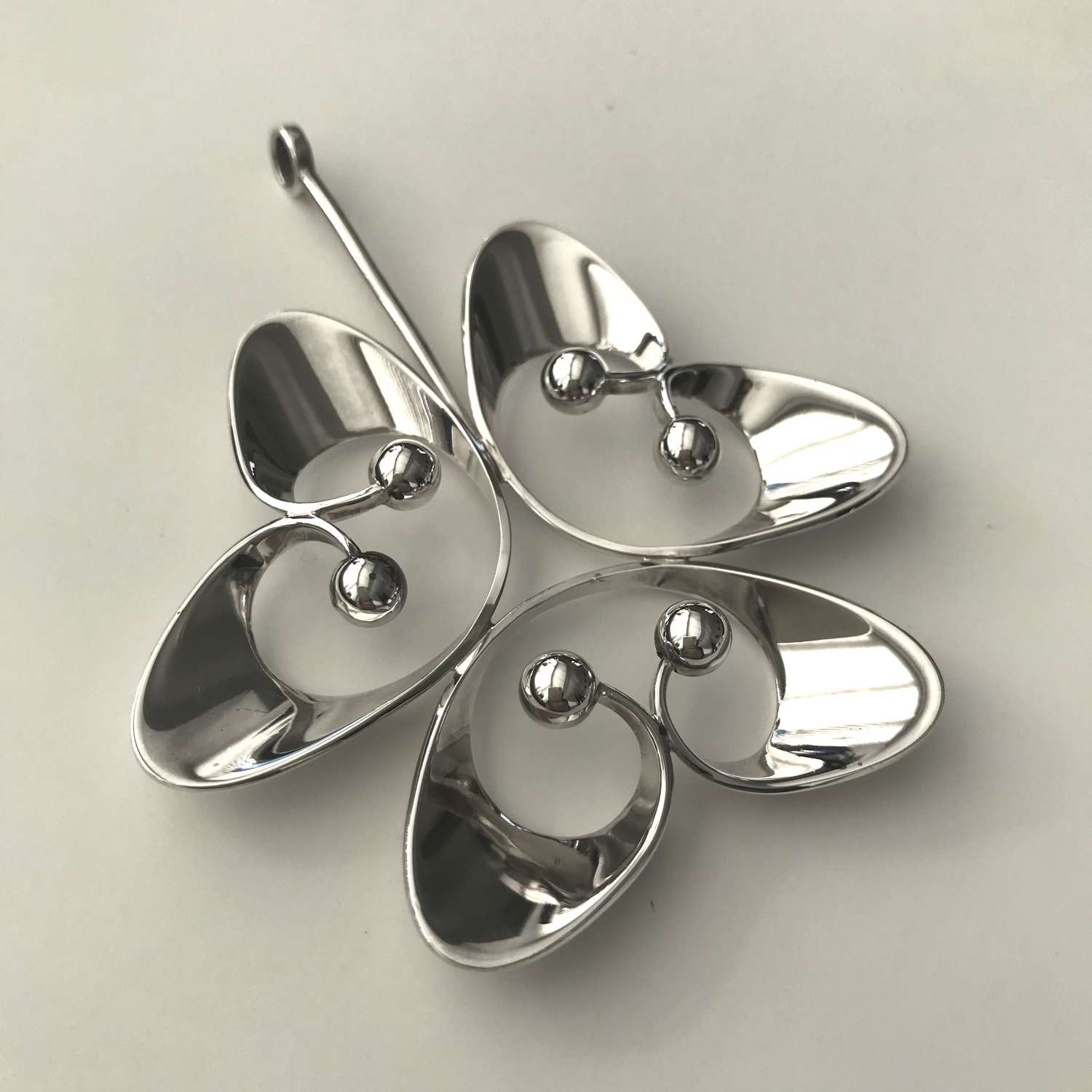 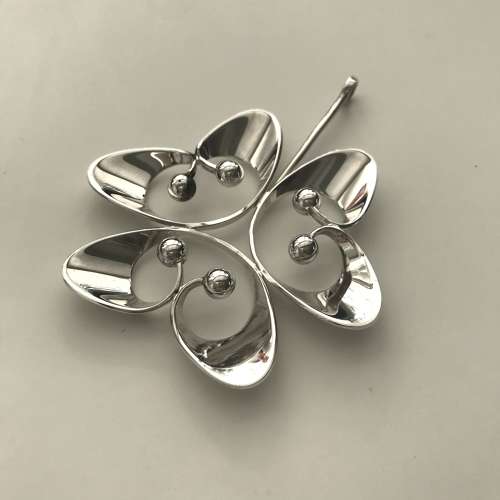 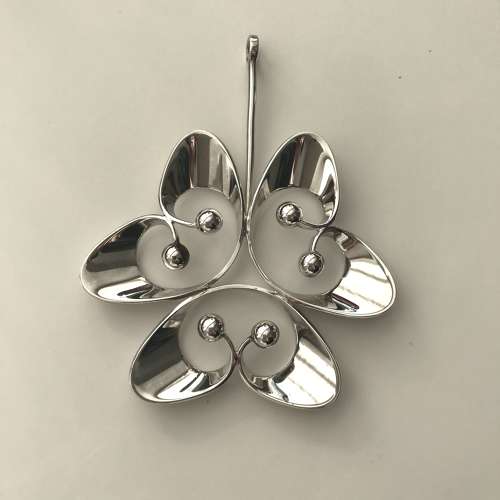 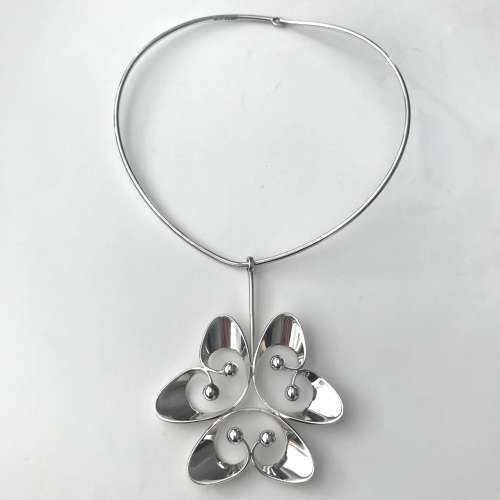 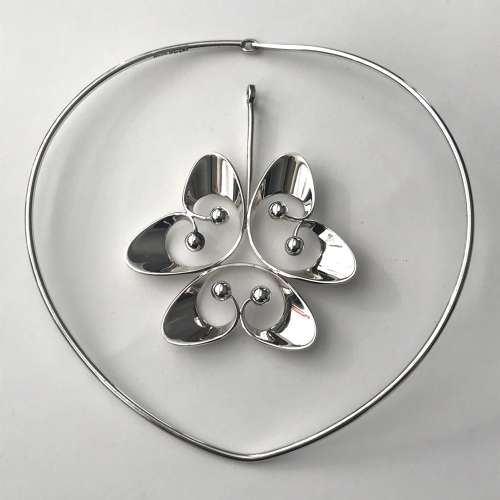 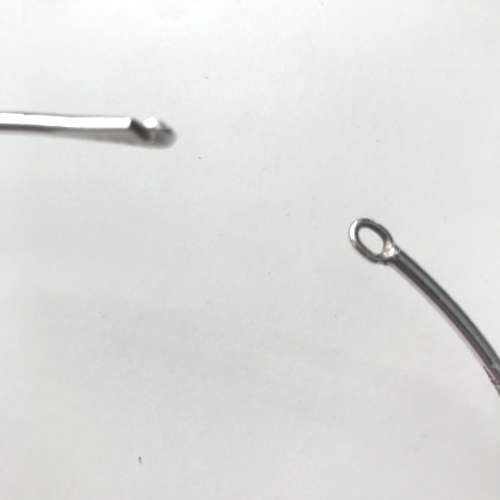 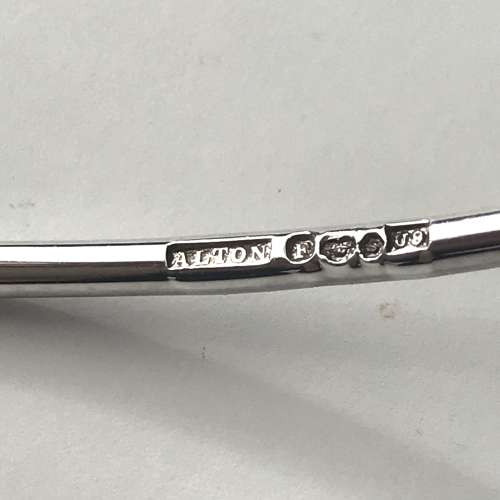 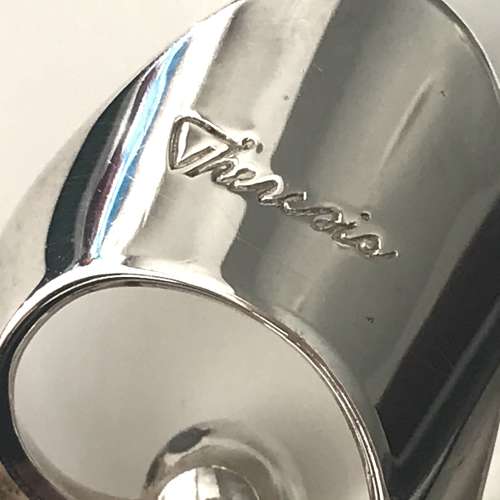 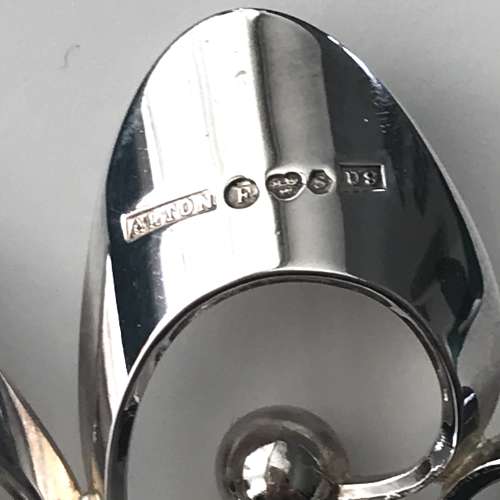 This beautiful modernist silver pendant has a stylised floral  design. It measures approximately 8.7x6.5 cm and is on a silver torque measuring 38 cm. Together they weigh 45.8g.

Theresia Hvorslev (1935 — ) studied at the National College of Art HKS in Stockholm, then worked as an apprentice at Georg Jensen in Copenhagen and Bernadotte and Bjőrn architect design studio. She won several awards including the Diamonds International Awards three times, and is now recognized as one of the most influential contemporary Swedish jewellers. Her work is represented in the collections of several museums in Scandinavia and the Cooper-Hewitt Museum in New York.

Theresia Hvorslev continues to work as a designer and consultant to the company which is now managed by her daughter.