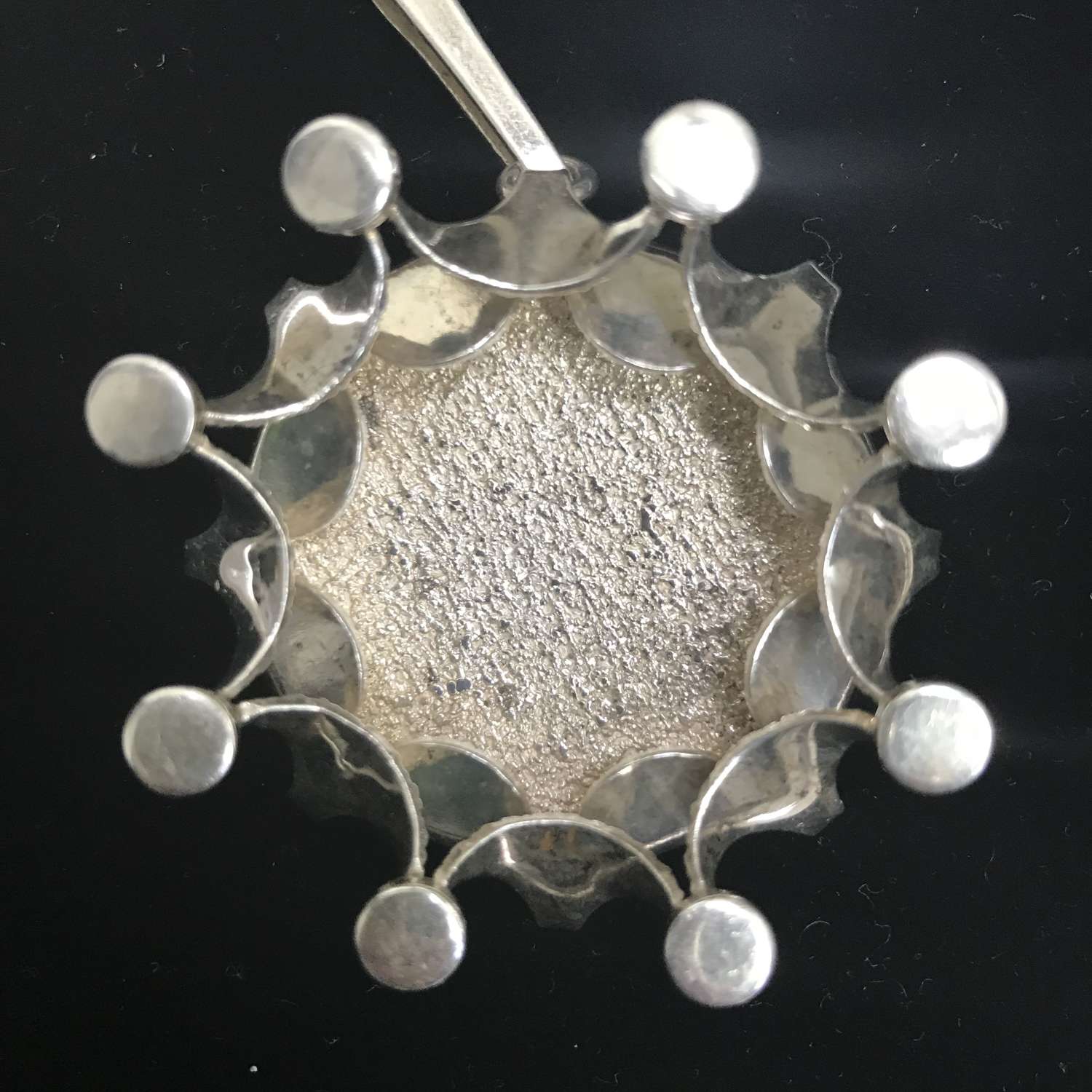 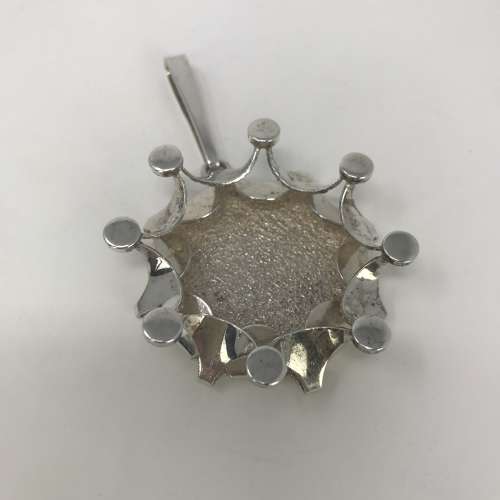 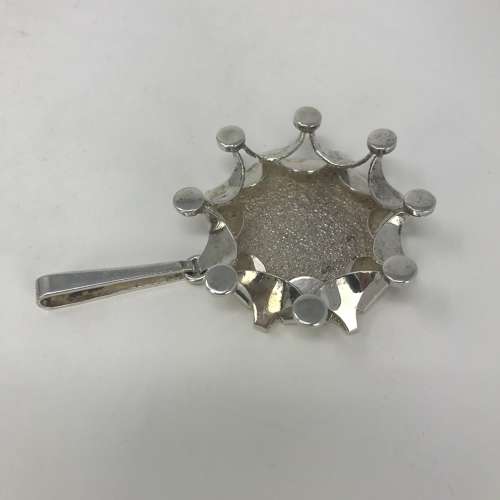 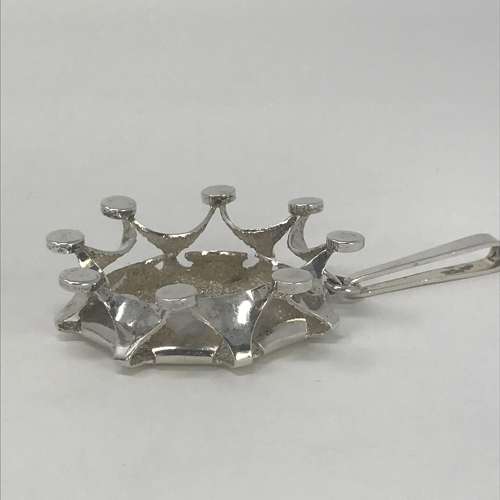 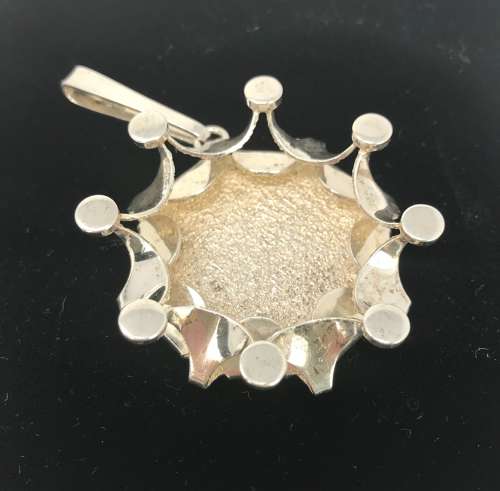 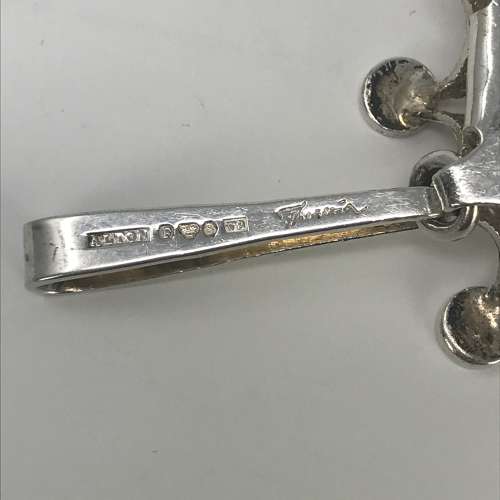 This rare silver pendant by Theresia Hvorslev is designed like a corona from a splash. It would look equally stunning worn on a short or long chain or on a torque/neck ring.

The pendant is stamped with the Swedish silver control marks, stamps for Alton and Theresia, F for Falkoping and V8 for 1971. It is in very good used condition, though has some light tarnish (see photos).

Theresia Hvorslev (1935 — ) studied at the National College of Art HKS in Stockholm, then worked as an apprentice at Georg Jensen in Copenhagen and Bernadotte and Bjőrn architect design studio. She won several awards including the Diamonds International Awards three times, and is now recognized as one of the most influential contemporary Swedish jewellers. Her work is represented in the collections of several museums in Scandinavia and the Cooper-Hewitt Museum in New York.

Theresia Hvorslev continues to work as a designer and consultant to the company which is now managed by her daughter.