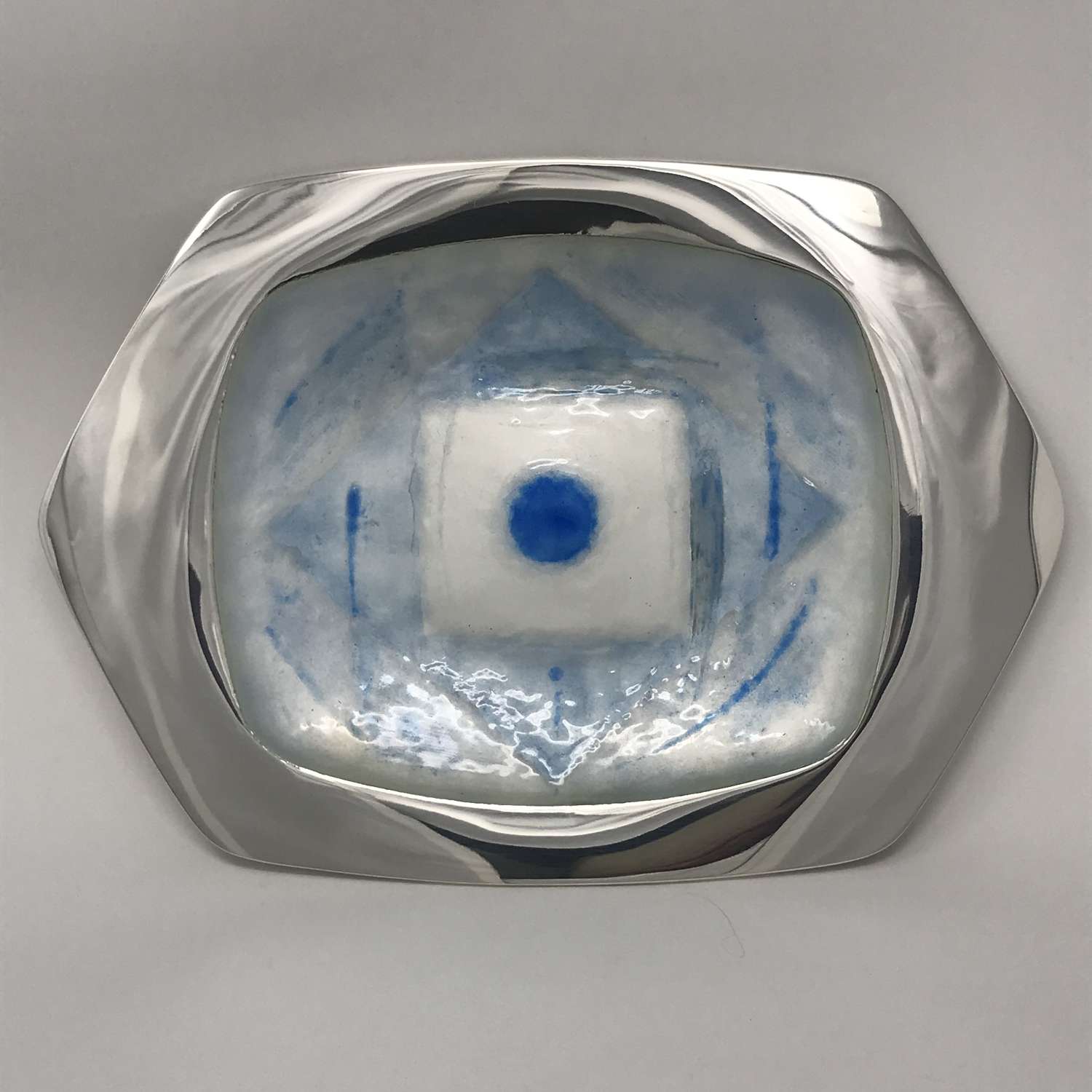 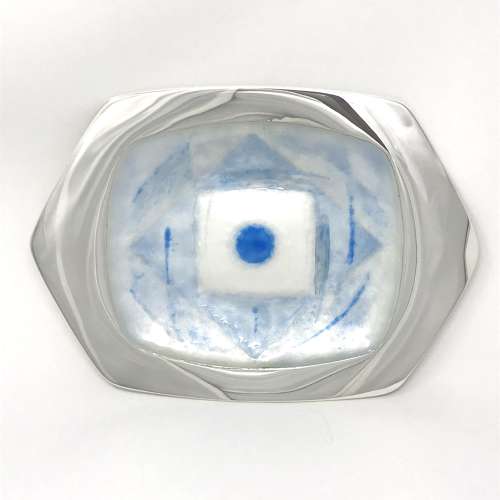 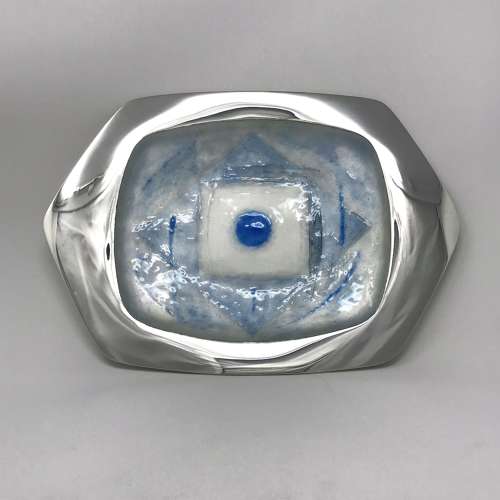 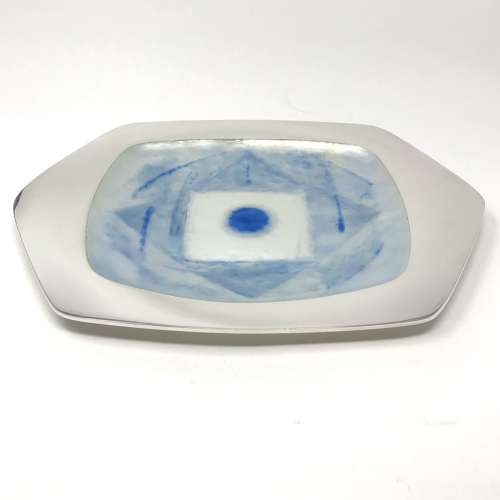 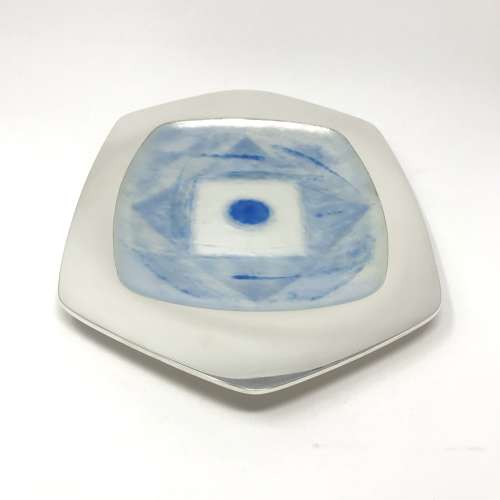 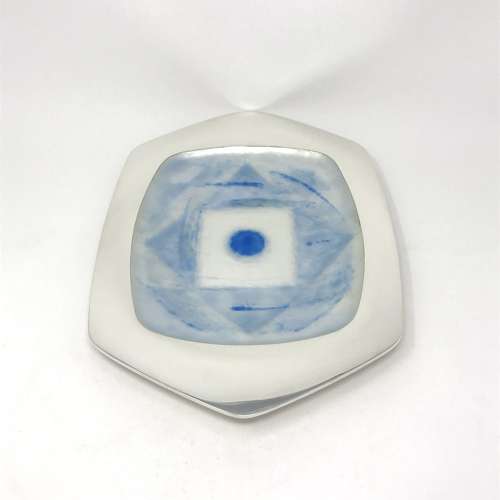 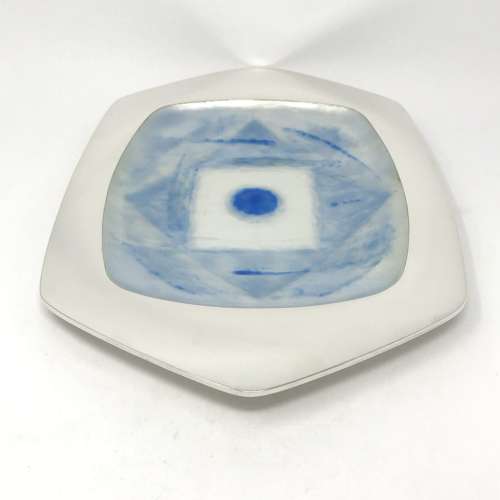 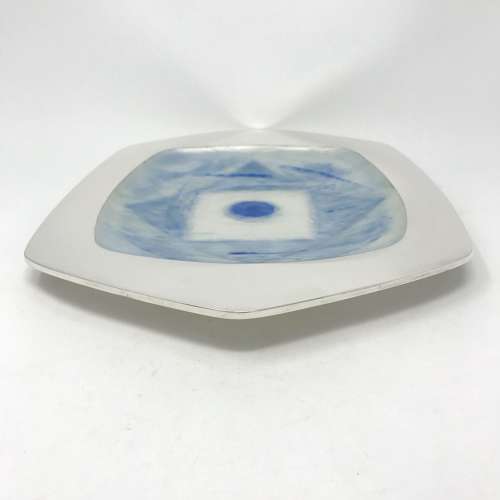 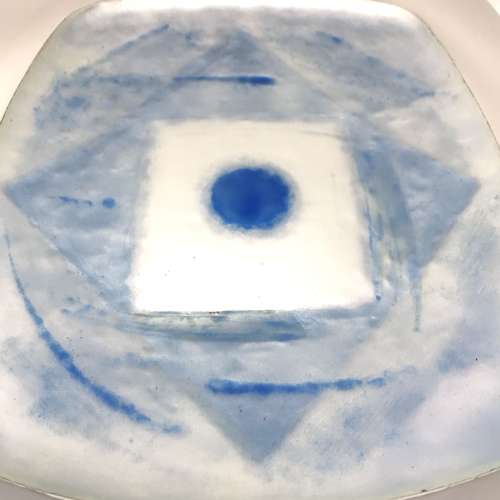 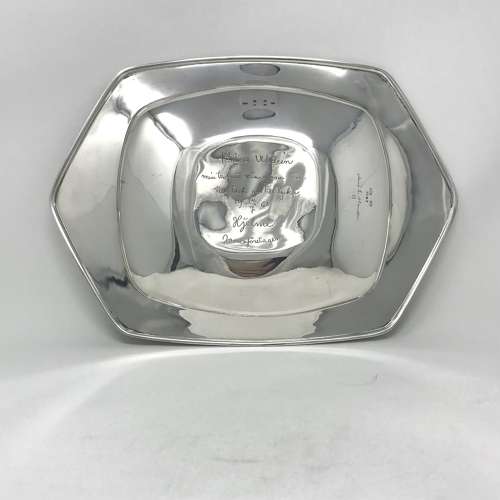 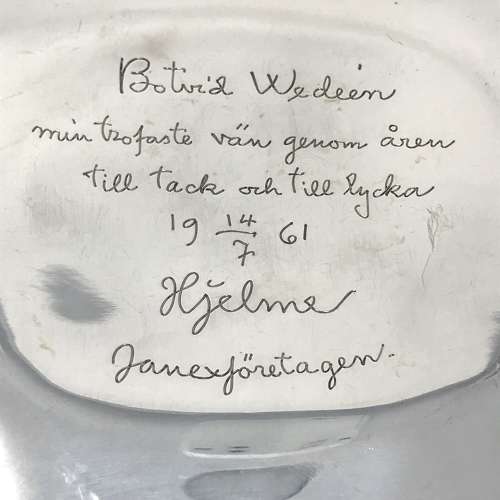 An Arne L Hansen silver tray with white and blue enamel for Anton Michelsen, Denmark 1960. Danish hallmarks for Copenhagen 1960. The tray has a presentation inscription on the base dated to 1961.

A rare and spectacular piece of enamelled modernist silver for one of the leading Danish silver workshops. Gross weight 902g. These pieces were hand-made and individually numbered. This example is number 11.

Arne L Hansen (1921-2009) was a Danish artist and designer who had many exhibitions. As well as his paintings he designed ceramics for Kahler and other items for leading Danish craft producers.

Anton Michelsen was a leading Danish jewellers and silversmiths established in 1841. They became part of the Royal Copenhagen group, along with Georg Jensen, in 1985.