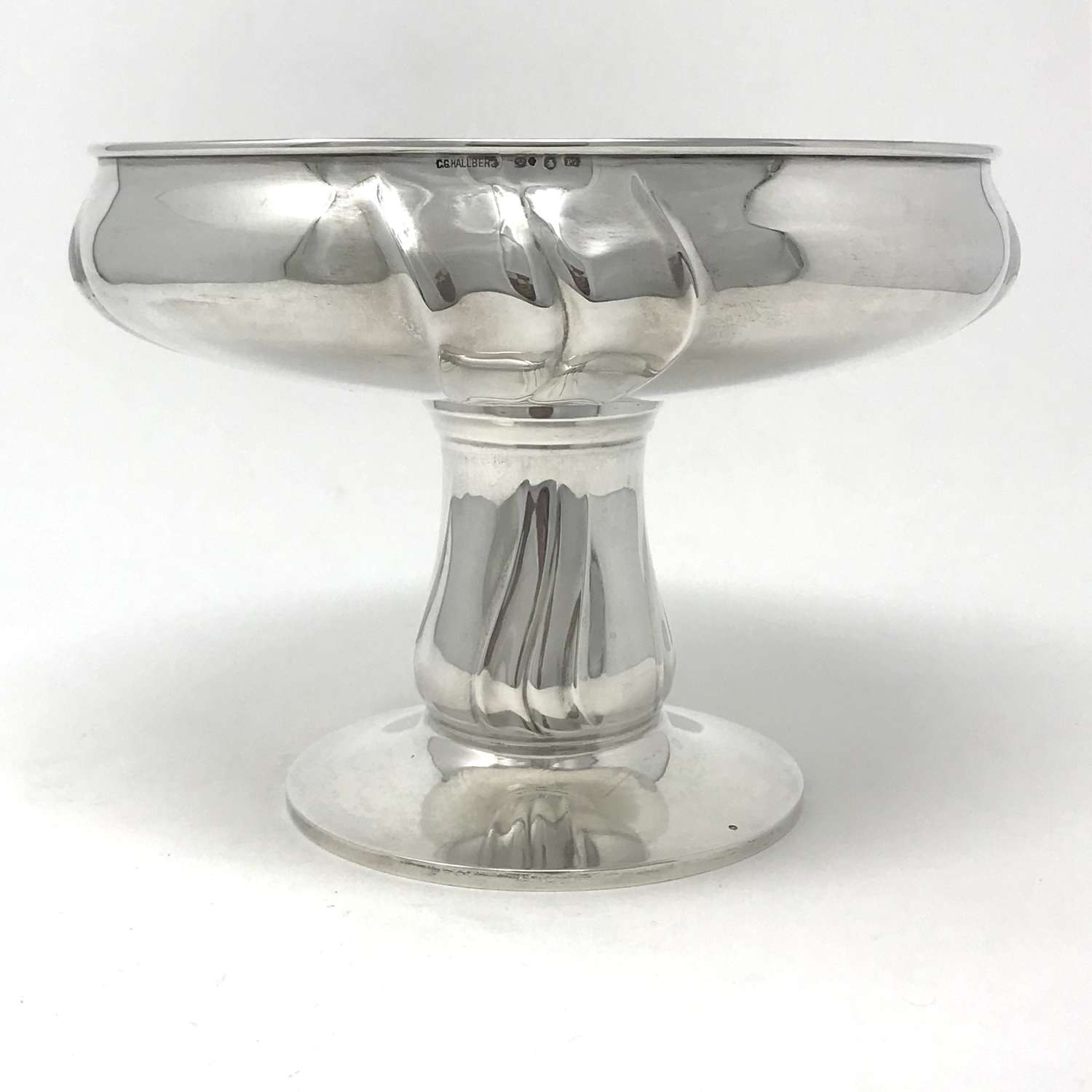 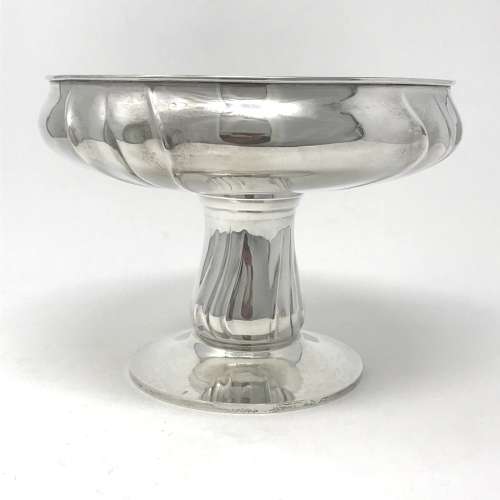 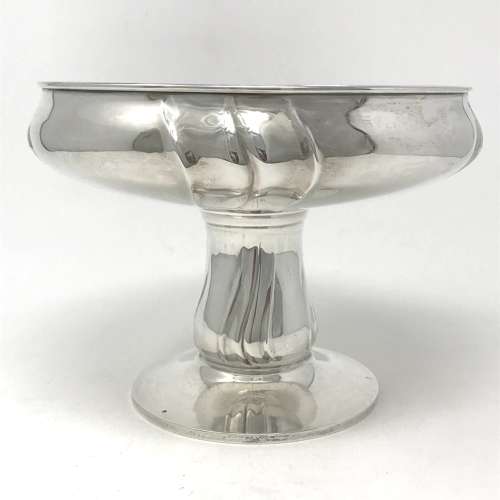 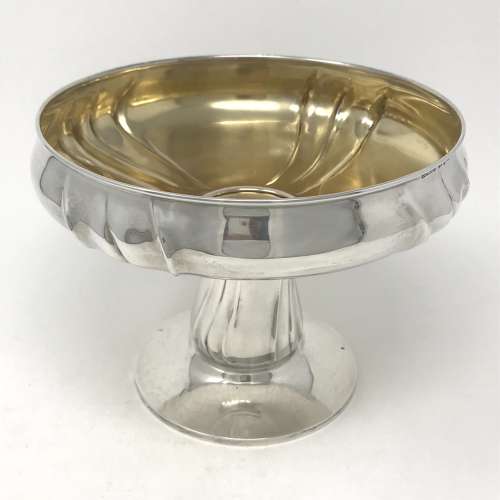 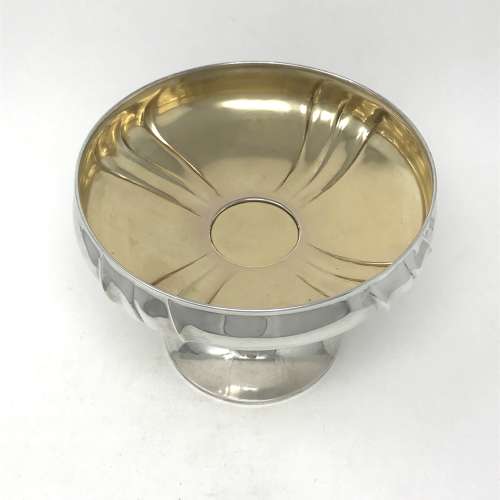 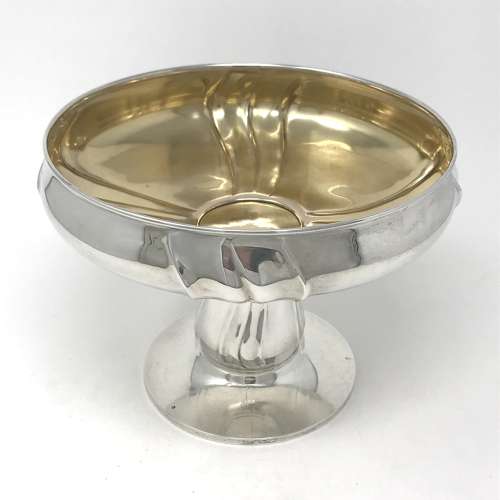 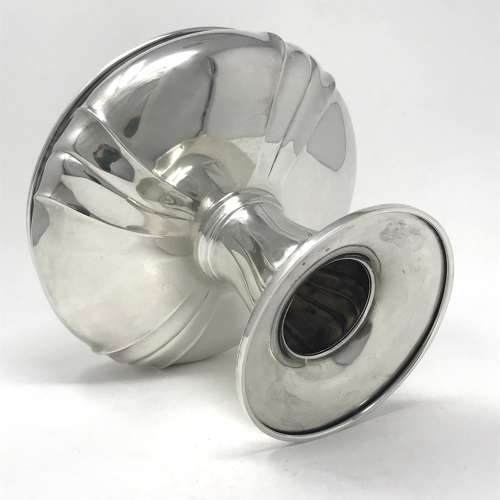 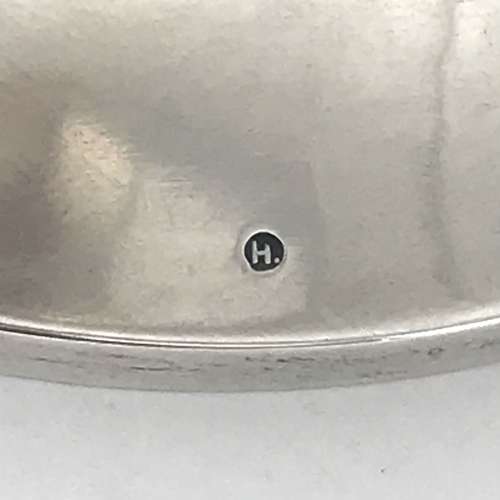 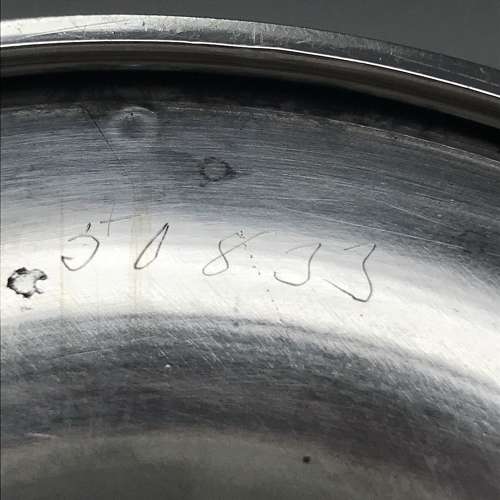 Hallmarked to rim with Swedish import hallmarks including date for 1917.  There is also a number 50833 lightly engraved on the base, either a model number or later museum catalogue number. Grade of silver not mentioned, likely to be below 925 during this period. Weight 386g

C. G. Hallberg were a leading firm making gold, silver and jewellery items based in Stockholm, Sweden. They were founded in 1960 and existed until 1961 when the merged with the GAB. During their history they were Jewellers to the Swedish Royal Family.