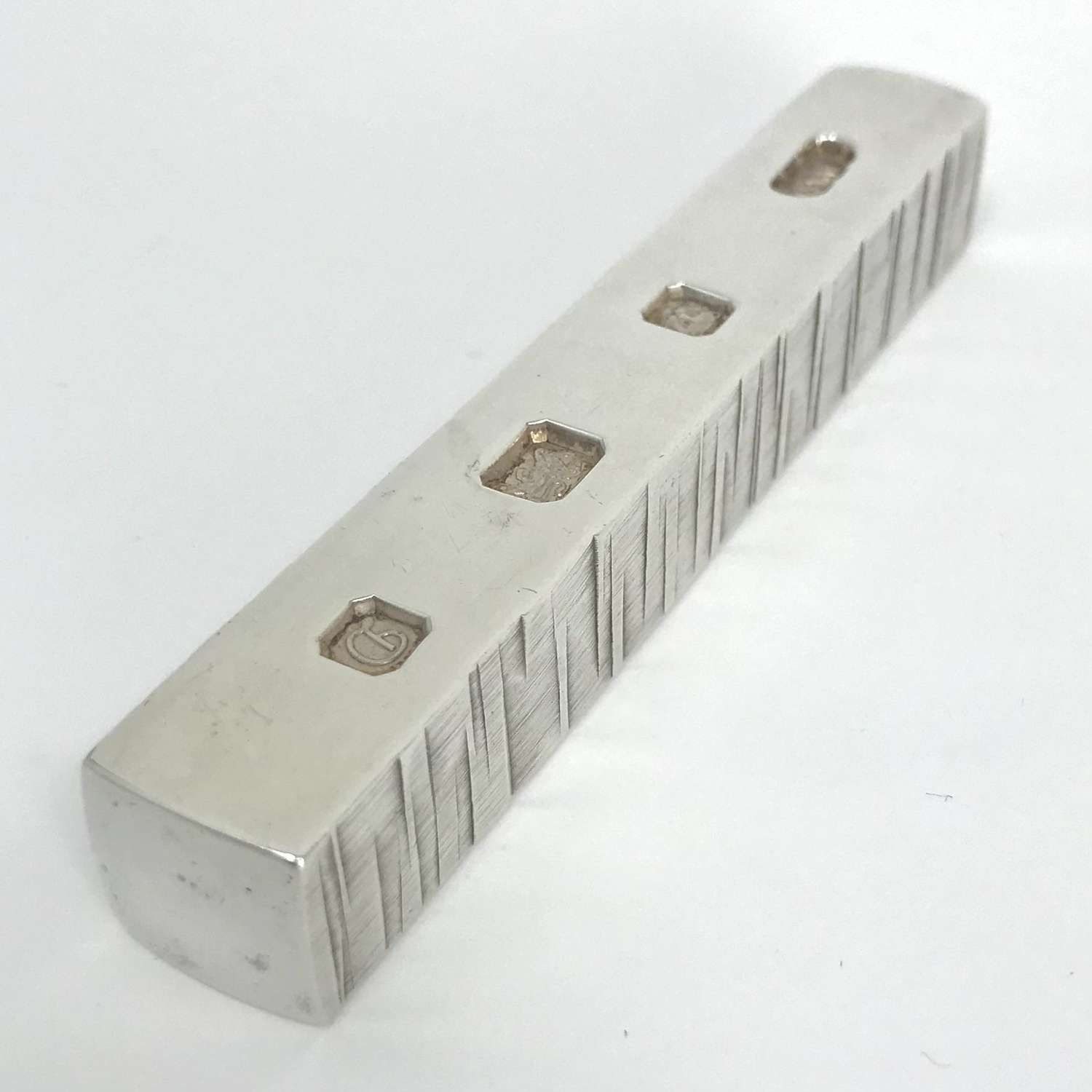 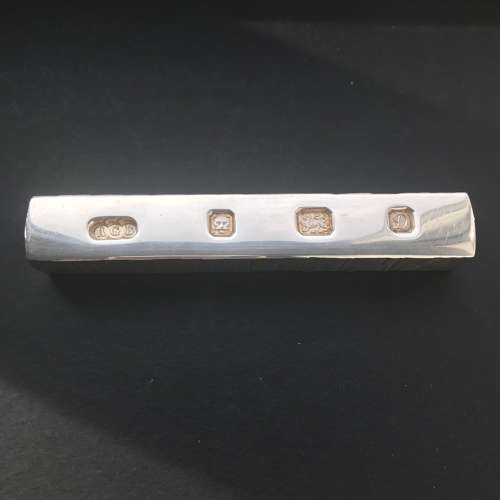 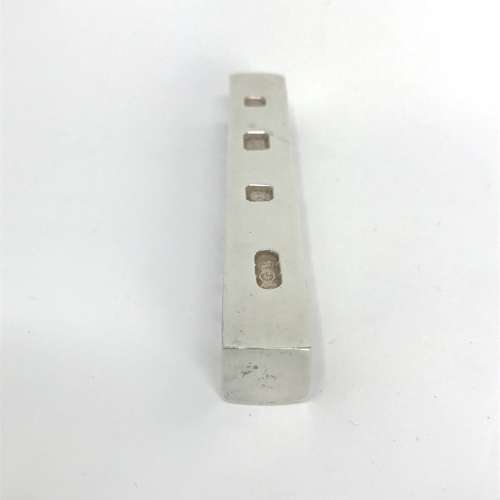 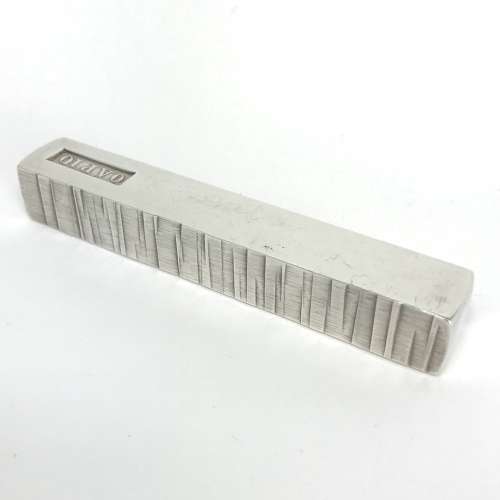 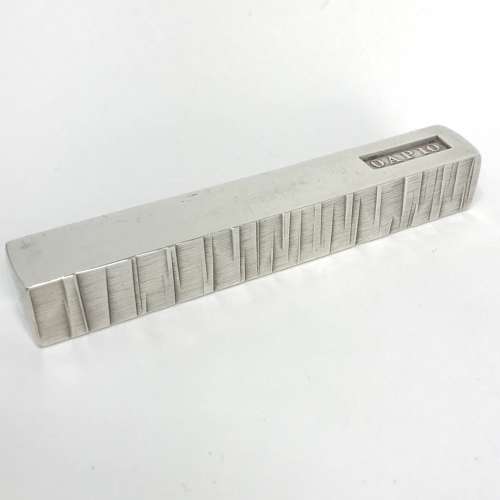 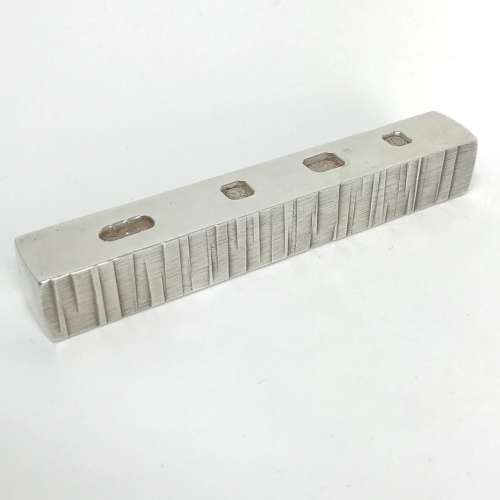 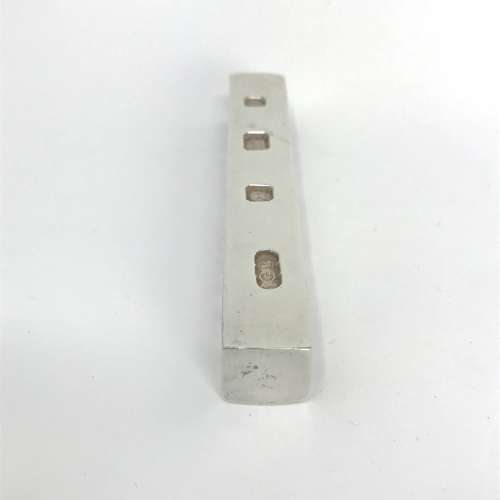 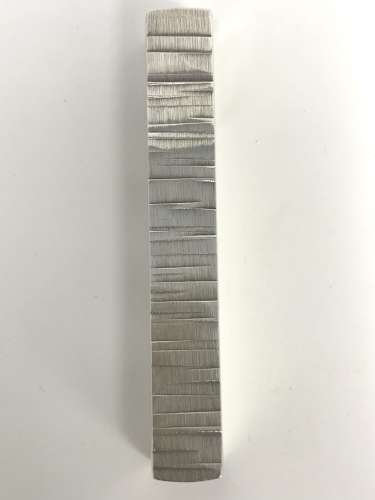 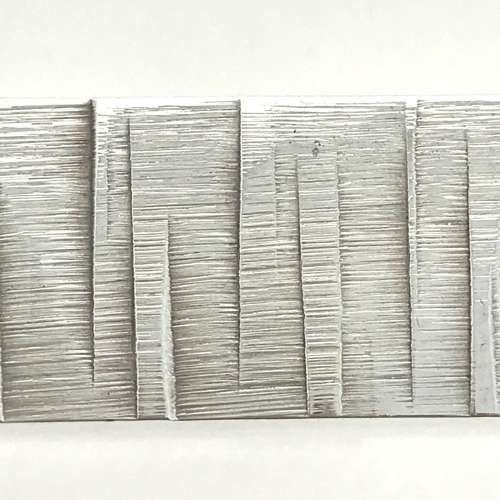 Ove Arup Partners commissioned this paperweight and they were given to employees on reaching 10 years service with the company.

Gerald Benney (1930-2008) was a leading English goldsmith in the post-war years. Inspired by Scandinavian design, he was the holder of four Royal Warrants. He designed the altar plate for Coventry Cathedral and several university maces. He is particularly well known for his introduction of bark effect in his designs, a feature also found on designs of Scandinavian glass. As well as producing commissioned pieces in gold and silver he was one of the leading designers of stainless steel tablewares and cutlery in the 1960s, especially through his designs for Viners of Sheffield. He was awarded the CBE for services to art in 1995.