Some of you may have noticed that we have recently created a new section on our website this month for modernist silver.  Other metal wares will be listed separately. We plan to increase the number of pieces of post-war silver as part of our range over the coming months, focusing primarily on designers from Scandinavia and the UK, including, this month, a silver and gilt wine goblet by Grant Macdonald from 1979.

Before we get to that one of this month’s highlights is a mixed media work by the notable Art Informel artist Ladislas Kijno (1921-2012). He was born in Poland but emigrated to France aged four. He was an important figure in the post-War Ecole de Paris art circles. He championed an abstract expressionist style, a philosophical approach to art and later produced work that influenced what was to become the street art tradition that emerged in France in the 1960s. Picasso was an admirer of his work. This piece came from a private collection in Sweden. It has been re-framed with high quality non-reflective glass. 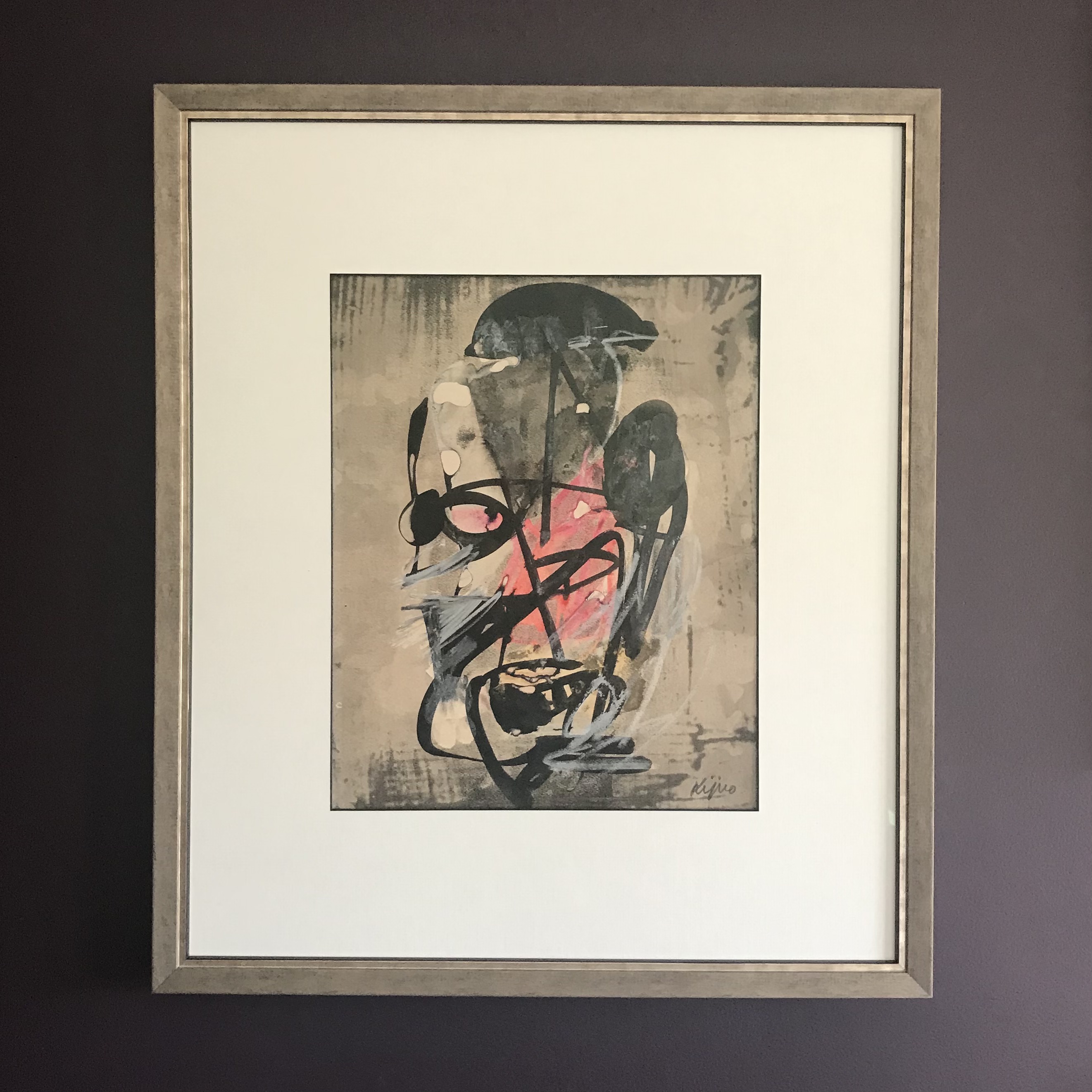 We also have a collage by the contemporary Arizona-based artist Scott Hile that draws references from the Dada movement and artists like Kurt Schwitters. 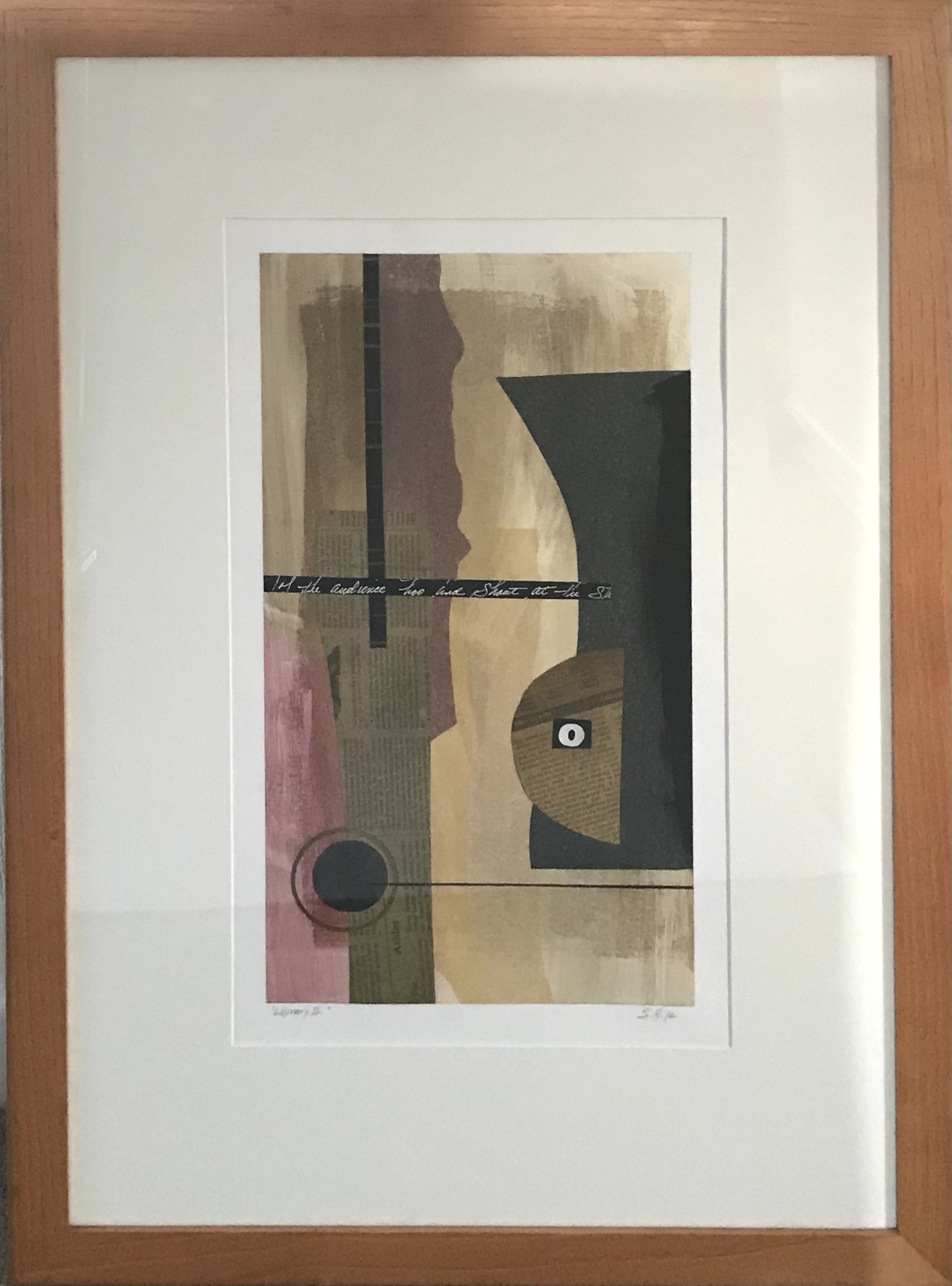 This month we are including seven pieces of Scandinavian ceramics by just one ceramicist Jais Nielsen (1885-1961) for both Royal Copenhagen and Saxbo. He was a modernist artist and sculptor as well as ceramicist who fused together biblical motifs with a distinctly modernist style. His work now has a strong following world-wide. 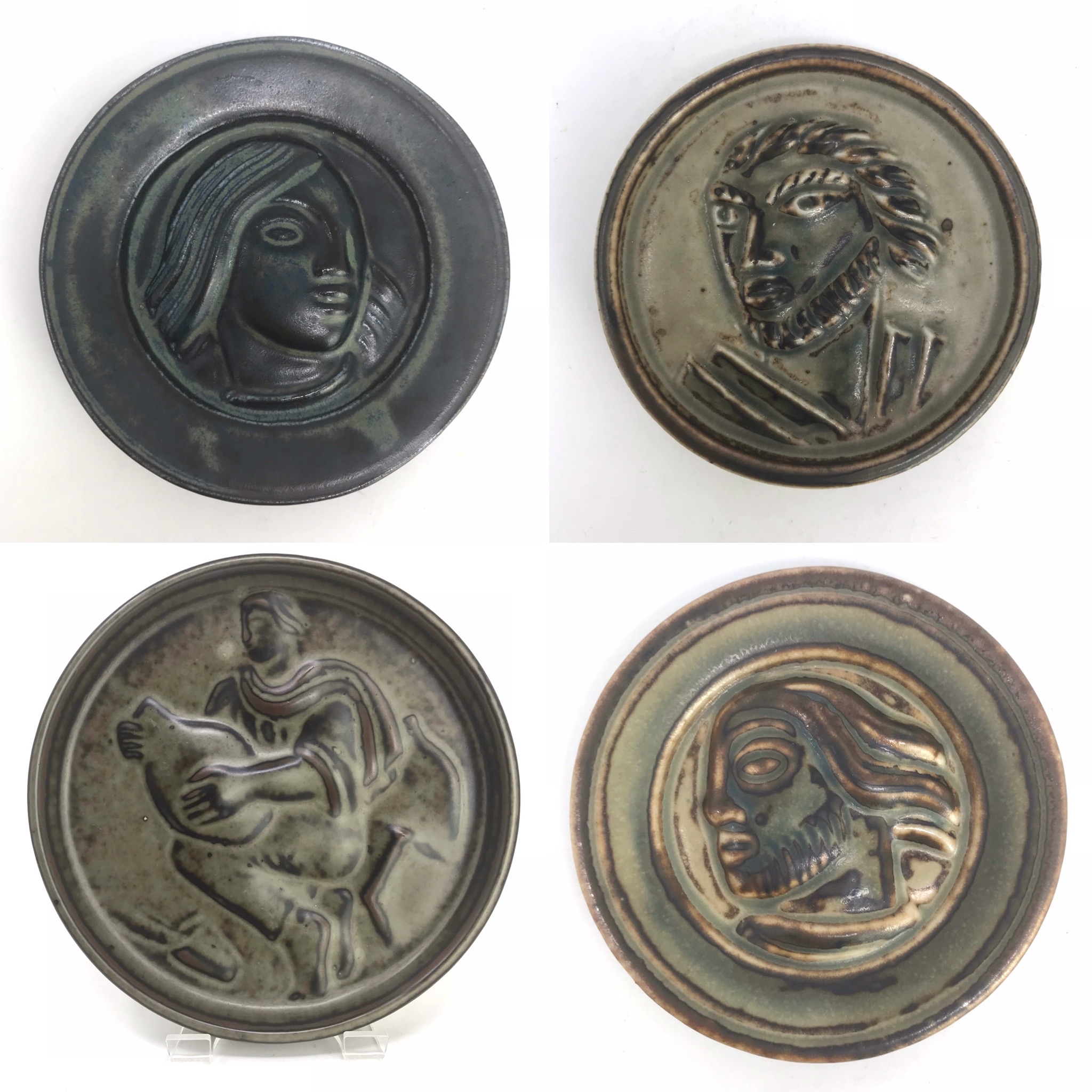 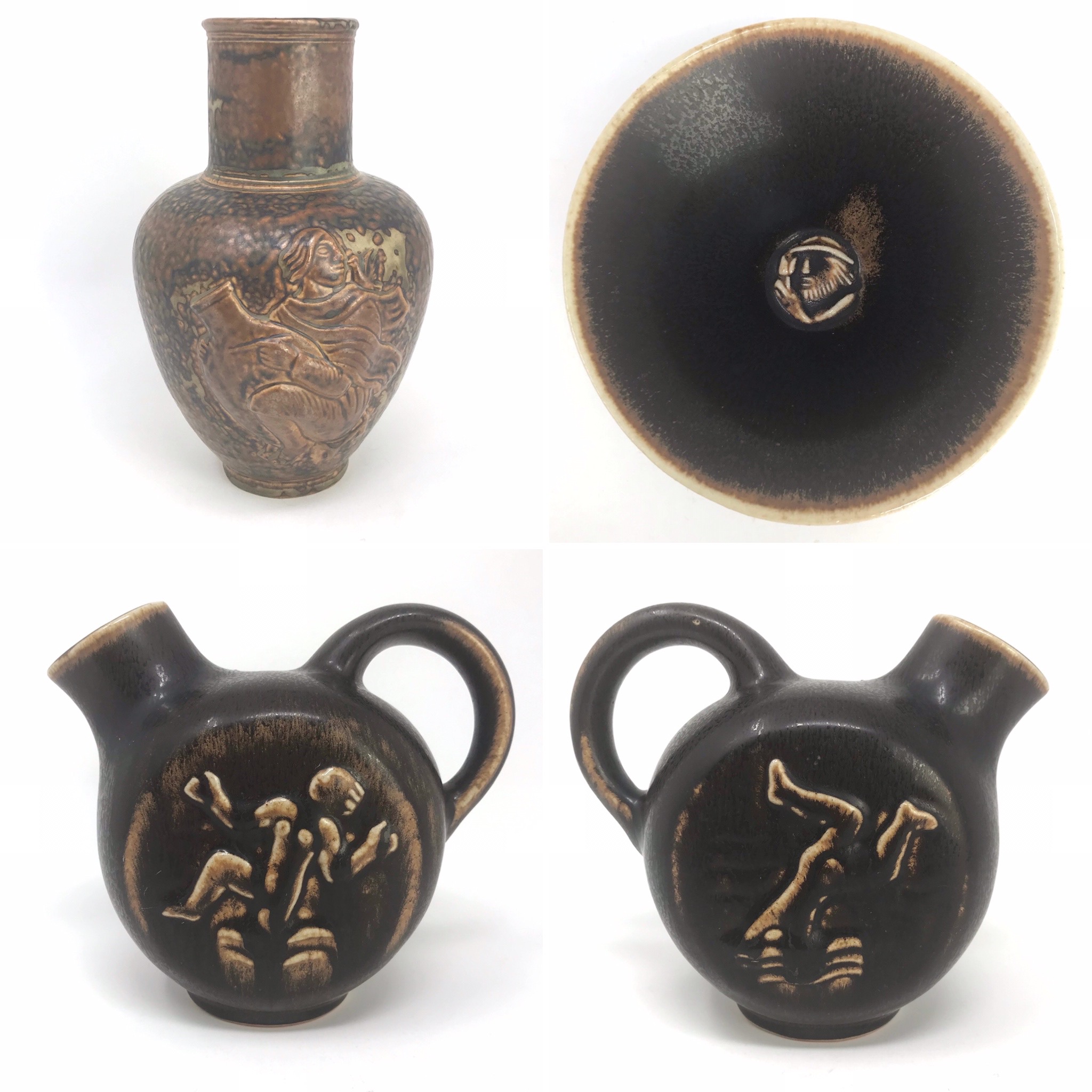 We also have another innovative ceramic tray by leading Italian ceramicist Guido Gambone. This is painted to look square but is actually rhomboid in shape. A great piece that highlights the importance of his innovative approach.

Enthusiasts for lava style glazing should also take a look at the Dutch piece we have by Frans Slot. And we have another piece of French studio pottery from Robert Perot who was based in Vallauris. 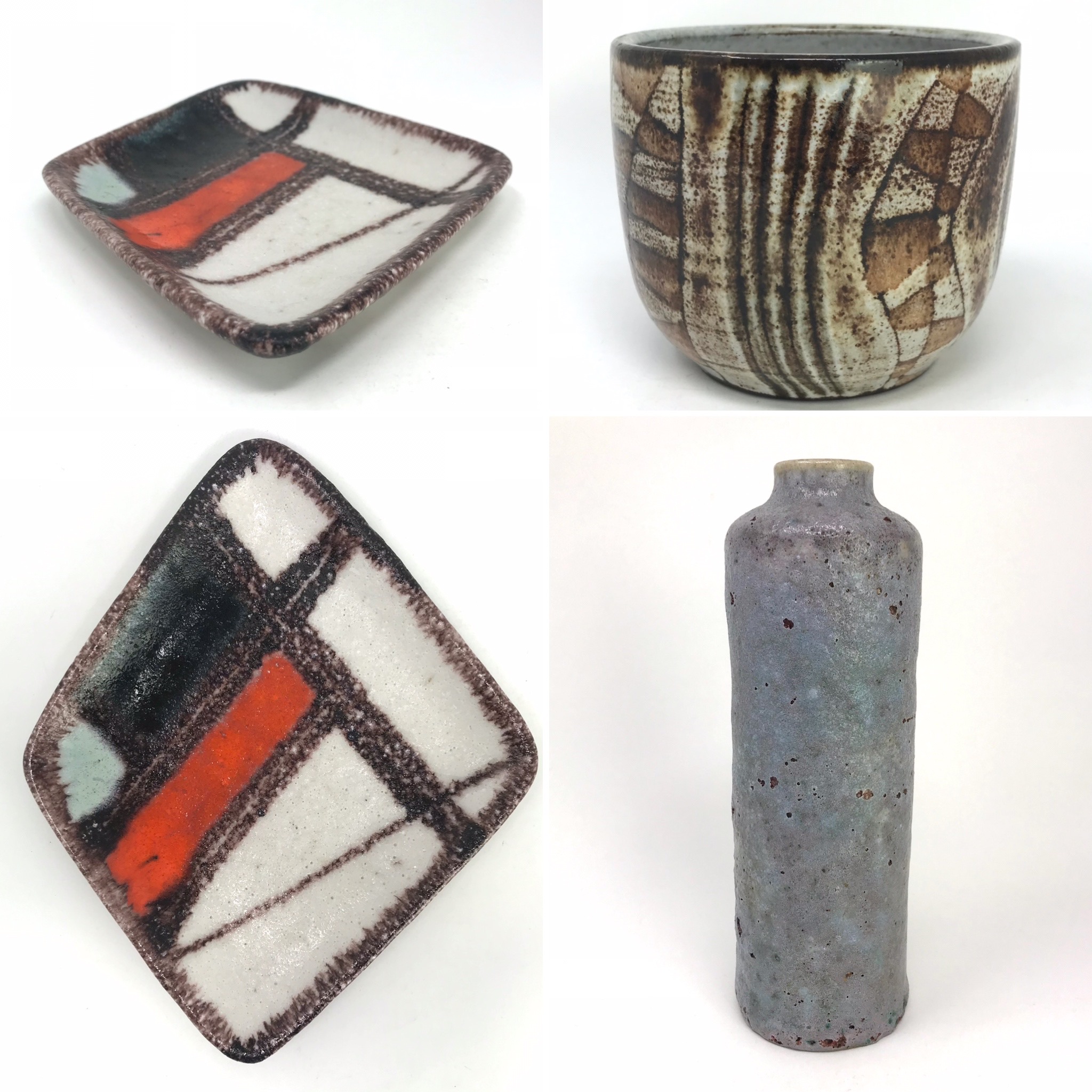 New glass items include two hand-painted goblets from her Open Minds series for Kosta Boda by Ulrika Hydman-Vallien. We also include a very stylish fruit bowl by her too. There is also an early expo piece by Nils Landberg for Orrefors and a majestically tall and slender Aristocrat decanter with stopper by Per Lutken for Holmegaard. 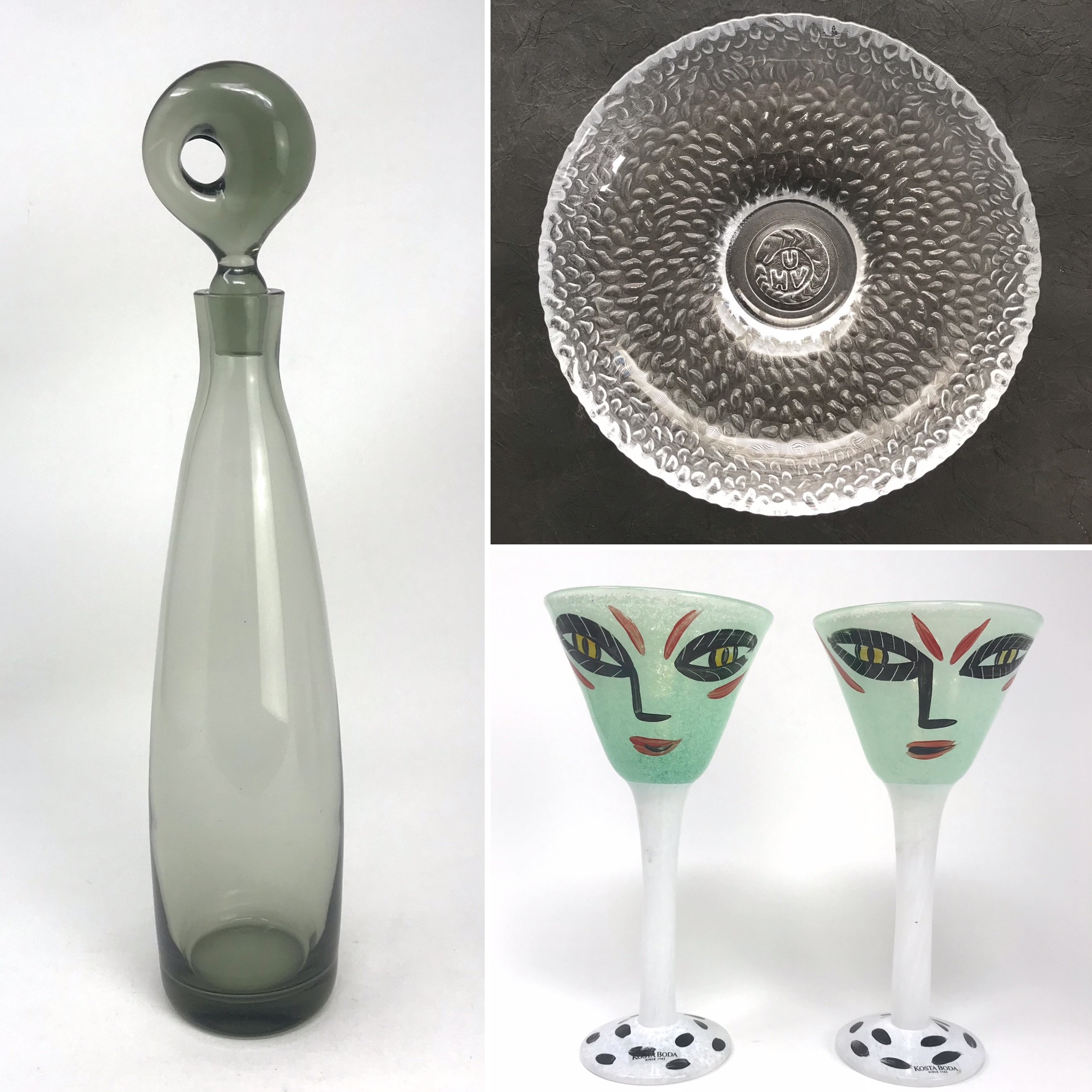 Our jewellery selection includes two pendants by the leading Swedish designer Theresia Hvorslev, a matching torque and bangle set by GFAB/SSA and another Swedish pendant shaped like a shield by Staffan Felin from 1989. 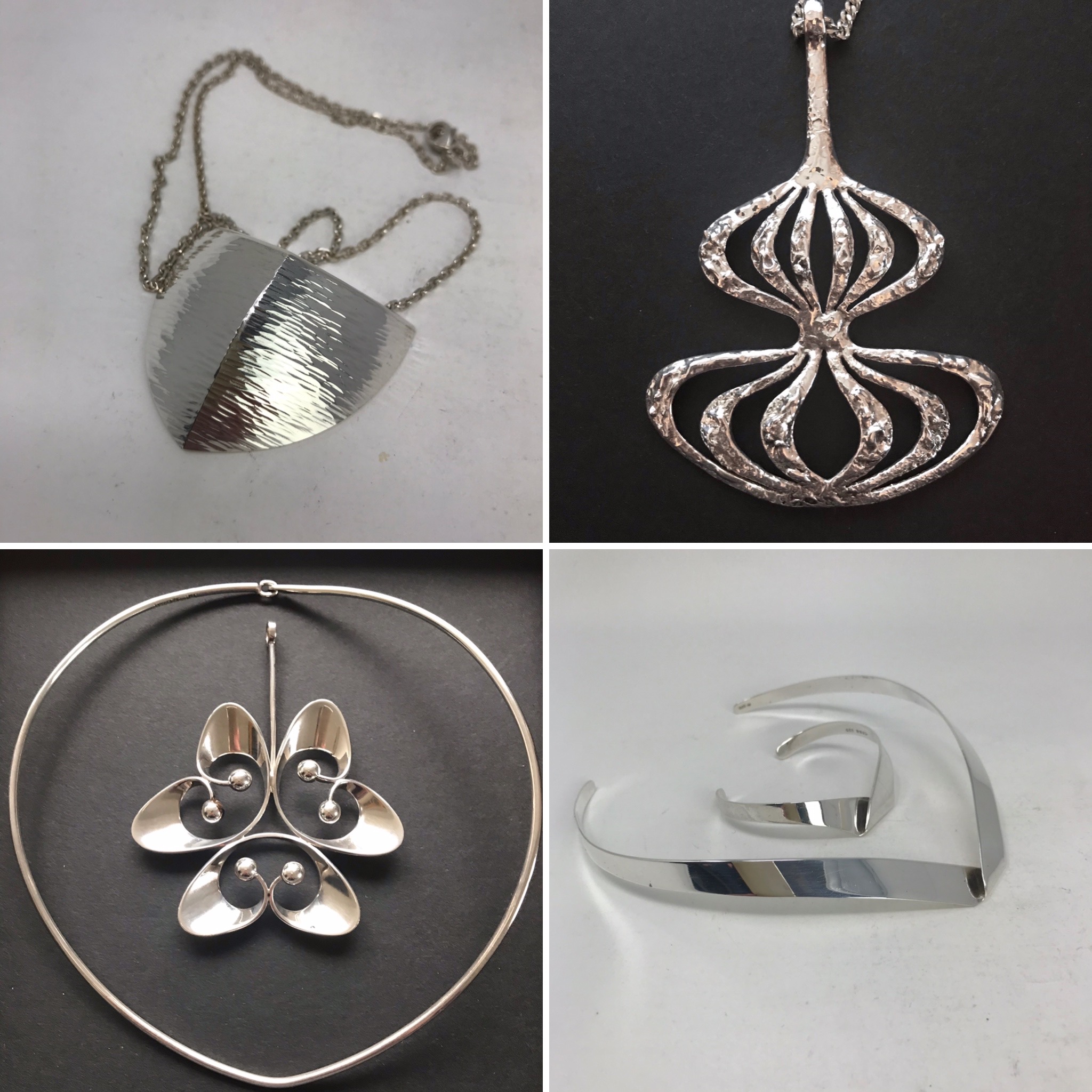 Finally to modernist silver. Our new piece this month is a superb silver wine goblet with a textured gilt stem by leading UK silversmith Grant Macdonald hallmarked London, 1979. He was awarded a Royal Warrant in 2017 and continues to produce the very highest quality silver and gold designs from his studio in London. 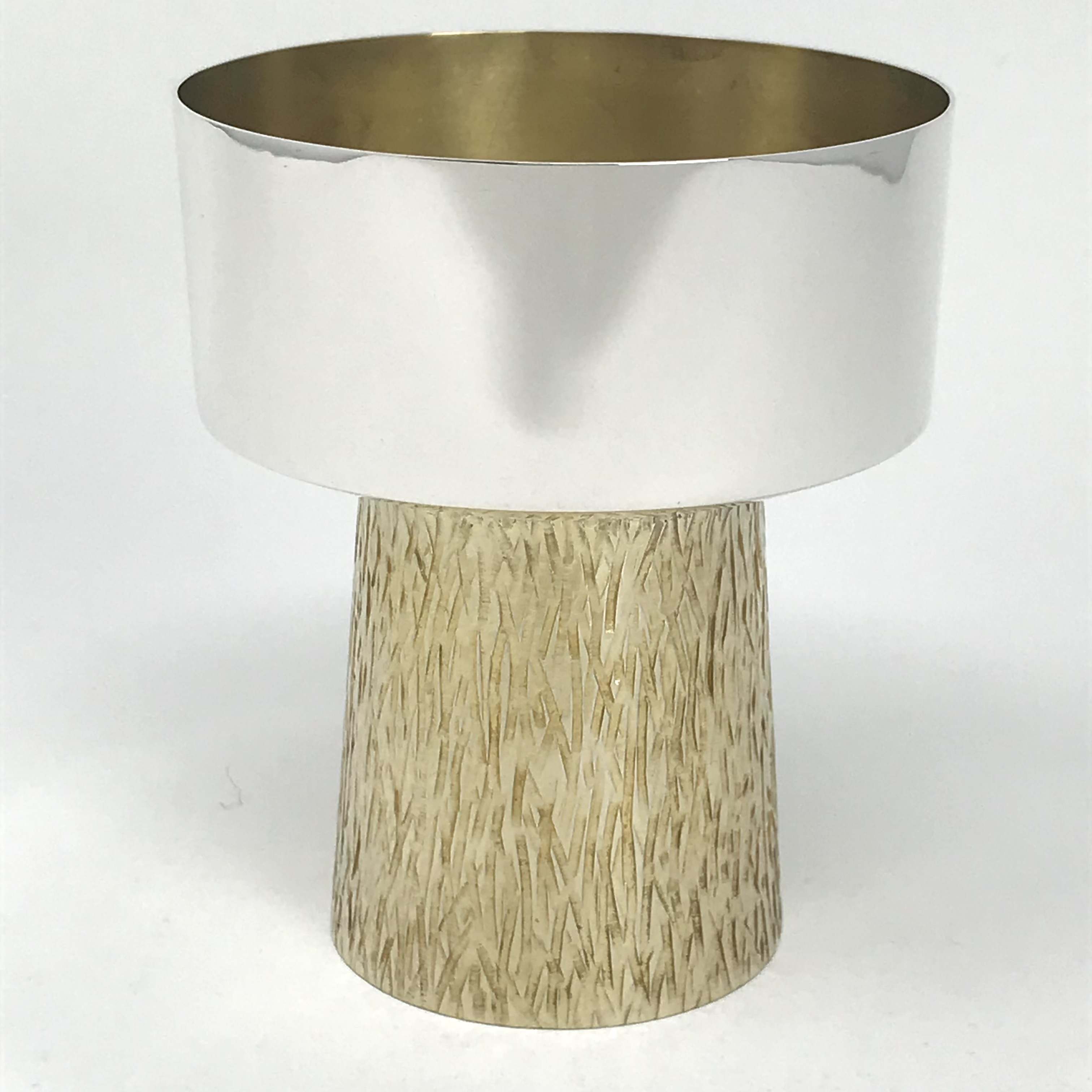