This month’s selection of new stock majors heavily on artist-made prints. Printmaking, which has existed since about the Fifteenth Century, took on an important development with modern art in the mid-Twentieth Century. Previously specialist craftspeople would make prints of an artist’s work. It was a craft in its own right. But from around this time many artists got directly involved in the process themselves. As ever, Picasso was at the forefront of this development in art and many others followed.

These prints could take different forms such as screenprints, lithographs, linocuts, woodcuts and etchings of the work. They are typically signed in pencil on the paper rather than in the printing plate itself to denote the artist’s direct involvement in producing the print and are also numbered in limited editions of anything from 2 to about 1000.  Sometimes you will find words and initials on the print such as AP (artist’s proof) EA (edition artiste) HC (hors commerce). These denote that they are the artist’s own test or proof copies of the print, sometimes numbered separately from the main edition, and often used in exhibitions, for promotional purposes or given away by the artist.

Buying prints is a very good way of collecting the work of a significant artist. Not only are they more affordable than the paintings of that artist they have intrinsic qualities in their own right. Sometimes artists would try out new ideas in a print that they wouldn’t do in a painting. They are much more than just copies and have a strong following. 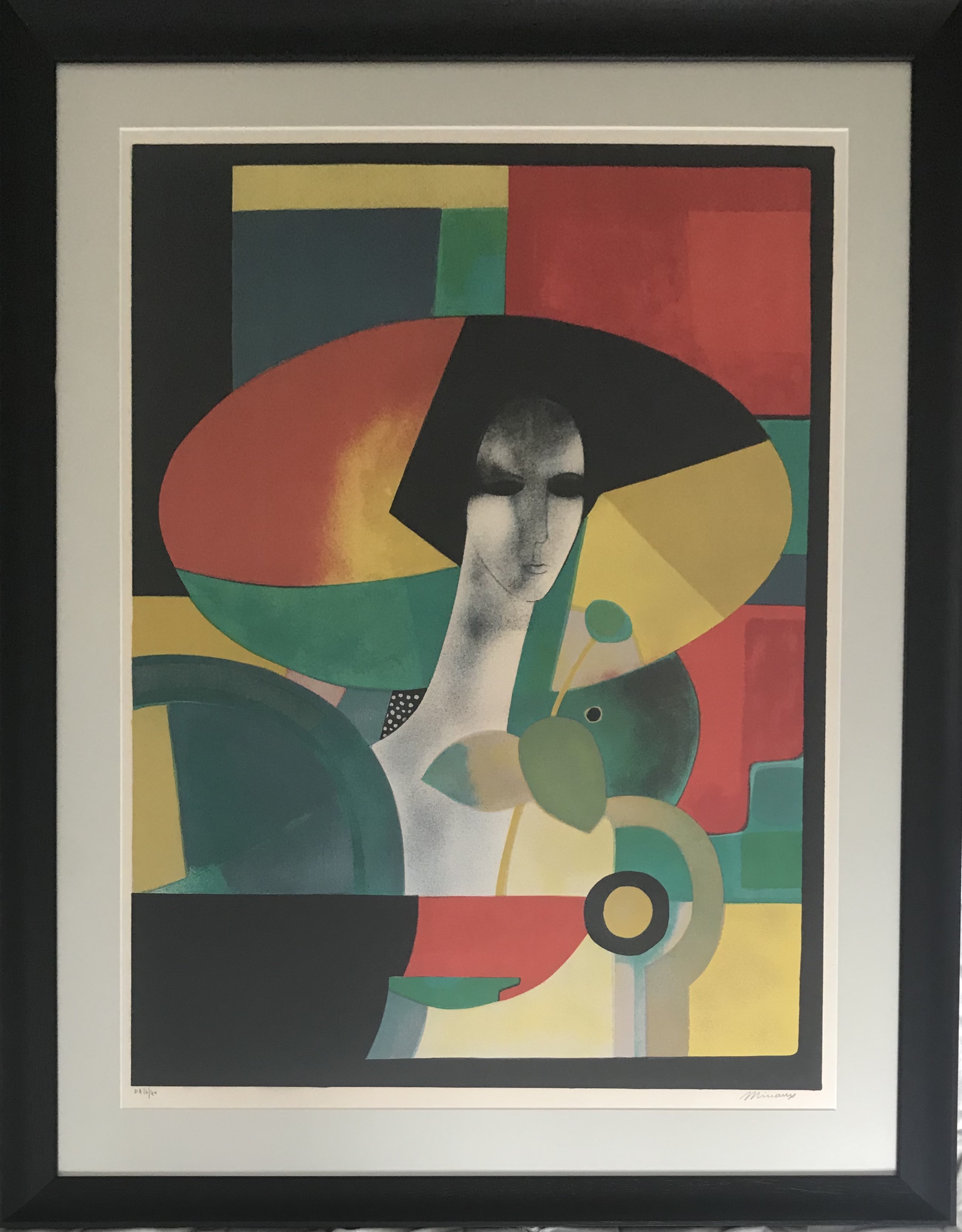 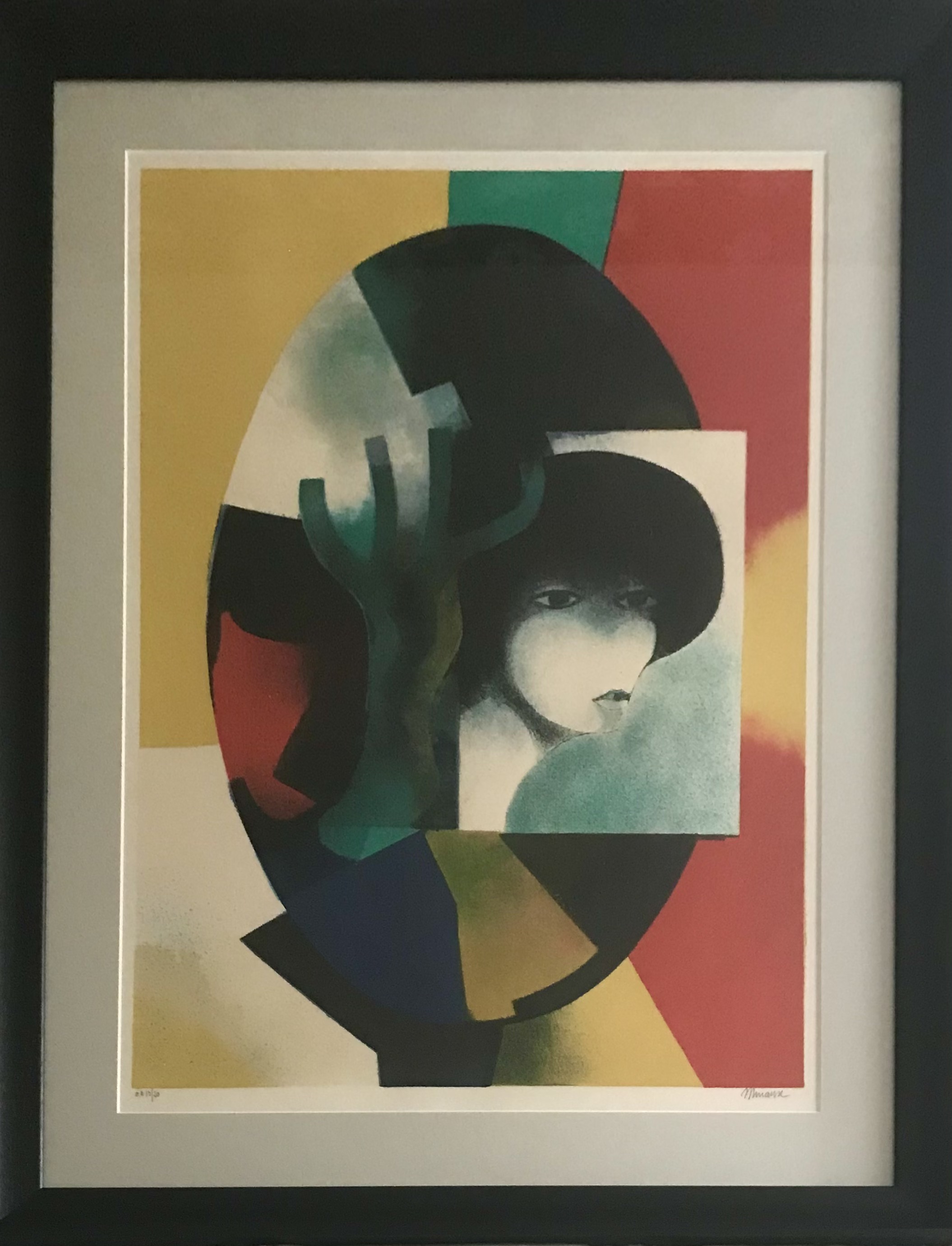 We start our selection with two beautiful and large artist’s proof prints by the French artist André Minaux. Minaux came to prominence in the so-called Nouvelle Ecole de Paris in the late 1940s. He specialised in printmaking in a realist rather than abstract style, often depicting women in interior settings. These speak so vividly of Parisian style and elegance. We also have a print by the Swedish artist Esaias Thorén, a leading modernist artist in Sweden.  By the time he produced this work in 1952 he was moving away from his earlier surrealist style but this still has strong modernist resonances. 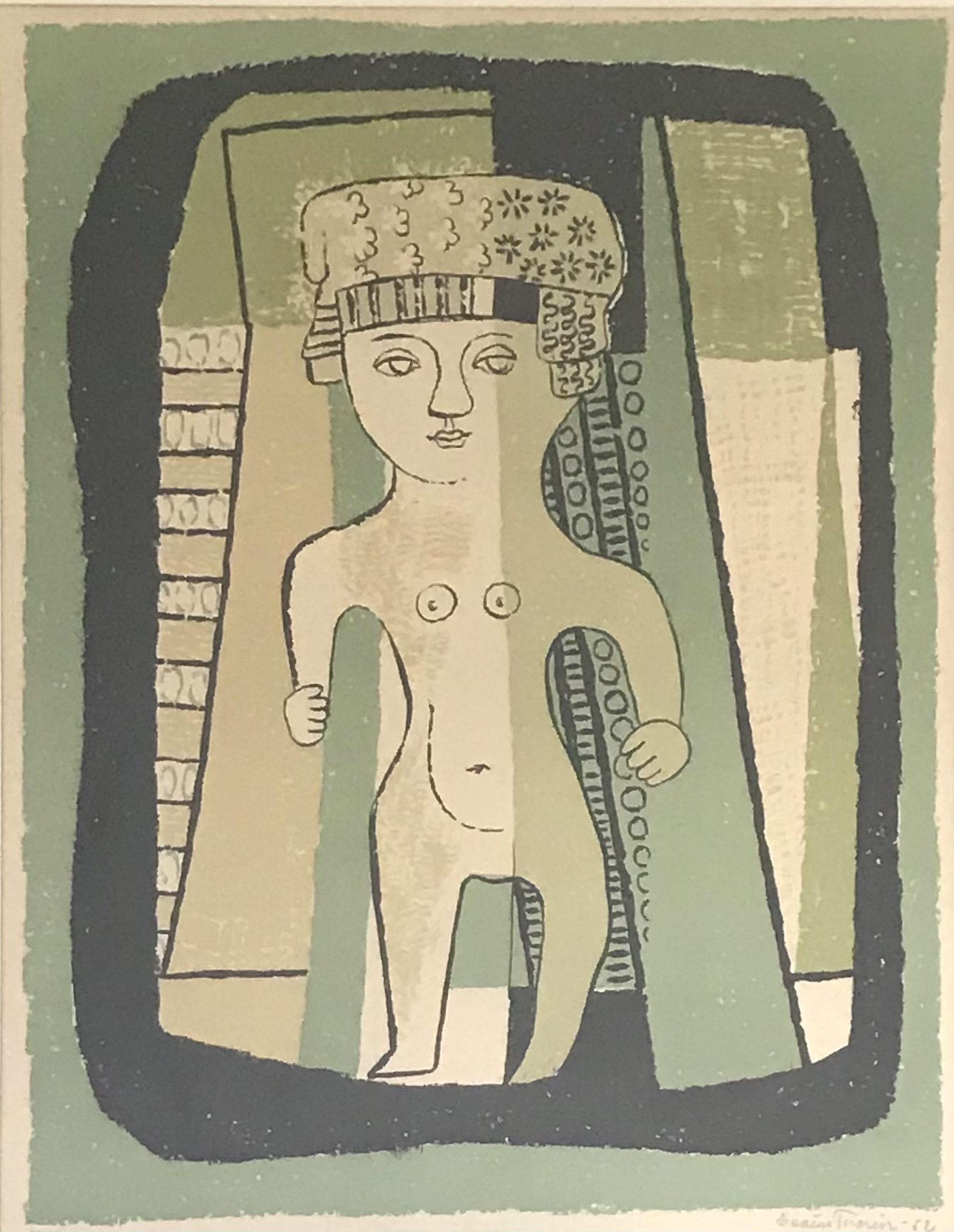 Also from Sweden are six linocuts of biblical and mythological subjects by Åke Holm. This adds to our collection of his work already listed on our website. 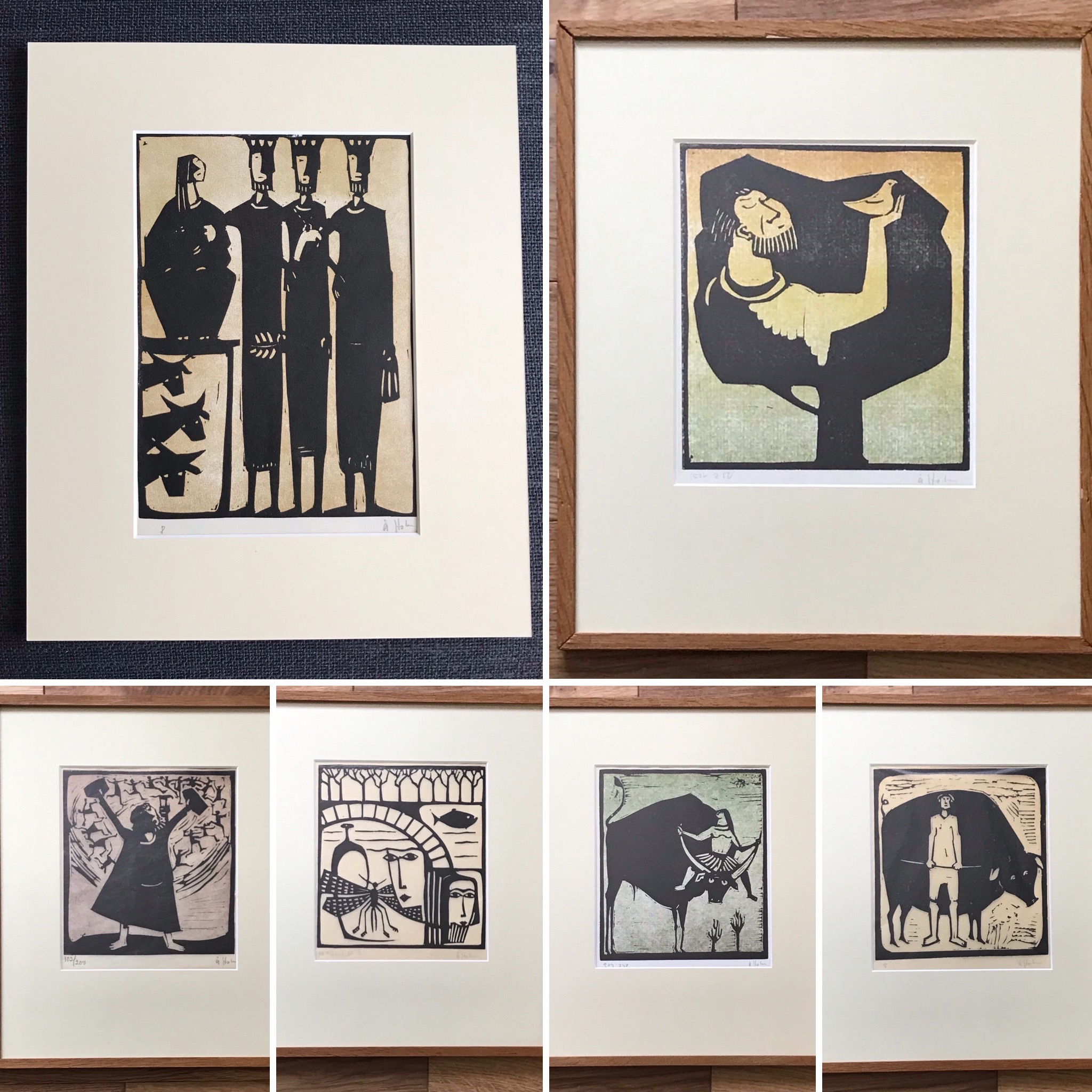 Åke Holm, however, is better known as a ceramicist than an artist. We are delighted to be able to offer four of his ceramics including three striking ceramic wall plaques. He sometimes used these biblical and mythological themes in his ceramics too, but he could also turn his hand to more abstract works. We have some of each. 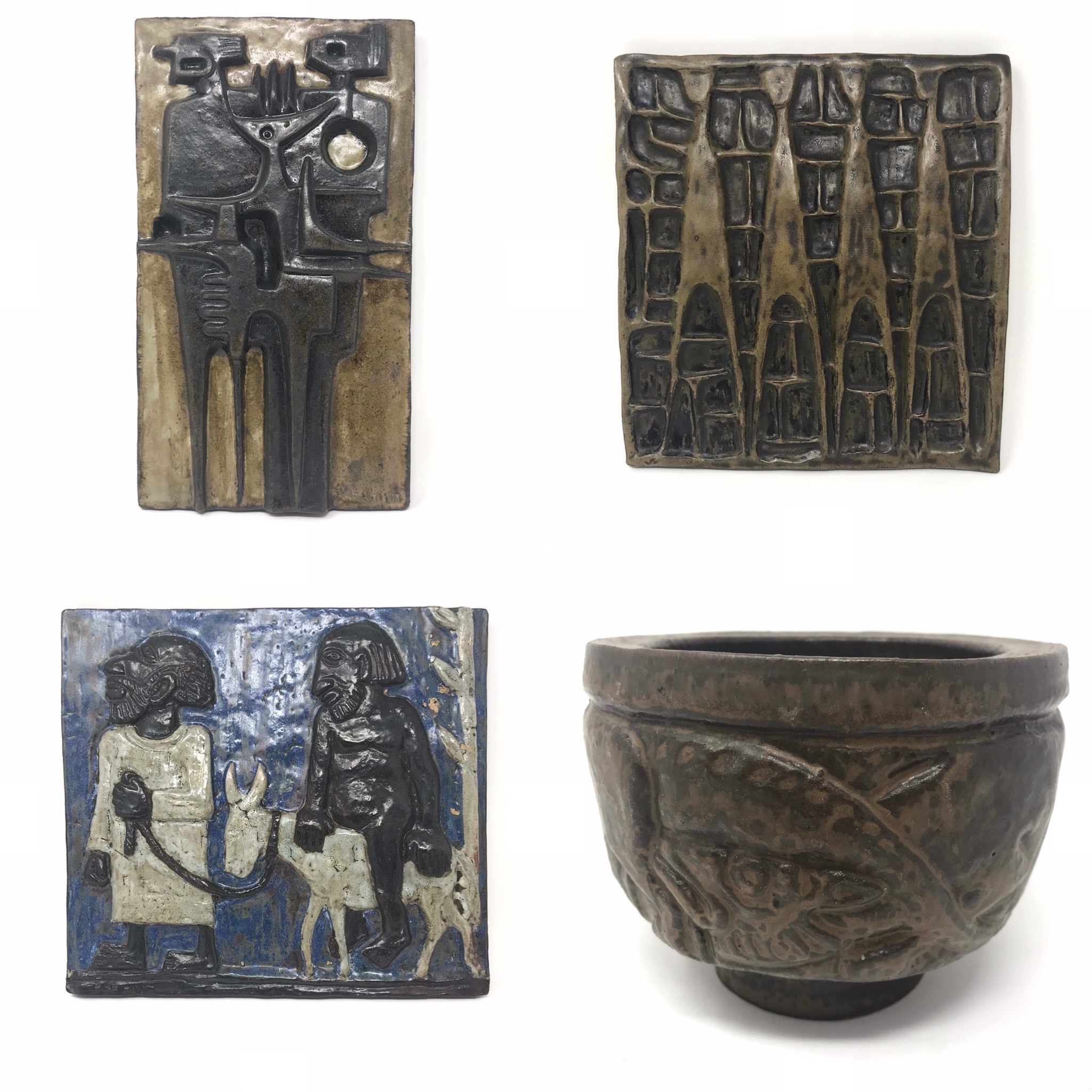 In jewellery we add a couple more items to our growing selection of bronze jewellery with the addition of two pendants. The first is by the Finnish jewellery designer Pentti Sarpeneva, the second is by the Swedish jeweller Cesons. We also have two Swedish silver rings with stones that are marked GHA 925. 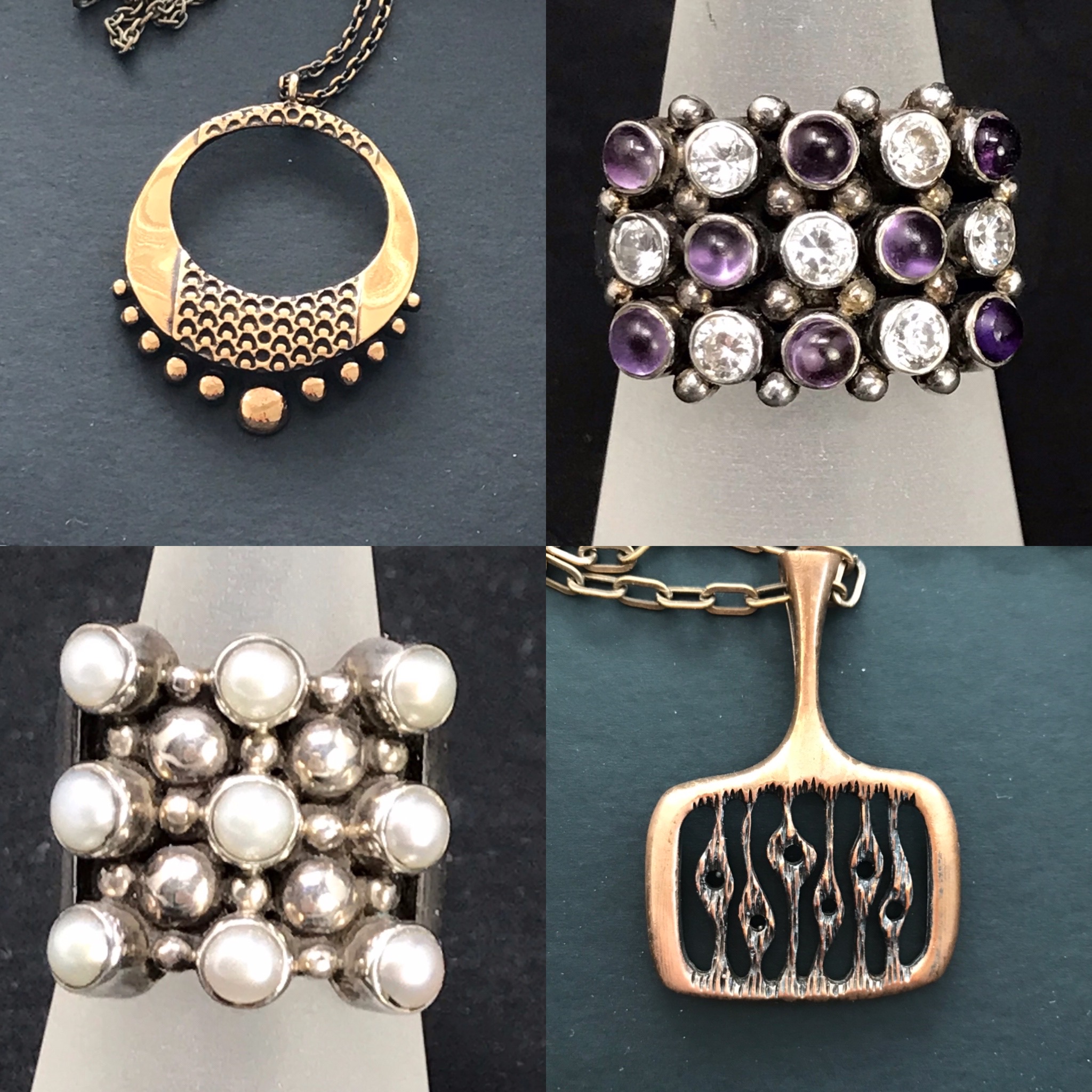 Our selection of glass includes three more pieces by Kjell Engman for Boda, Sweden from the 1980s. In two-tones of blue they also have the image of seagulls on them. This is one of his less common designs. We also have two classic pieces of Swedish glass from earlier decades: a beautiful smoky grey vase by Nils Landberg from the 1950s and a so called Stella Polaris vase by Vicke Lindstrand from the 1930s, both for Orrefors. 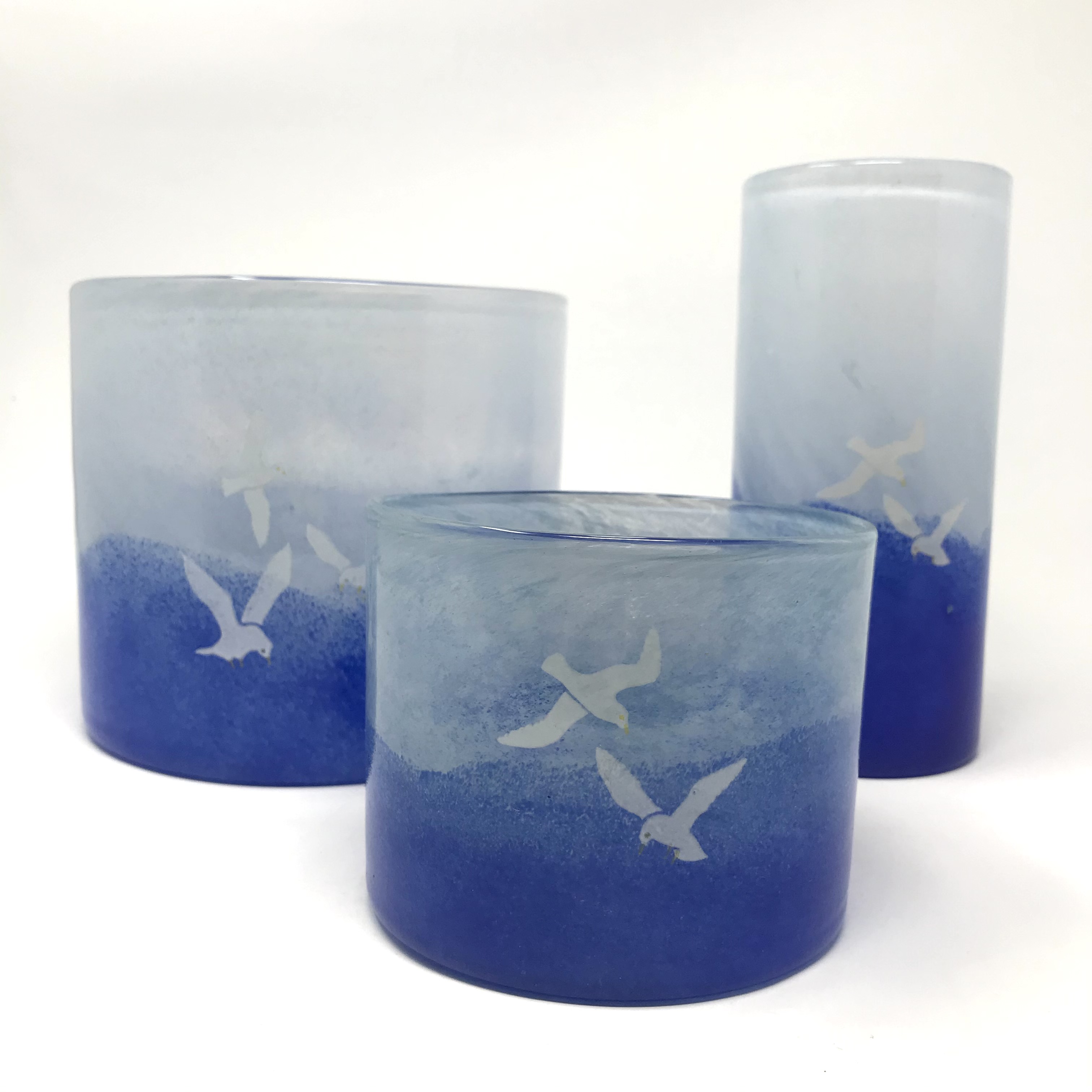 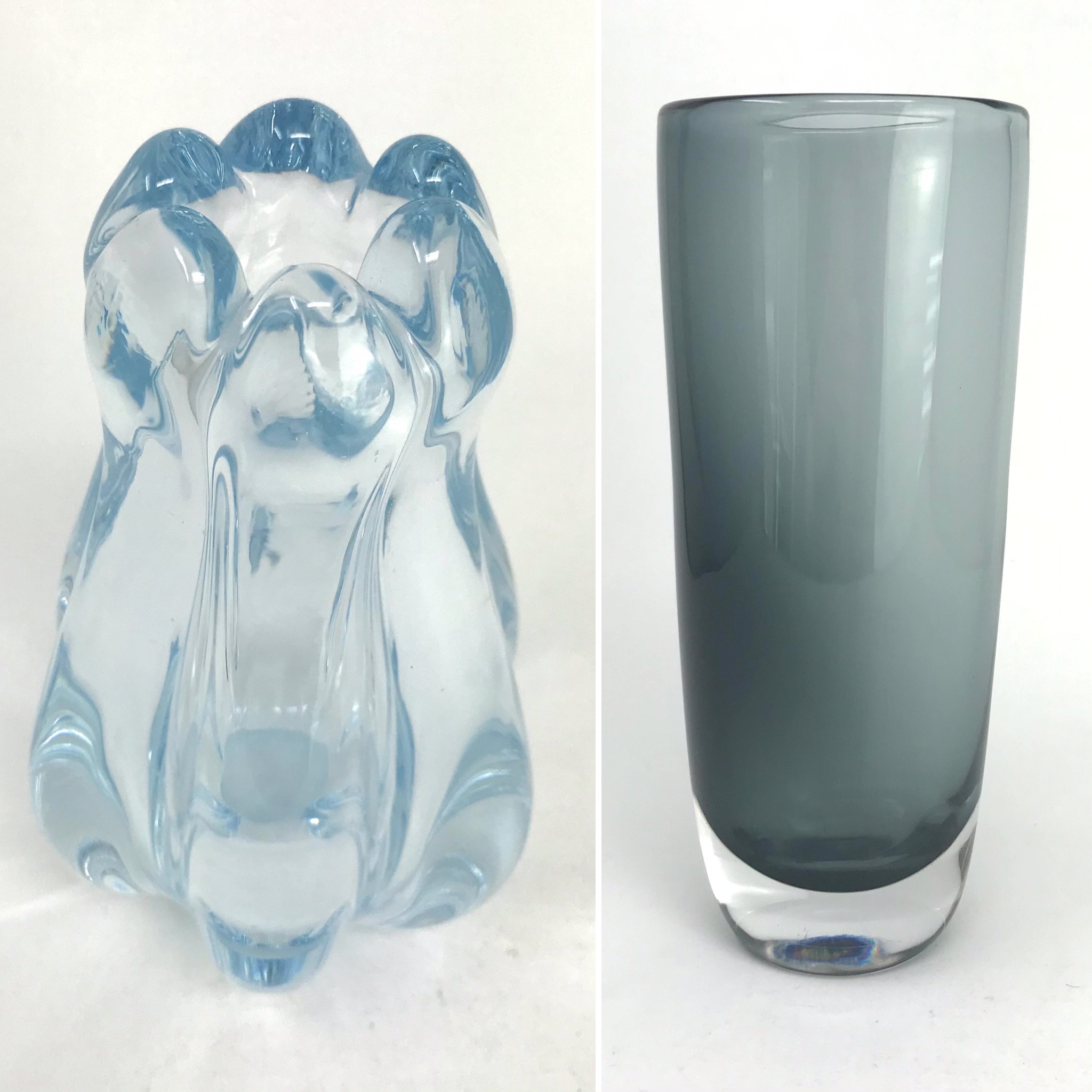 Our two other new stock items this month are a pastel work by the Swedish artist Stig Kjellin showing trees in blossom and beach huts in front of a harbour. This complements the harbour scene we listed by him last month. Finally there is a Poole Pottery freeform charger from the 1950s designed by Alfred Read, who was a leading figure in mid-century British industrial design. Read more about him on the listing. 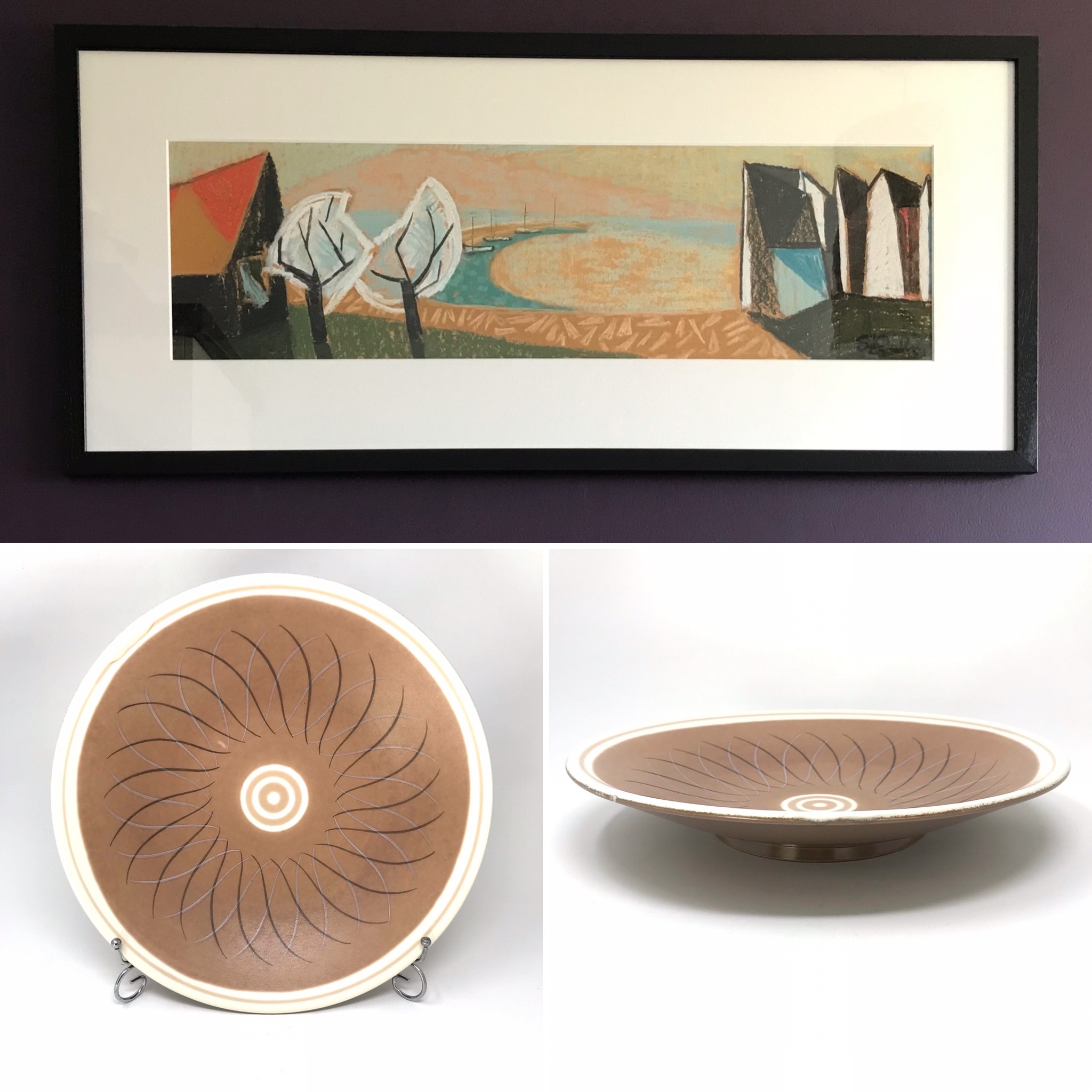 Finally, a bit of news about fairs. We will be standing at our first fair in 2021 on Sunday 23rd May at Dorking Halls, Surrey organised by dovehousefineantiquesfairs.com where we will be showing jewellery, glass and silver. Do come along and say a socially distanced hello if you can make it.