Following on from our selling exhibitions earlier this year of glass by Vicke Lindstrand and ceramics by Jorgen Mogensen this month we will have a small exhibition of the glass designed for Orrefors by Ingeborg Lundin. We will post a separate blog about her shortly. 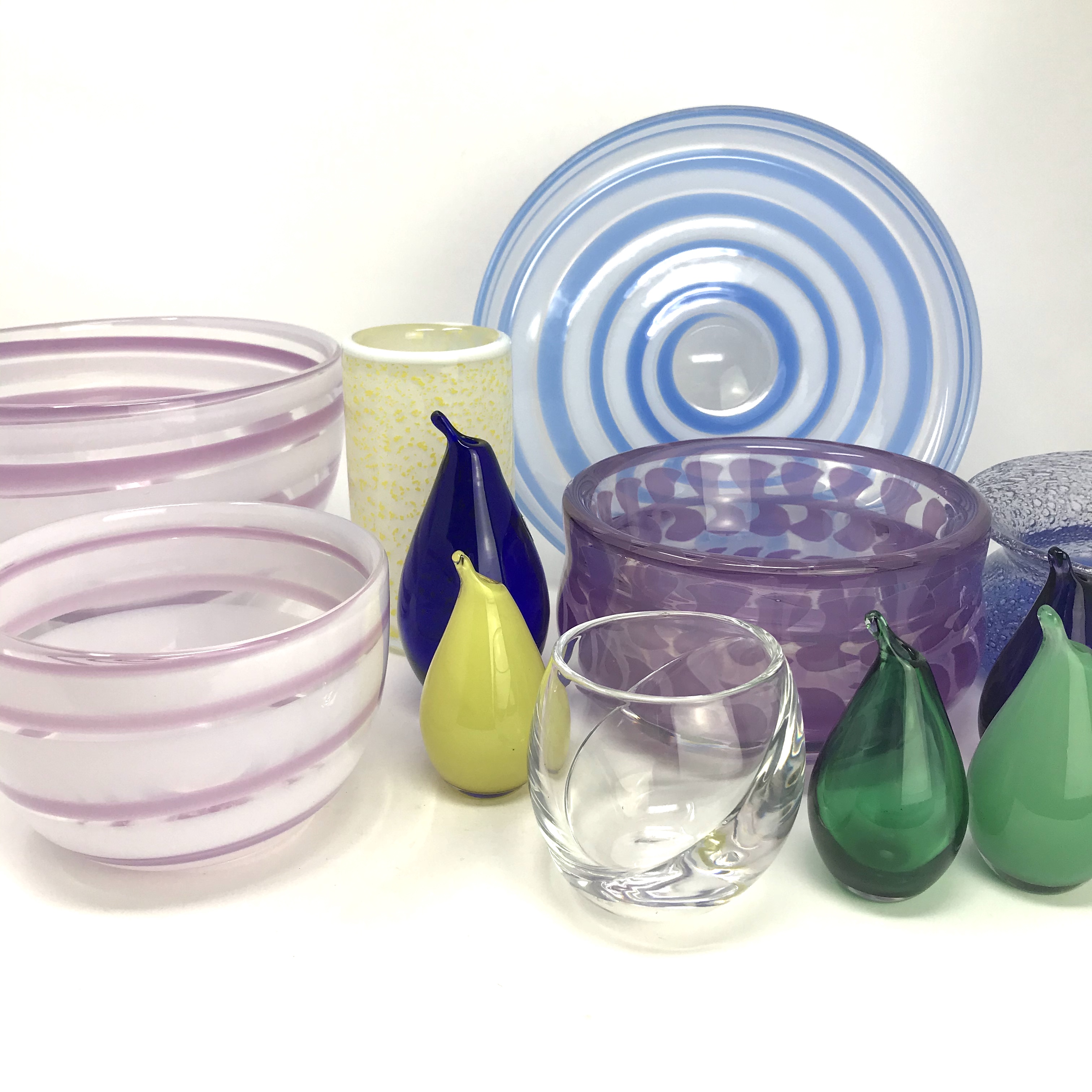 Glass by Ingeborg Lundin for Orrefors

Other items of new stock include a very rare, possibly unique, glass vase by Edvin Ohrstrom from c1937. 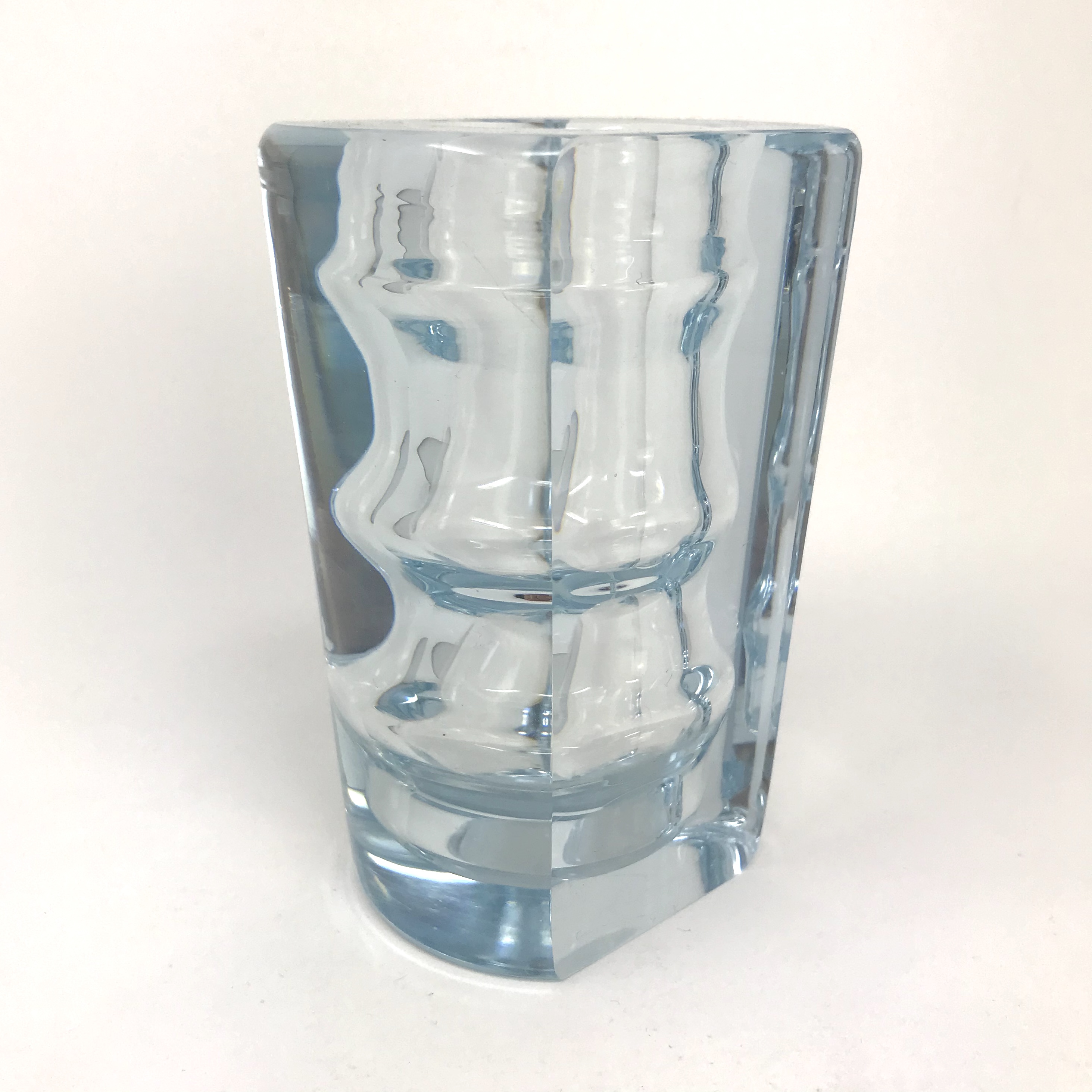 Almost as rare is the stunning Clowns cruet set designed by Tibor Reich for Denby in 1954 as part of his Tigo range – which is without doubt some of the most distinctive ceramics produced in Britain in the 1950s. We hope to have more pieces by Tibor Reich in the future including some of his vintage fabrics made into cushion covers. Look out for details next month. He helped to create the style of mid-century Britain in the 1950s/60s including commissions for the Queen, Festival of Britain, Coventry Cathedral and Concorde as well as designs for companies like Denby, Ercol, G-Plan, BOAC and Vauxhall Motors. 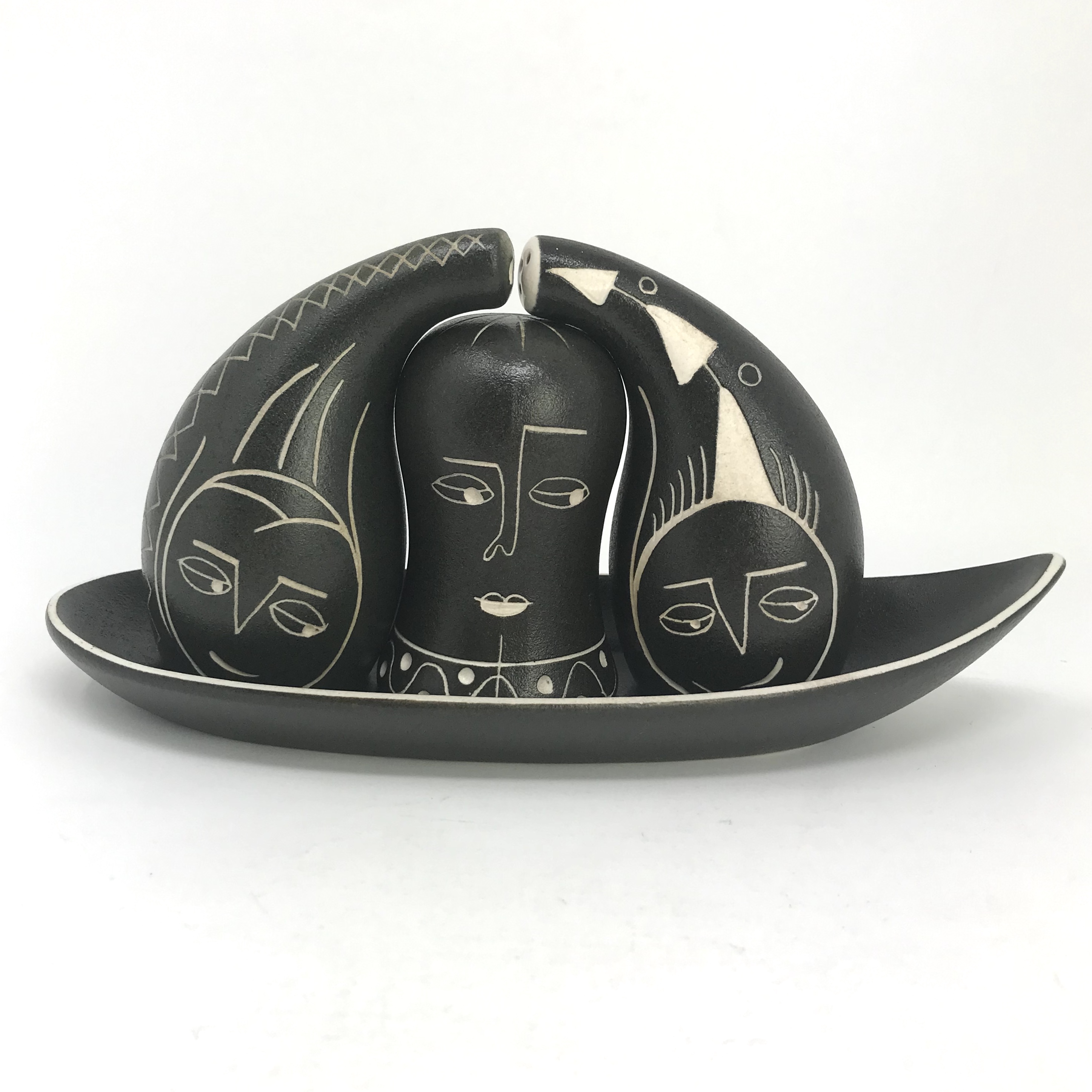 We have several unique ceramic pieces this month including a vase by Stig Lindberg and a sculpture and wall plaque by Ake Larsson. 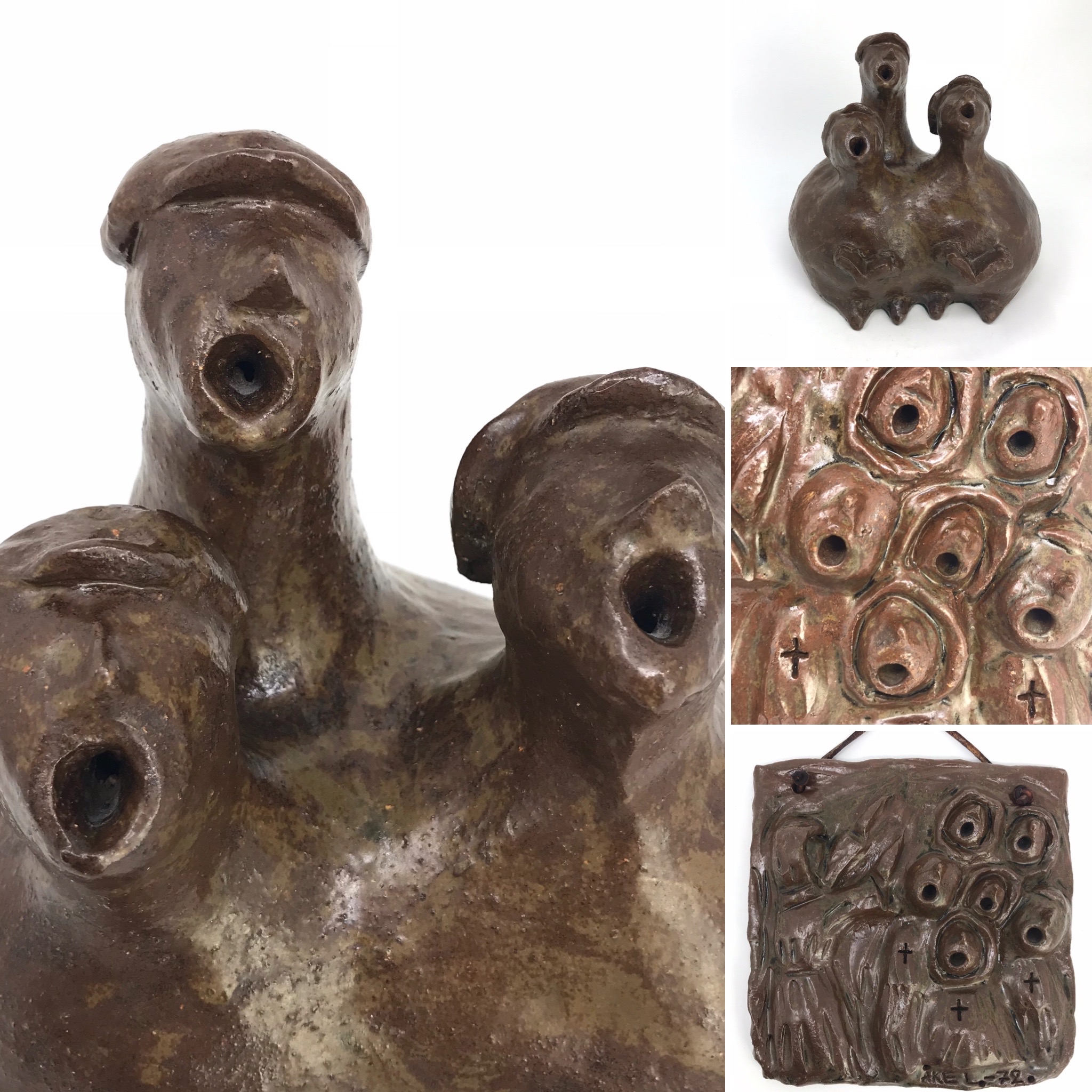 There are some nice new additions to our homewares section including a boxed set of Kuusi glasses for iittala by Jorma Vennola, a set of very stylish cocktail serving forks designed by Pierre Forsell for Gense in 1955 and a teak handled serving set by Stako. 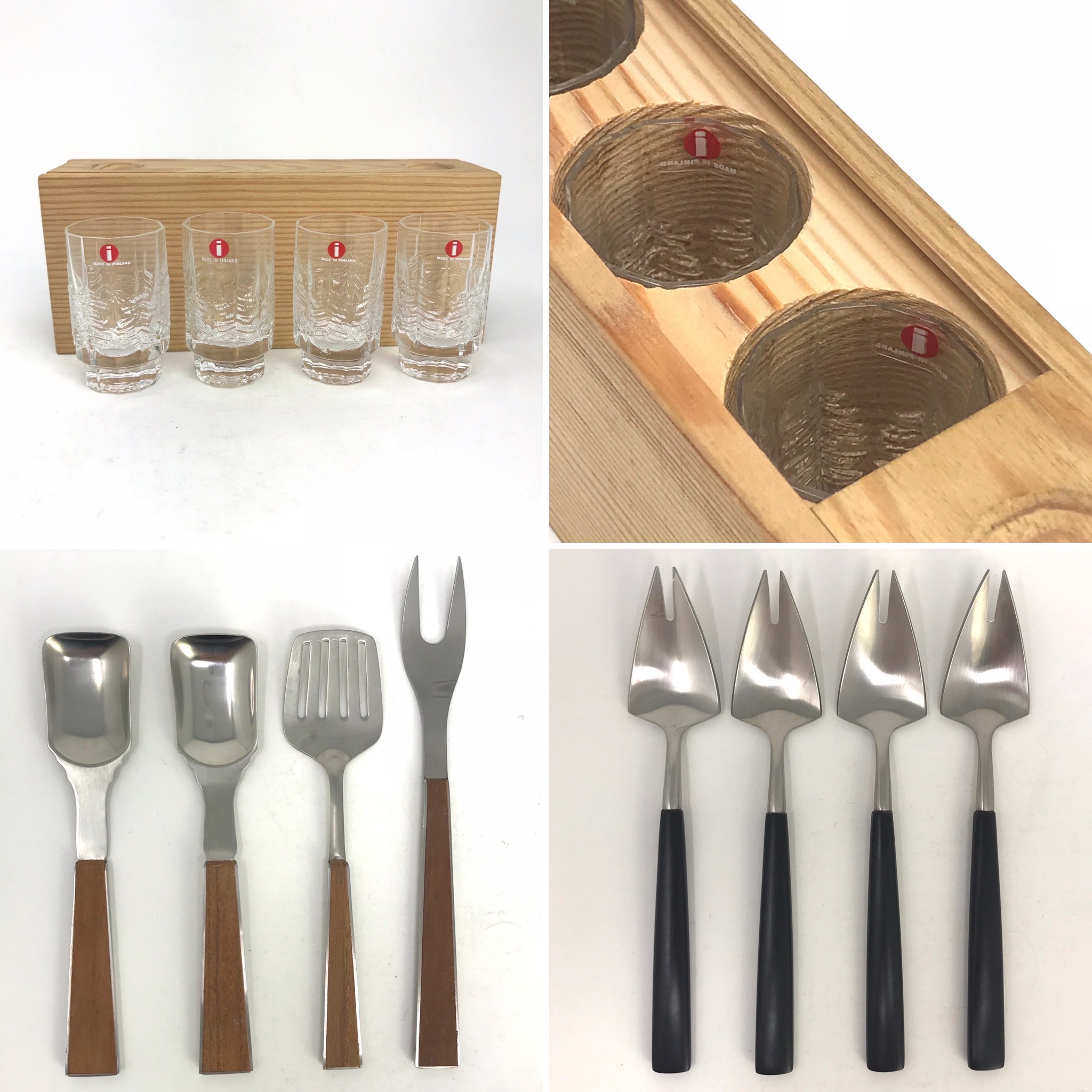 We have also recently acquired a small group of paintings by Swedish artist Lillian Anshelm that we have had re-framed. These include a landscape, an interior scene and two still life paintings.  Their bold colours and charm remind us quite a bit of the Bloomsbury style from the early Twentieth Century. One of these is dated 1959 and we think the other three are from the same period. 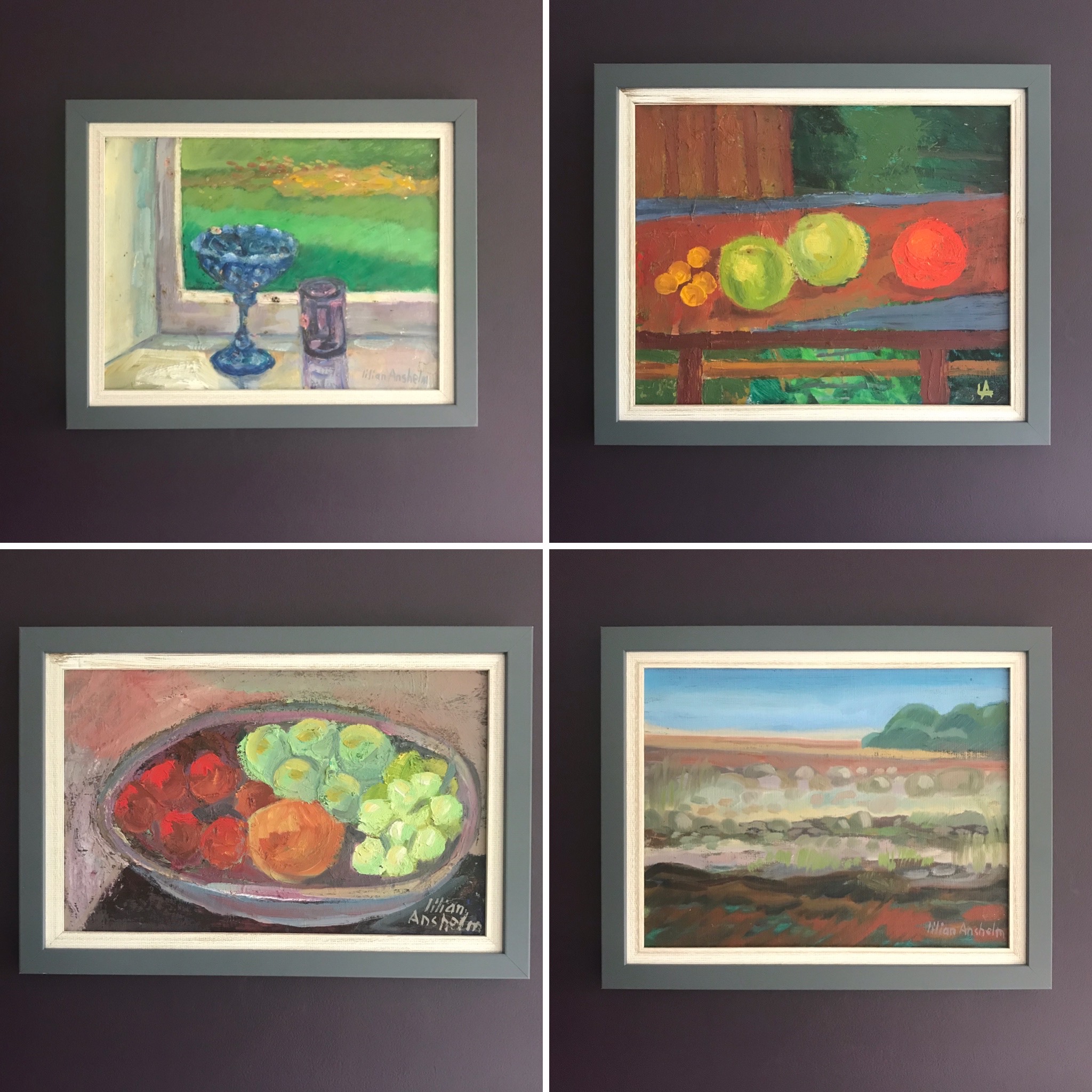 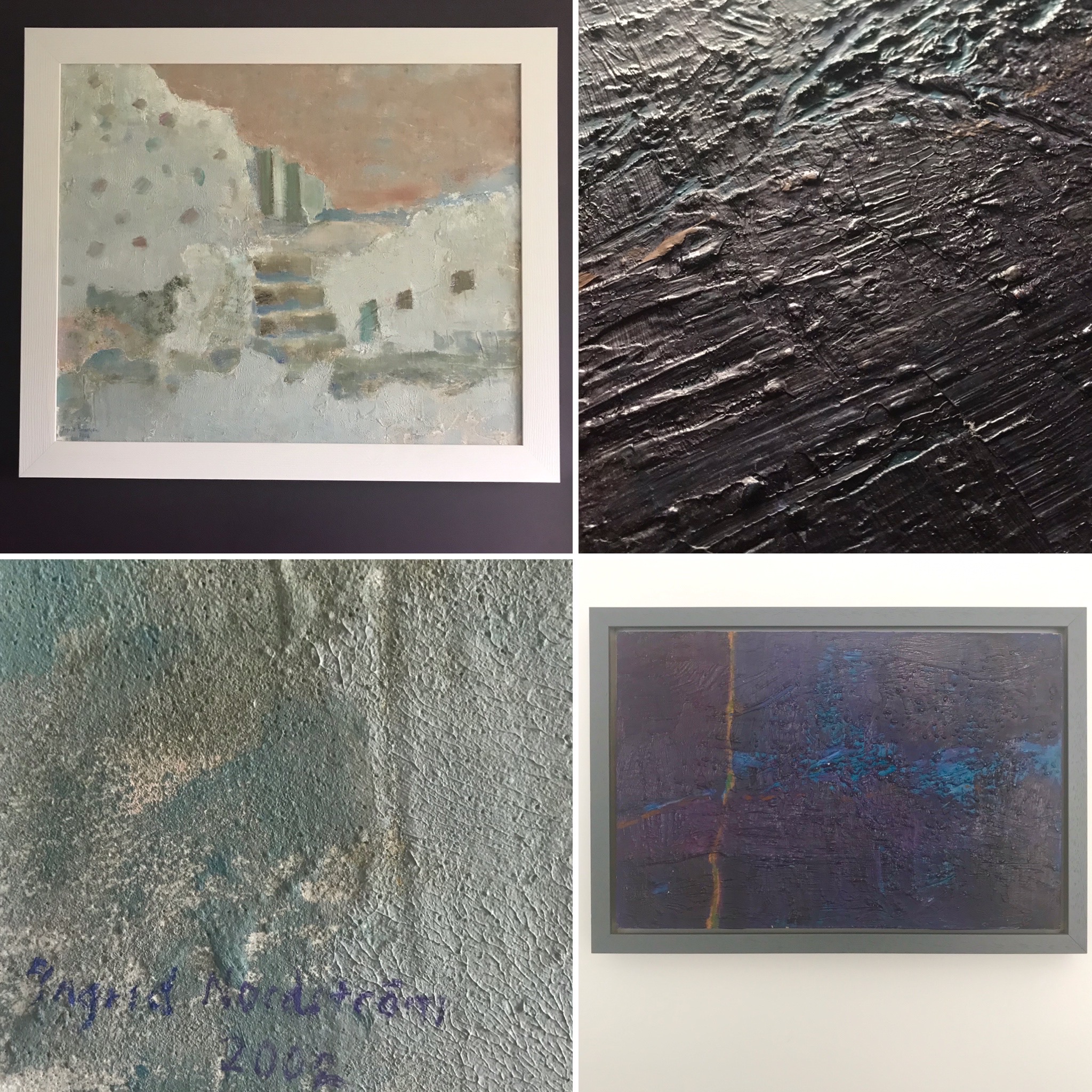 Having sold a painting by Fabian Lundqvist earlier this month we have managed to acquire three signed lithographs by him, one, a landscape, is all moody and existential and the others are of a harlequin figure and a ballerina. These are also from the 1950s. As we are now buying and selling more art we have now separated out paintings and prints into their own sections on our website. 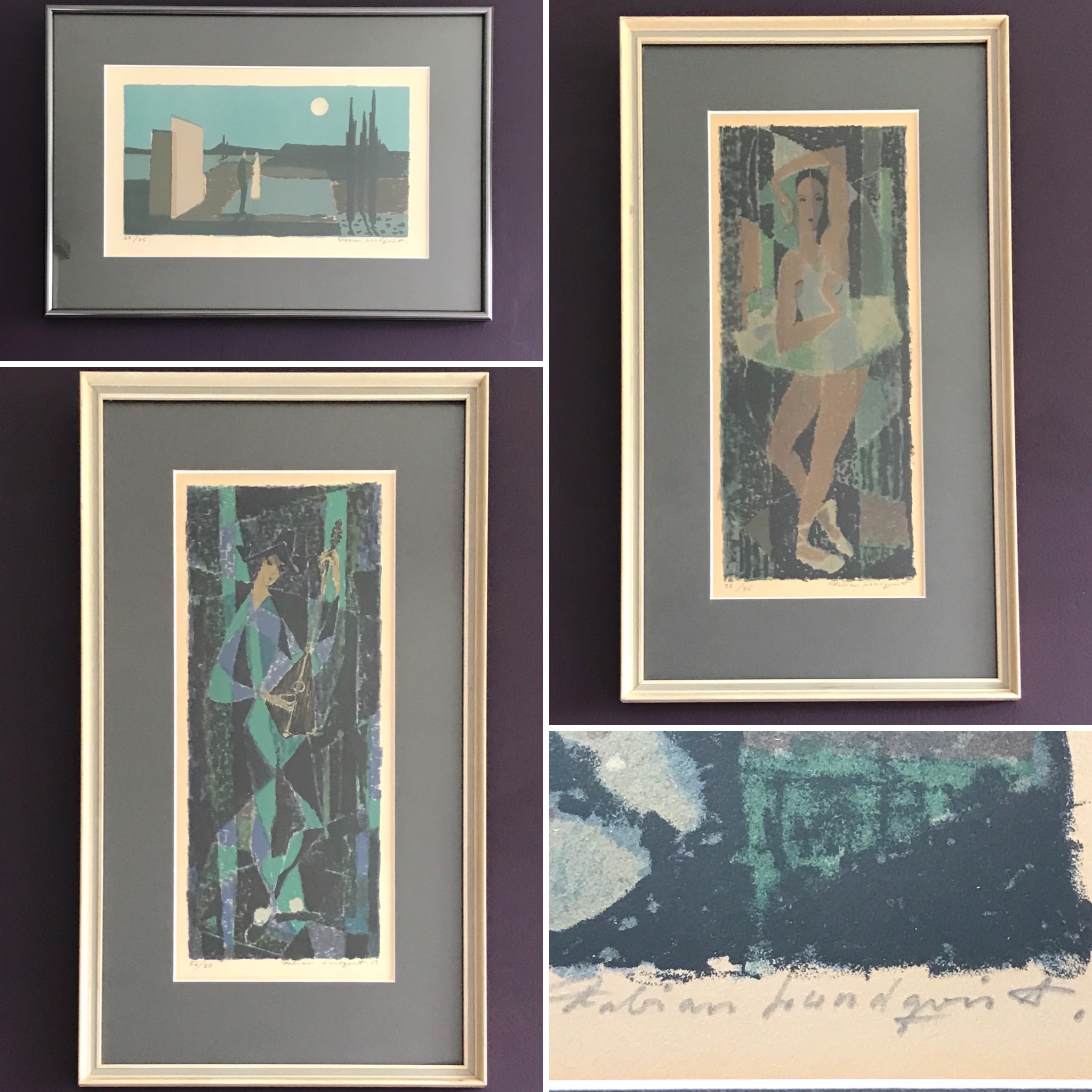 There are several new additions to our jewellery section including a beautiful fringe necklace by Eigel Jensen for Anton Michelsen. We also have an Anton Michelsen Calla necklace and earrings set and two pieces by N. E. From, a torque and a bangle set with amethyst cabochons. 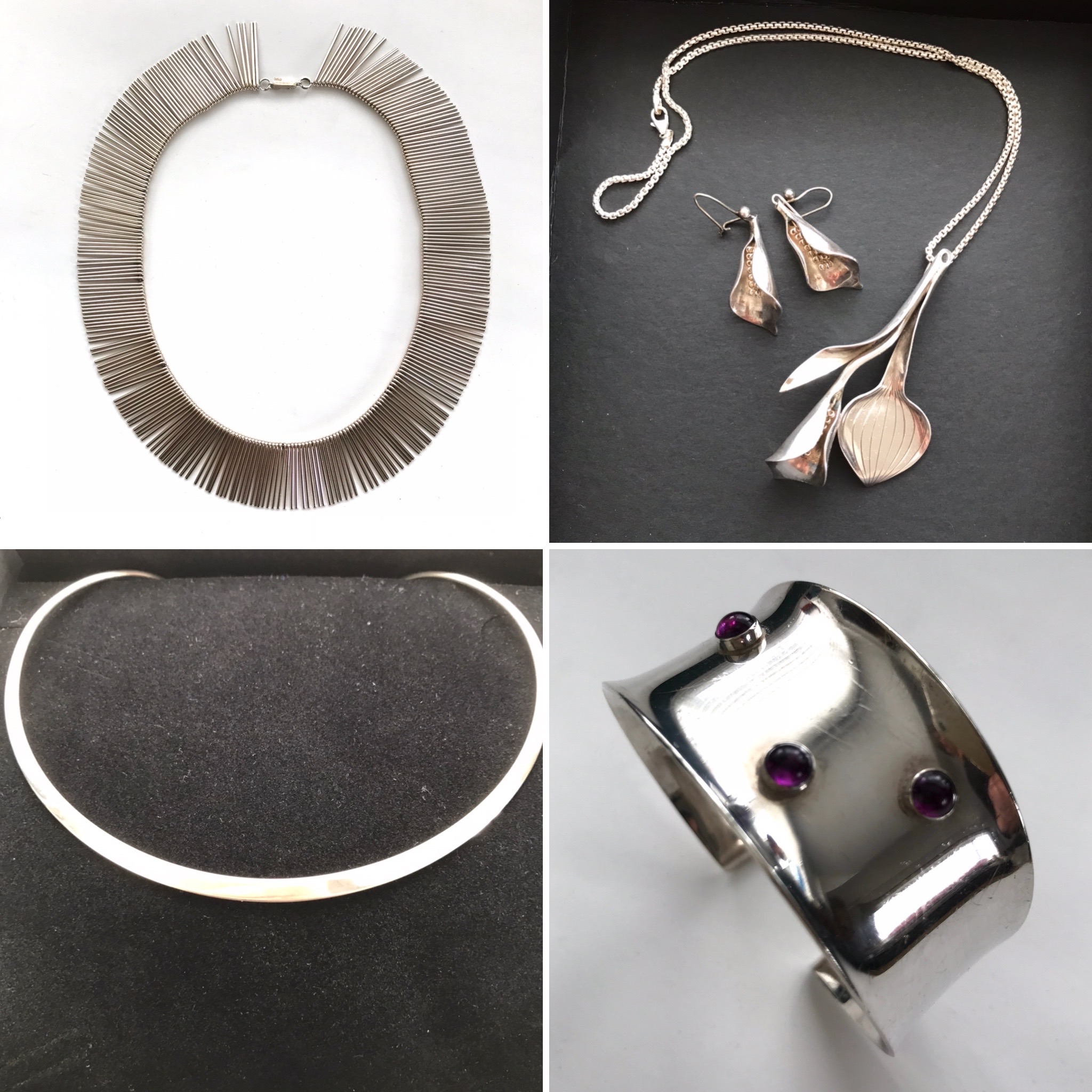 In case you missed it we now have a distinct section on our website on Women Designers that we added this month where we will look to highlight the important contribution that women have made to modernist design.  As well as the pieces by Marianne Brandt and Marta Maas-Fjetterstrom, check out the bold cushion covers made from fabric designed by Marjatta Metsovaara and the wall hanging by Gertie Lundberg that we have just added. 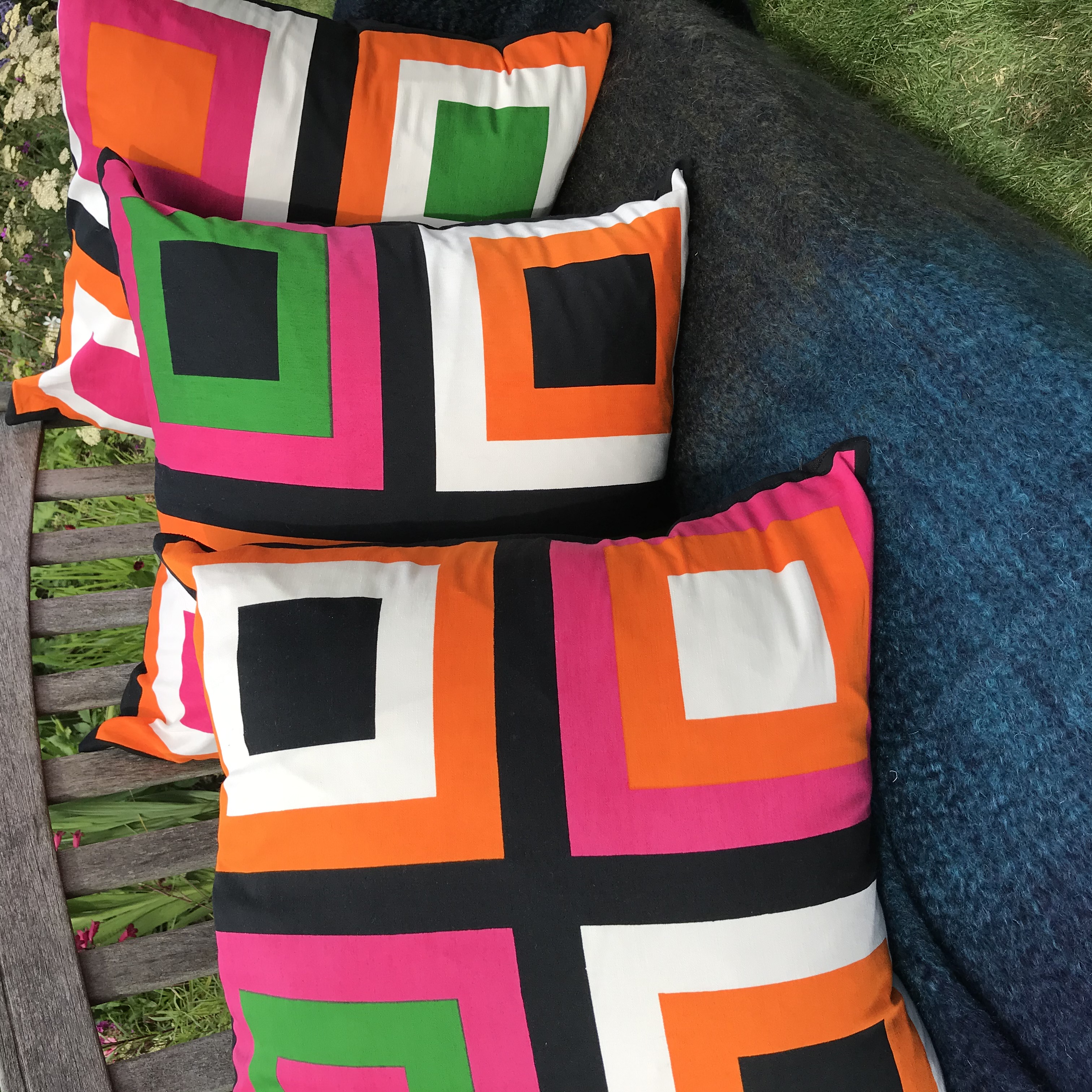 And finally, we have added another woollen wall hanging from Sweden to our textile section and a couple of pairs of distinctive Amsterdam School wooden bookends from the 1920s. 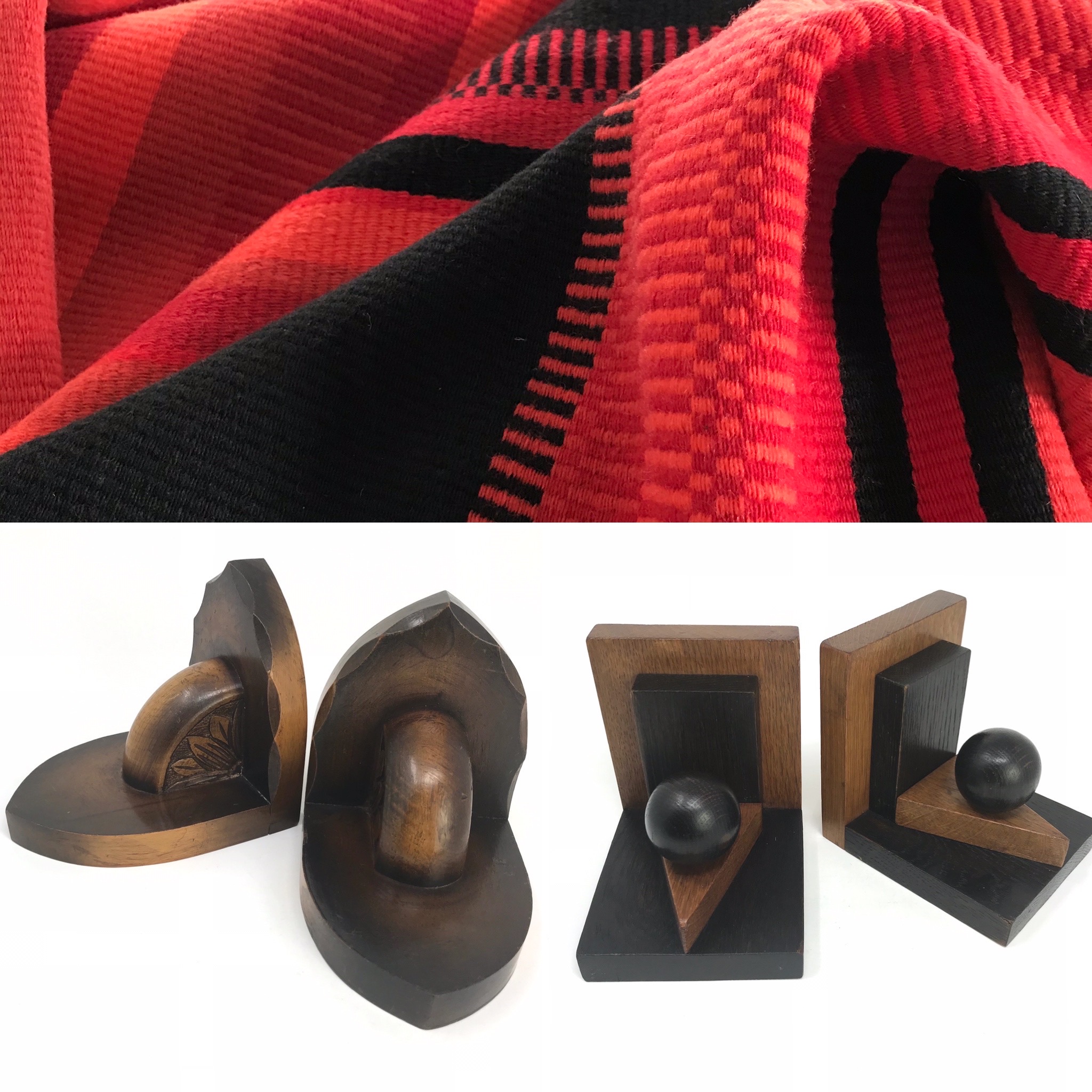