Just to give you advance notice, we will be launching a new section on British Glass on the website at the end of March. We have put together what we hope will be an interesting selection to start this off. There will be a blog post to accompany this with details on the developments in British glass in the period from the 1930s to 1980s. And we will showcase this exhibition at the Art and Antiques for Everyone fair 7th-10th April.

Before we get to that for this month we have put together a fascinating selection of glass pieces by the leading Swedish designer Bertil Vallien. Now in his 80s, he remains, arguably, the most important Scandinavian glass designer since he came to prominence in the 1980s. Our selection this month includes ten pieces by him. We have one of his sought after glass boat sculptures, three Afors pieces from the 1970s, a good selection of his 1980s rainbow pieces, a small satellite vase and a small studio vase from the 1990s. 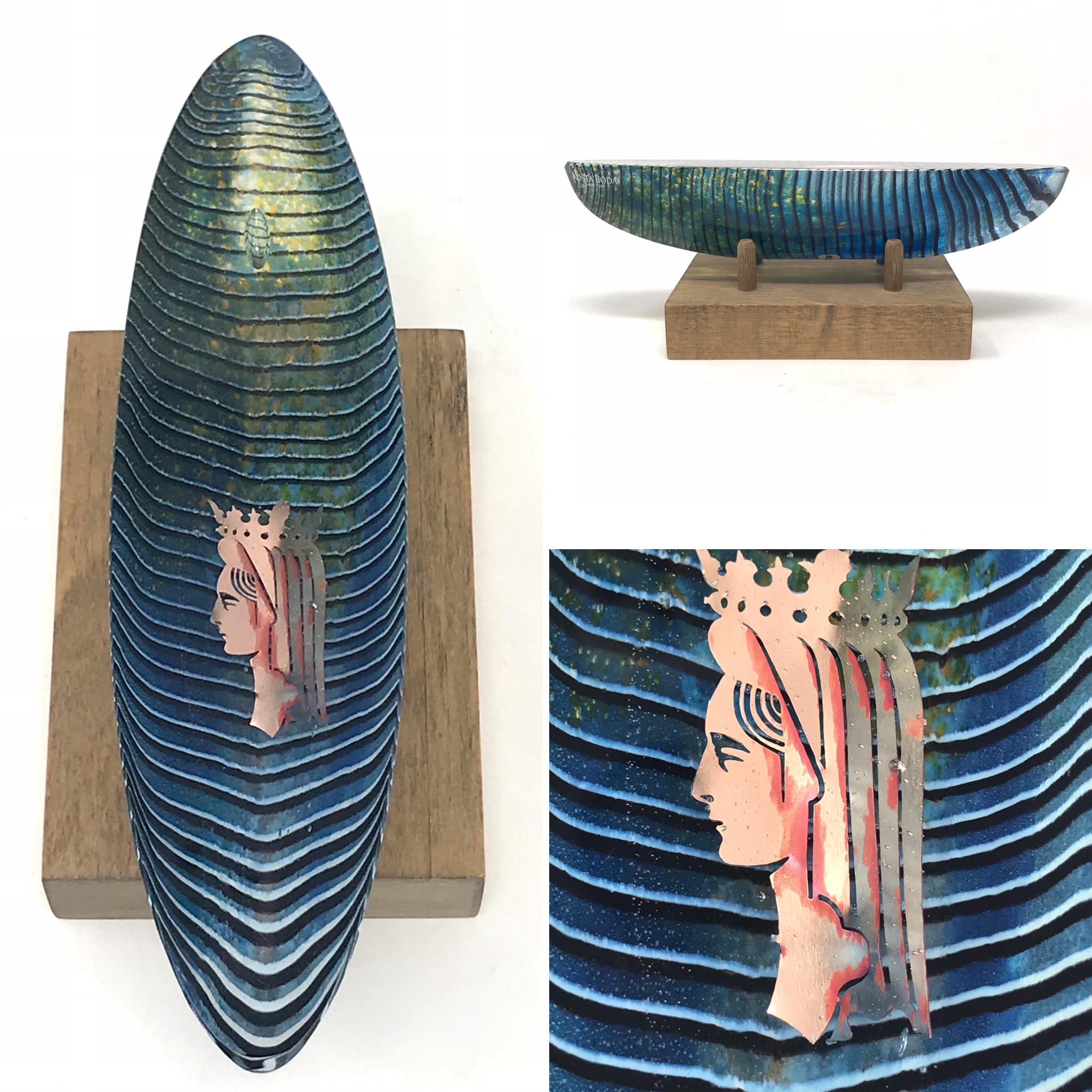 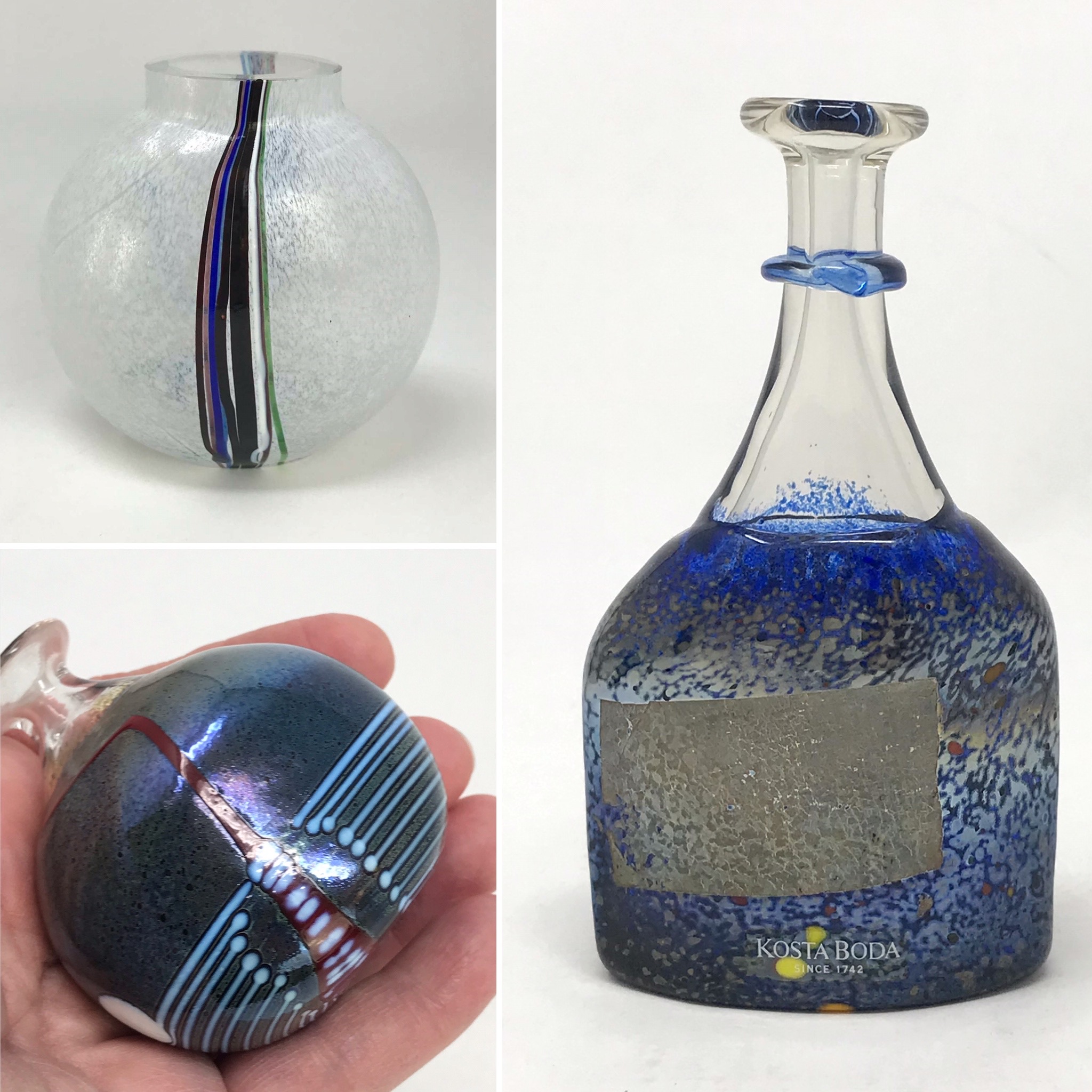 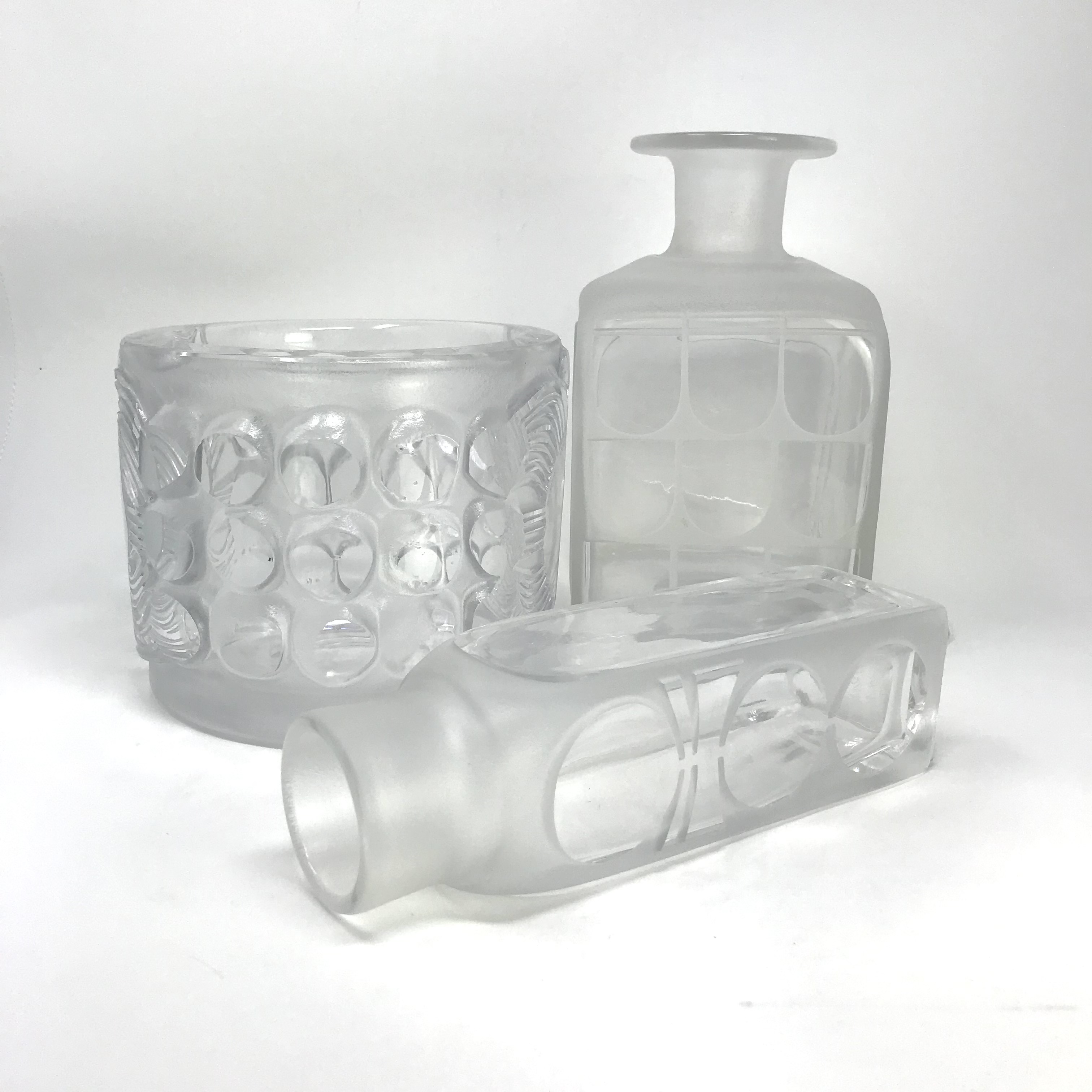 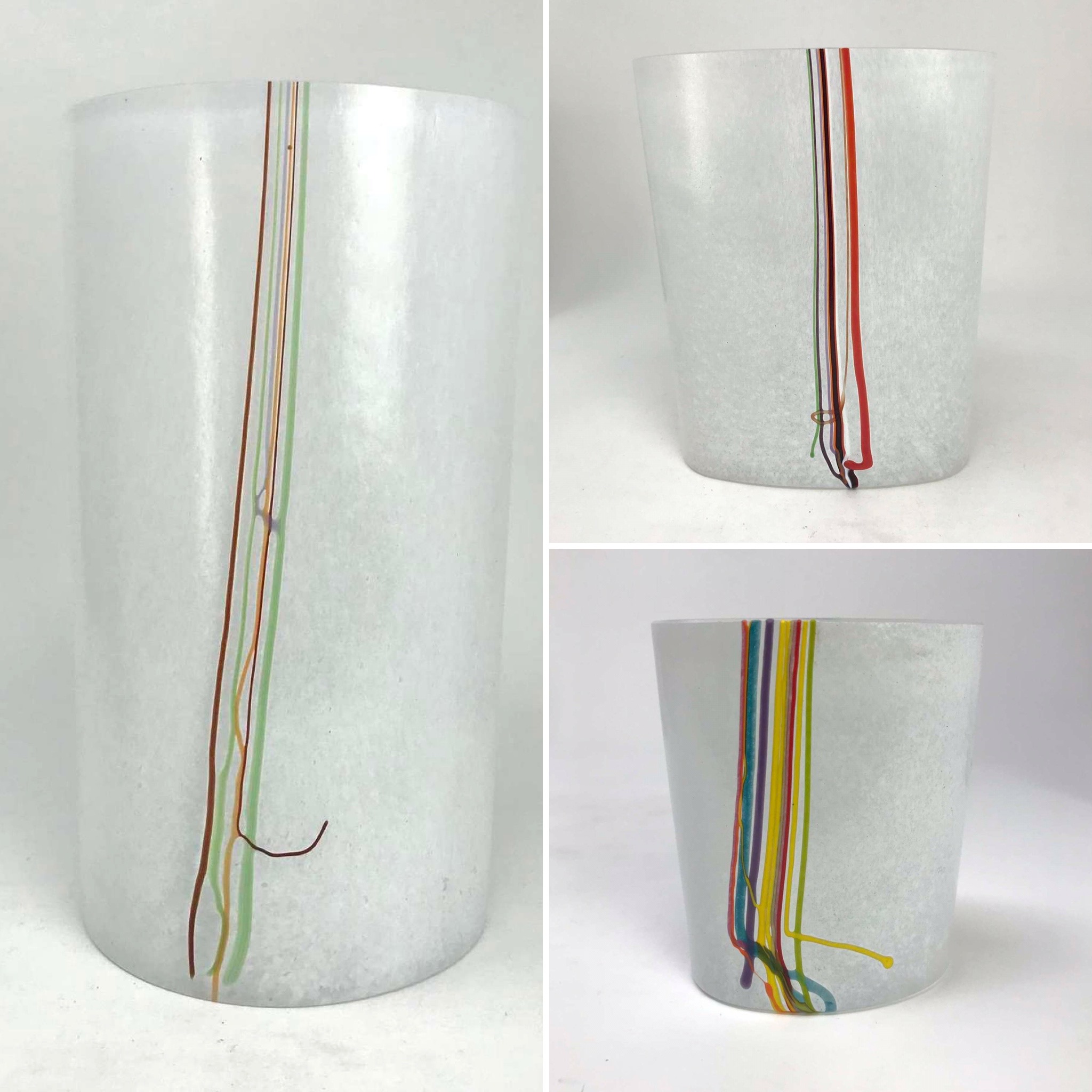 Jewellery includes an important statement piece, not from one of the Scandinavian countries, but Ecuador. This beautiful kinetic pendant and torque was designed by the prominent Latin American artist Oswaldo Guayasamín. He was born in Quito, Ecuador in 1919 to a poor, indigenous family. He always loved painting and studied at the Quito School of Fine Arts, graduating in art, sculpture and architecture. He had his first exhibition in 1942. Tragedy and social injustices feature in Guayasamín's striking art and UNESCO recognised this with a prize for 'an entire life of work for peace'. The artist's last exhibitions were held in the Palais du Luxembourg in Paris, and in the Palais de Glace in Buenos Aires. In Quito, Guayasamín built a museum to feature his work. His death in 1999 was marked by strikes, particularly by the indigenous people of Ecuador. He is still considered to be a national treasure in his home country. This is a rare opportunity to own something designed by one of the major artists of the Twentieth Century. 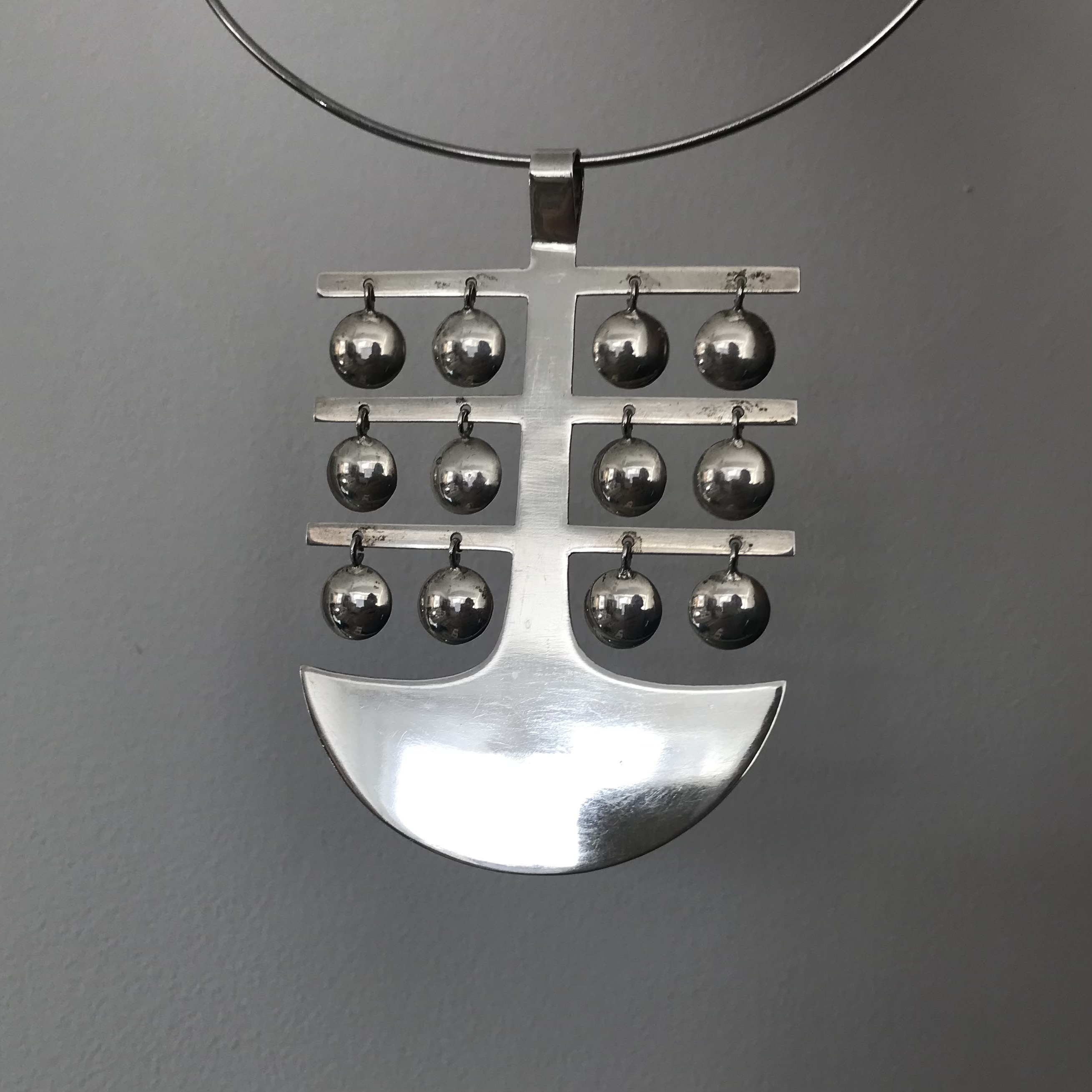 Our other jewellery items include two flame bronze pieces by Björn Weckström for Lapponia, a pendant and a bangle. These are always popular and we have sold several in the last couple of years. We also have a charming silver and rock crystal bracelet by Karl Laine from Finland with hallmarks for 1978. 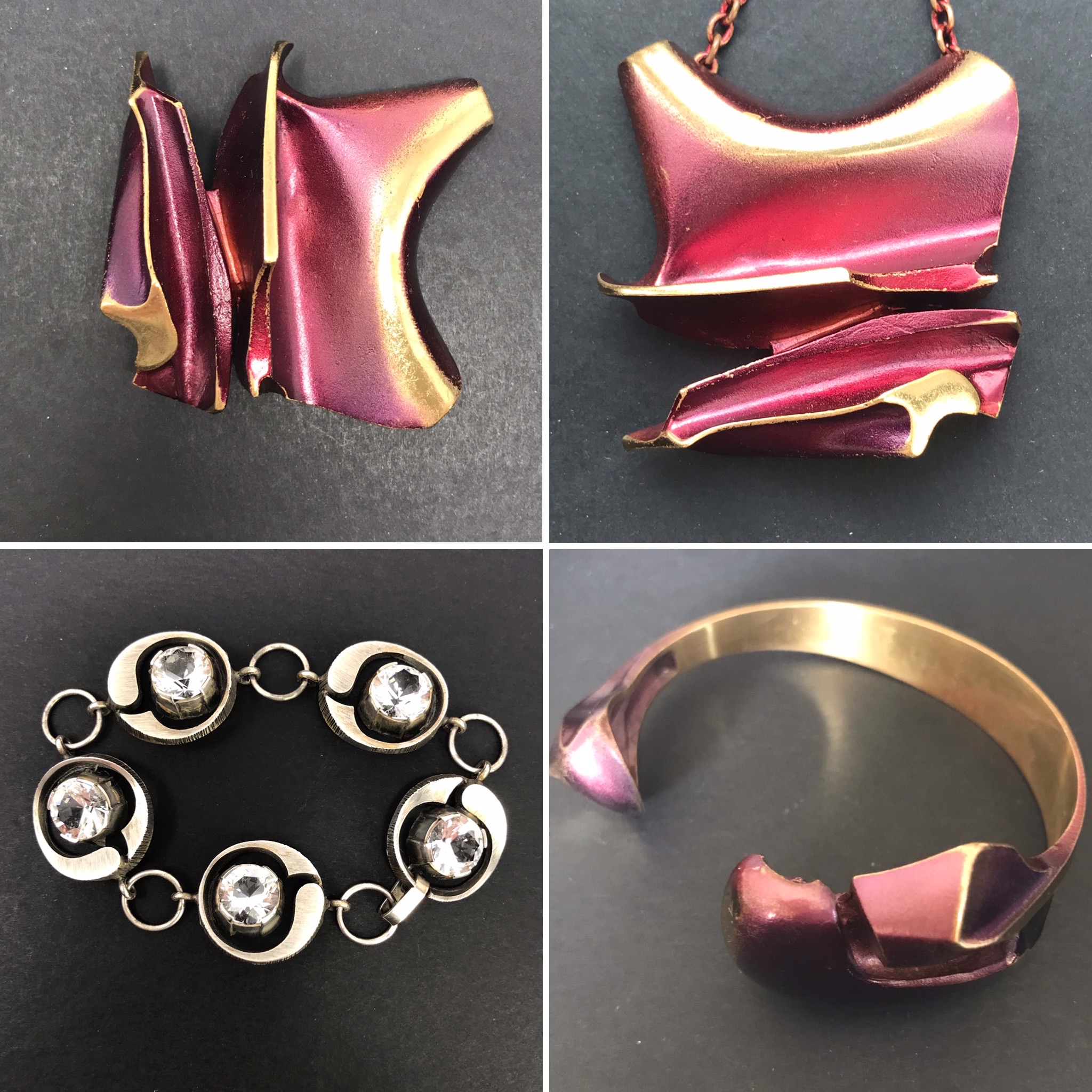 Our ceramics selection this month includes two pieces by Per Linnemann-Schmidt for the Palshus studio in Denmark from the 1960s. From Sweden we have a unique vase by Stig Lindberg, a footed bowl painted with three fishermen by Åke Holm and a fine, green bowl by Carl-Harry Stålhane for Rörstrand. These are all from 1950s. 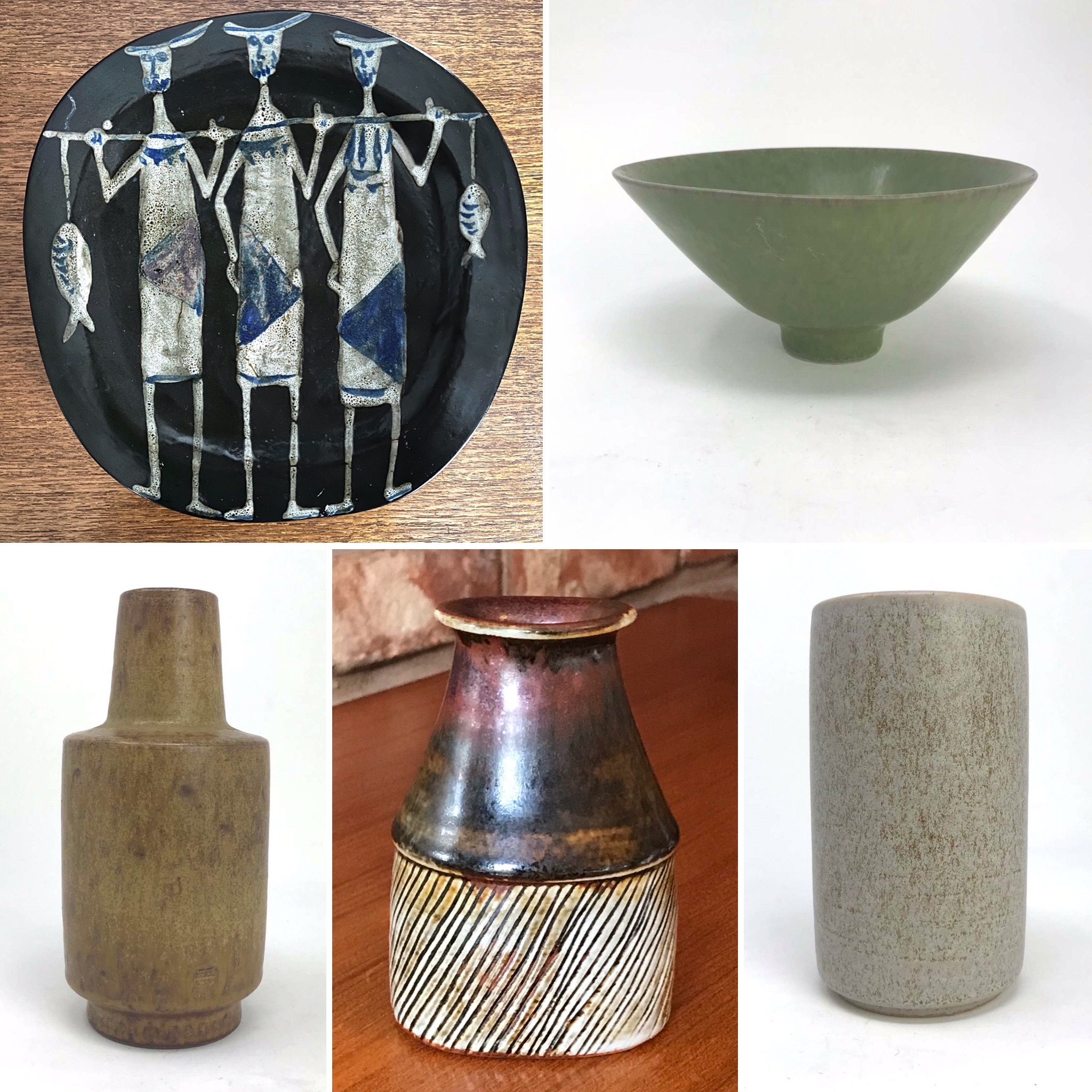 Art includes three paintings. The first is a preparatory sketch of bird figures by the prominent Swedish artist Esaias Thorén. We have had a lithograph by him before but this is our first original work by him. Also included is a mixed media work of a King figure by Hans Osswald in bold colours and finally we have a farmstead scene in oil on canvas by Arne Aspelin that looks as if it was straight out of an episode of Wallander!

There is one other artwork included this month. Its importance, though, relates to its place in women’s history rather than as a picture per-se. It is a Suffragist membership card/certificate issued by the National Union of Women’s Suffrage Societies led by Millicent Garrett Fawsett. It dates from c1910 and is what a woman would have been given if she joined one of the branches around the country campaigning for women’s right to vote. This is now a rare thing but we have been able to trace another example to an important archive on Women’s Suffrage held in the Netherlands so have been able to authenticate it from that. We are presenting it for sale newly framed. 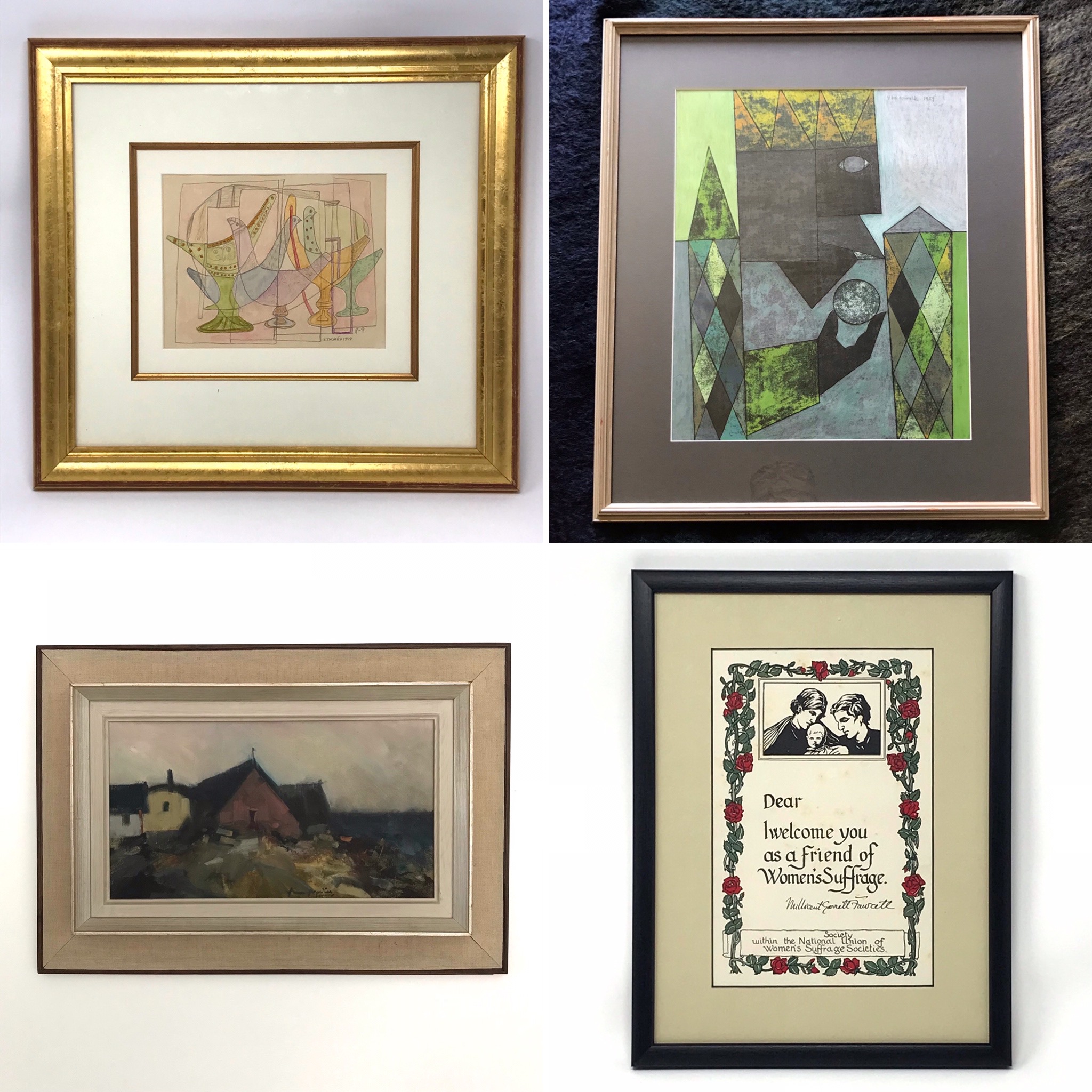 Our final three items this month are a rya rug with a bold, abstract designs, a beautiful piece of Swedish modernist silver in the form of a bowl by Erik Lofman from 1972 and a wide, woollen wall tapestry depicting stylised horses by the Hungarian designer Éva Németh. We have had several pieces by her before and buy them whenever we can as we really admire her work. 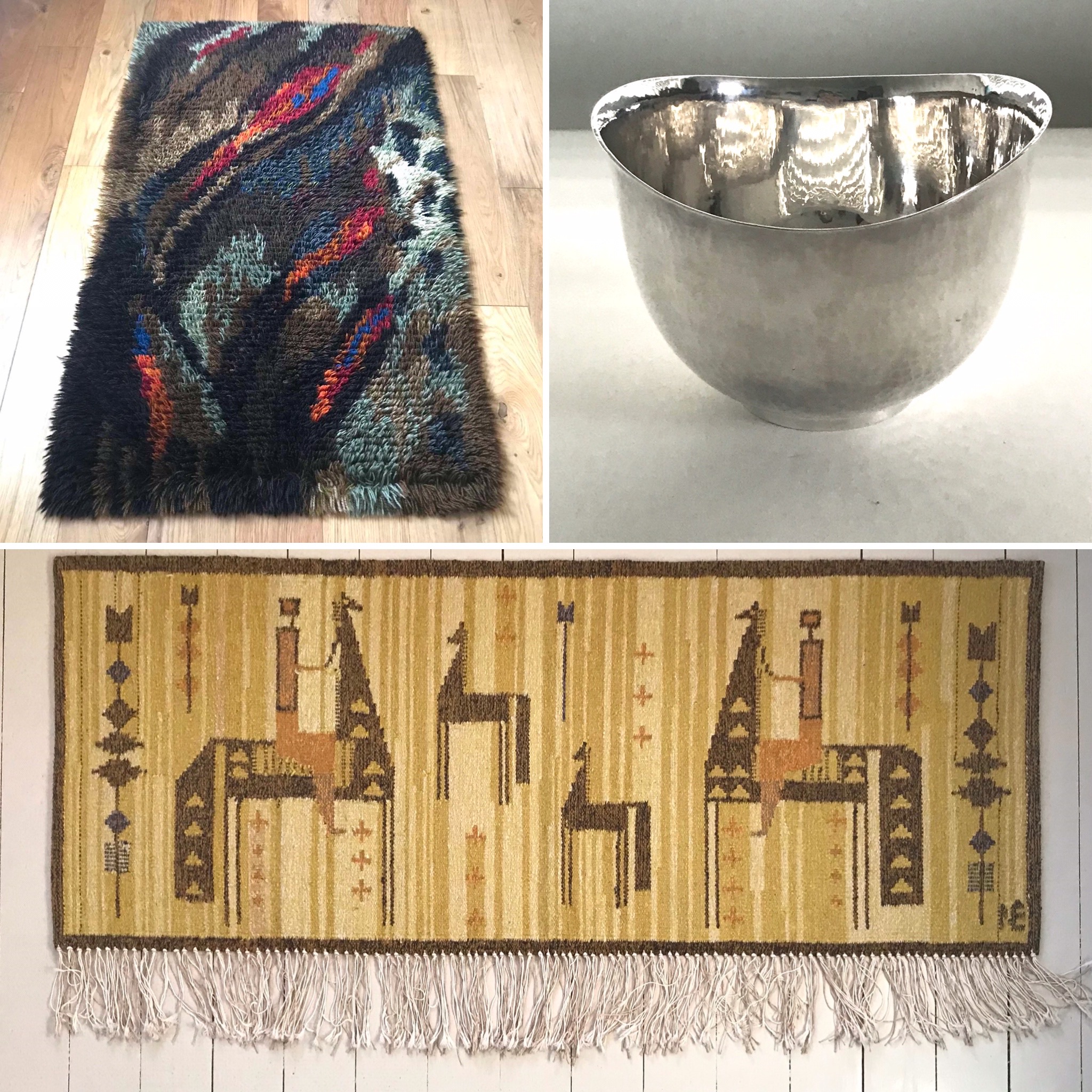