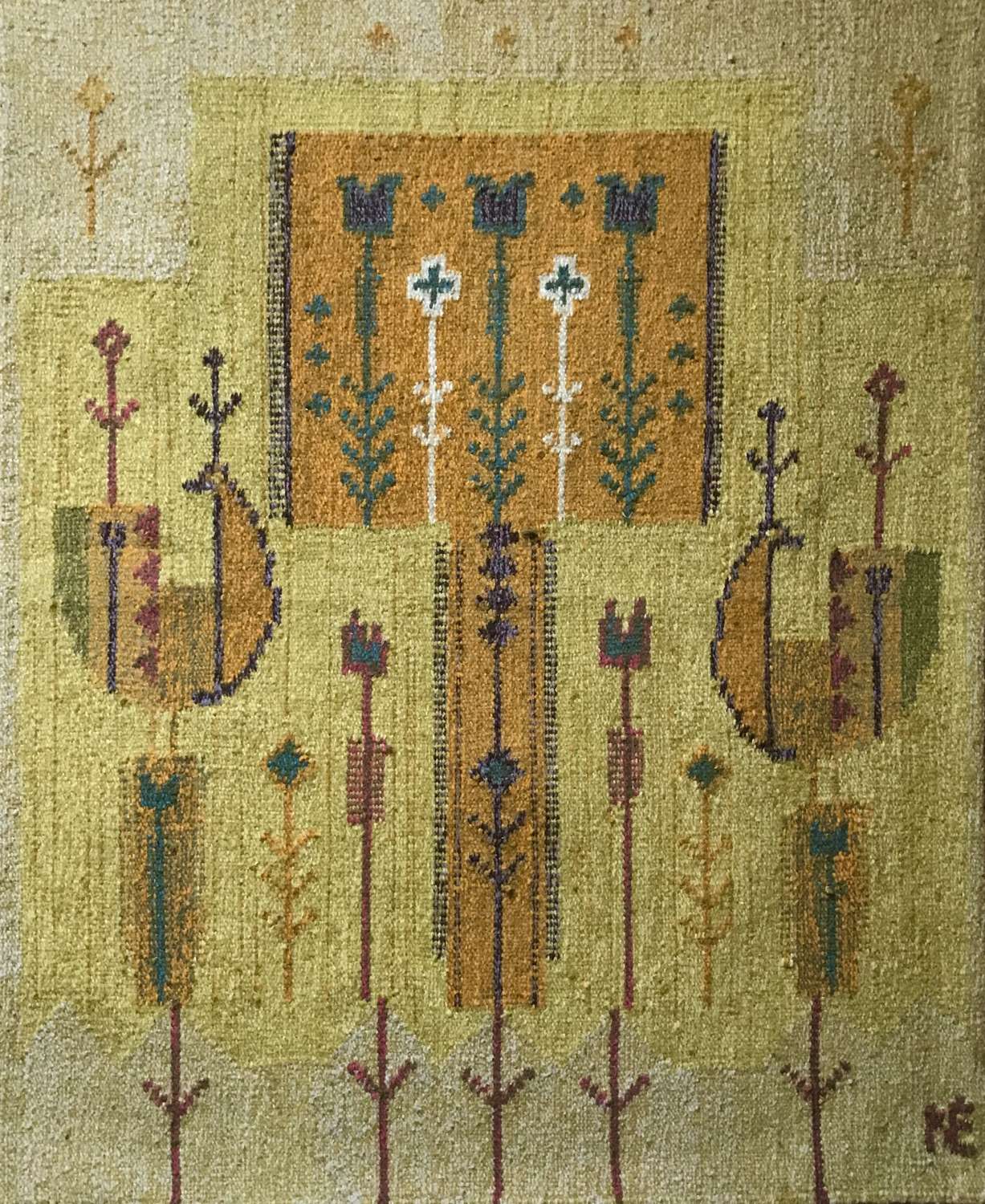 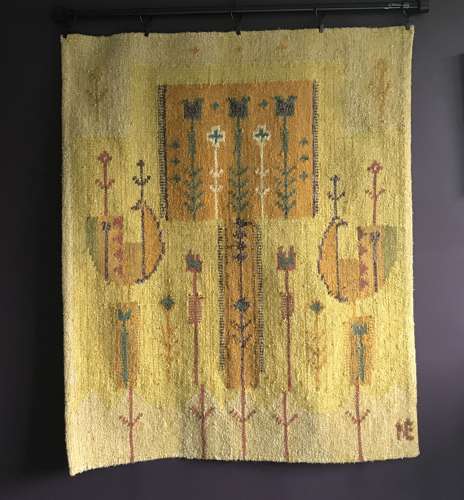 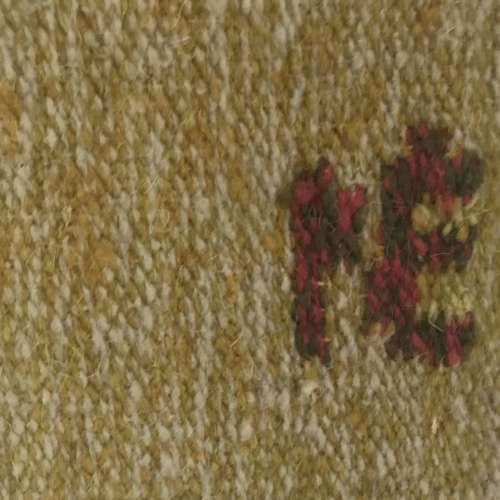 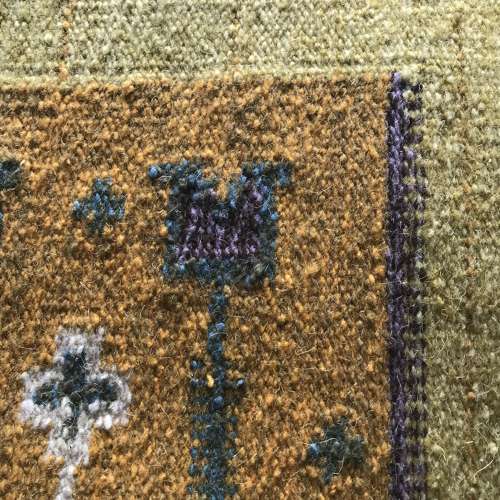 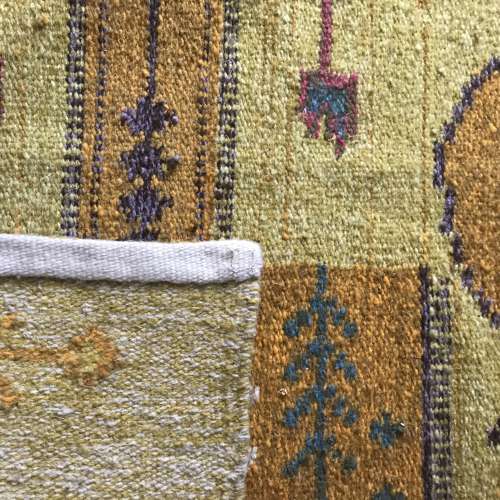 This woven woollen wall-hanging features a design of stylised birds and flowers. It is woven in a heavyweight wool using mainly different shades of ochre with brighter yellow, green, brown and orange-red  highlighting the flowers and birds. It has the designer's initials NE in the lower right corner. The vertical edges are hemmed on the underside. c1970s.