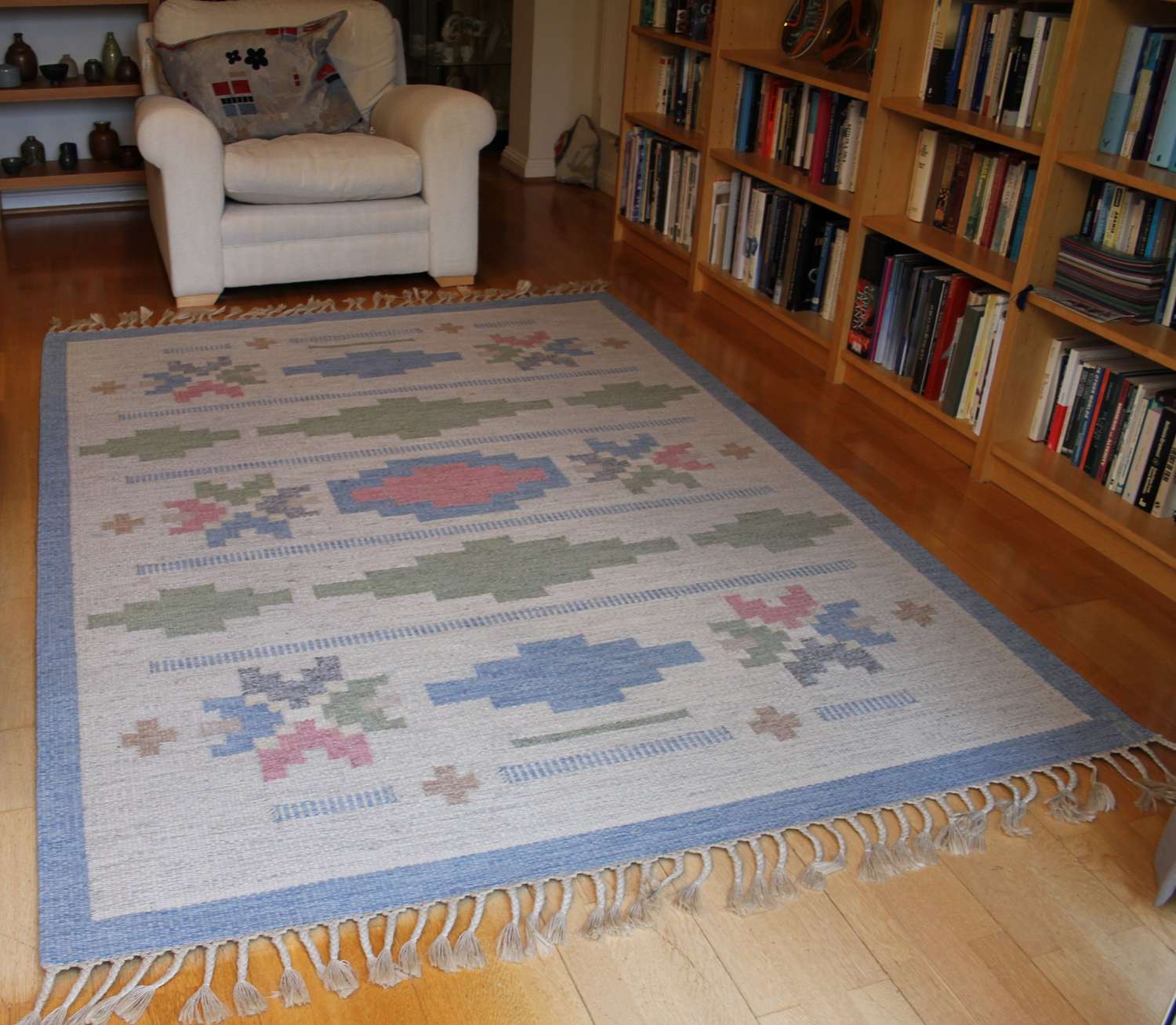 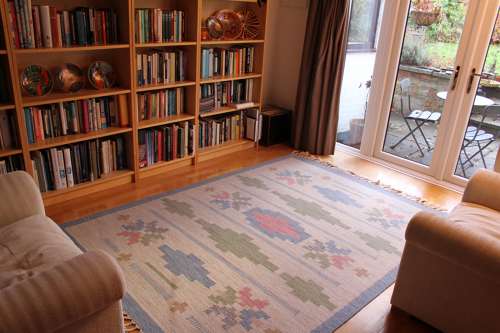 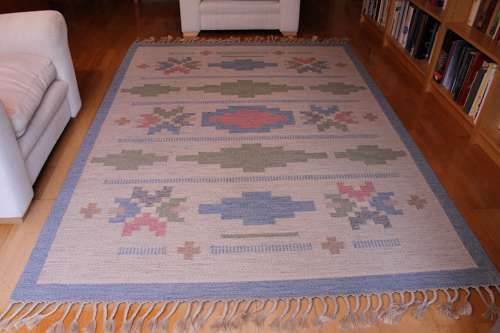 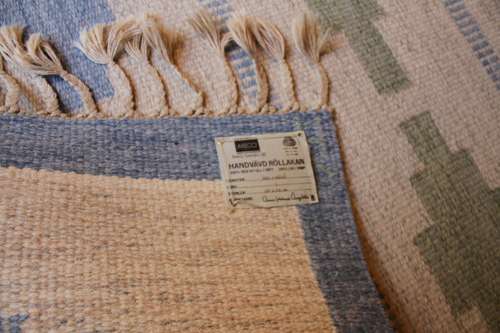 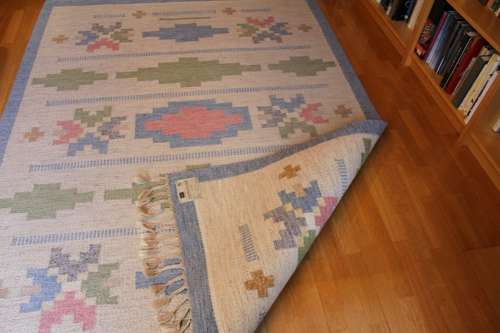 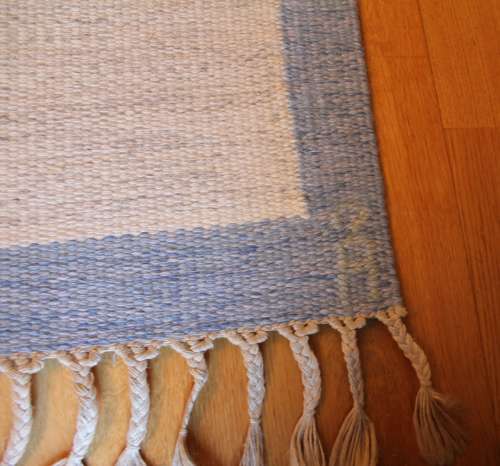 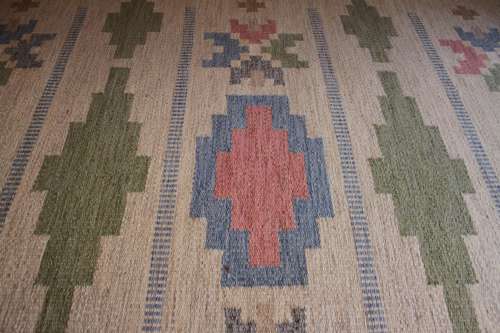 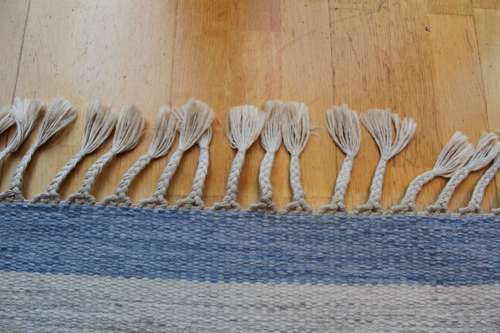 A classic Swedish flat-weave woolen rug (Röllakan) by Anna-Johanna Ångström for Axeco. This rug dates from the 1950s/60s and has the designer's initals in the bottom corner.

Anna-Johanna Ångström (1938 - ) is a well-known Swedish textile designer who produced many designs for the Axeco carpet and rug producers. She often used flower motifs in her designs.