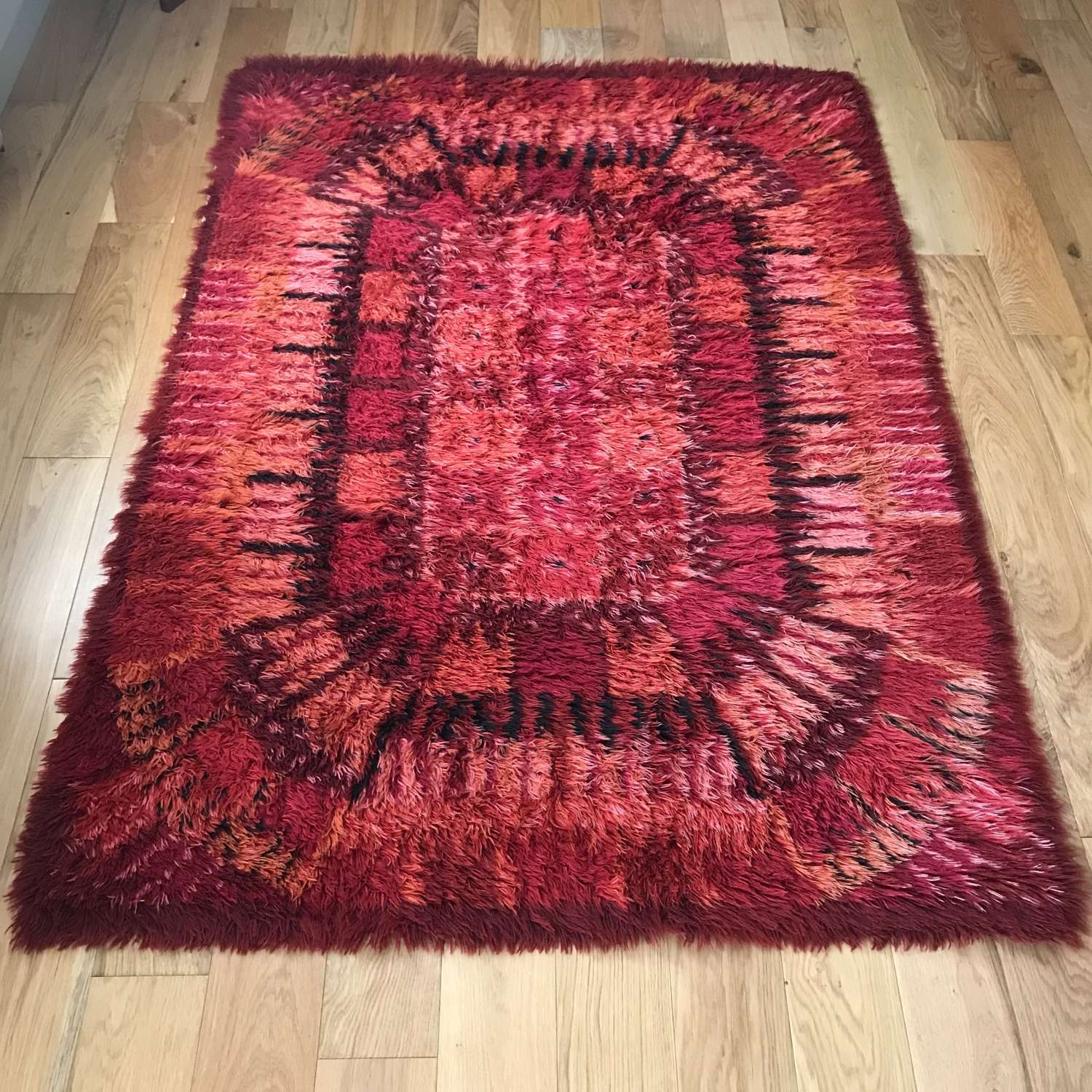 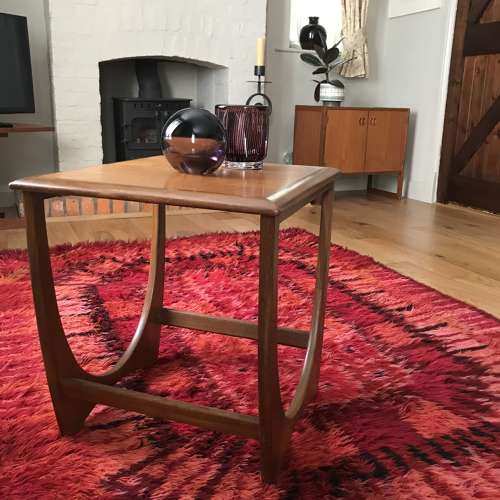 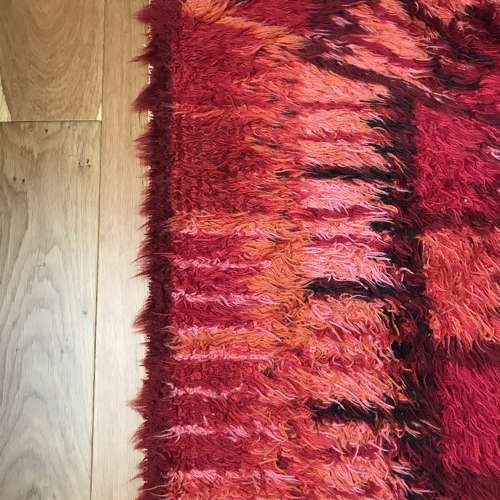 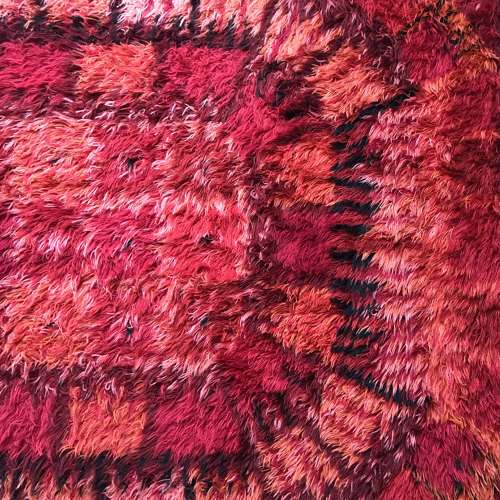 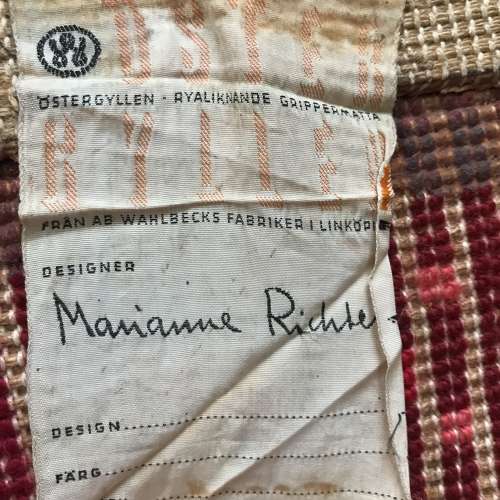 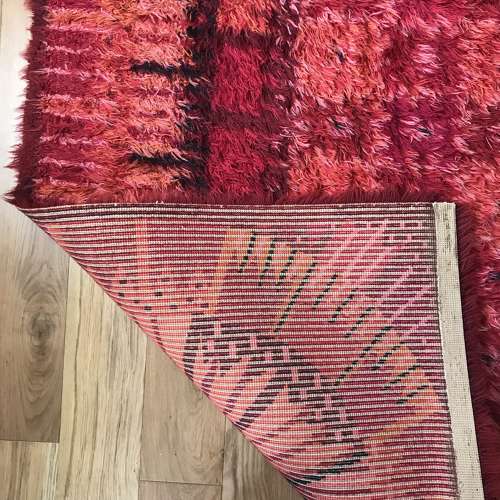 Marianne Richter Adelsnäs design red Rya rug for AB Wahlbecks Ostergyllan series. Label with her name on the back. The label design denotes this is an early example from 1955-8. All of the rugs in this series were named after a famous Swedish building or landmark, in this case a manor house near Linkoping. It depicts the rays of the sun reflected in a mirror or sun cannon found at this location.

Marianne Richter (1916-2010) was one of the most important designers of Swedish rugs and tapestries. She worked for the Märta Måås Fjetteström studio alongside her mentor, Barbro Nielson, from the 1940s designing some of the finest hand woven rugs ever made. She also designed the 200 square metre tapestry that hung in the United Nations building in New York from 1952-68. This was sadly destroyed by the combined effects of use of an untested fire retardant chemical and sunlight in the late 1960s and only a few scraps of it now remain. It is regarded as one of the great lost modernist works of the Twentieth Century. She also took on commissions with other companies to produce machine made rugs that could be accessible to a wider public. Leading amongs these was AB Wahlbecks who produced about 22 of her designs for Rya rugs from 1955-72. She has become known as one of the greatest designers of Scandinavian Rya rugs who made her work accessible to the many and not just the wealthy.