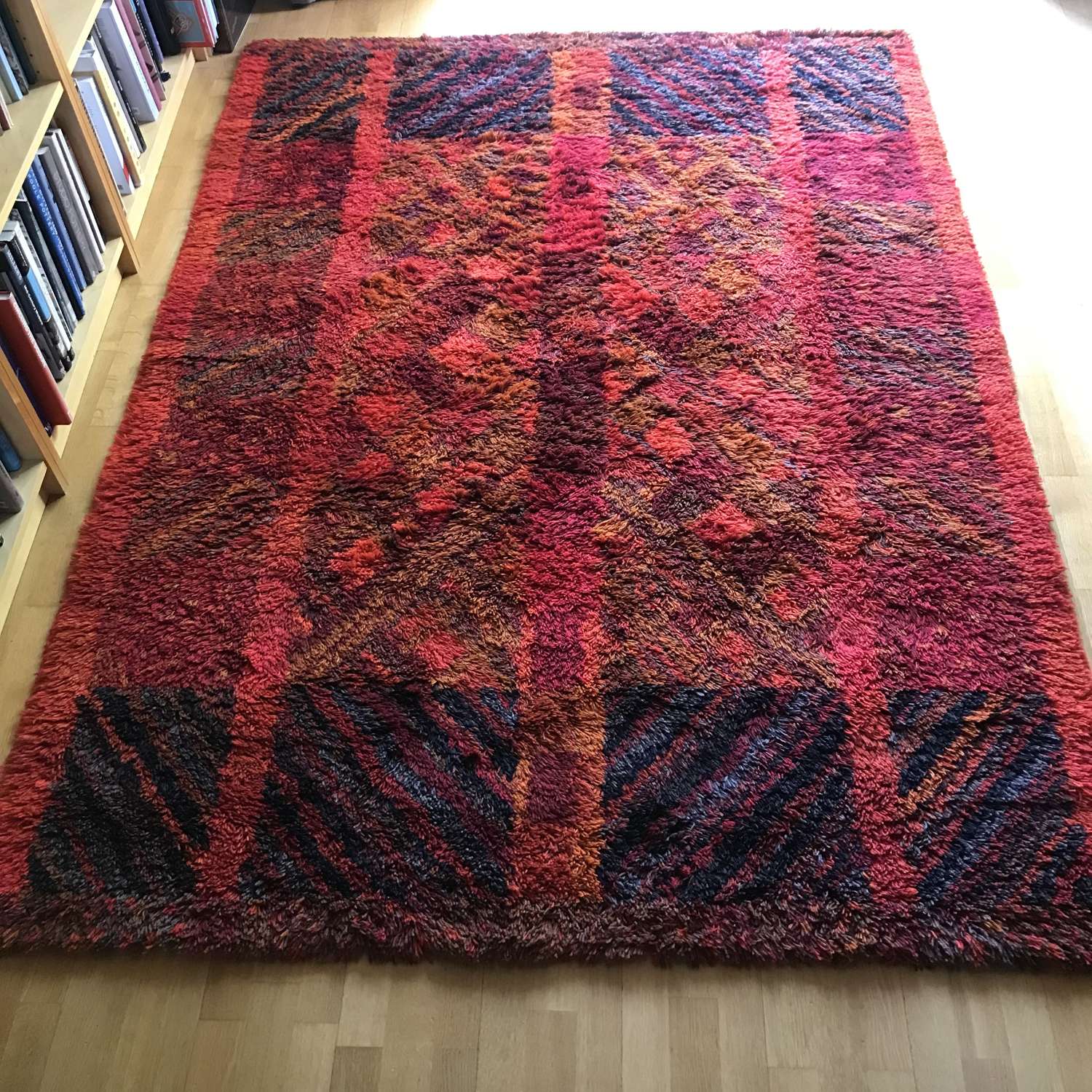 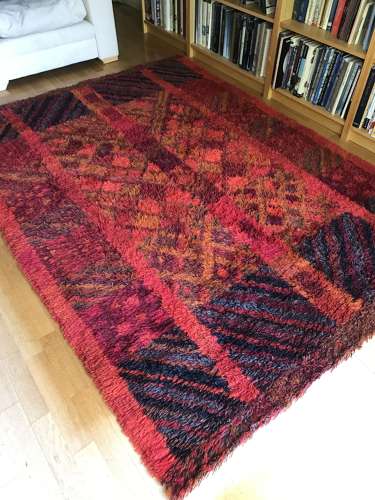 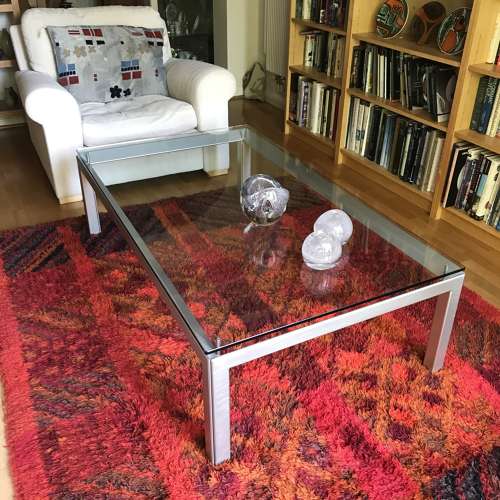 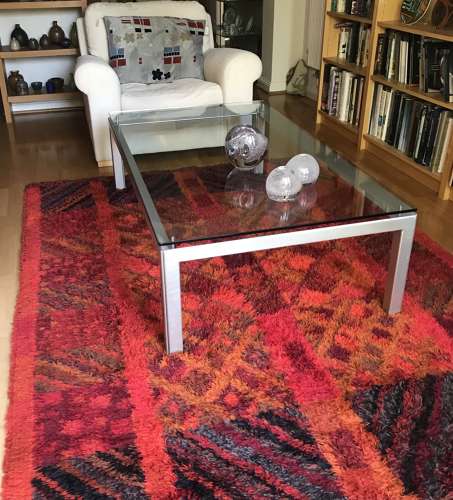 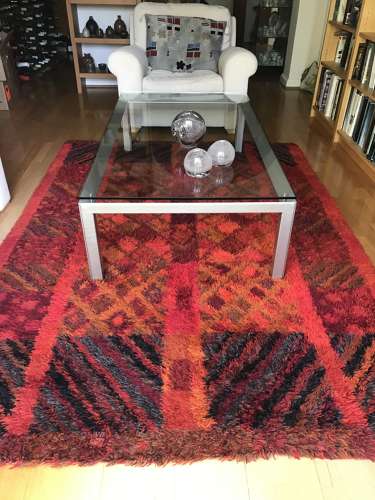 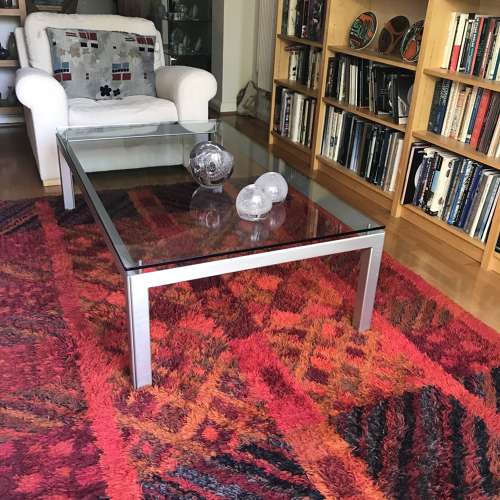 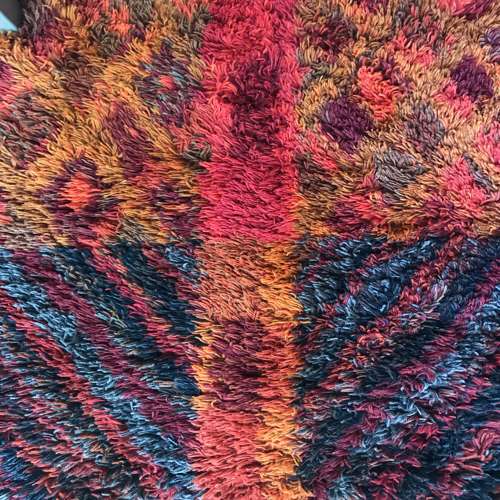 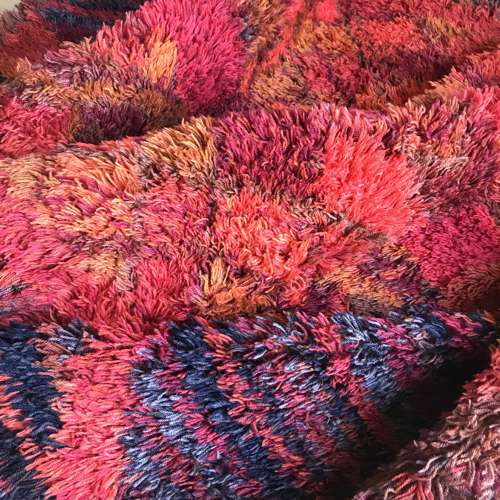 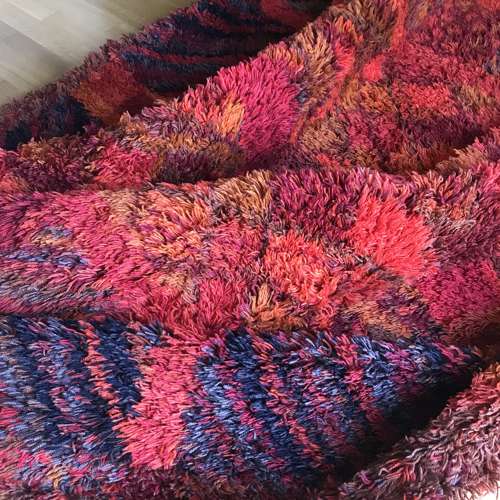 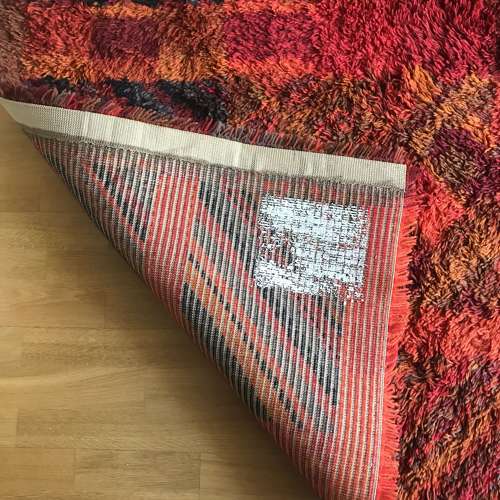 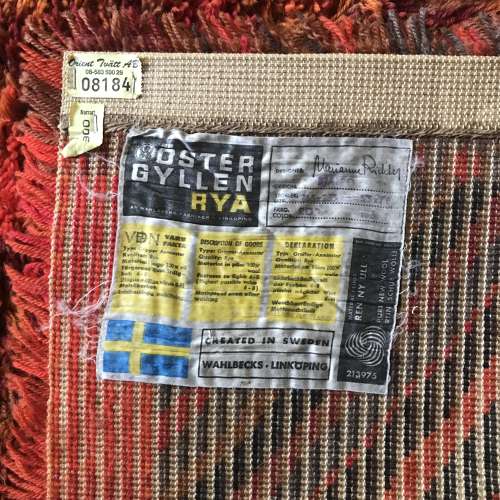 Marianne Richer Bjälbo design red Rya woollen rug for AB Wahlbecks Östergyllan series. Label with her name on the back. The label design denotes this is an early example from 1966-9. All of the rugs in this series were named after a famous Swedish building or landmark, in this case the manour house belonging to the noble Ostragothian family.