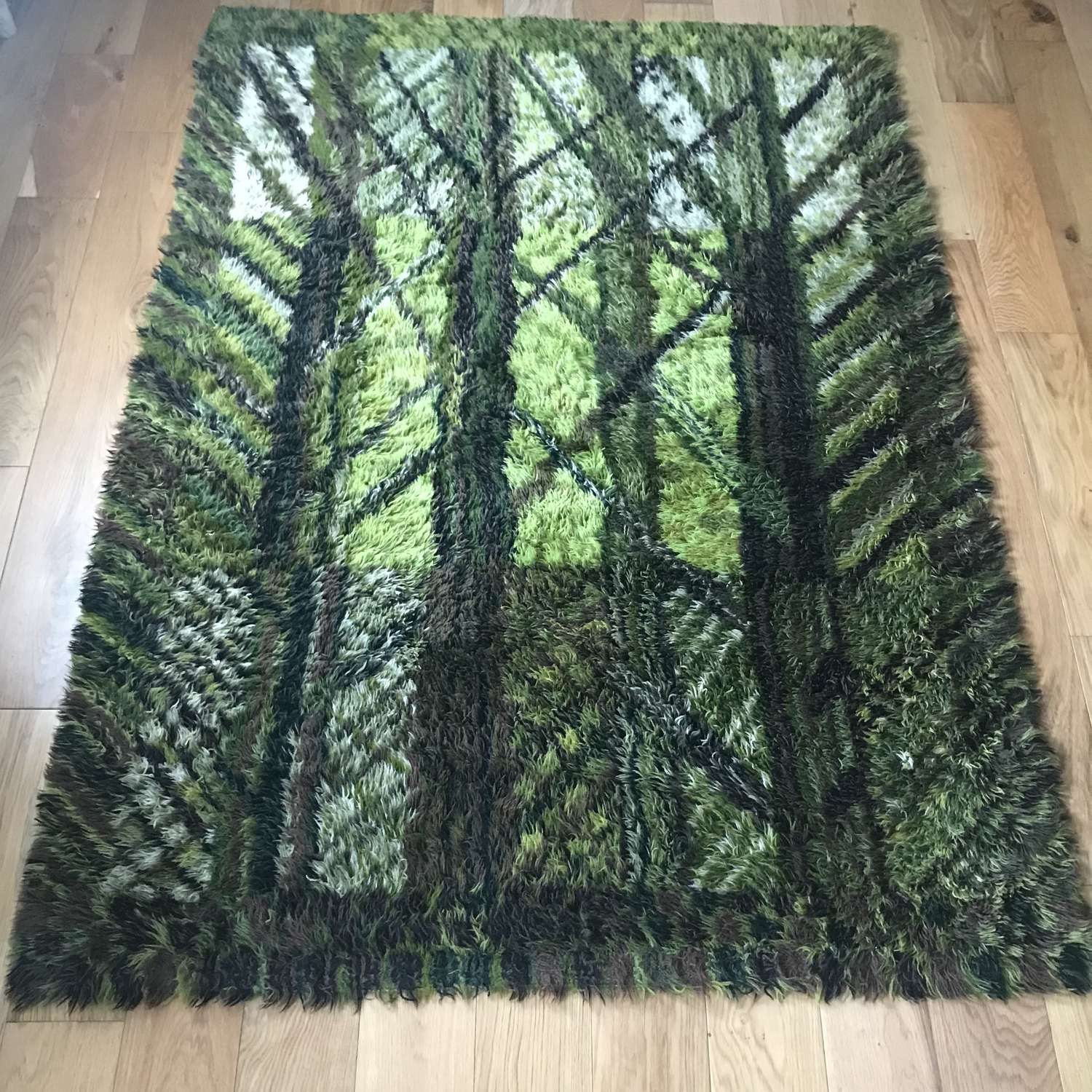 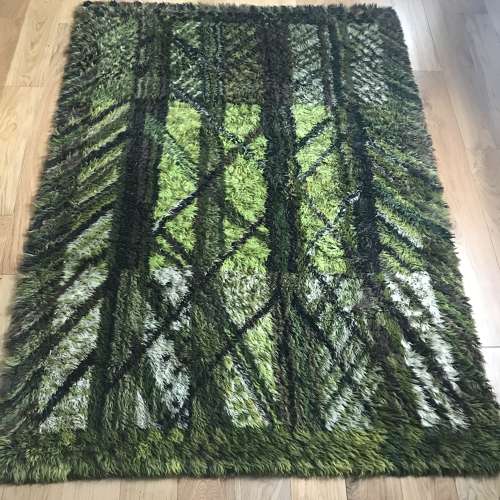 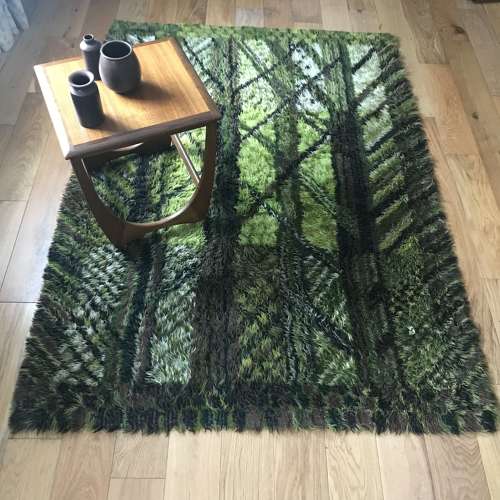 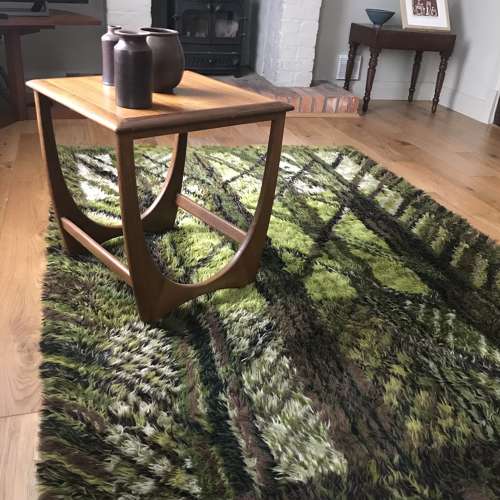 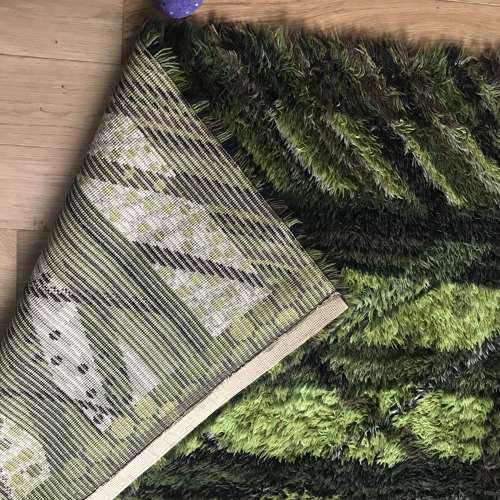 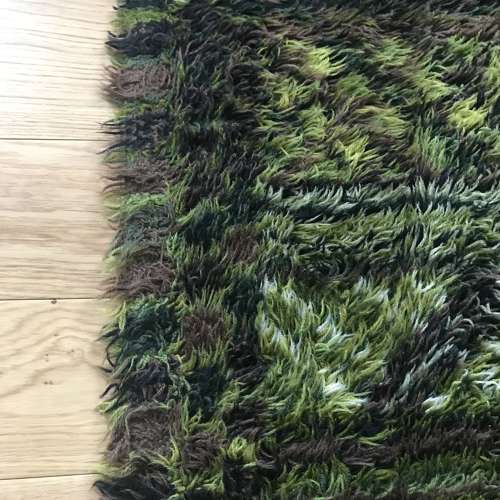 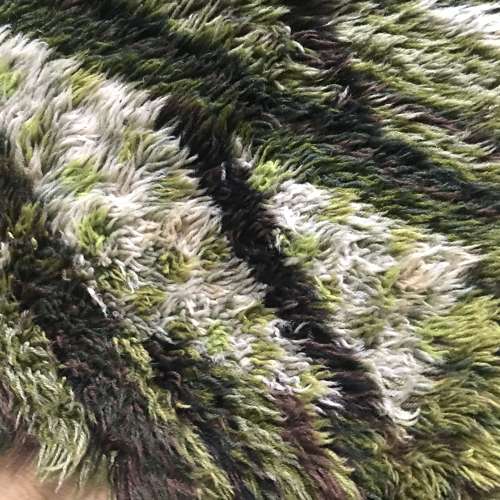 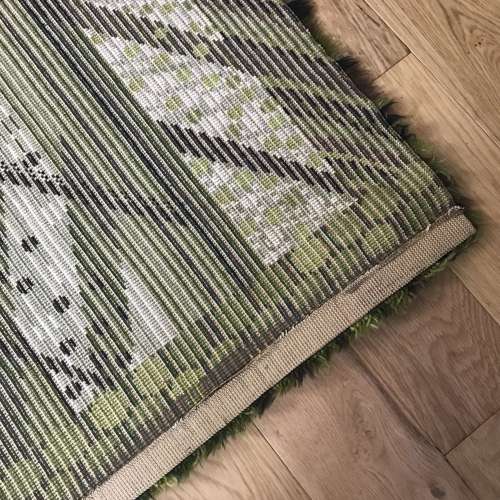 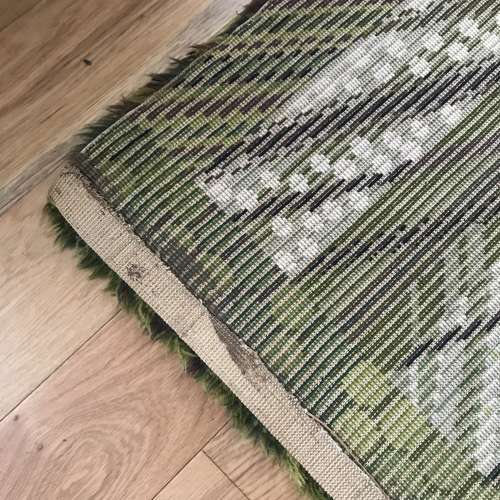 Marianne Richer Kolmården design green rya rug for AB Wahlbecks Östergyllan series. Unlabelled but a well-known design that dates from the 1960s. All of the rugs in this series were named after a famous Swedish building or landmark, in this case the forested rocky ridge south of Stockholm, known for its wildlife park.

Excellent condition with minimal wear to the edges and two minor, very light marks. There are some marks on the back.