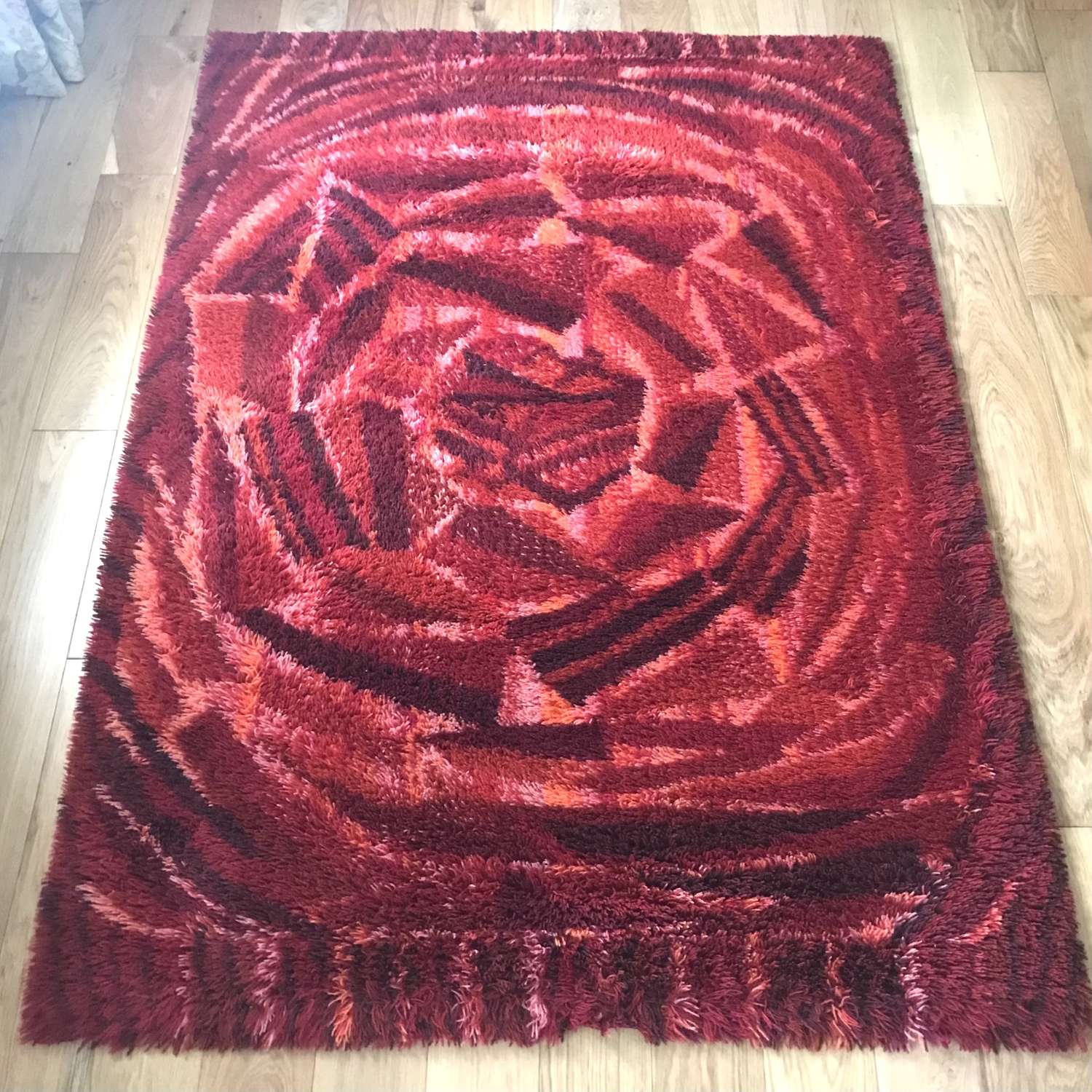 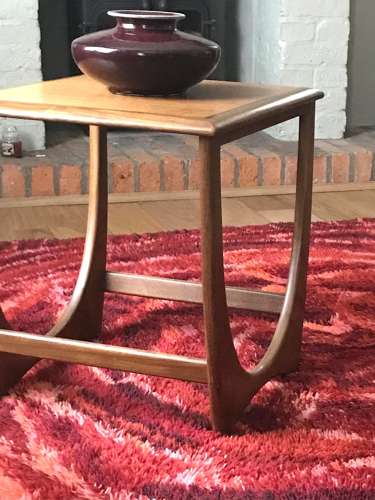 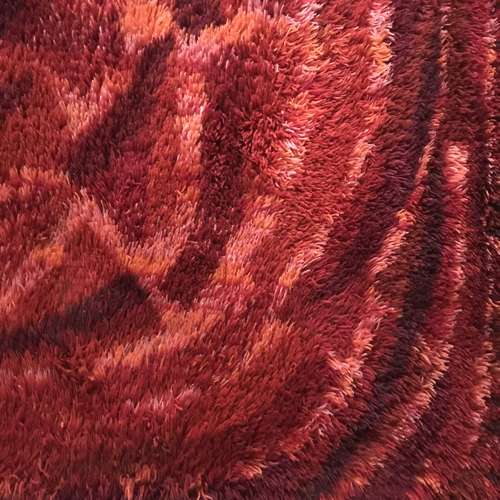 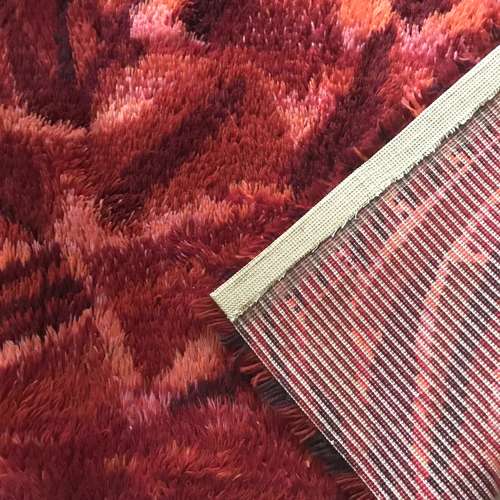 Marianne Richer Rosenkalla design red Rya rug for AB Wahlbecks Östergyllan series. Unlabelled but a well-known design that dates from about 1964. All of the rugs in this series were named after a famous Swedish building or landmark, in this case the water source for Nyköping.