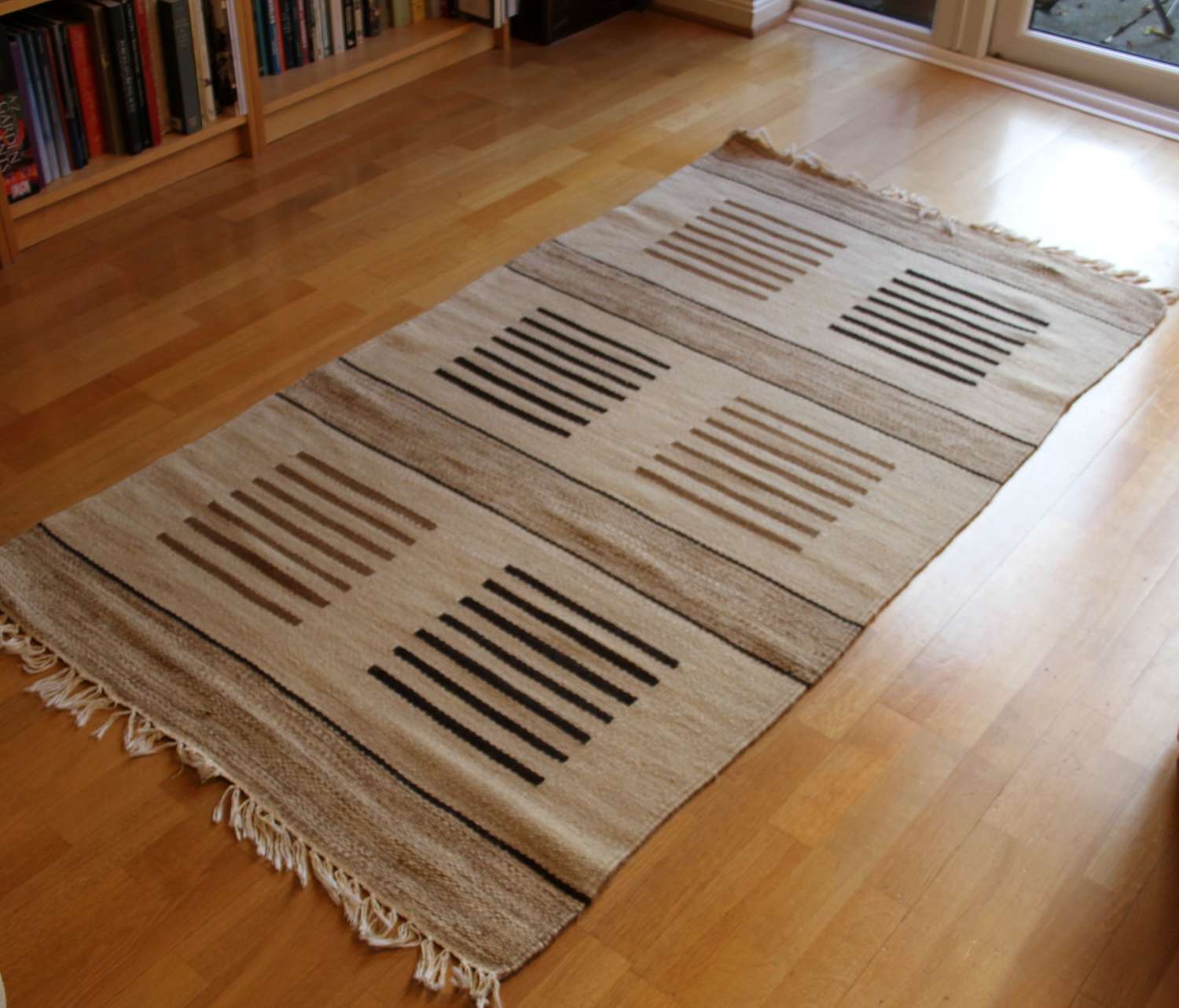 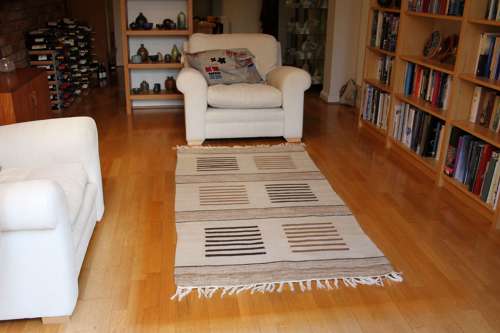 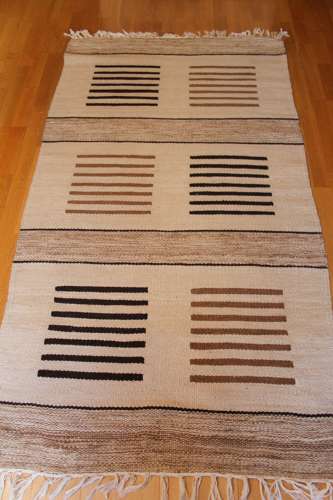 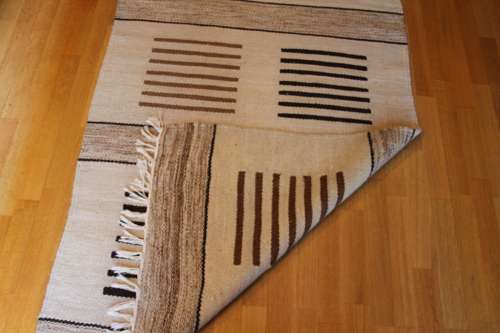 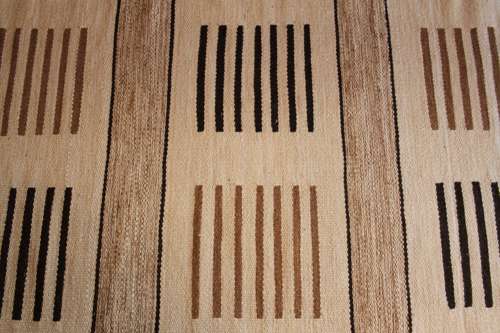 A rug with a real statement design. This Röllakan flat weave woollen rug is from Sweden and dates from around the 1970s. It is unsigned.