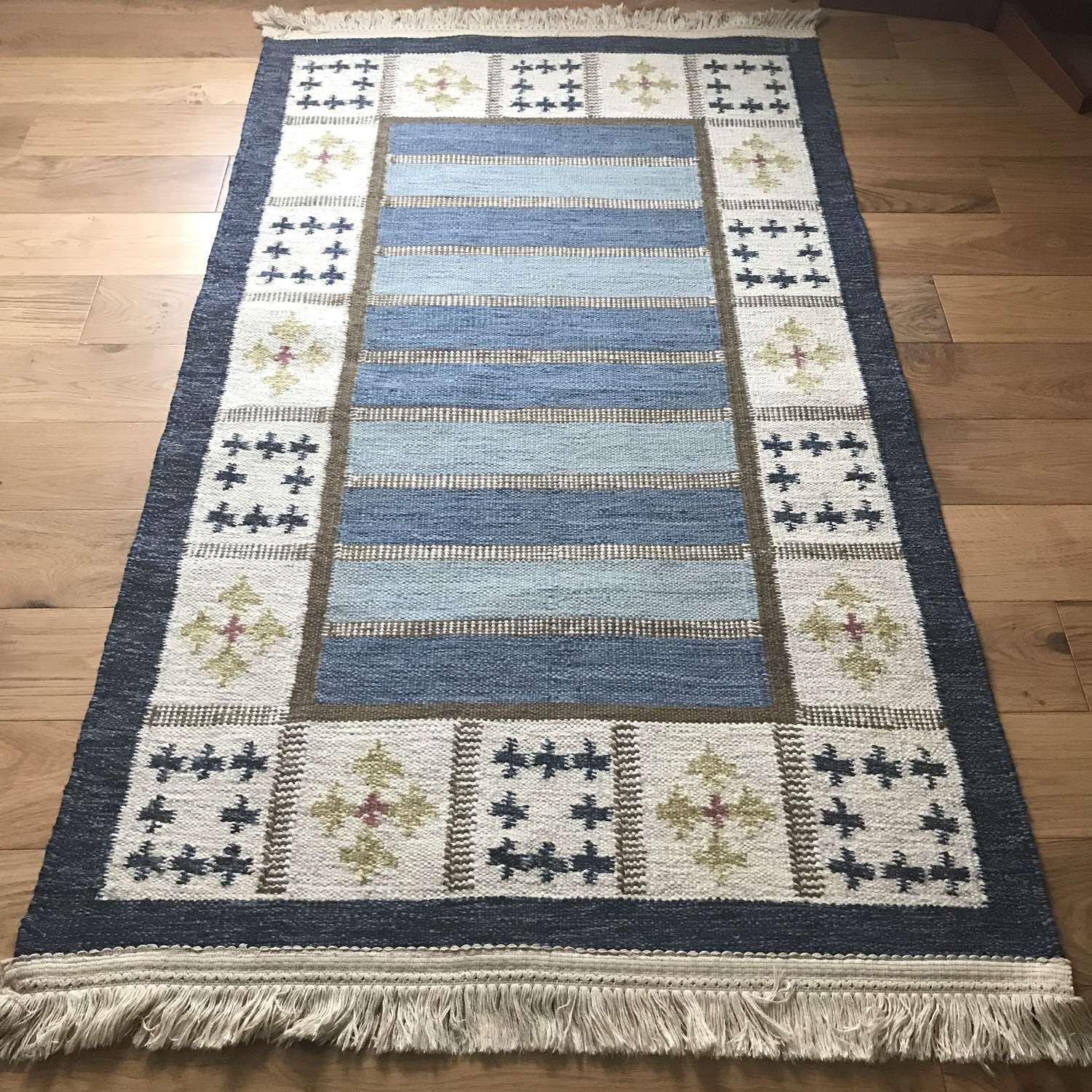 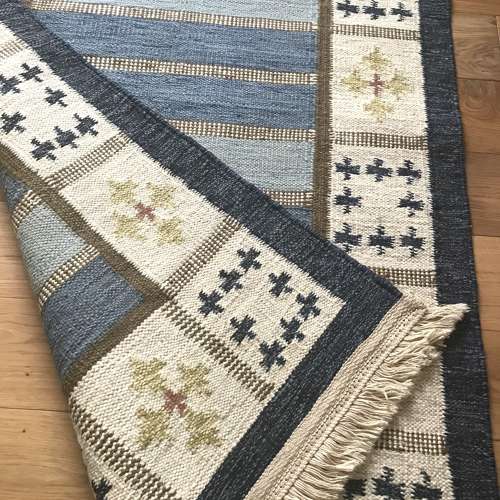 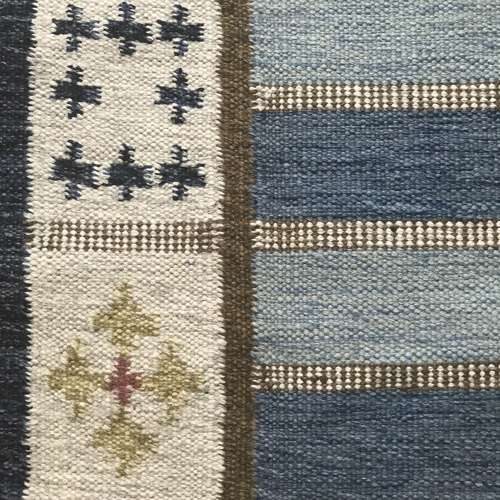 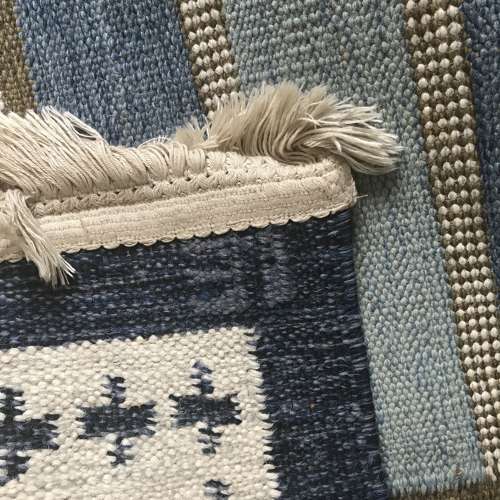 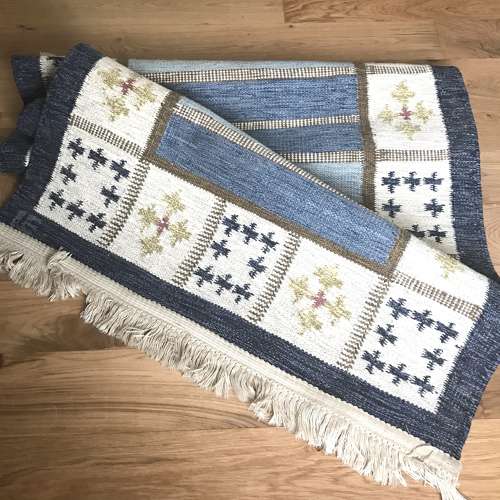 This Swedish woollen rölakan rug dating from the mid-1900s is mainly woven in blue and natural shades wiht geometric patterns. The maker's initials 'IE' are woven in to the design.

Excellent used condition, including the fringes.