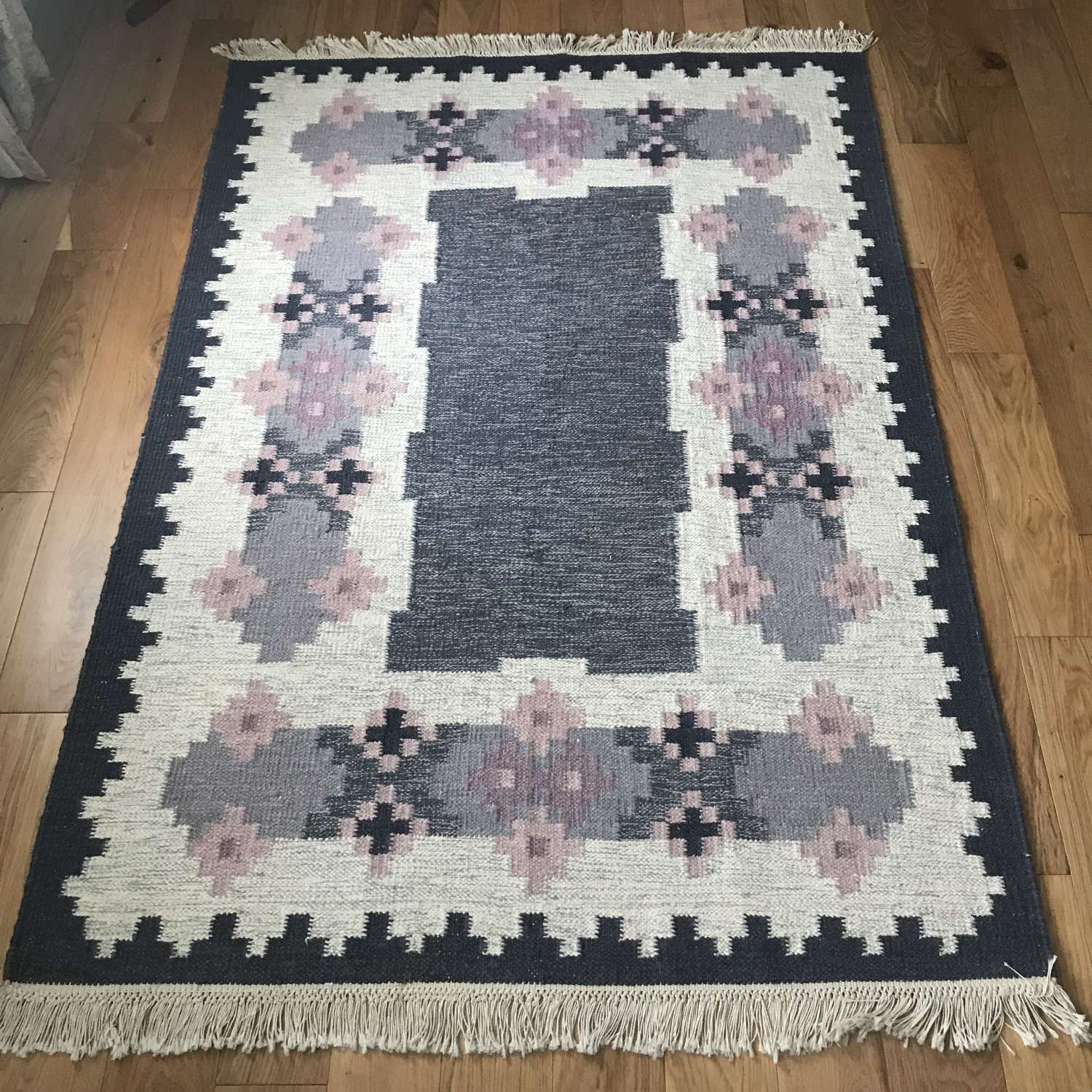 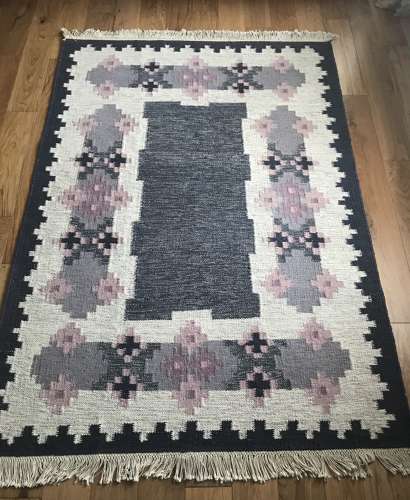 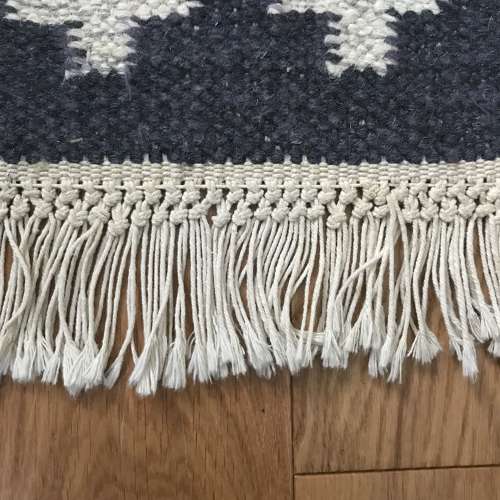 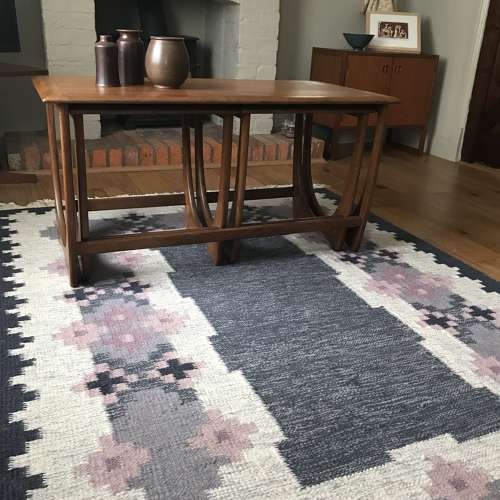 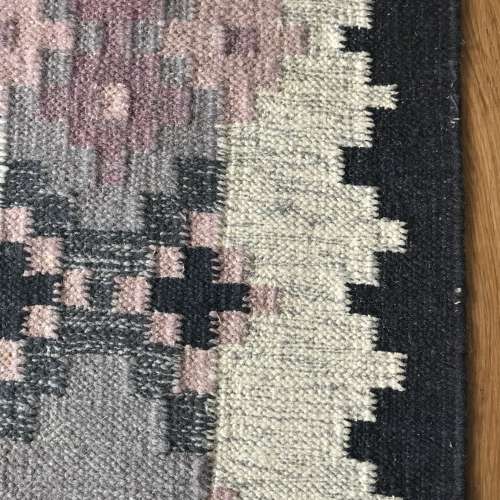 Swedish woollen röllakan rug with a  geometric design in pink and purple on a natural coloured background. 200 x 142 cm. This rug is reversible.

Clean and in very good condition with only minor signs of use.

Rugs are shown in a room setting. This sale is for the rug only.