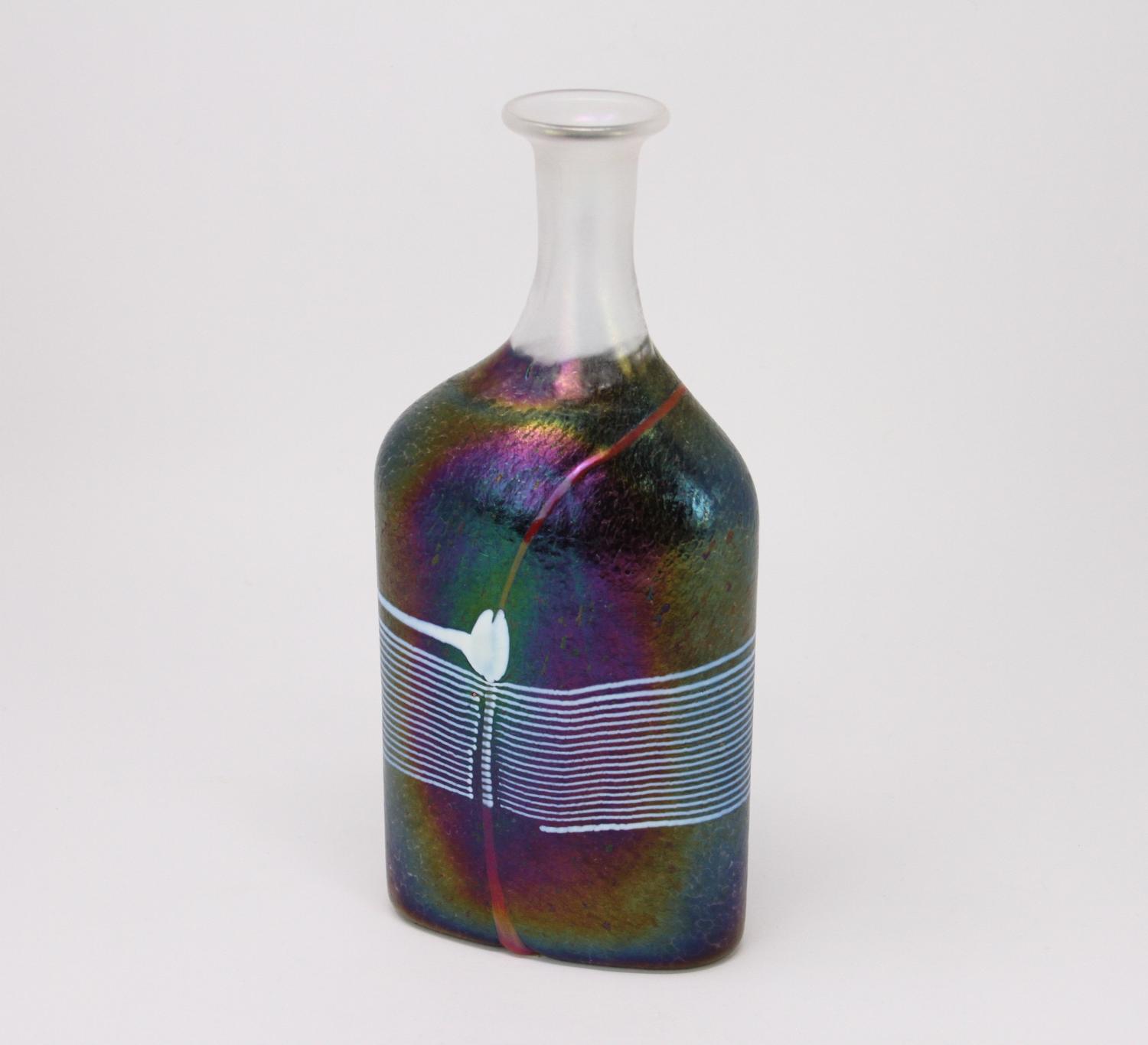 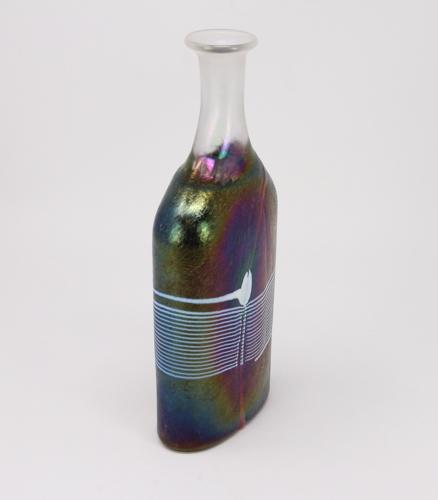 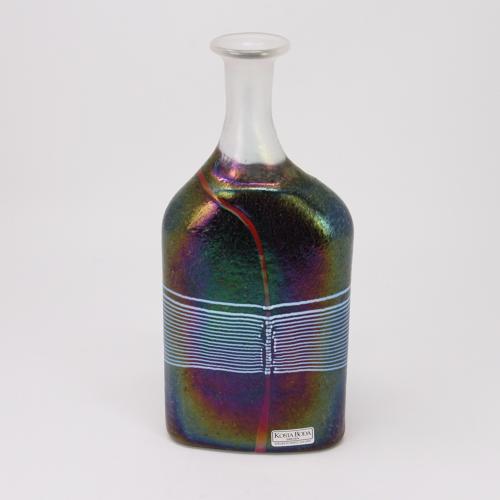 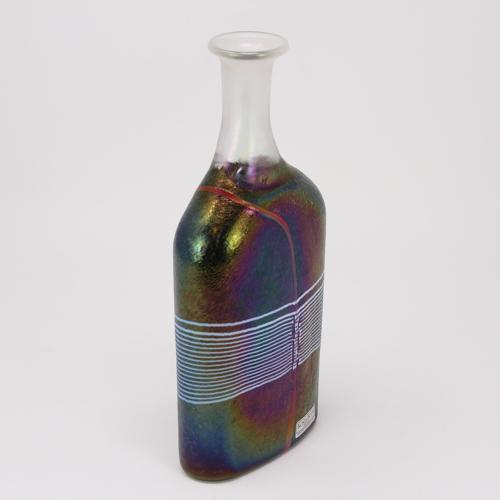 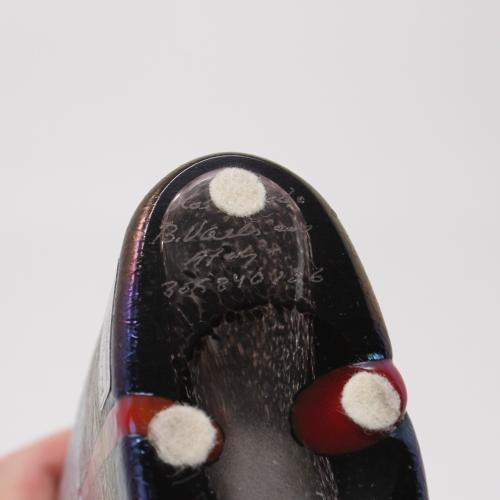 A fabulous iridescent bottle vase by Bertil Vallien for Kosta.  Designed in the 1980s as part of the limited edition Atelier series this is a notable piece of studio glass from a great decade for Kosta. It retains the original paper label.

The vase is in excellent used condition and is signed and numbered to the base 385840136.