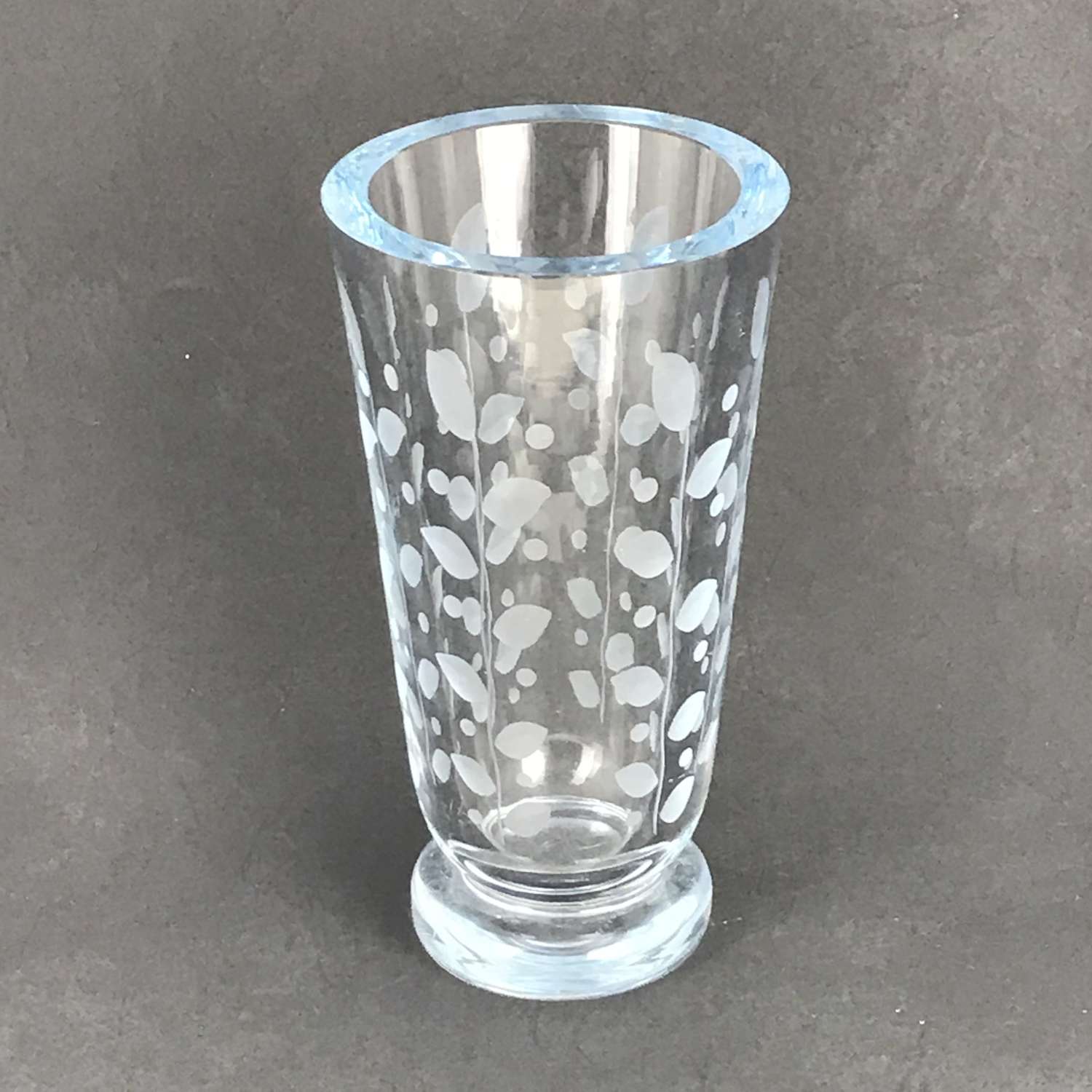 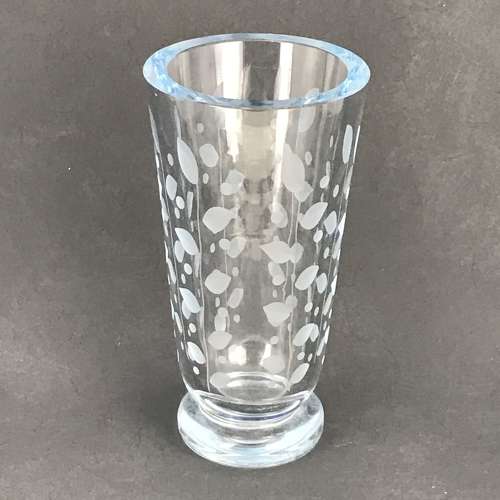 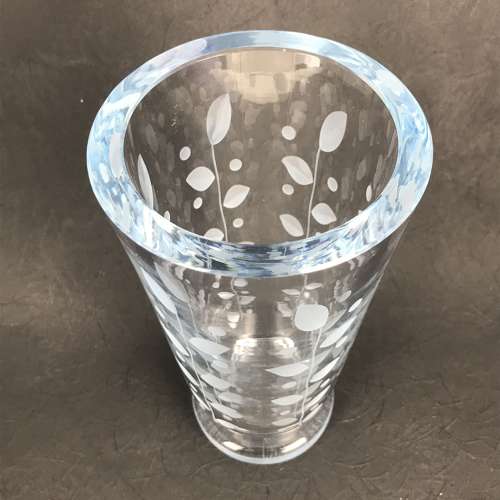 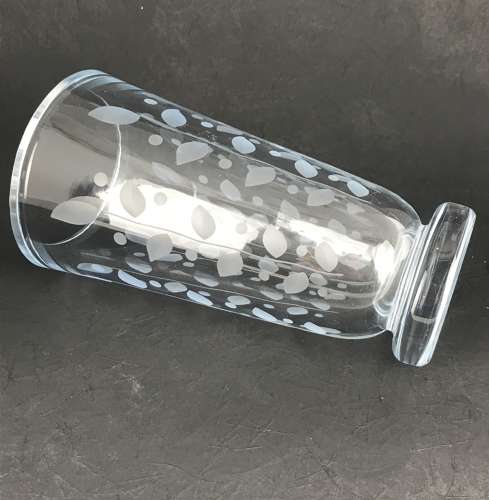 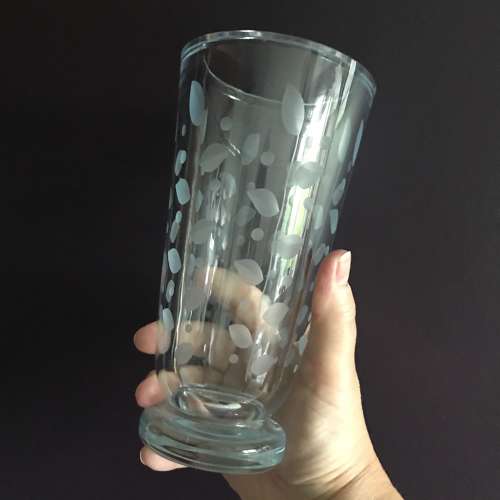 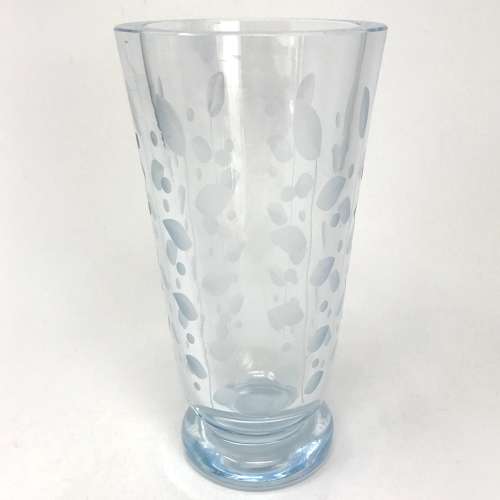 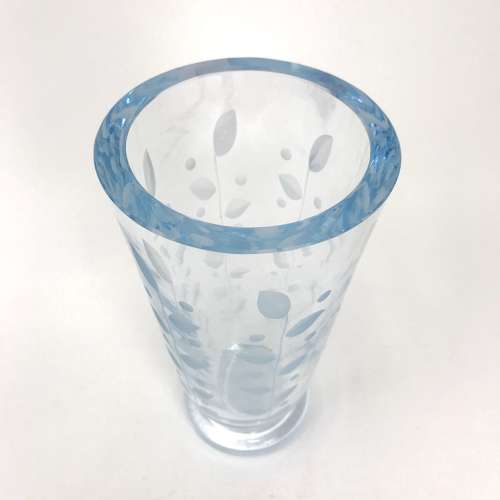 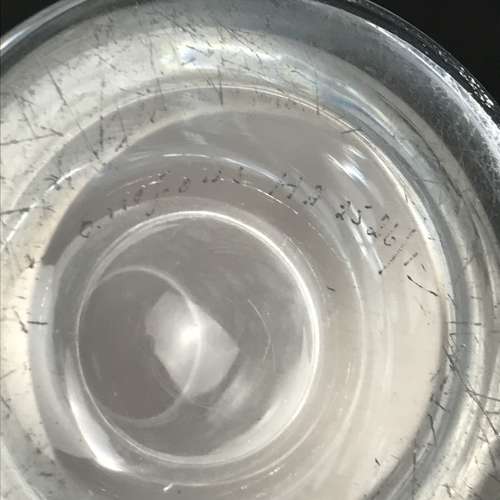 Excellent used condition. Light surface marks to interior of vase at bottom from use.

Edward Hald (1883-1980) Along with Simon Gate, Edward, or Nils Tove Edward Hald, was one of the great pioneers of Swedish glass at Orrefors. Born in Stockholm he went to Leipzig to study architecture. He also took up painting and spent some time in Paris studying art with Henri Matisse. He retured to Sweden in 1917 and after a short time designing tablewares at Rõrstrand he moved to Orrefors to design glass. While there he helped to develop the graal technique and produced some of the most accomplished etched glass in the pre-war years. Along with Gate he is credited with developing the Swedish version of Art-Deco know as Swedish Grace after their work was show to great acclaim at the famous Paris Exposition of 1925. His time with Matisse influenced his style of decoration which has a lightness and modernism to it. He is one of the greatest innovators in Twentieth Century glass across a working life spanning over 50 years. He retired in 1971. His work is held in museums worldwide including in the Metropolitan Museum of Art in New York, The British Museum, and the Victoria and Albert Museum. His name is synonymous with Swedish glass.