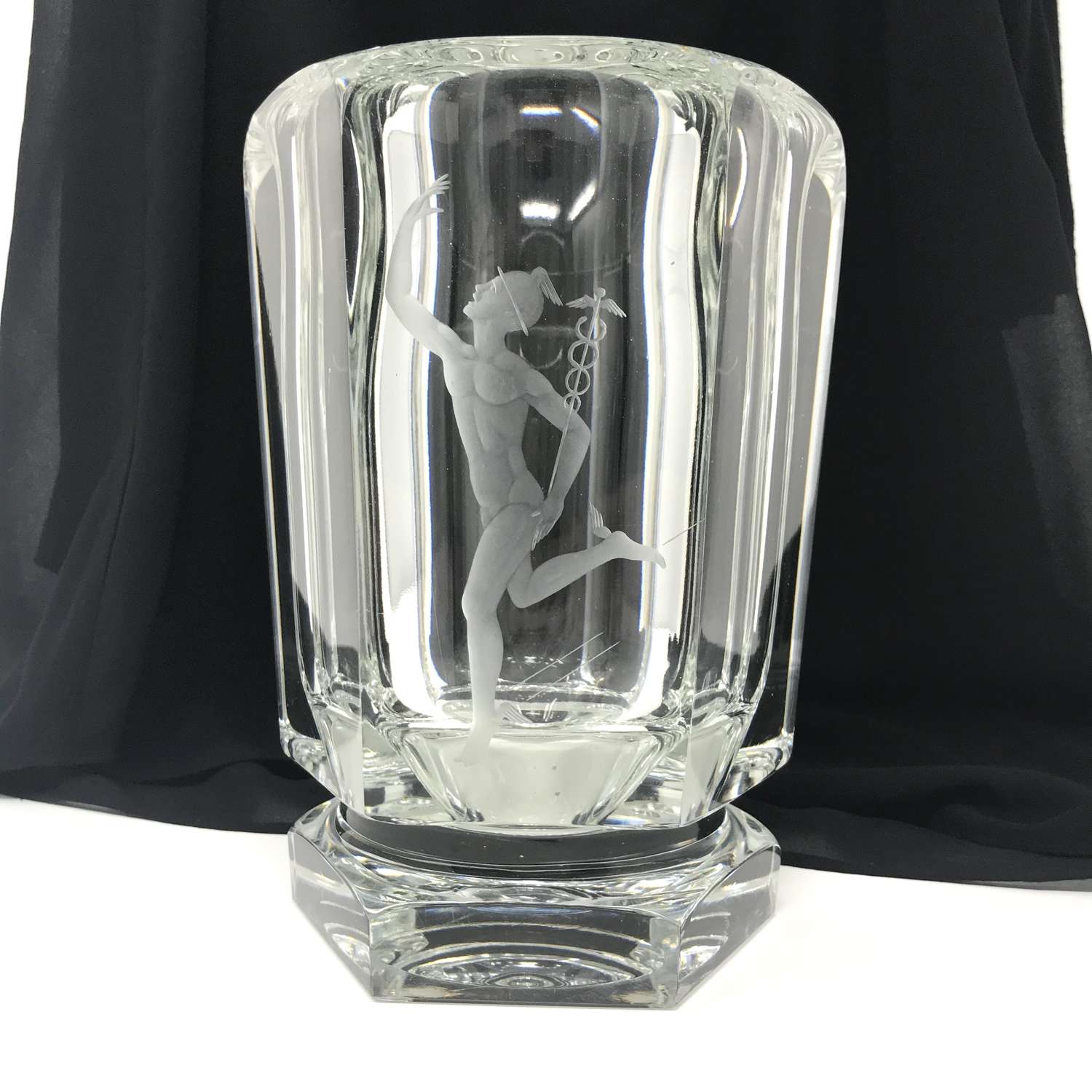 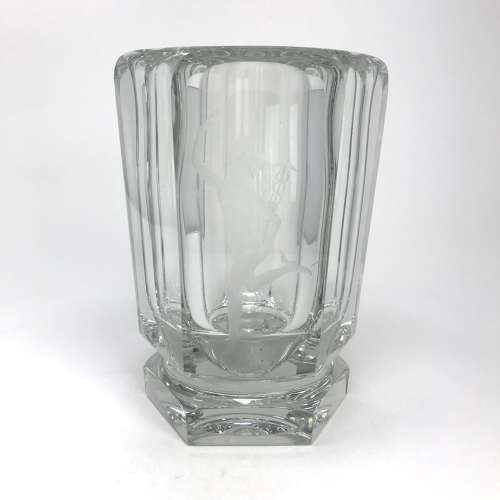 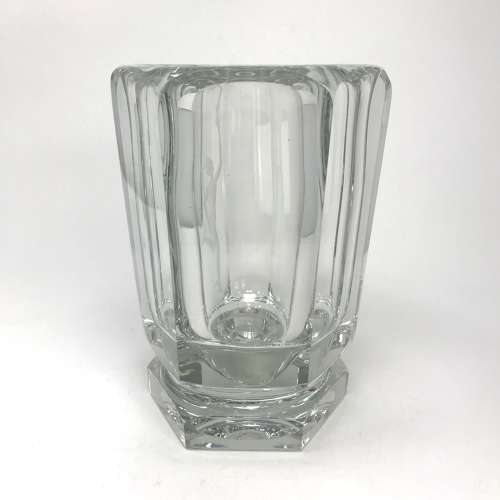 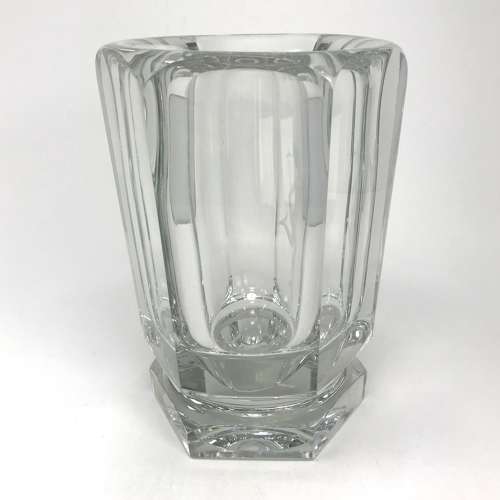 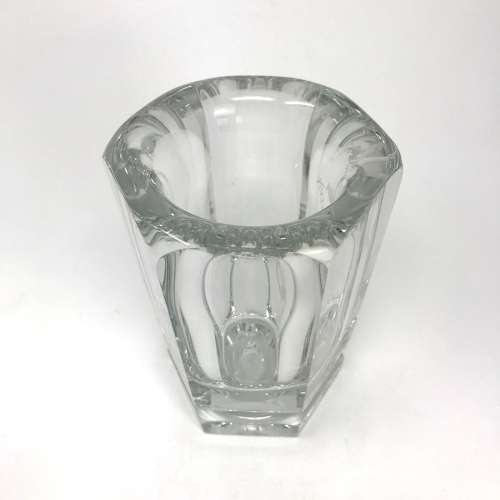 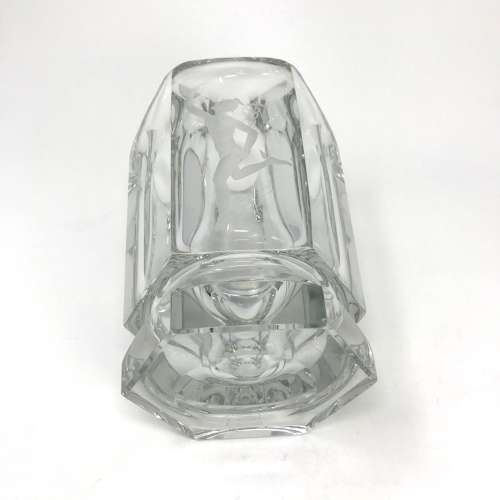 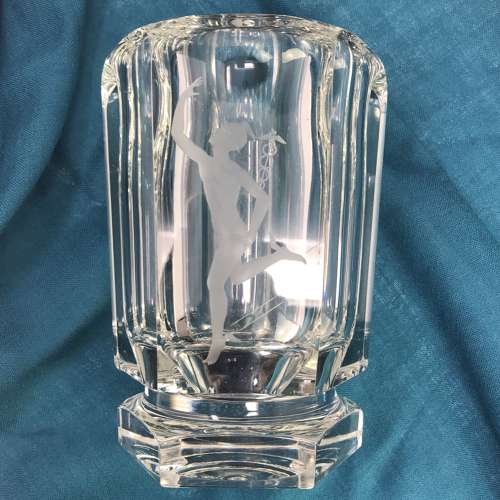 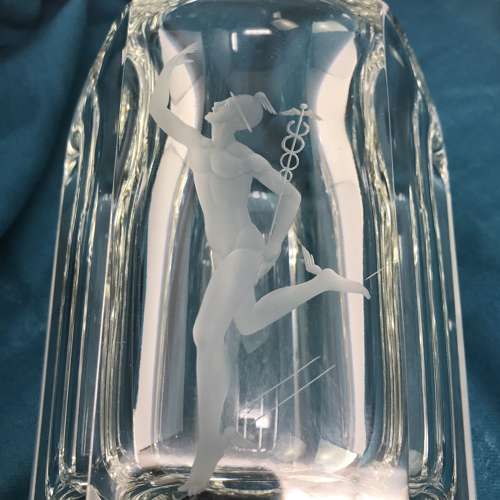 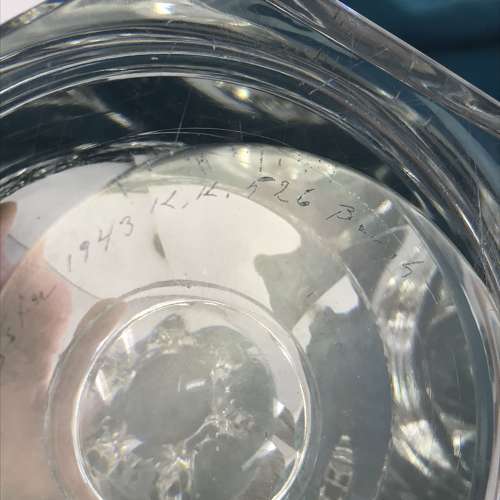 Hexagonal  glass vase with etched figure of Mercury on one facet. Designed by Elis Bergh for Kosta. Signed, numbered 526 and dated 1943.

Elis Bergh (1881-1954) began as a glass designer at Pukeberg before moving to Kosta in 1928 where he became artistic director until he retired in 1950. His work spans the Art-Deco, wartime and post-war midcentury periods and examples of his work can be seen to chart the changes in design during this time. He is particularly well known for the quality etched glass that was produced at Kosta at this time, often rivalling Orrefors for quality.