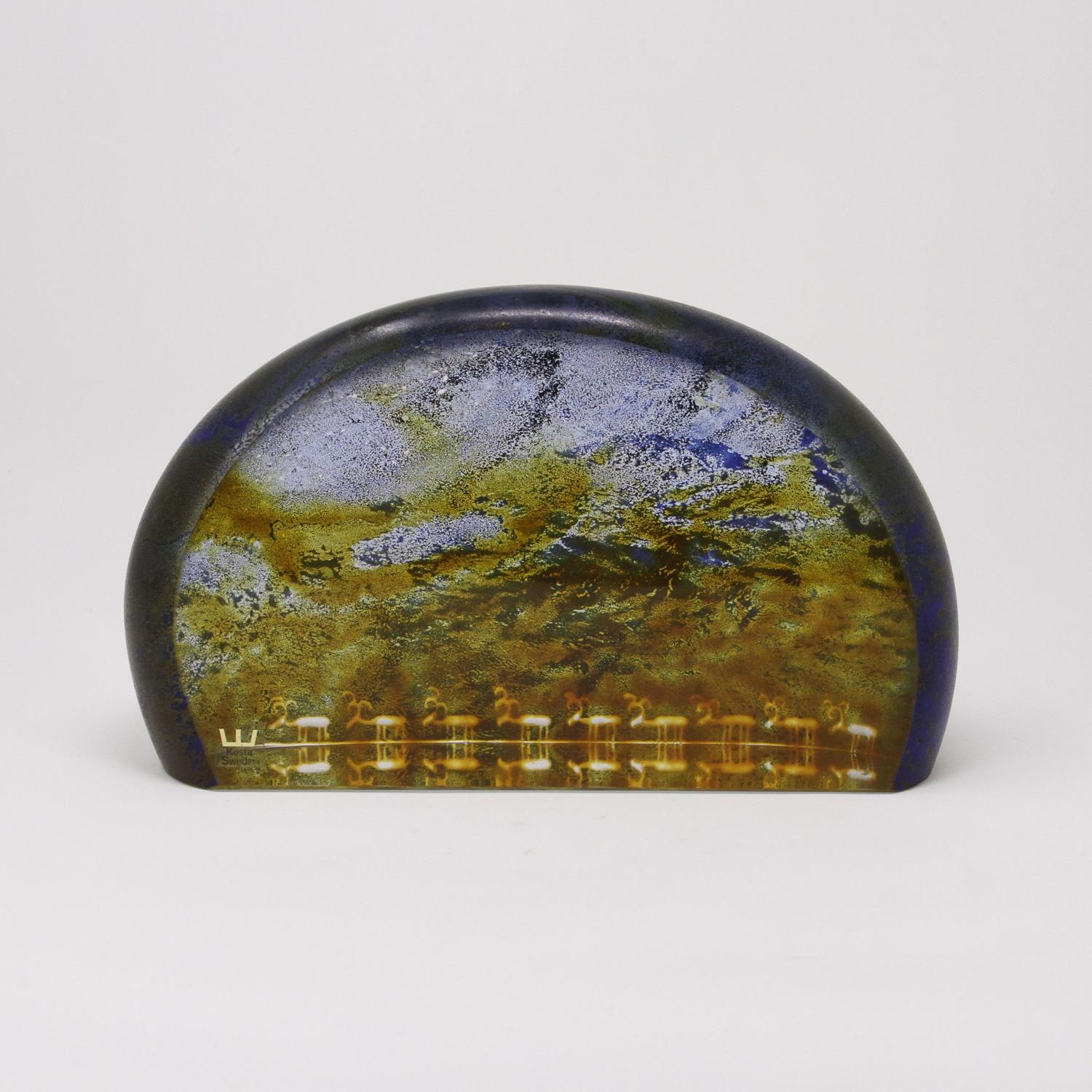 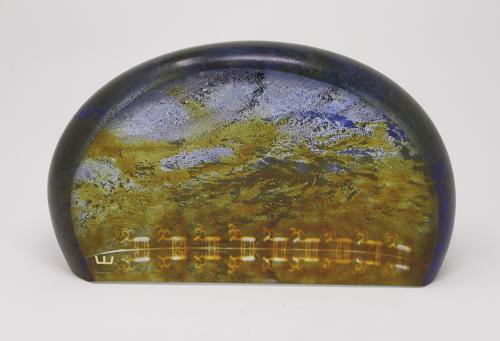 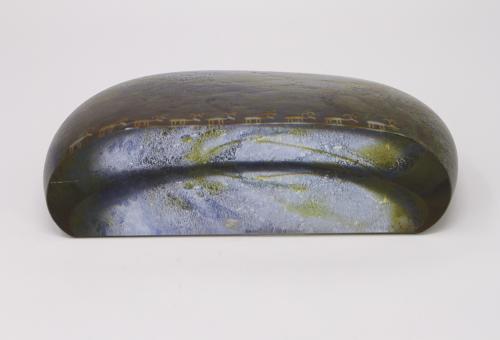 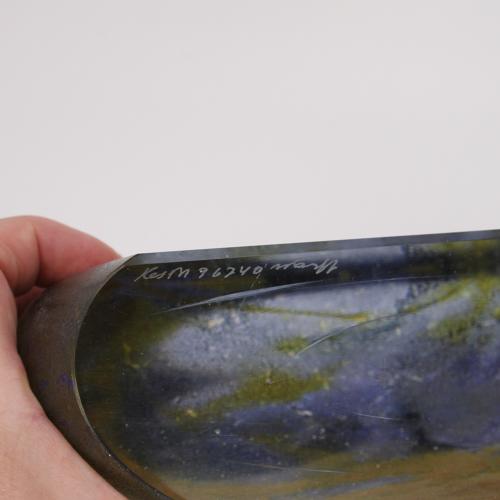 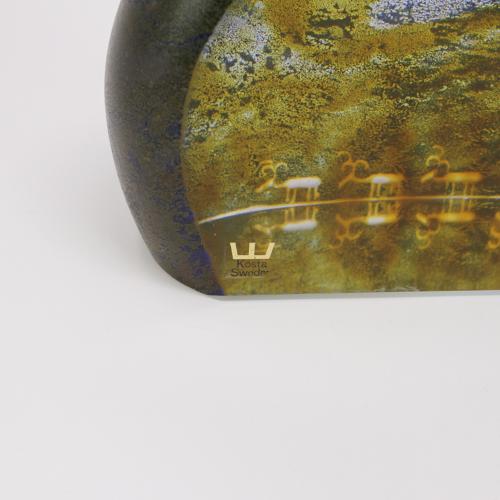 A highly sought after Reindeer paperweight from the Lapland series for Kosta by Goran Warff. Warff designed these in the late 1960s using ladscape motifs from Sweden.  On this one there are 9 reindeer etched on the back and it looks like they are walking alongside a lake in a winter tundra landscape.

The paperweight is in excellent used condition and is signed and numbered to the base 96740.

Goran Warff (1933 - ) joined Kosta in 1964 and worked for the factory as a glass designer until the early 1970s. He then left to teach in England and Australia before returning to Kosta in 1984. He designed many pieces with his wife Ann Warff (1937 - ). He was winner of the Lunning prize for design in 1968. His work is held in collections worldwide.