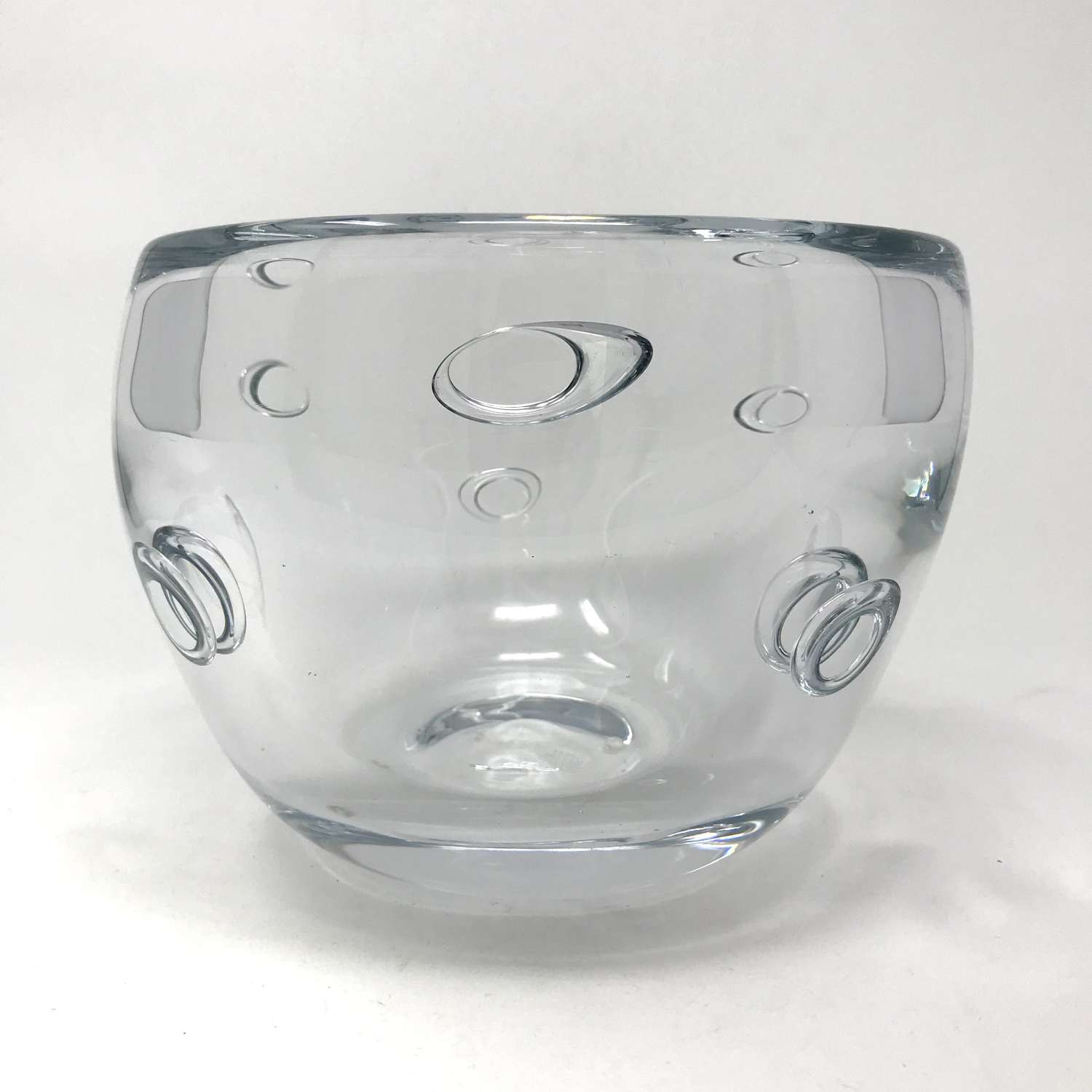 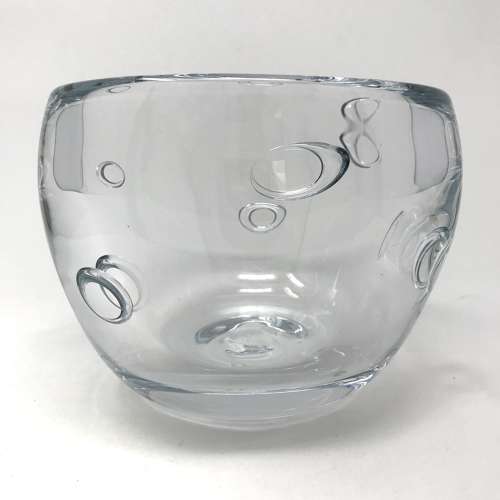 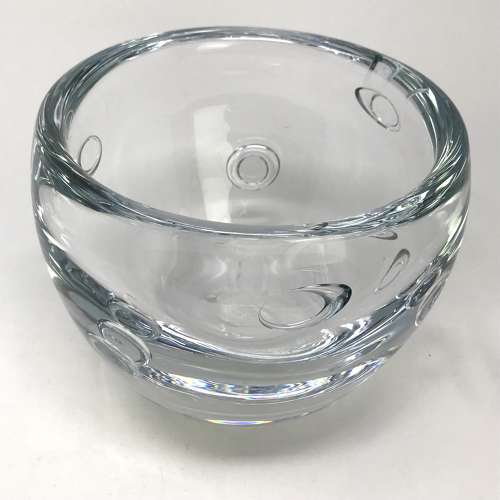 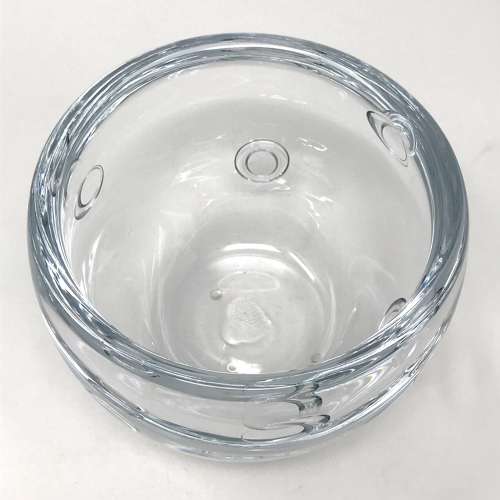 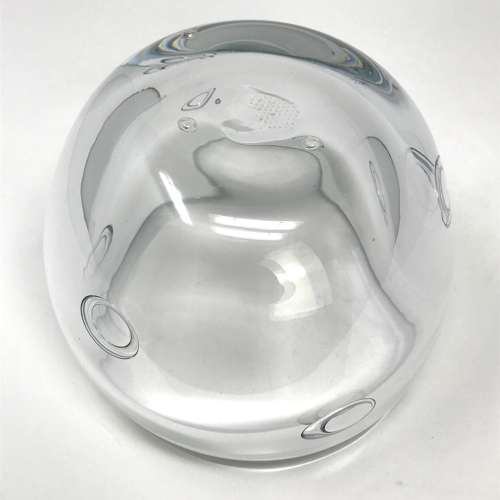 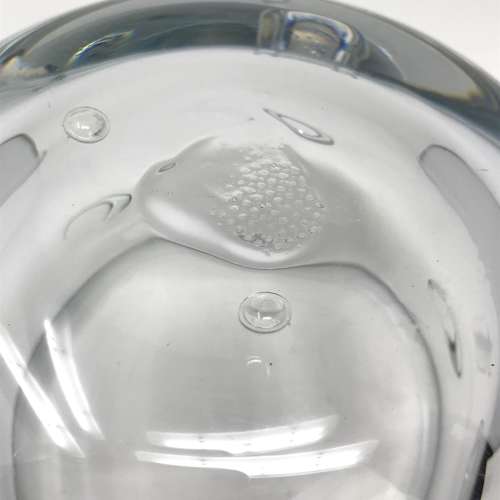 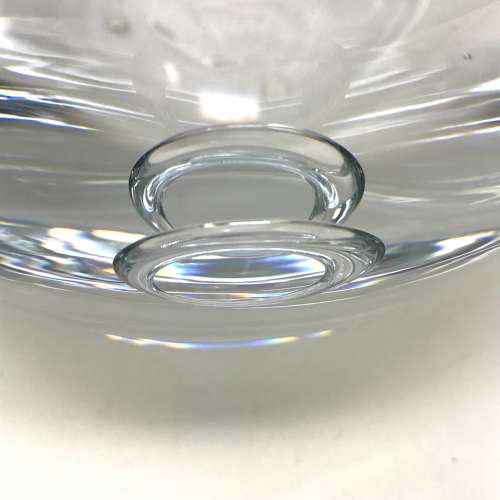 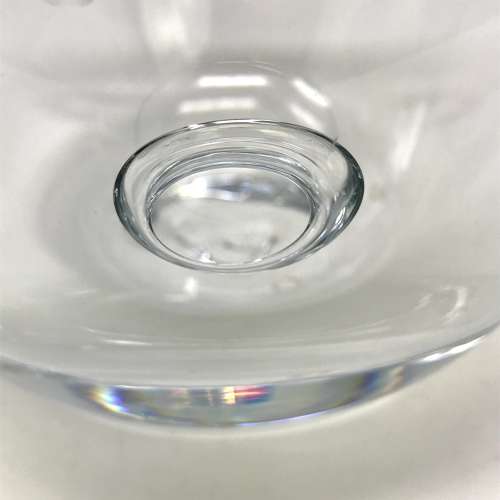 This pieces is probably a factory second as it is slightly rounded at the base. Small, clear rubber feet have been stuck to it so that it sits flat. These could be easily removed if desired. Factory seconds were often left unsigned. It is a real statement piece of glass.

Gunnar Nylund (1904-97) was Danish born but worked across both Denmark and Sweden during his career. His work spans the period from the 1920s to the 1970s making him one of the great leaders in Scandinavian design.  While he did produce work in glass it is the ceramics he did that he is best known for.  He started off at Bing and Grondhal in the 1920s before setting up a studio with Natalie Krebs in 1929.  This was later to be called the Saxbo studio after 1930. He left for Rörstrand in 1932.  His work for Rörstrand as their artistic director from 1930 to the 1950s helped establish them as a leader in Swedish ceramics along with Gustavsberg.  He also designed glass for Strömbergshyttan in the 1950s/60s. His work is the epitome of the mid-century Scandinavian style.