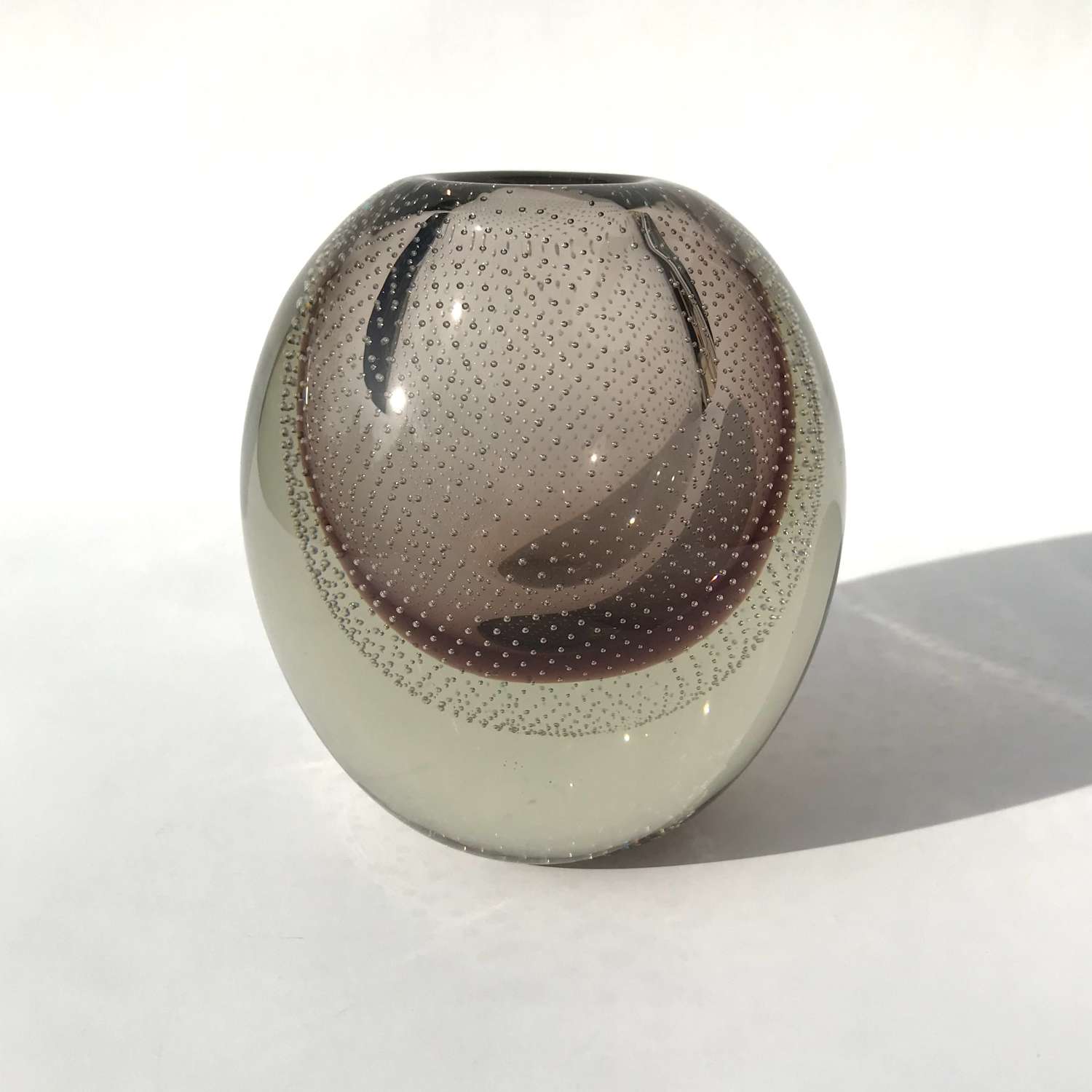 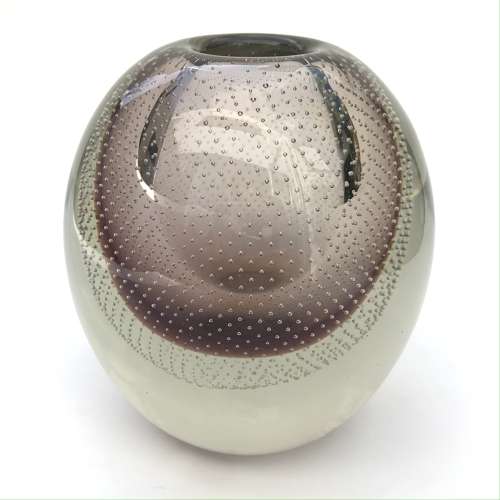 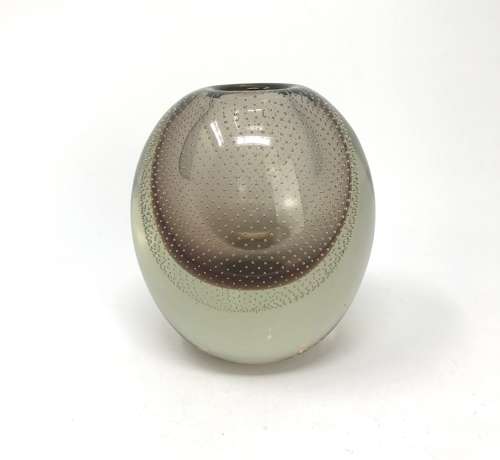 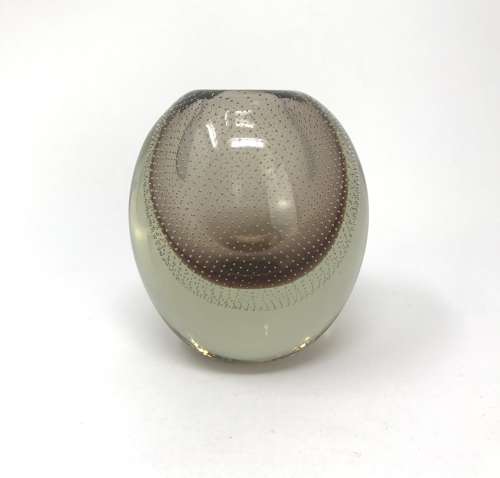 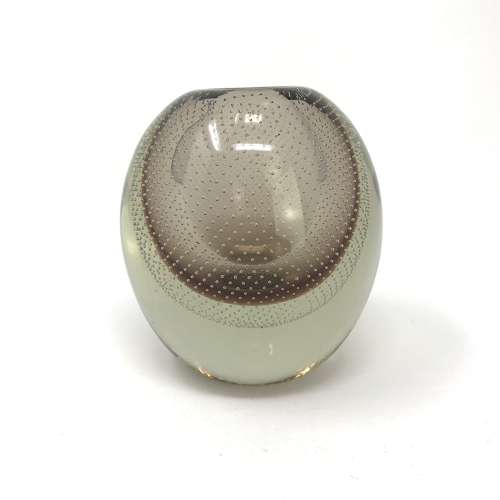 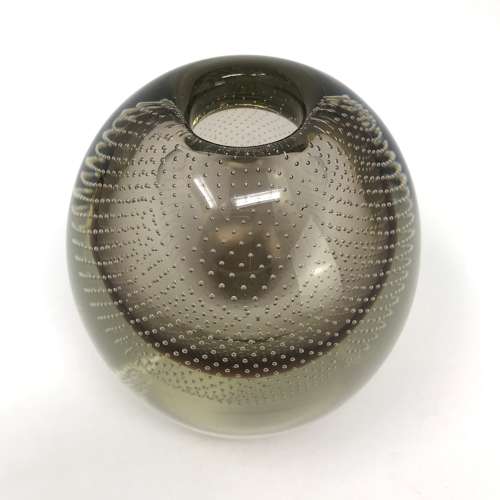 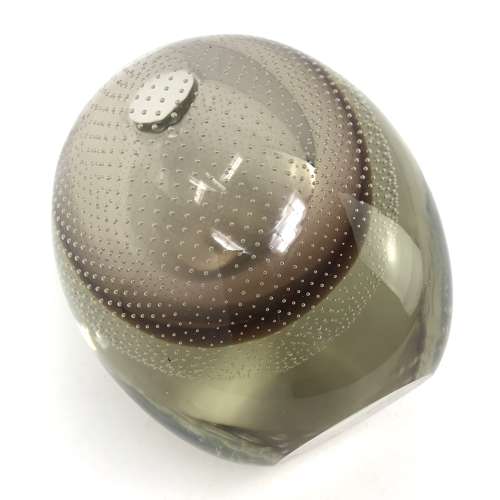 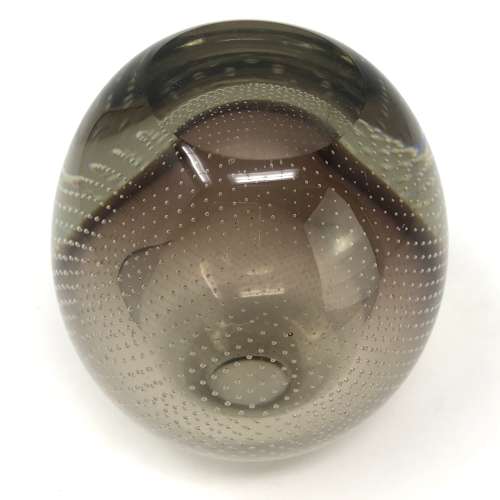 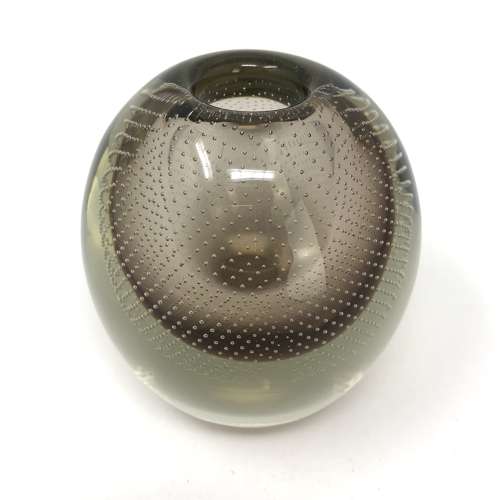 A lilac vase with controlled bubbles by Gunnel Nyman for Nuutajarvi Notsjo, Finland 1940s. Unsigned. Rare - this colour was only used for early examples. This design is known as "Huntu", meaning bridal veil.

Gunnel Nyman (1909-48) was one of the founders of modern glass design in Finland. She began as a furniture designer in the 1930s but quickly became facinated by glass during that decade. Internal bubbles are inherent in glass production and the blower often seeks to eliminate them.  Instead, Nyman made a virtue of such bubbles and used then in a deliberate way to enhance her subtle shapes. In her short life she produced a dozen of so designs in the 1940s like this one that have gone on to become some of the greatest and most iconic pieces of Finnish glass. Her work is held in museums worldwide.