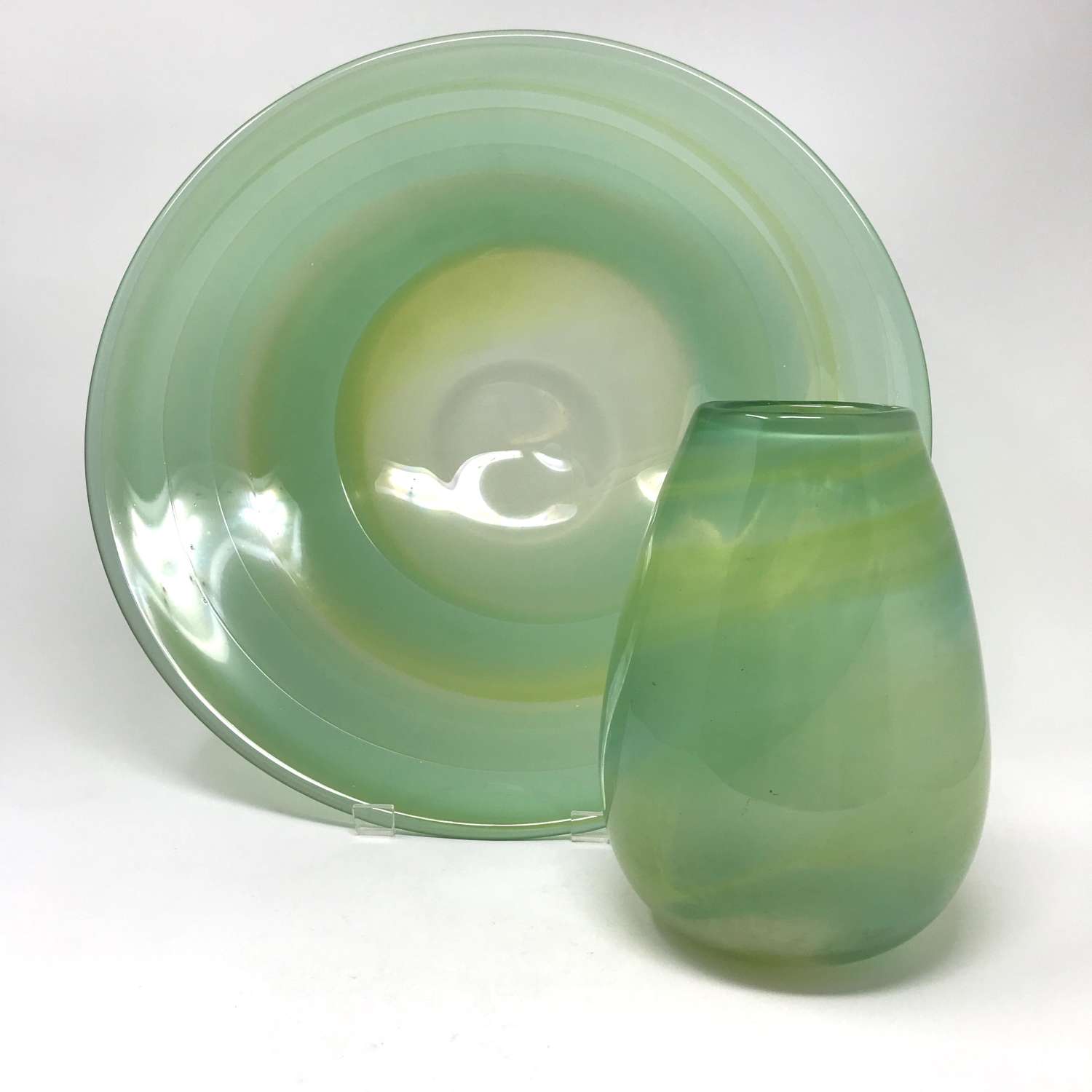 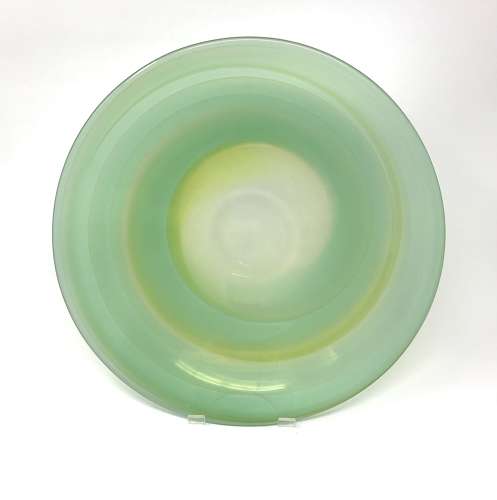 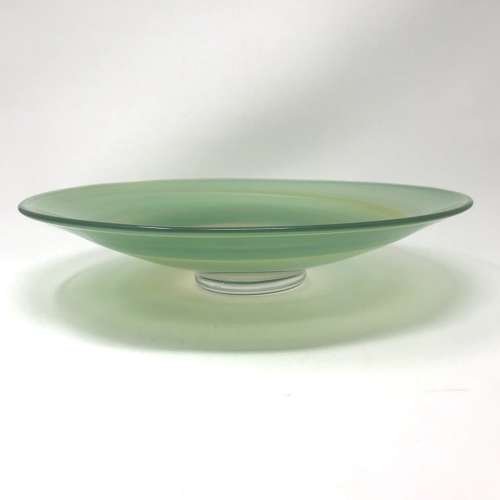 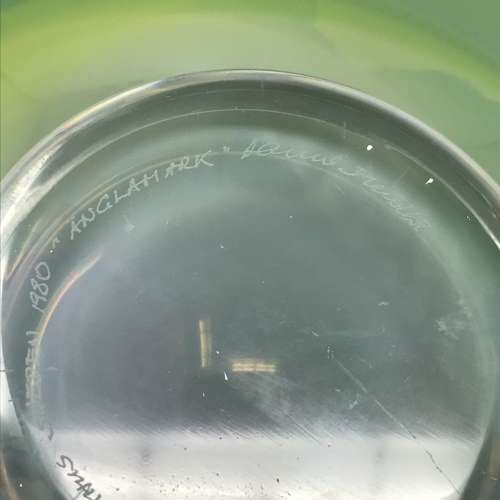 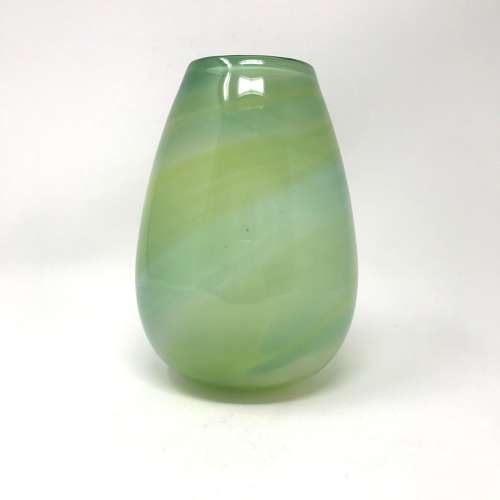 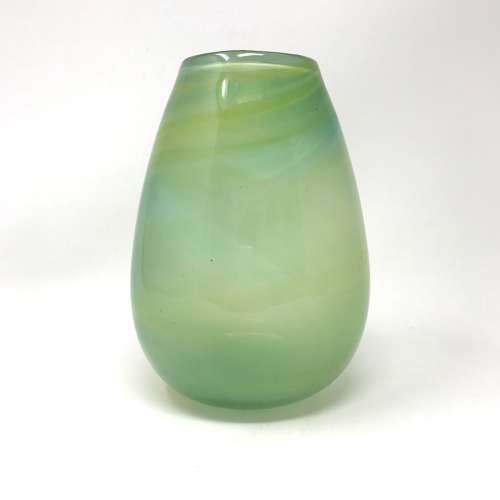 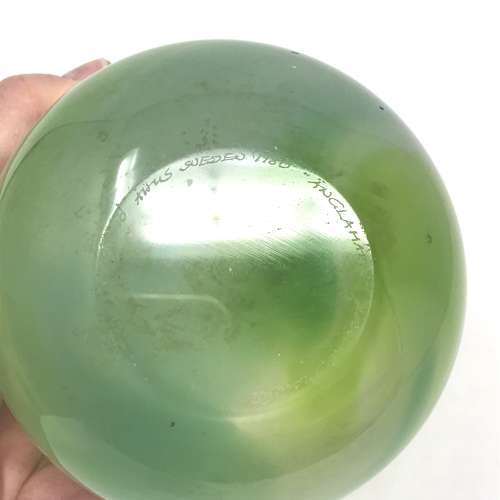 Irridescent green swirl glass charger and vase by Hanne Dreutler for Studio Ahus. Signed and dated 1980 and marked as "Anglamark". Early pieces from the studio.

Excellent used condition. Light surface marks from use to both items.