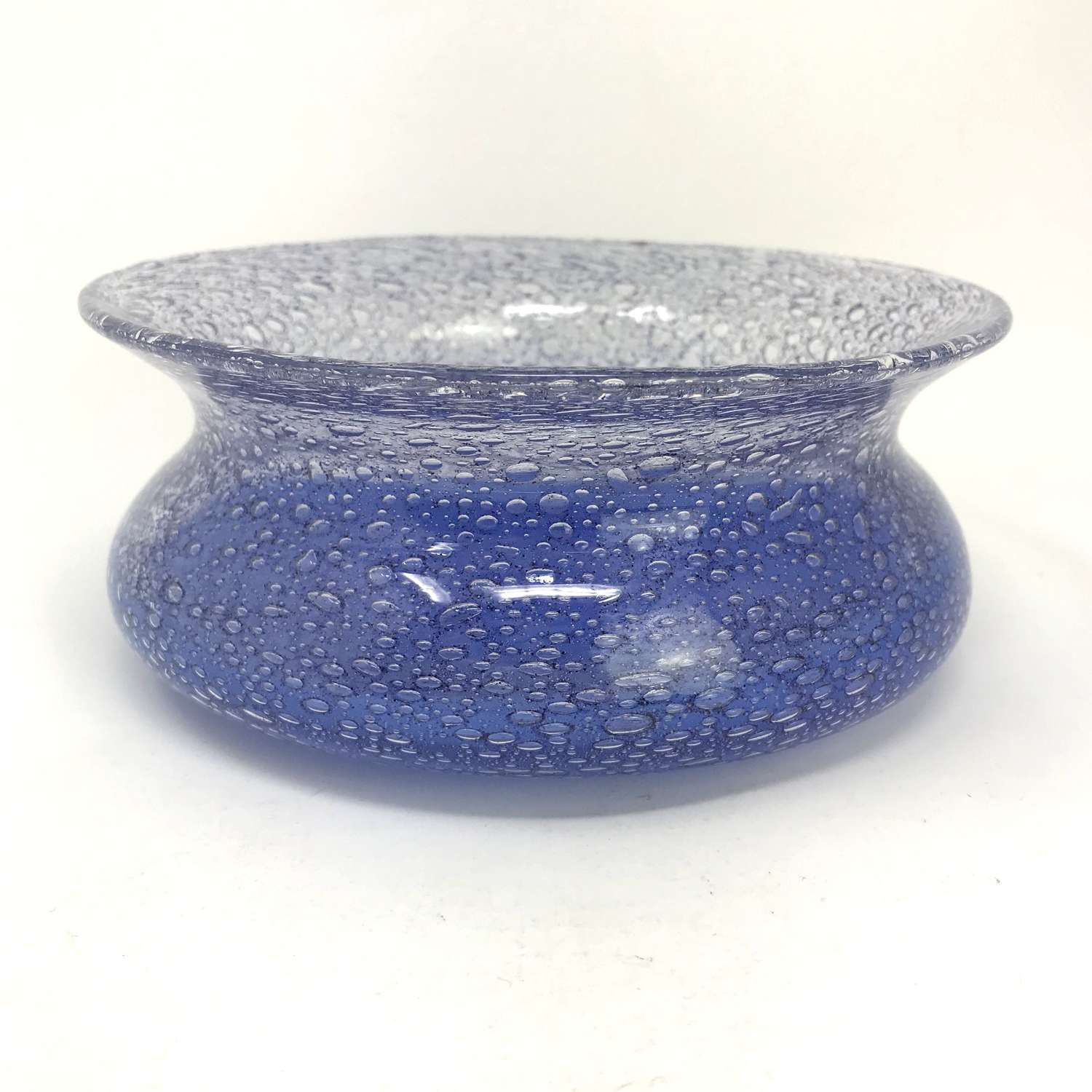 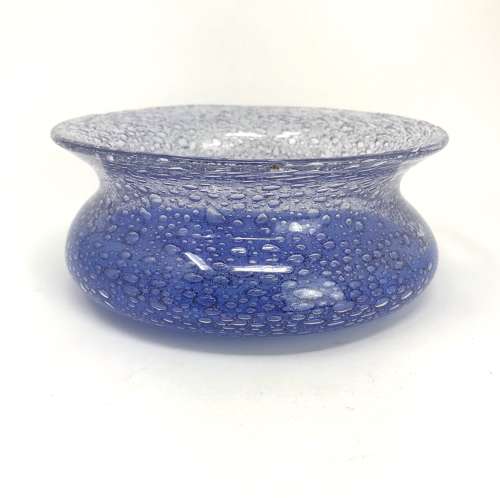 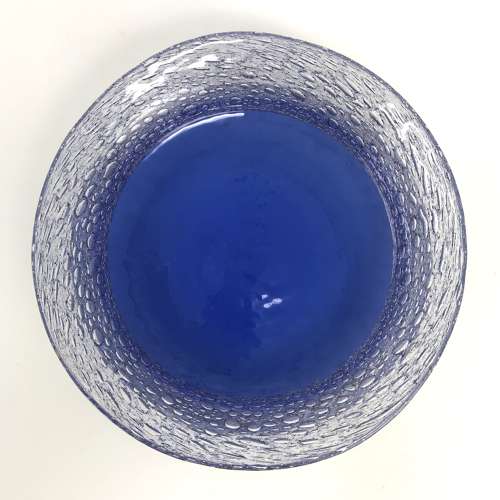 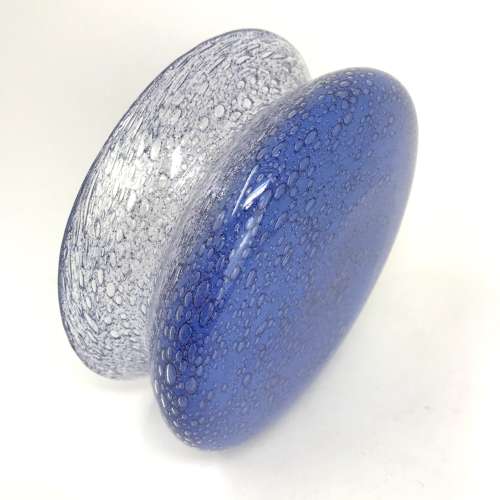 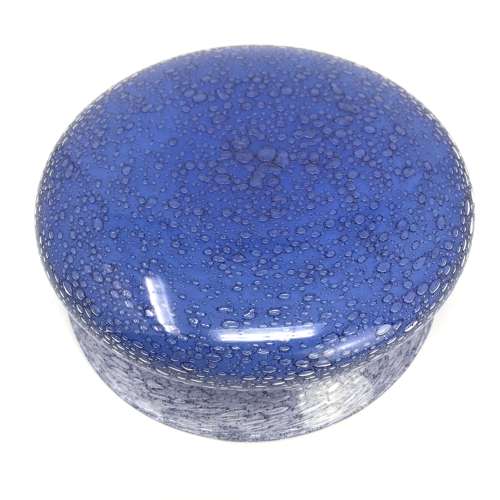 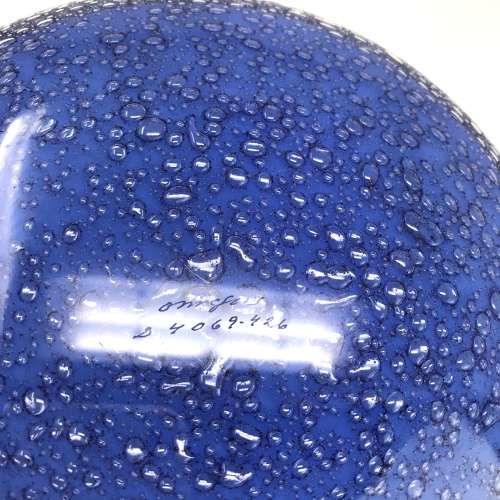 Ingeborg Lundin bowl with bubbles and a blue base for Orrefors, Sweden 1960s. Etched to base with Orrefors, initial D and a number.