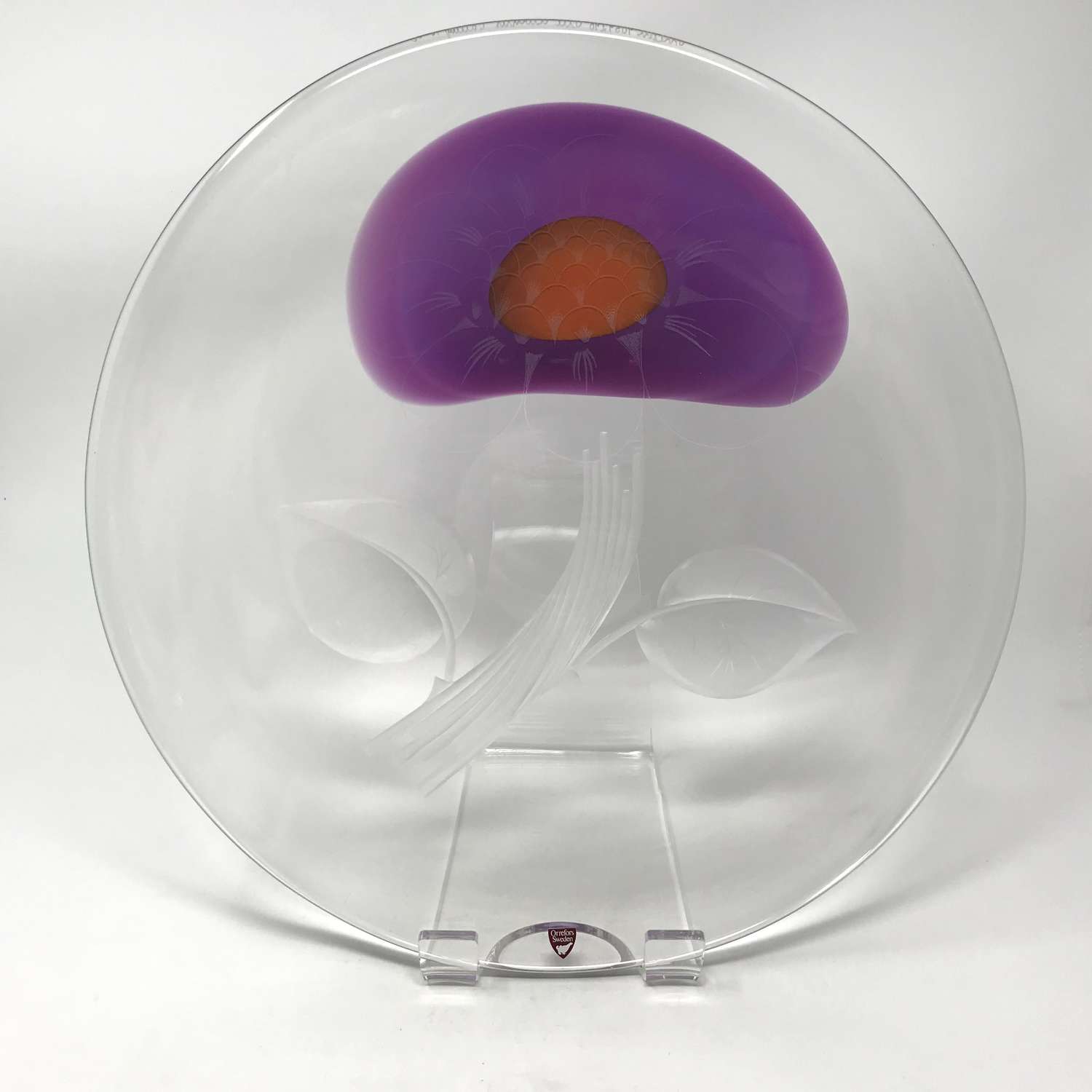 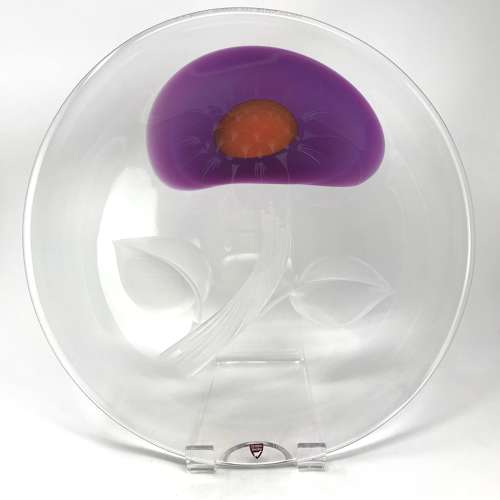 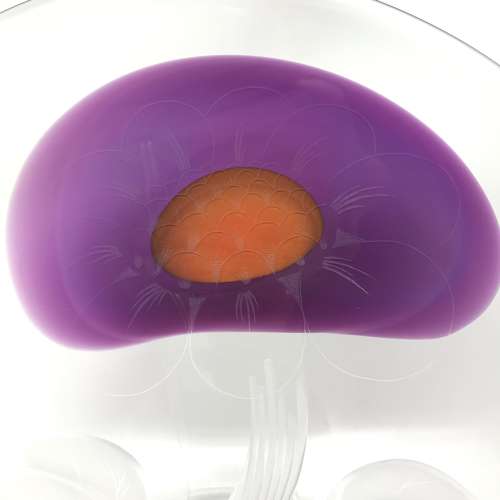 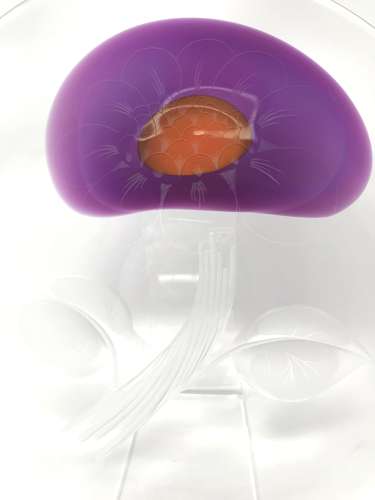 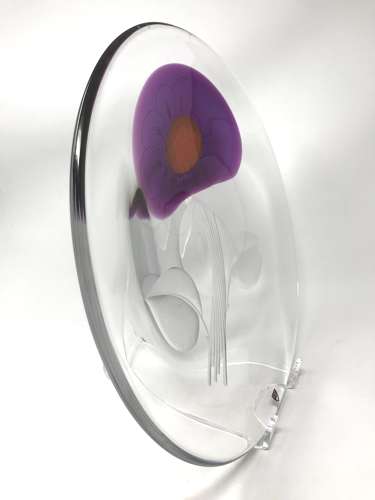 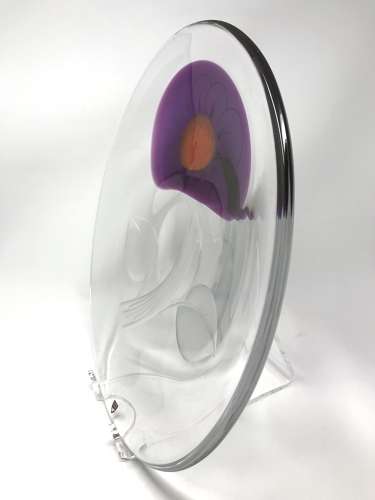 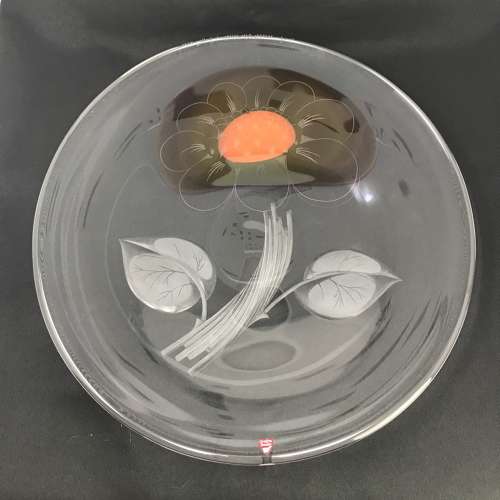 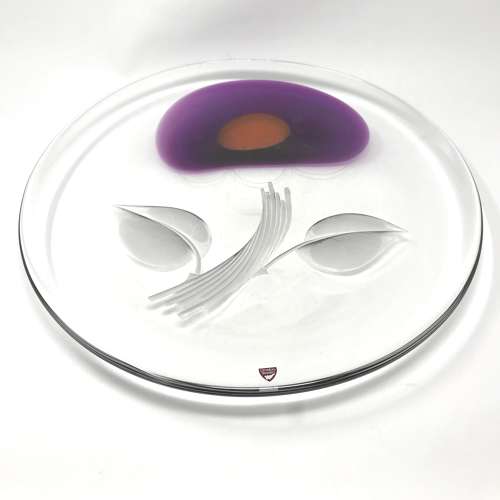 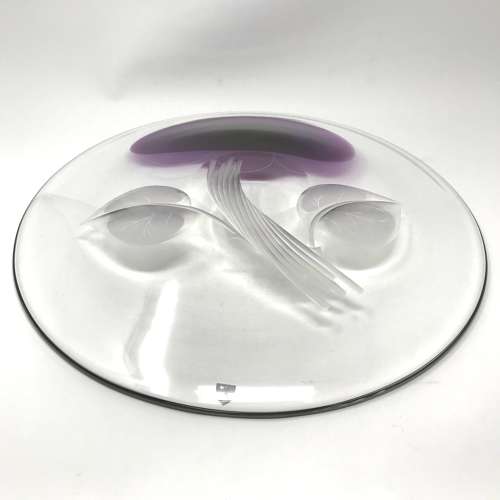 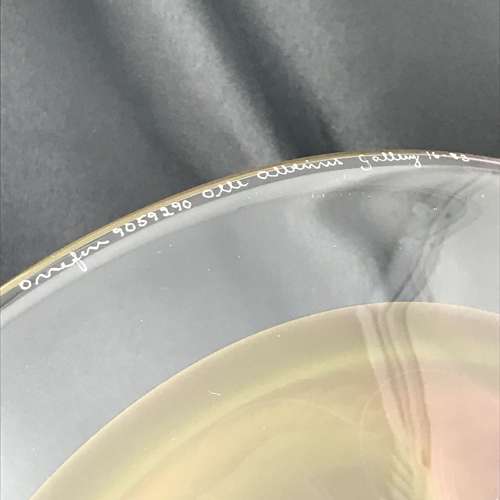 Olle Alberius Tree of life glass charger with engraved glass and graal colours. Limited edition issue as part of the annual Orrefors Gallery pieces for 1983. Signed on the rim of the charger: Orrefors 9059290 Olle Alberius Gallery 16-83.