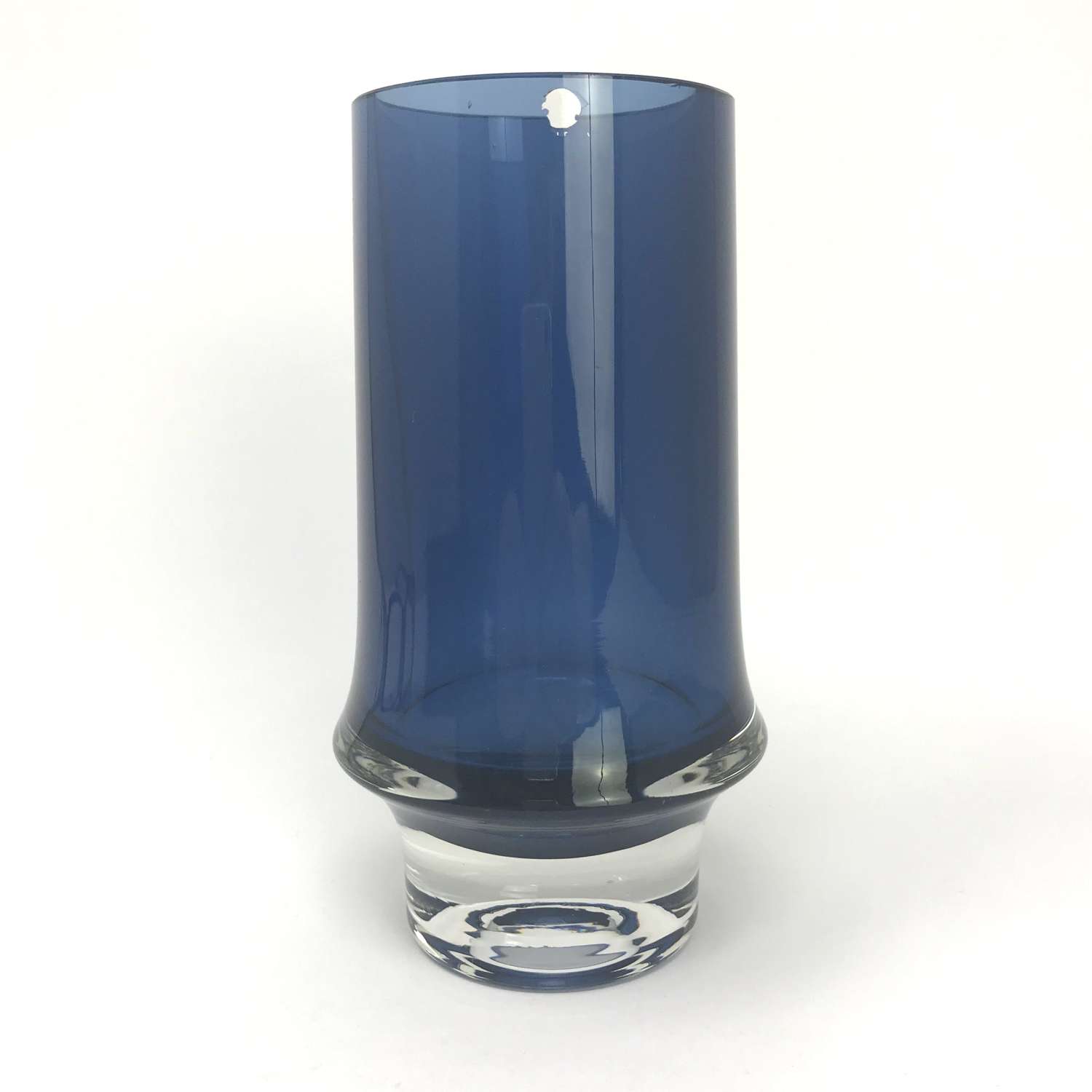 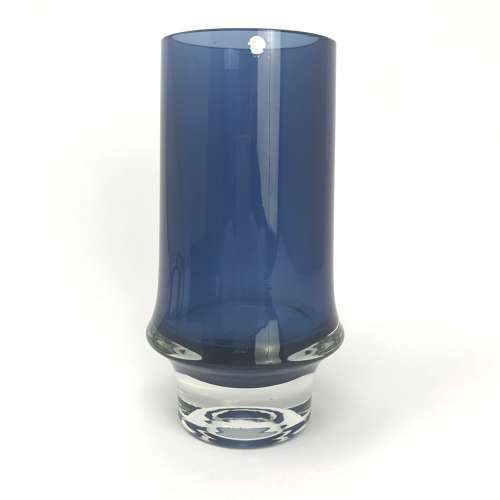 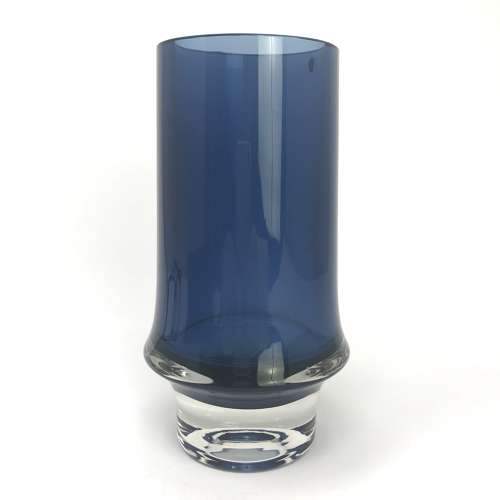 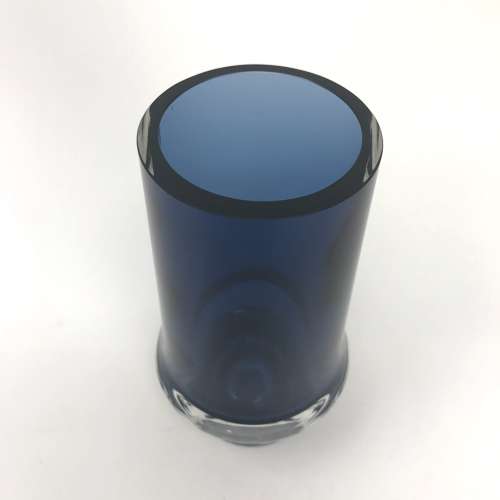 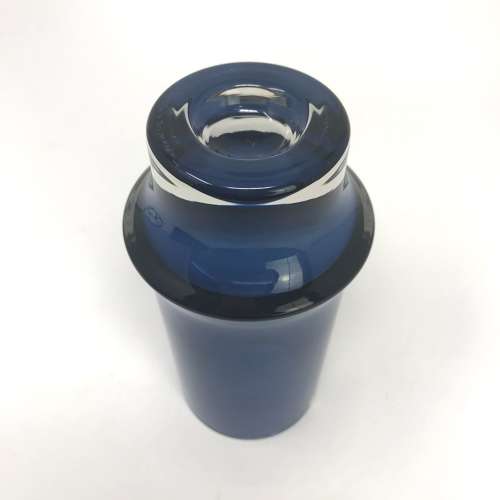 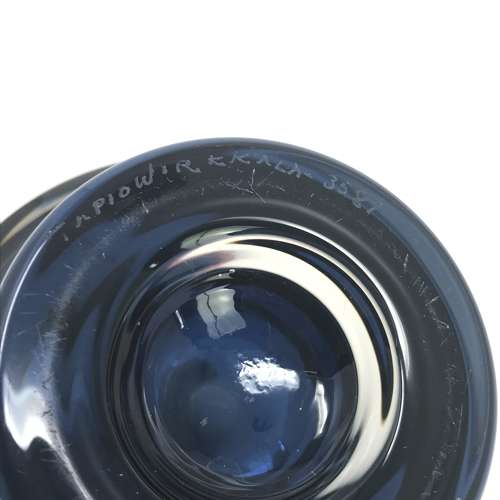 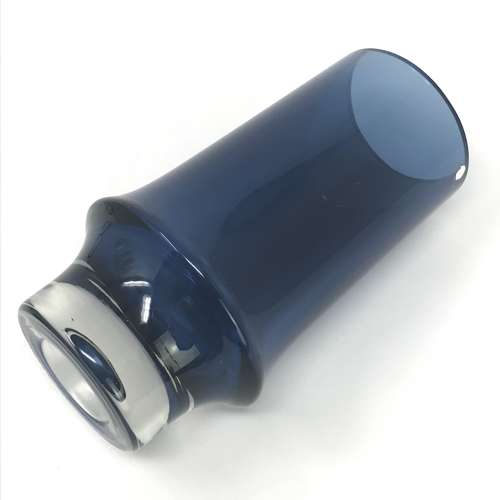 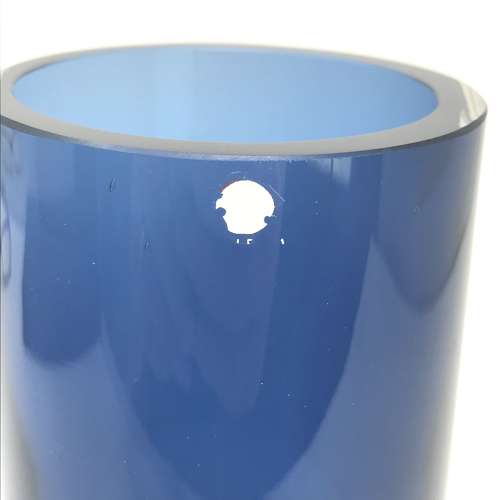 Blue glass vase designed by Tapio Wirkkala for Iittala in 1959. In production during the 1960s. Signed and numbered 3581.

Excellent used condition with remains of iittala label at the top.