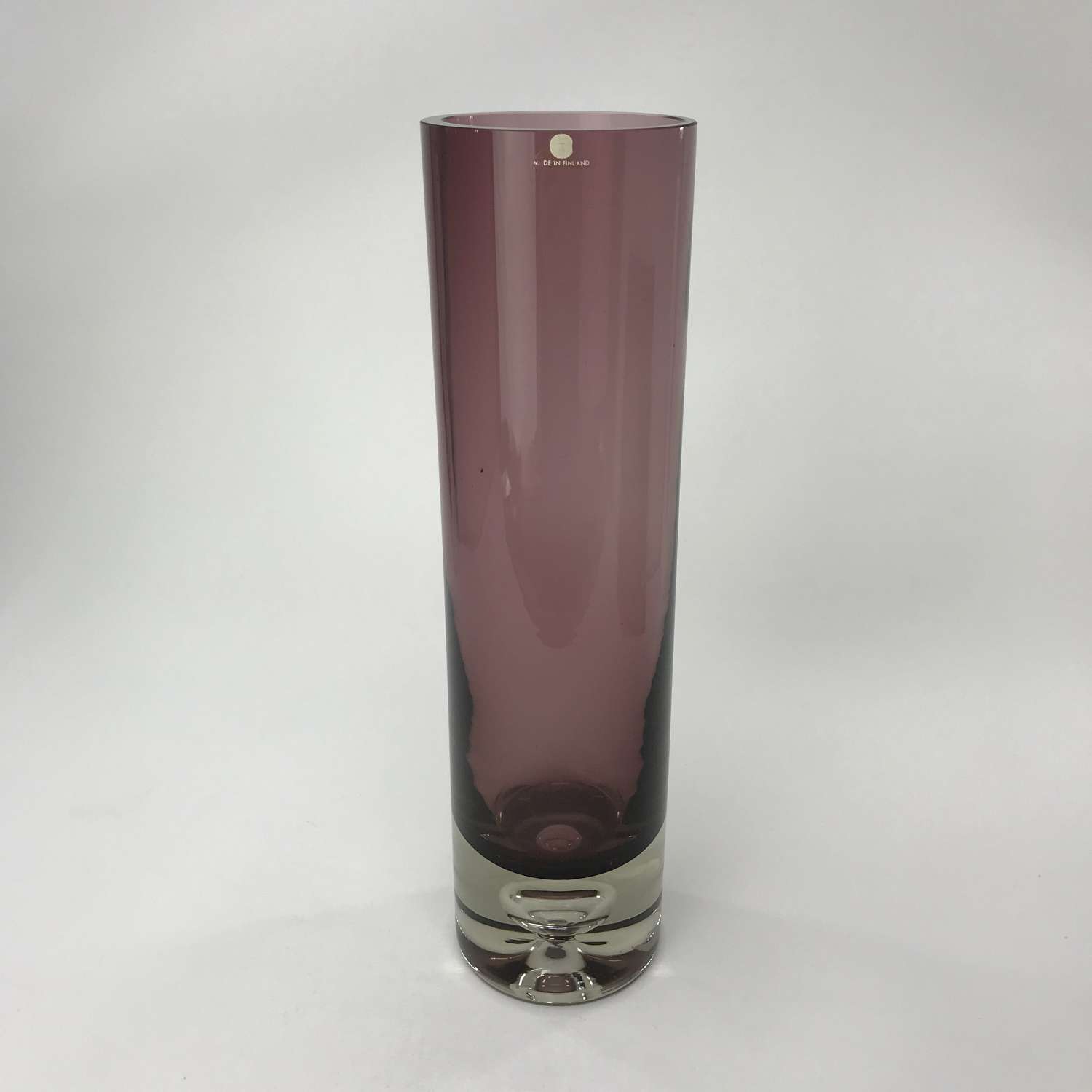 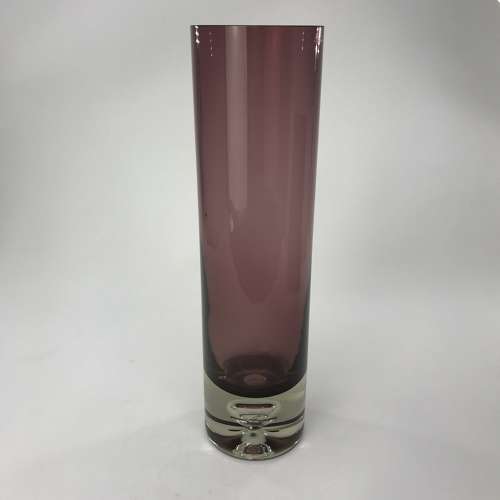 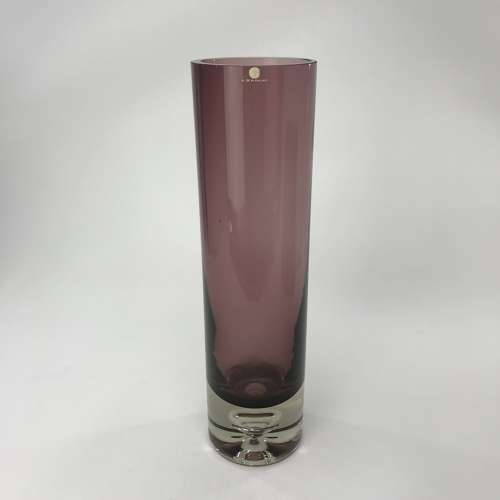 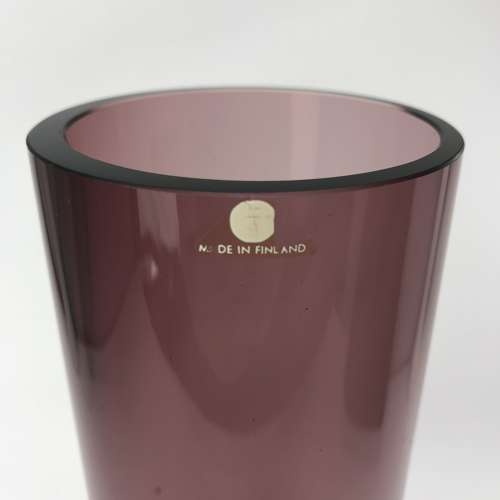 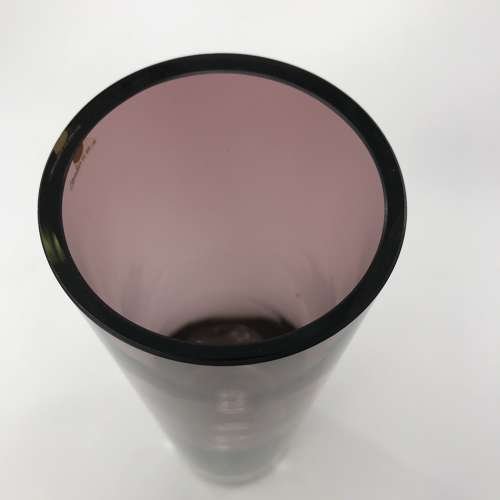 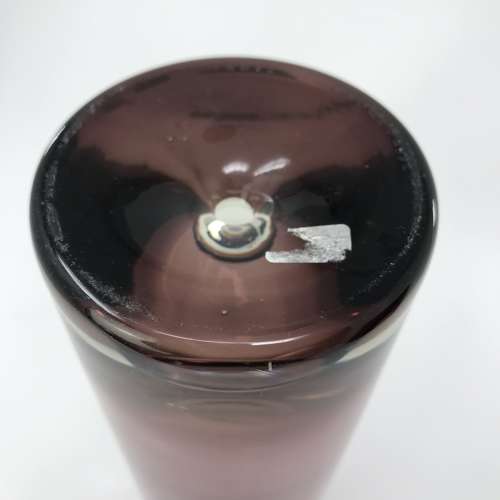 Tall Amethyst colored glass vase with bubble in base designed by Tapio Wirkkala for Iittala in 1959 and made throughout the 1960s.. Signed and model number 3586 to base.