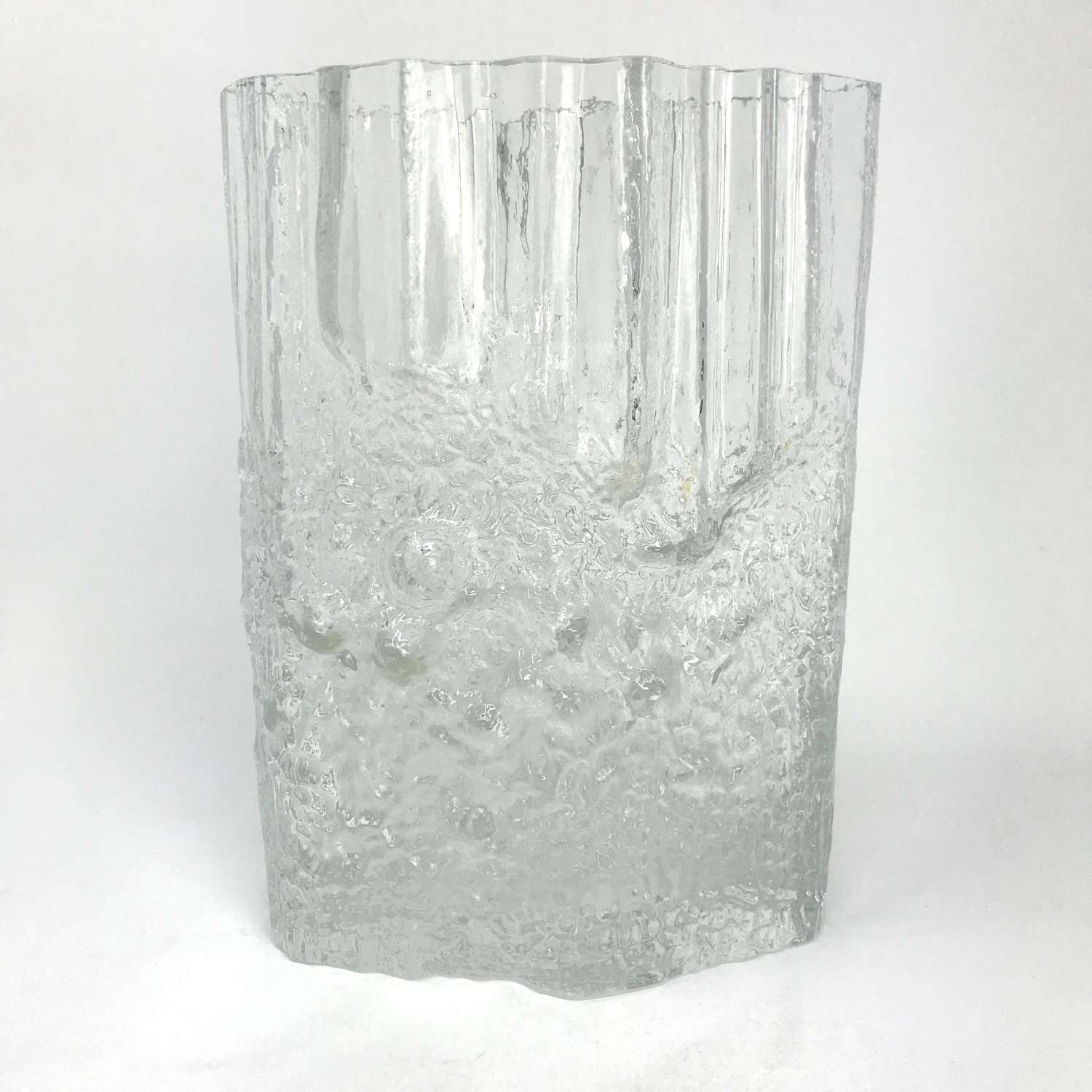 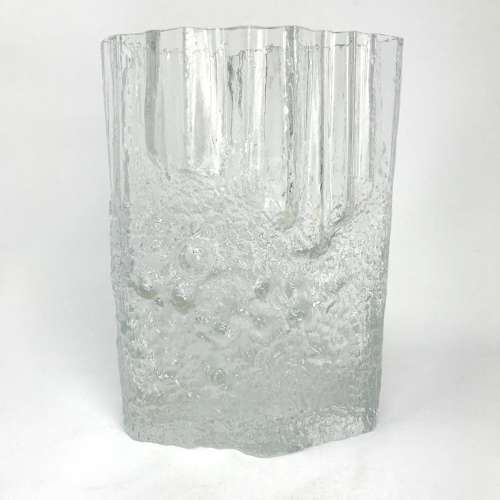 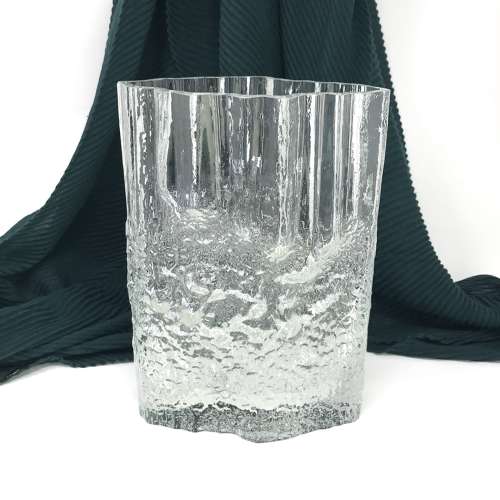 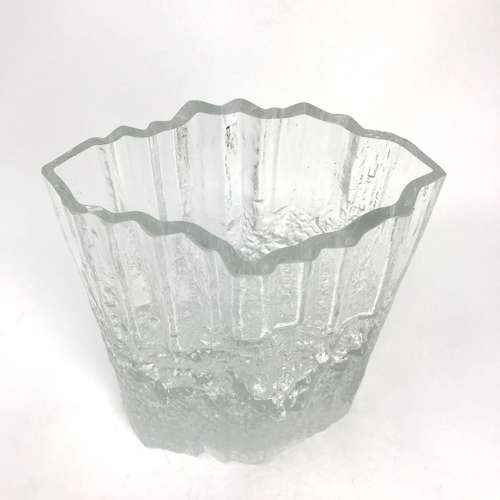 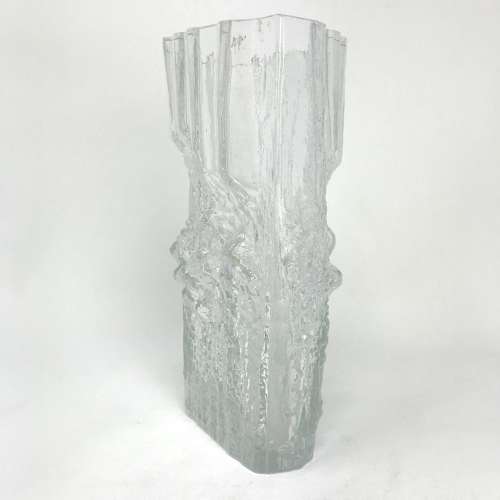 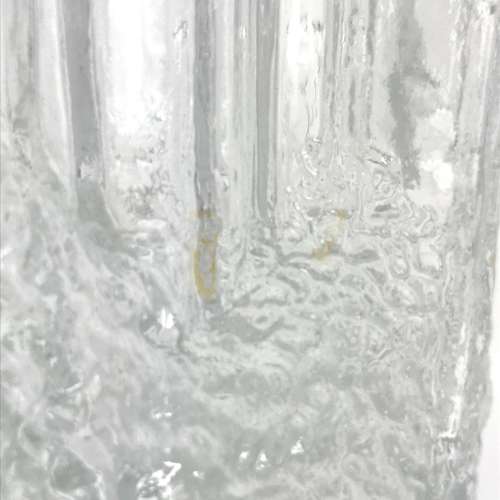 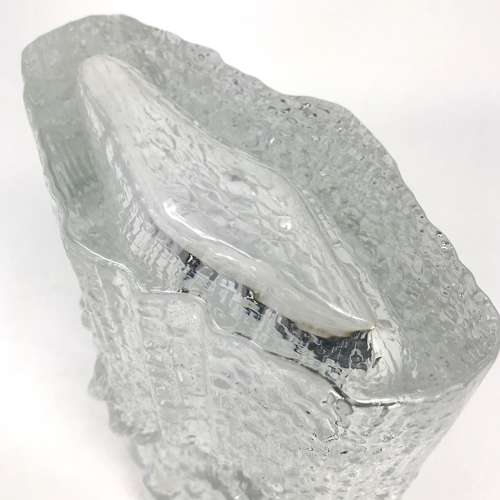 A Pinus vase designed by Tapio Wirkkala for Iittala in the late 1960s. The glass is made to resemble bark on a tree.