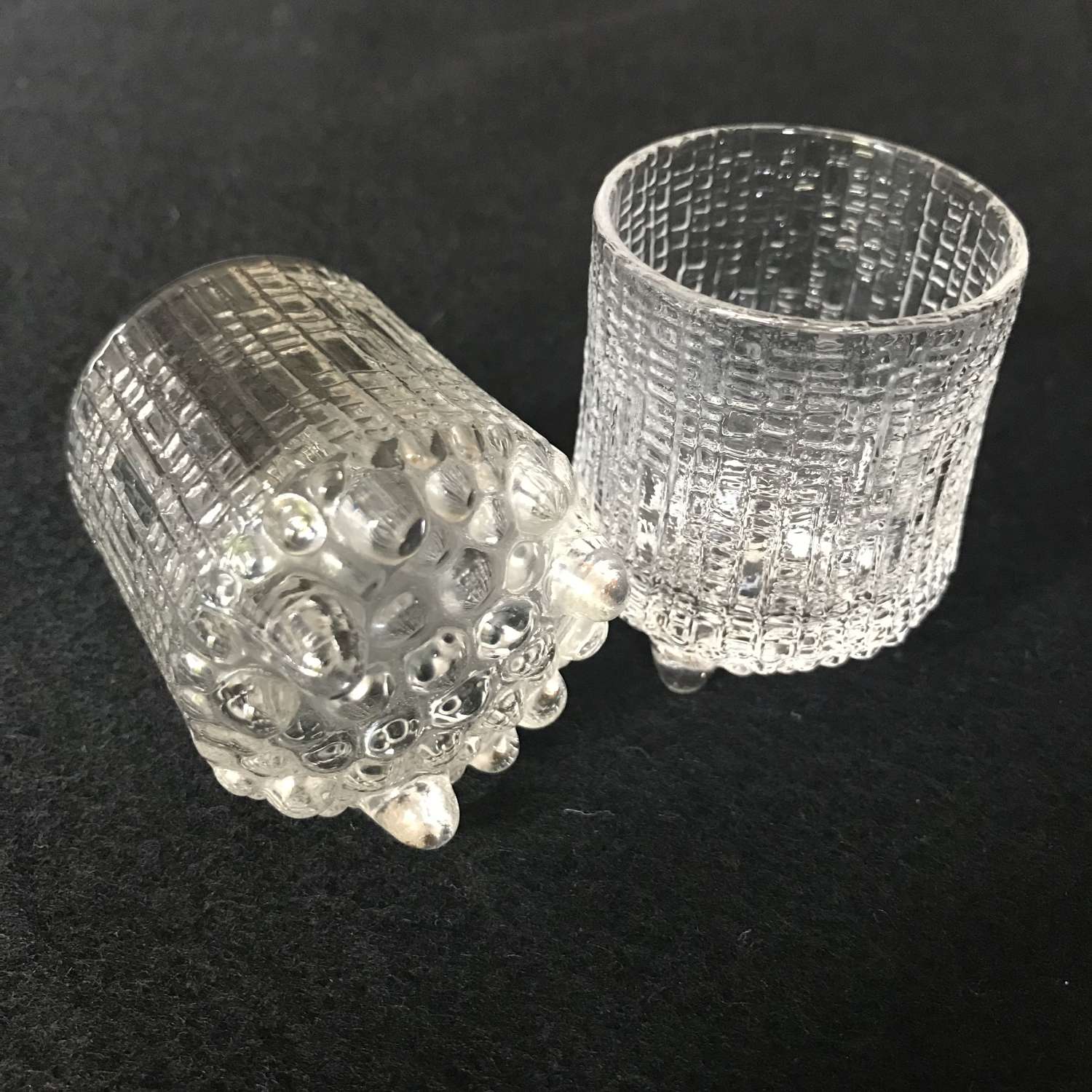 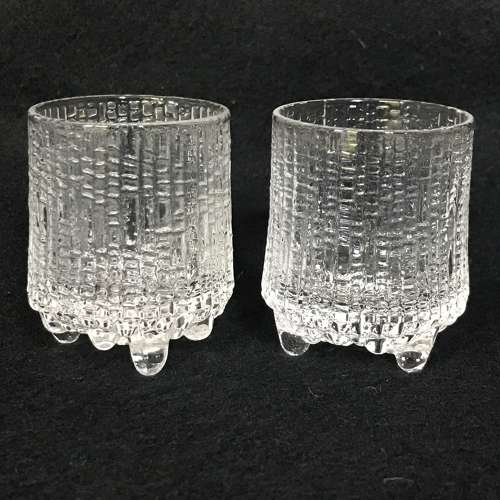 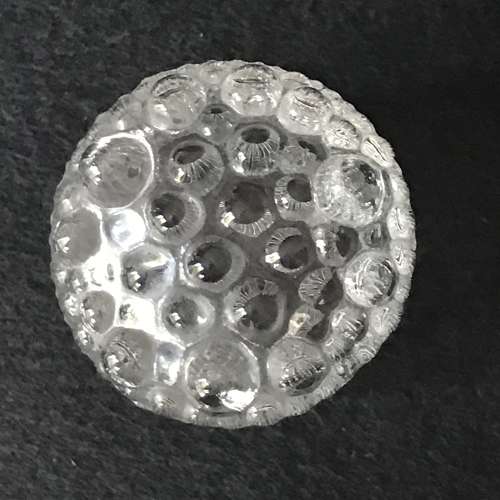 Tapio Wirkkala Ultima Thule shot glasses. Designed for iittala, Finland in 1968. These glasses are made to look like melting ice with the "drips" on the base acting as feet. They hold a 5cl measure.

Price is per pair, there are 4 pairs available.