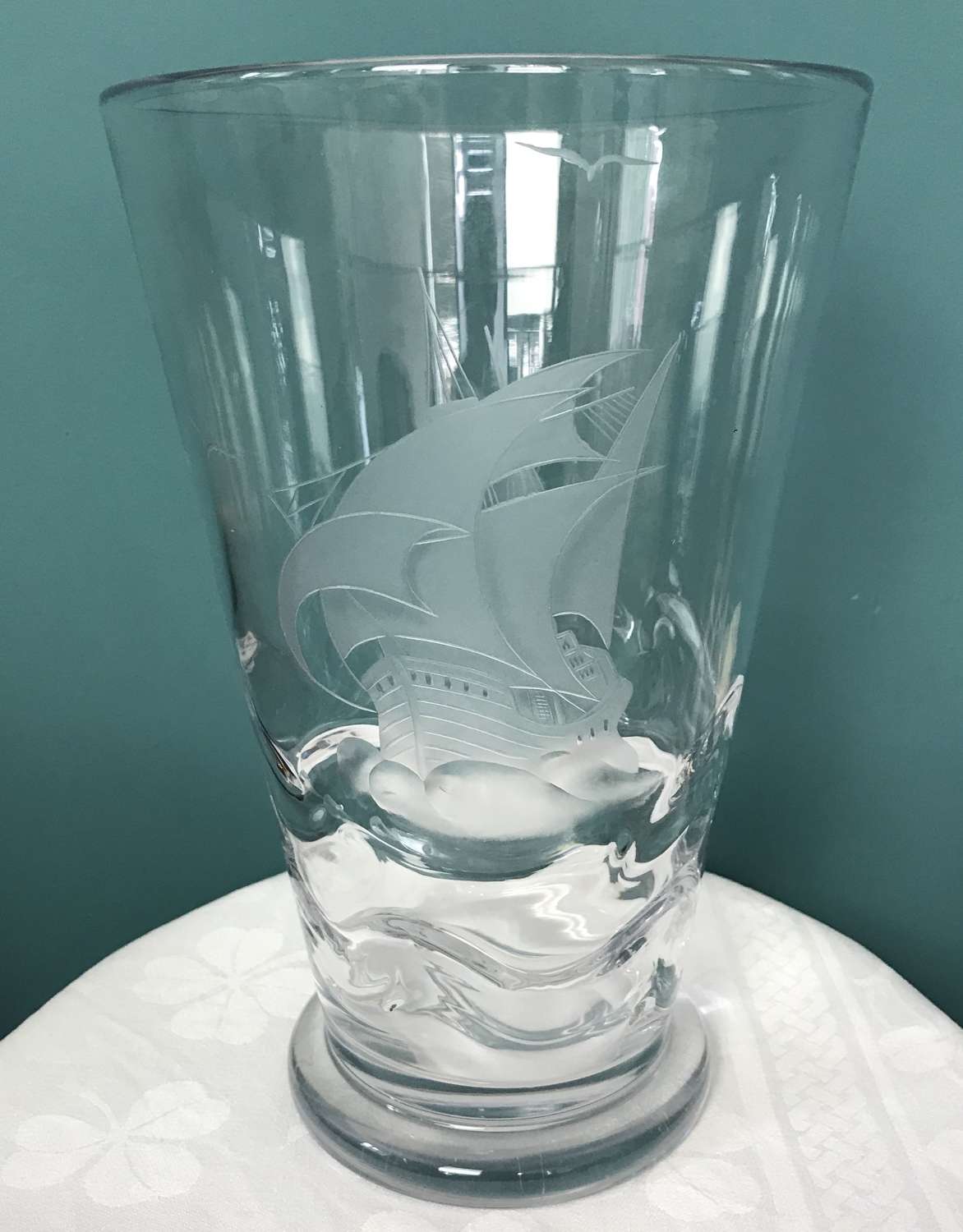 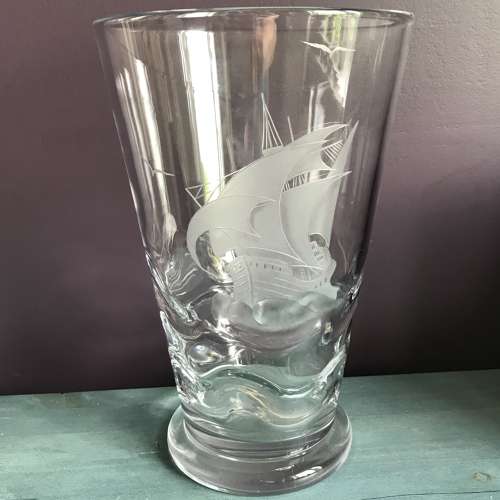 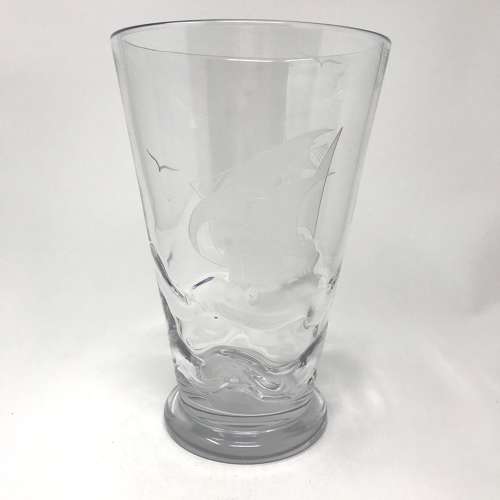 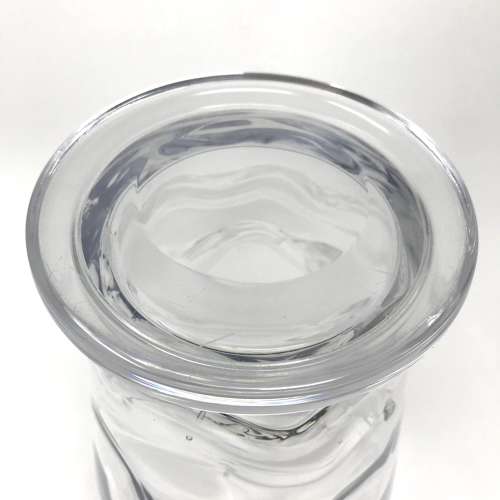 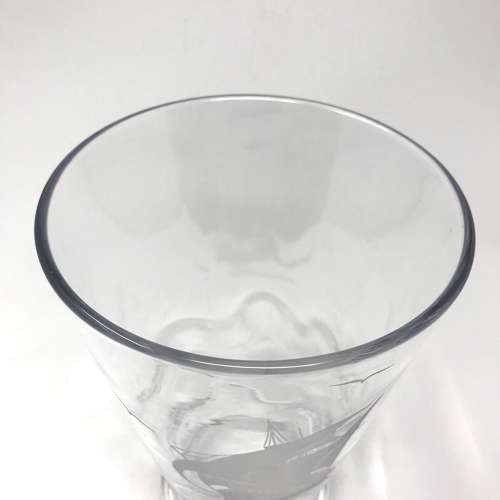 A large glass vase with an etched picture of a galleon and waves. This was designed by Vicke Lindstrand for Orrefors. Not signed but a well known Lindstrand design.