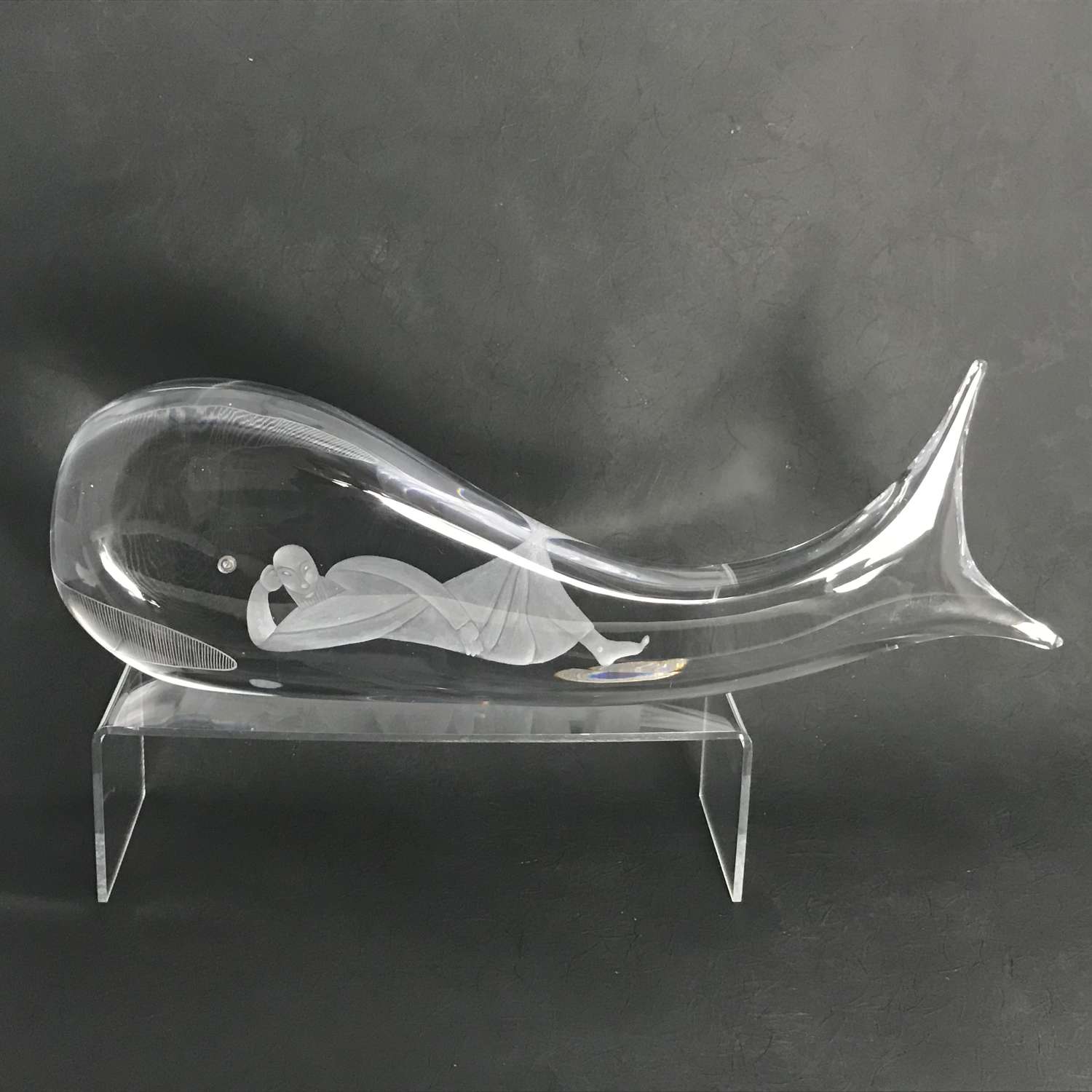 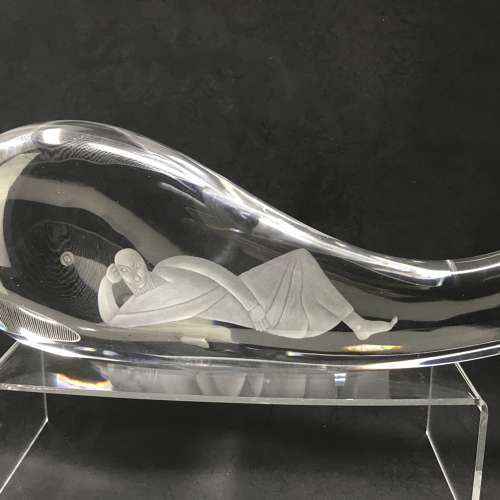 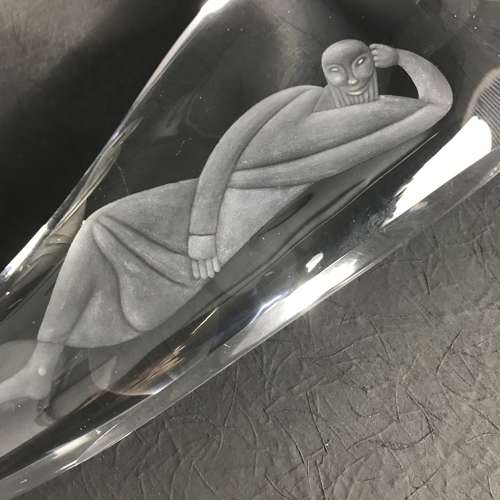 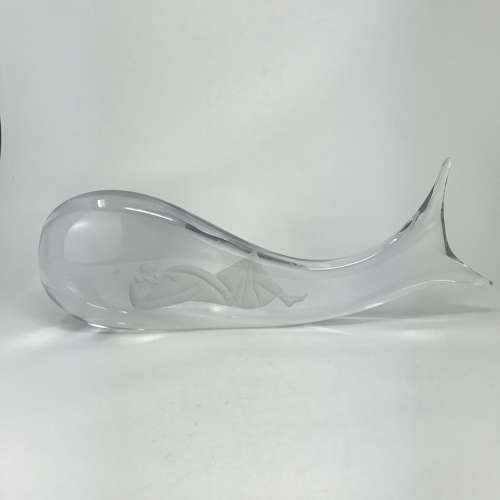 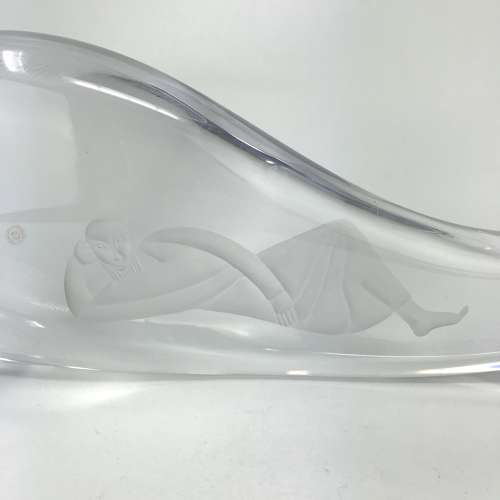 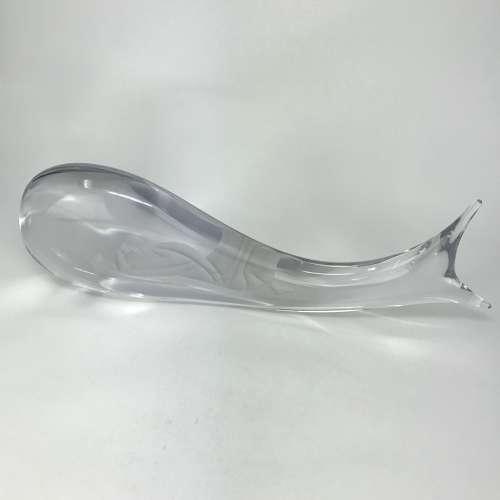 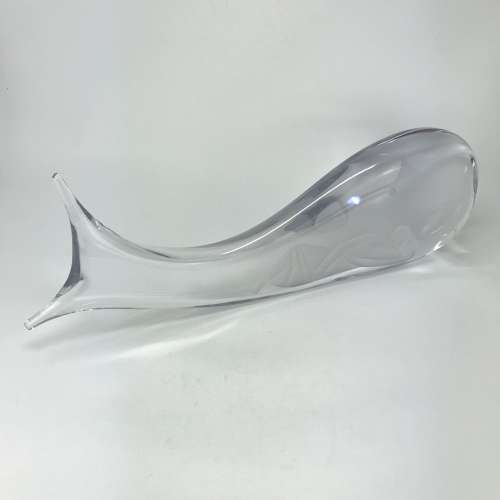 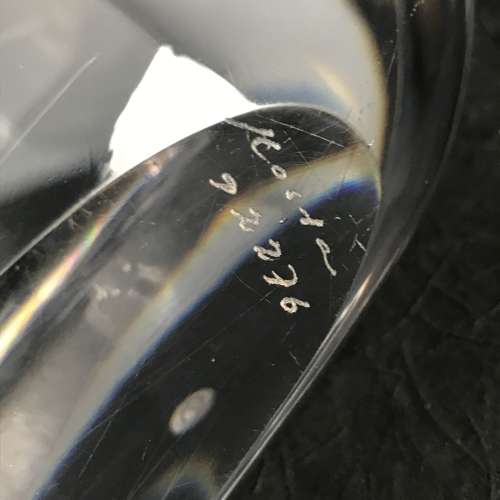 Jonah and the Whale sculpture with etched recumbant Jonah and etched whale eye and mouth. Designed by Vicke Lindstrand for Kosta c1968. Model number Kosta 92276 engraved on the base.

Lindstrand designed two versions of this sculpture. One has Jonah sitting up, the other, like this, lying down. This version is the larger and much rarer version.