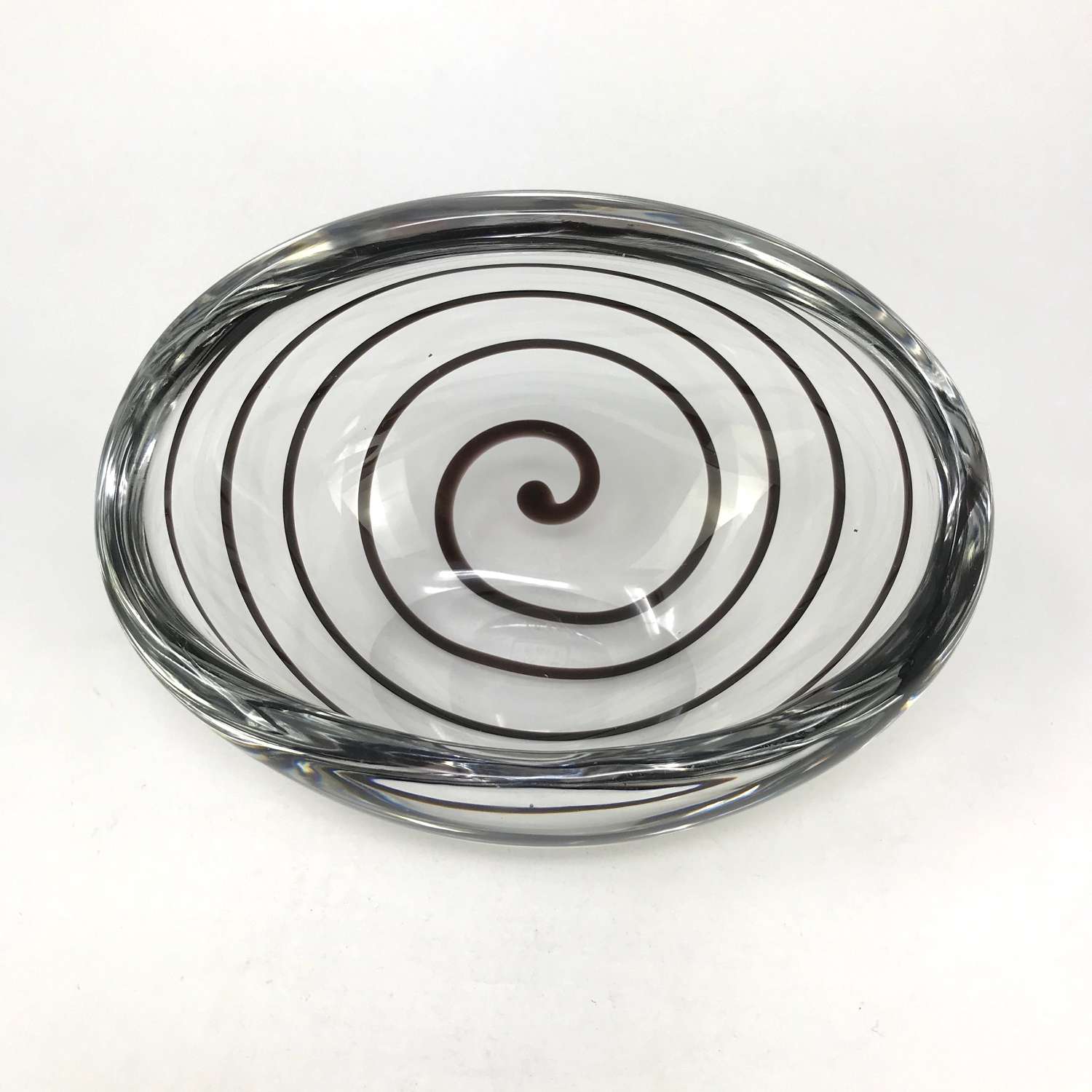 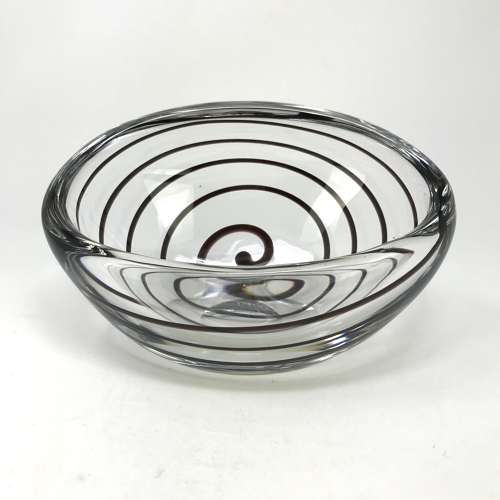 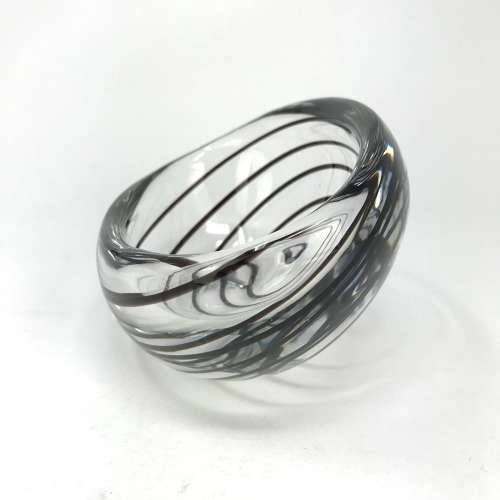 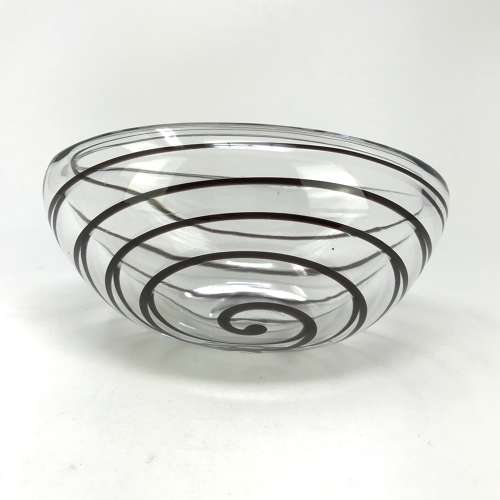 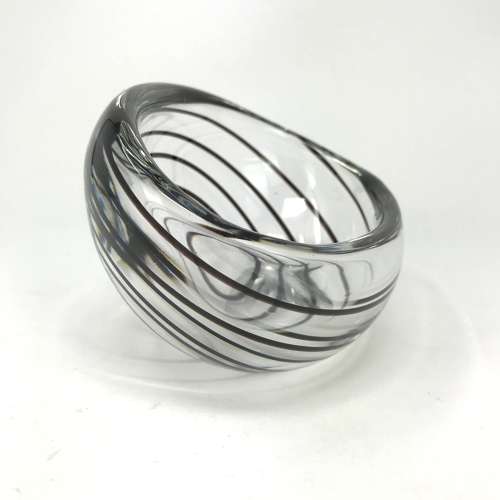 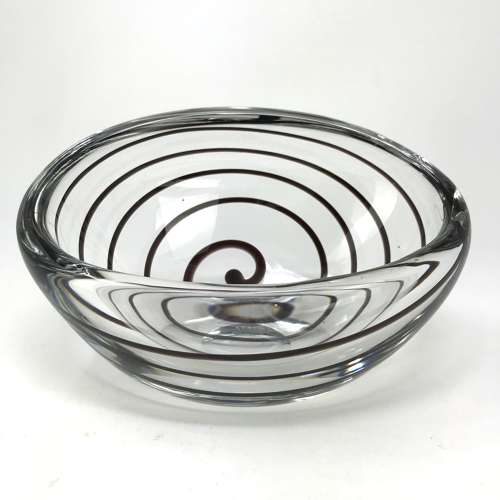 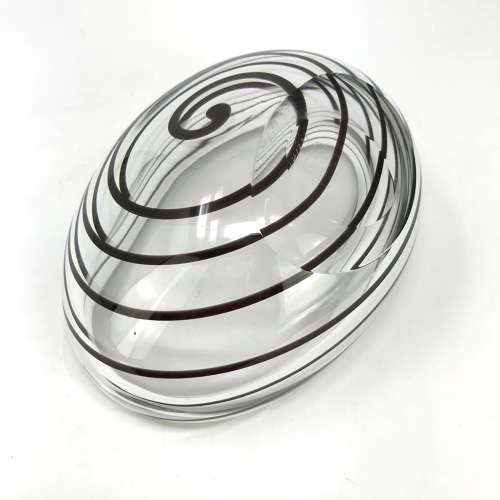 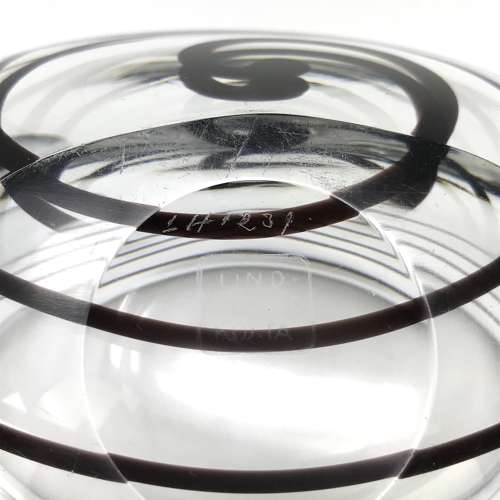 A funky little Vicke Lindstrand bowl with black swirl pattern. The bowl is set on a slanted angle. Signed to the base with square etched Lindstrand mark and number LH1231 (c. 1956).