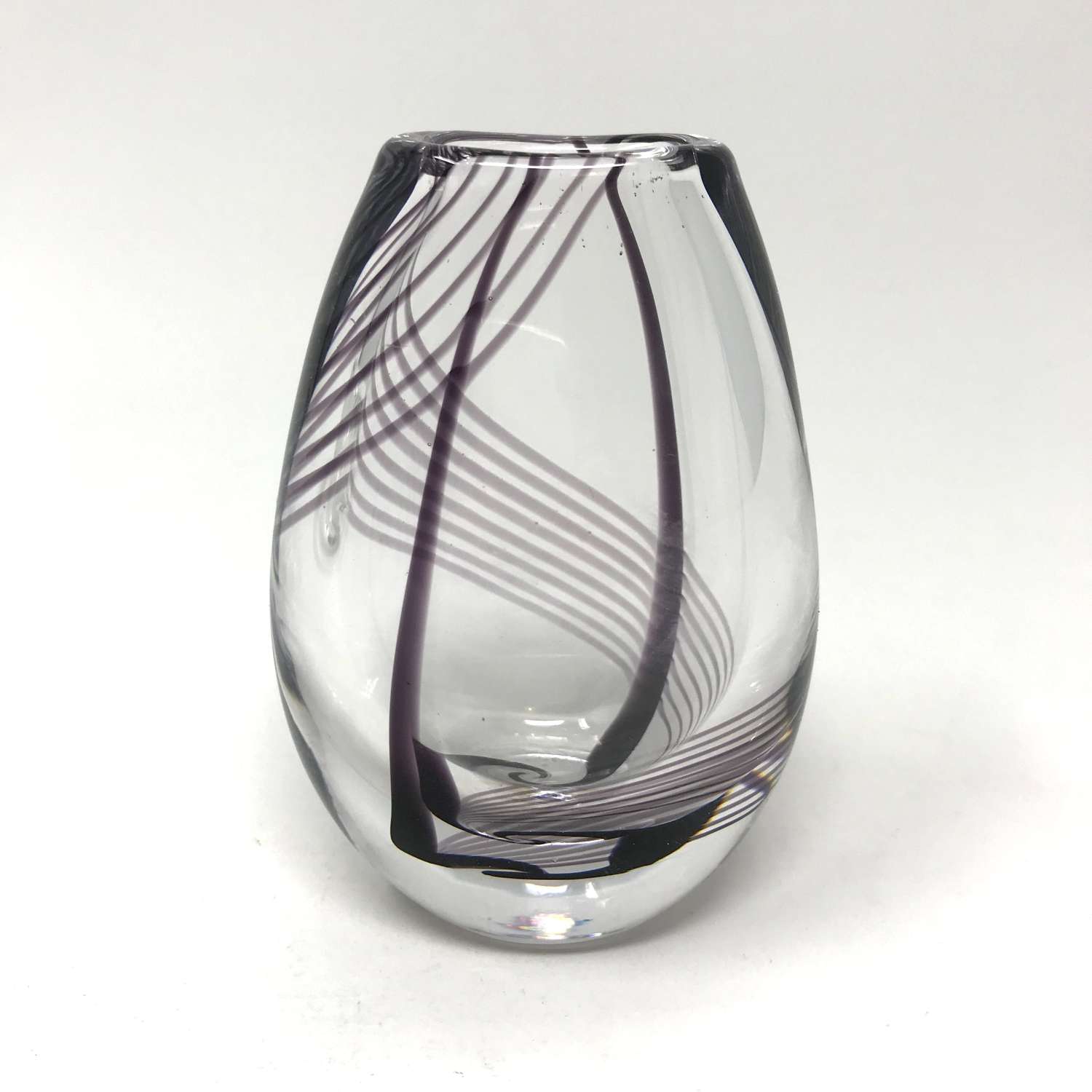 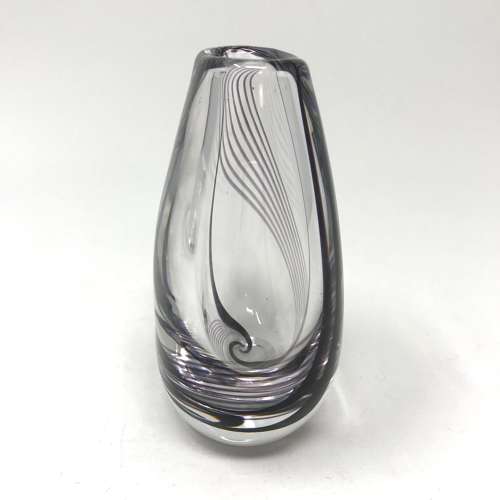 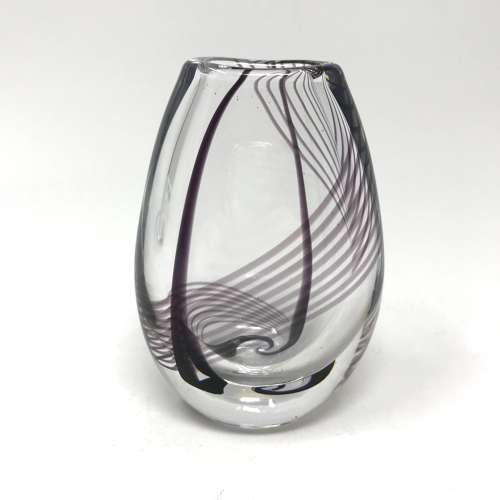 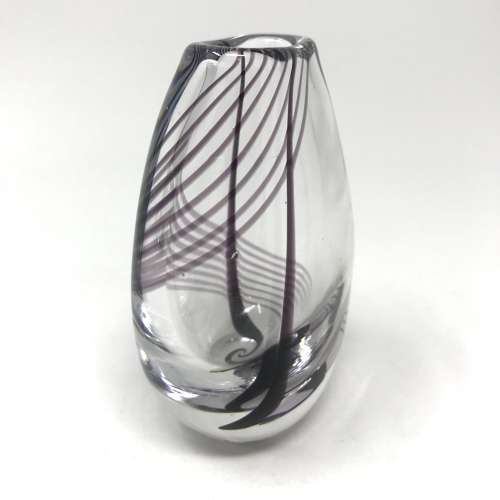 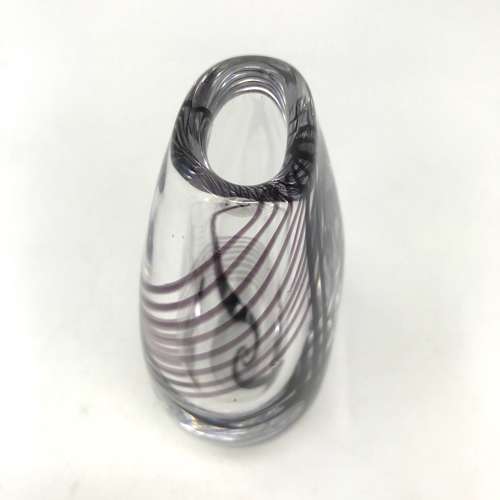 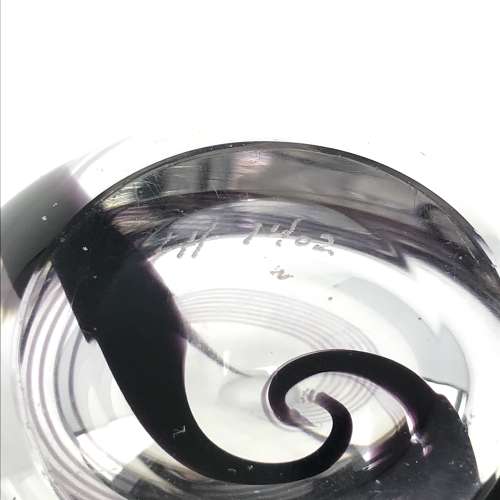 Vicke Lindstand vase for Kosta, Sweden, with purple-black threads internal to the glass. Produced in 1958-59. Signed to the base LH1402.