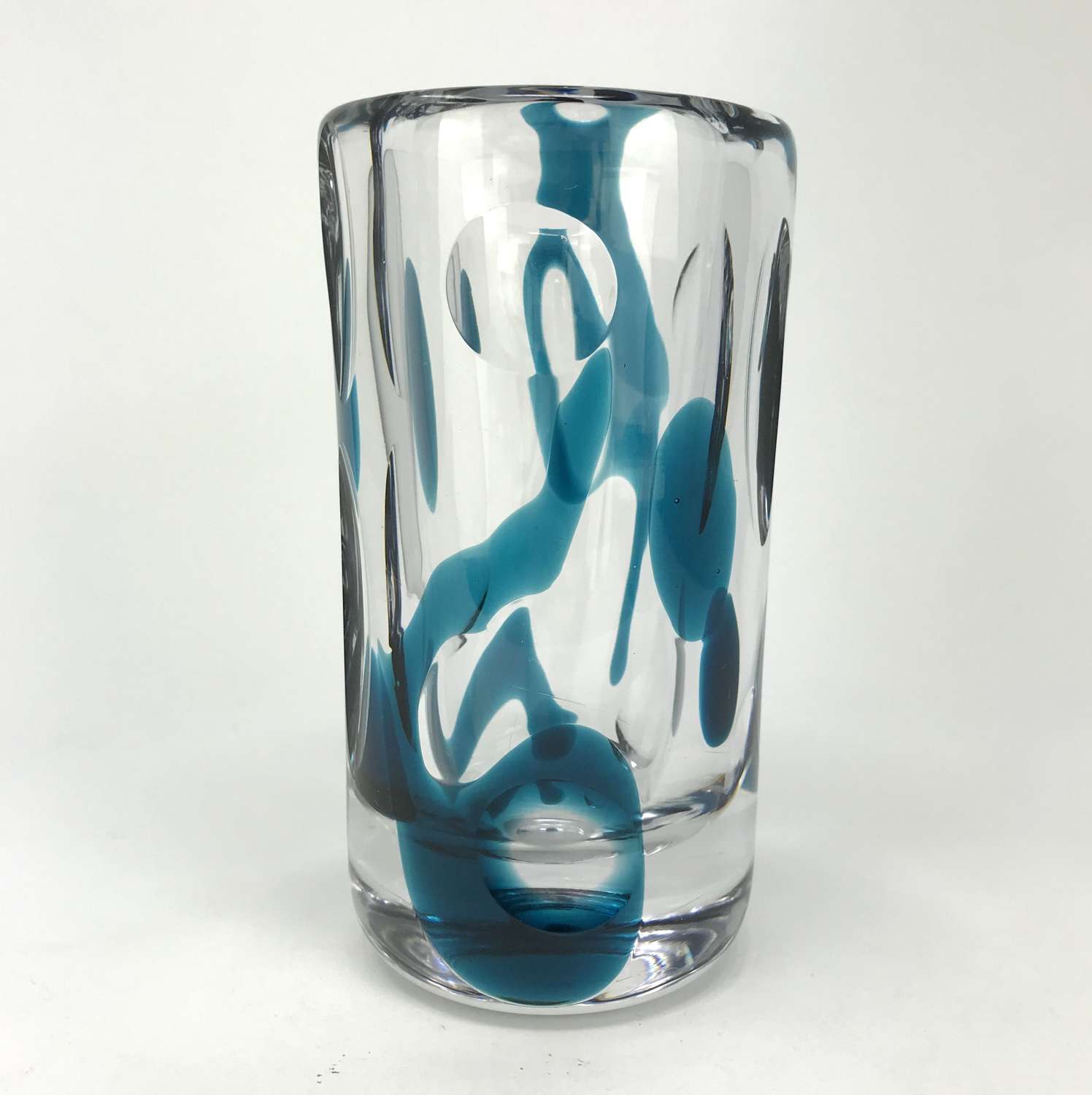 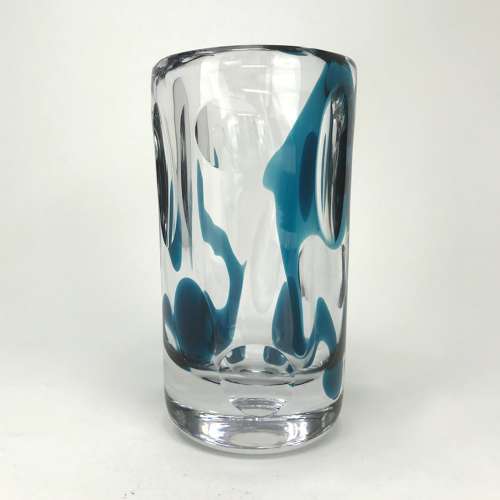 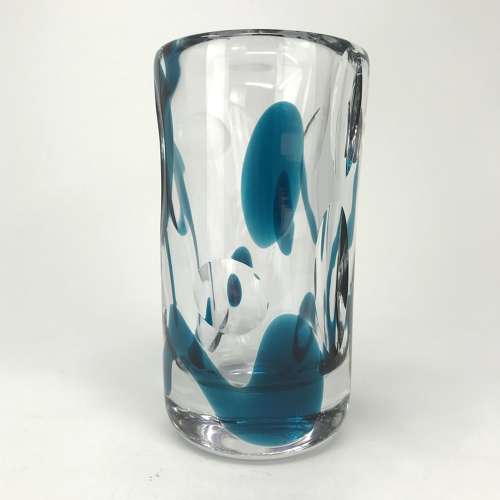 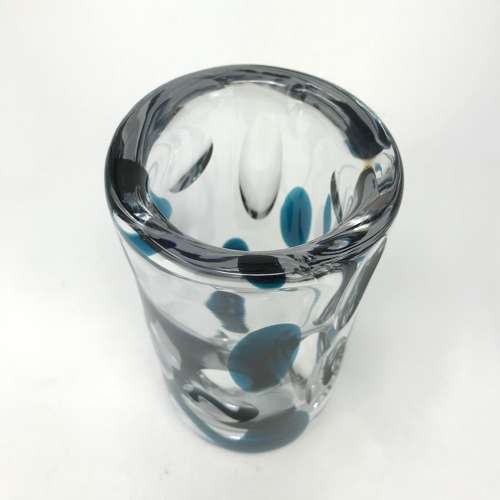 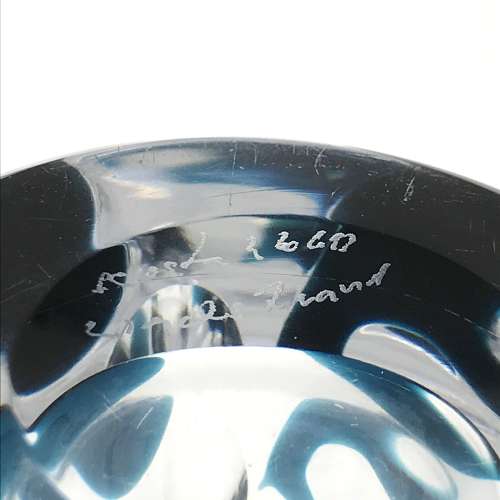 Stylish Vicke Lindstrand vase for Kosta with cut circles and internal blue 'lava lamp' style swirls. Signed to the base 'Lindstrand' and numbered 2660.