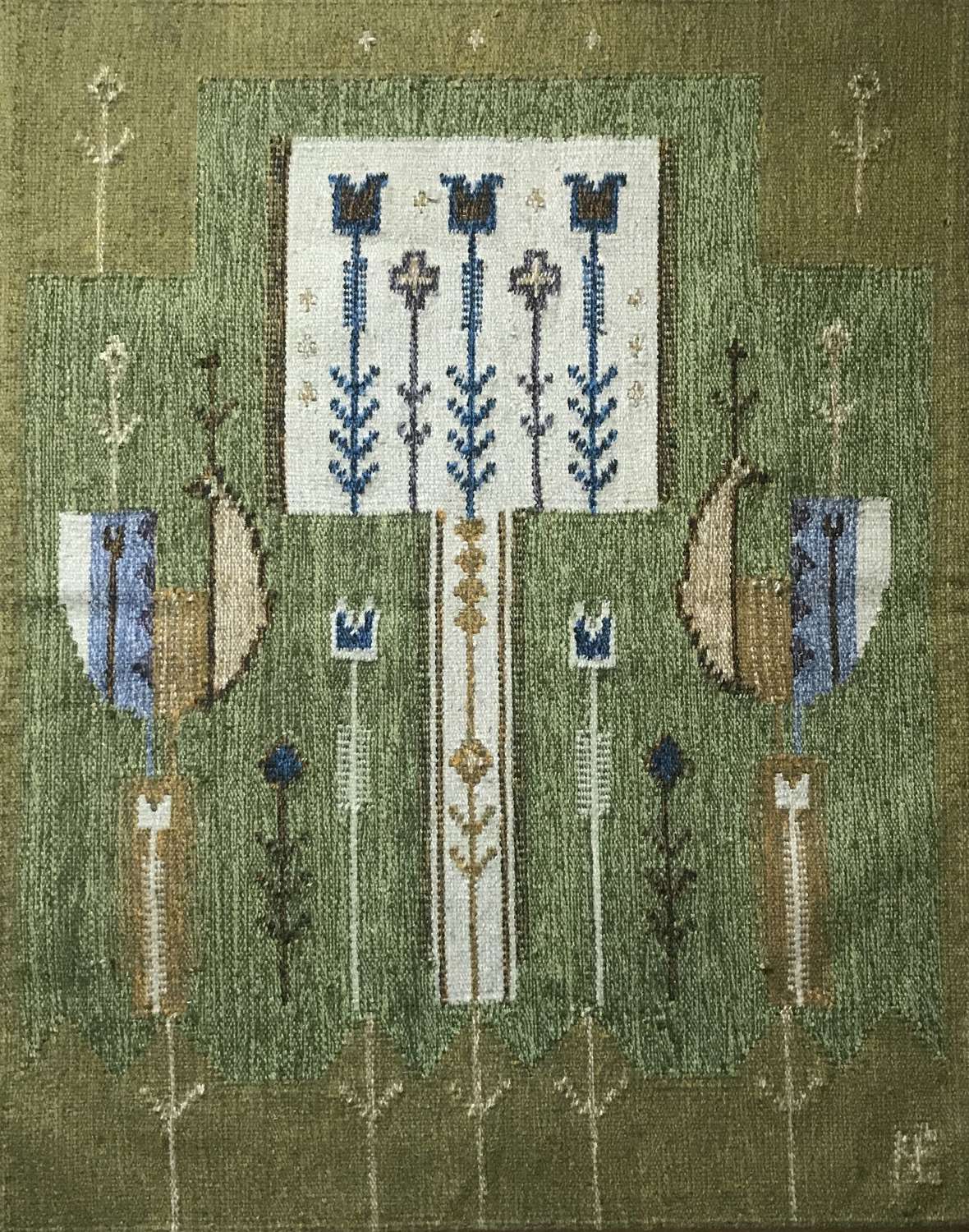 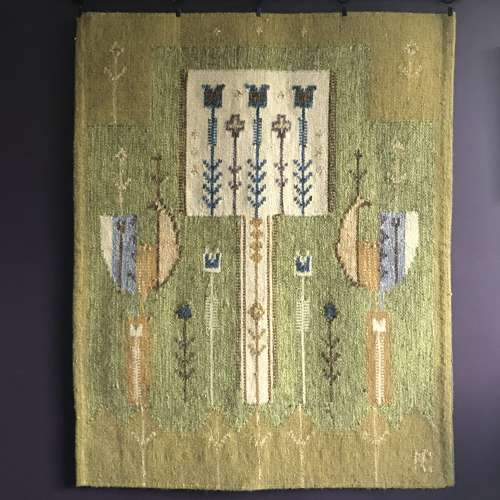 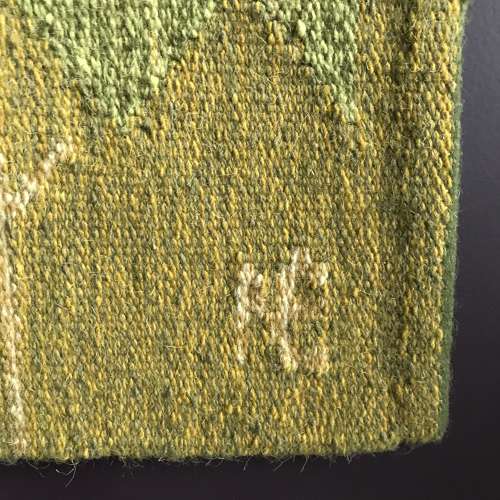 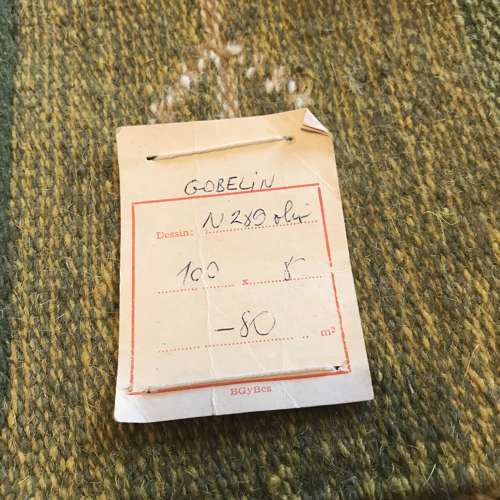 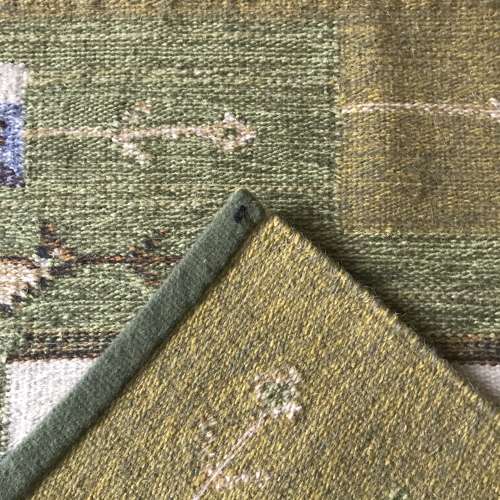 This woven woollen tapestry features a design of stylised birds and flowers. It is woven in a heavyweight wool using mainly nature-inspired shades of green, ochre and ecru with blues and brown highlighting the flowers and birds. It has the designer's initials NE in the lower right corner. The vertical edges are hemmed on the underside. c1970s