A coil bracelet with stone from the 1950s by leading Swedish designer Rey Urban with a full set of Swedish silver hallmarks. It was produced in Stockholm in 1959. This is an early example of his work and has a distinctly modernist design that is worn around the arm to great effect.

This bracelet weighs 28g and is in excellent used condition.

Rey Urban (1929-2015) was a leading Swedish silversmith and jewellery designer based in Stockholm who had his own company called Silversmeden Rey Urban. His work has been widely exhibited and has an international following. 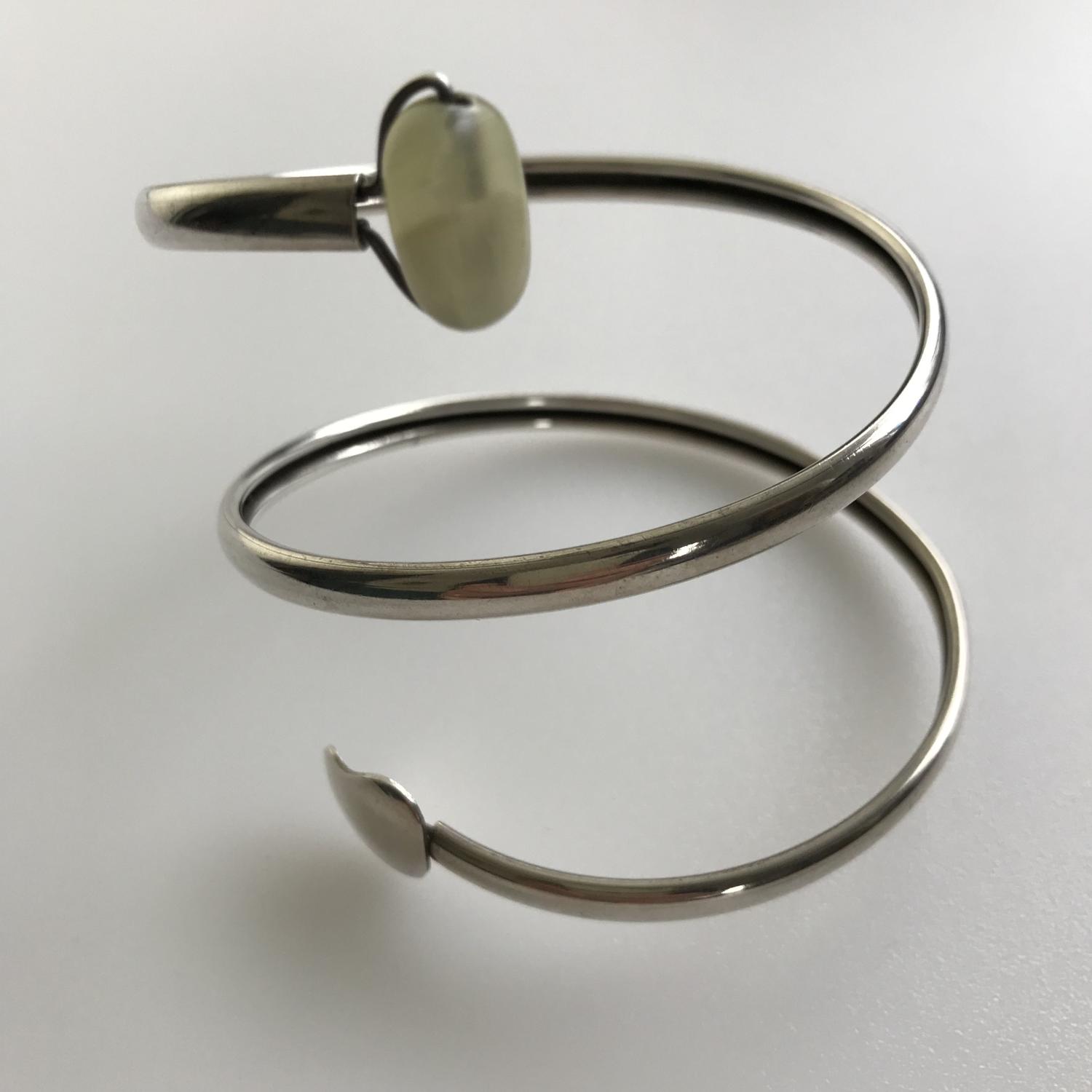 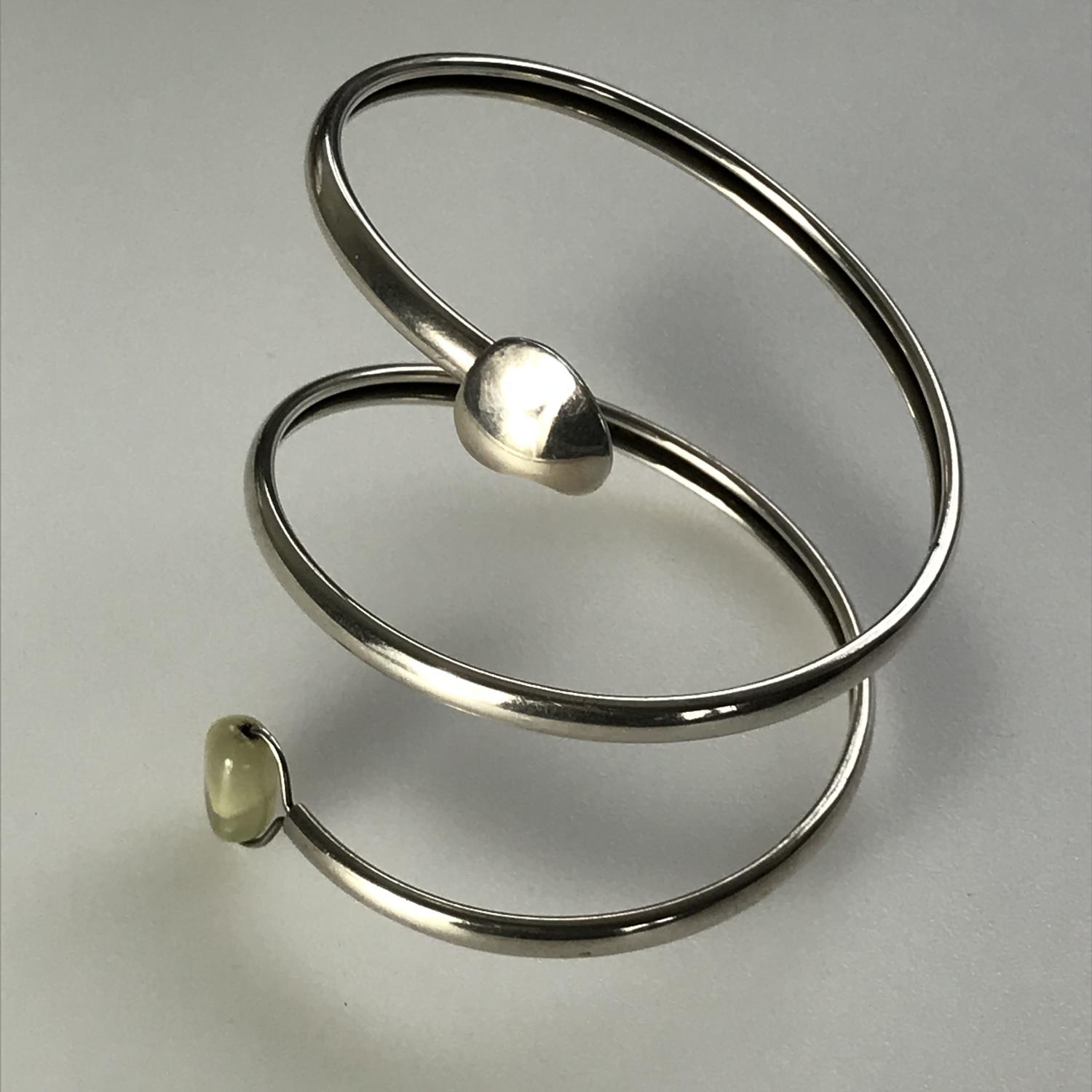 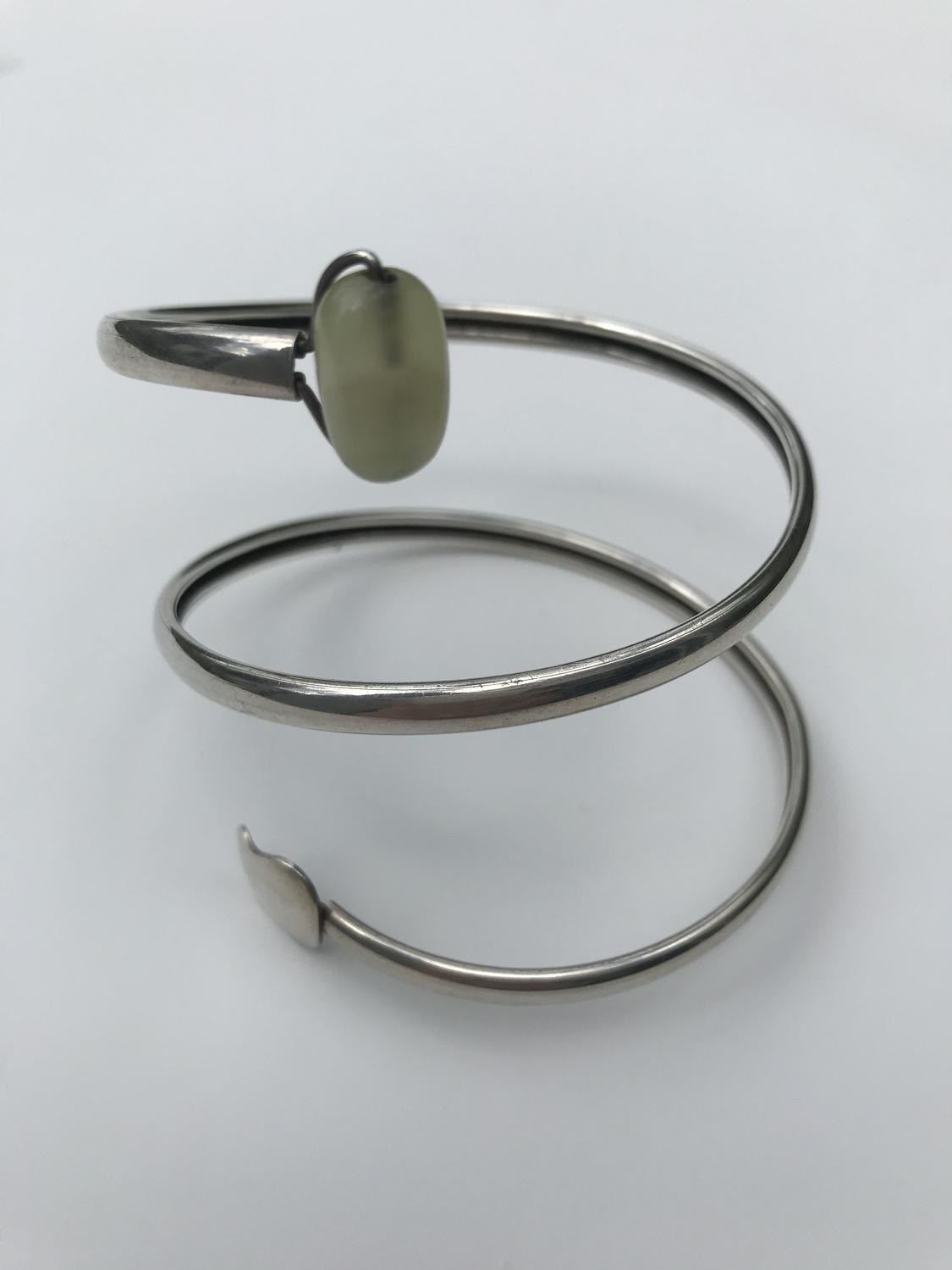 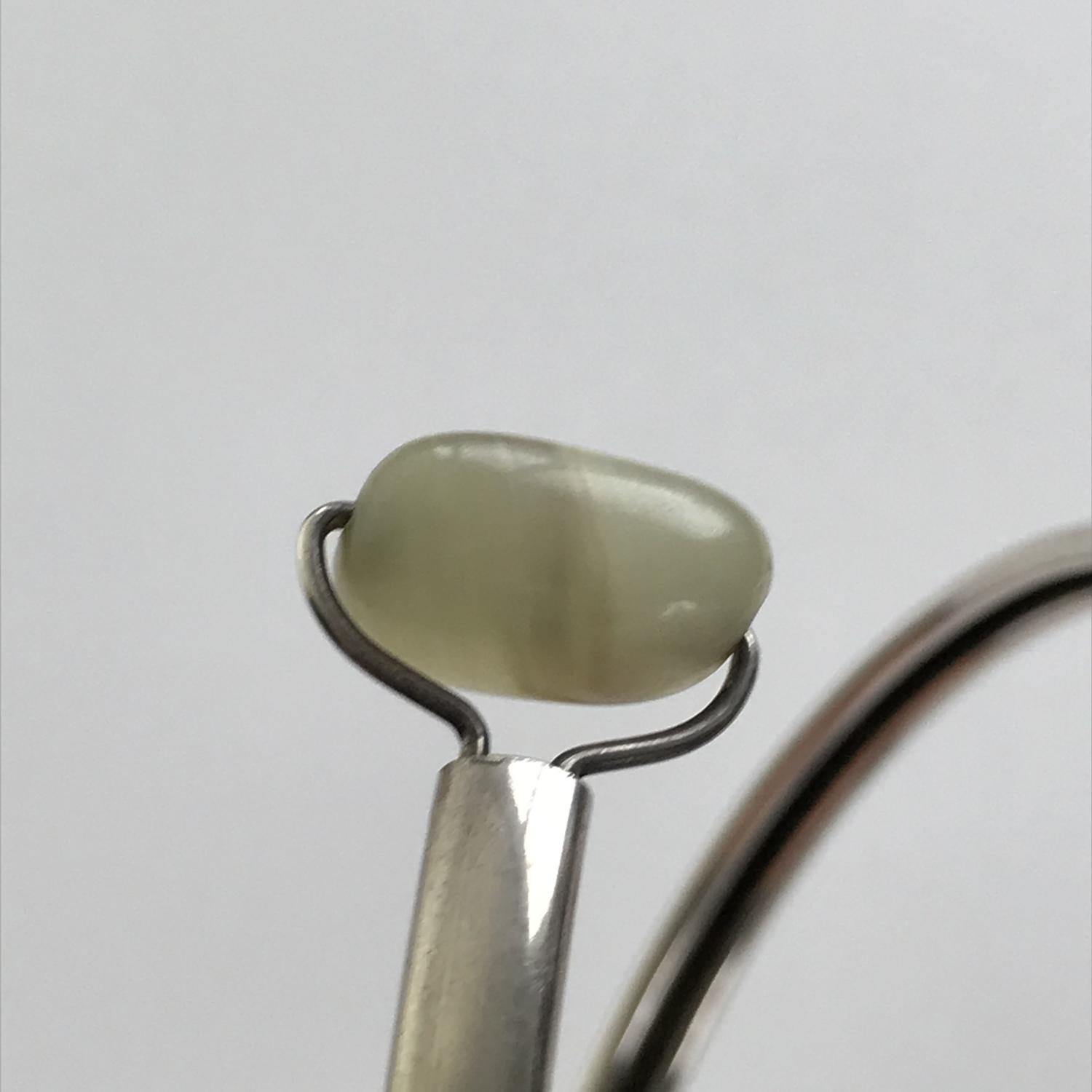 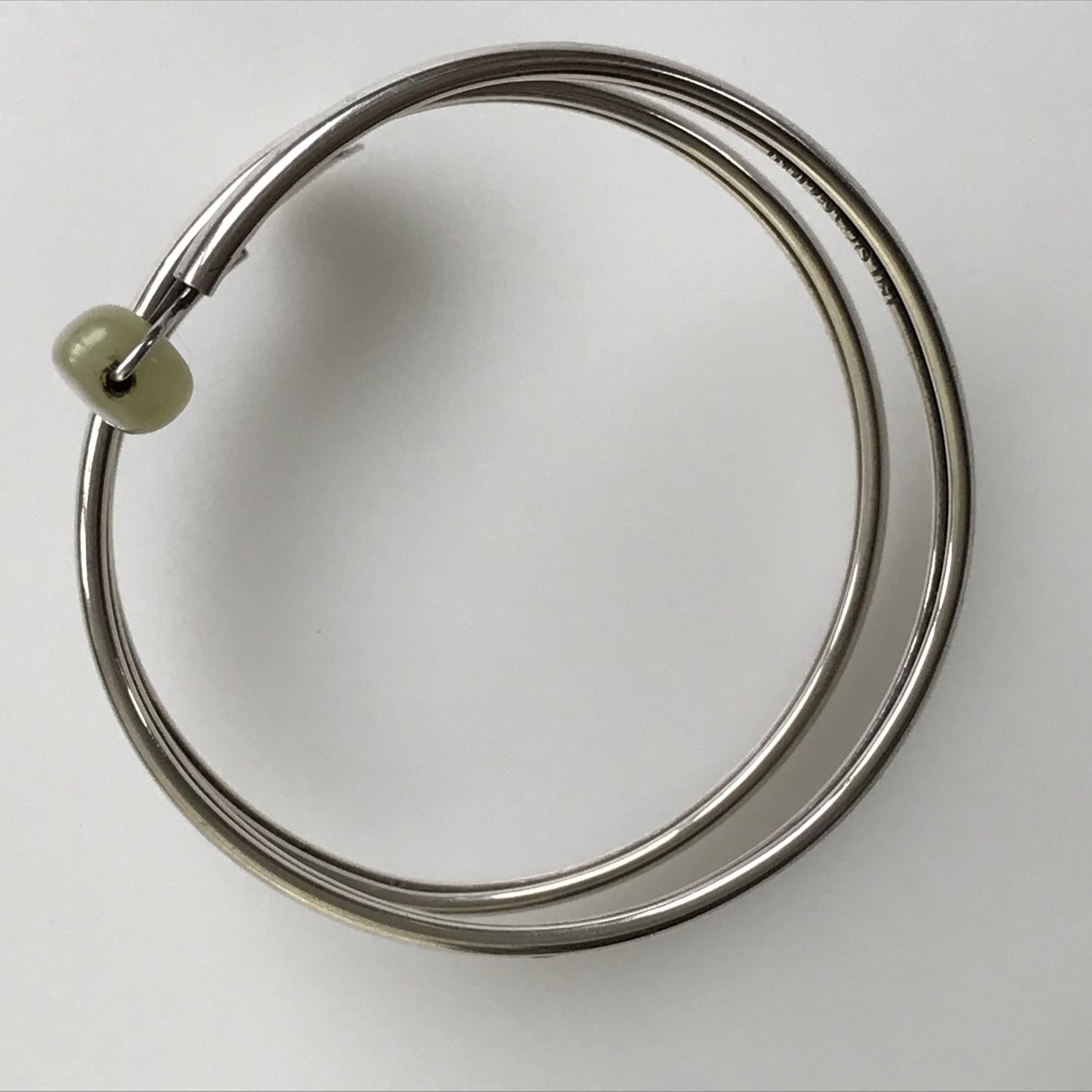 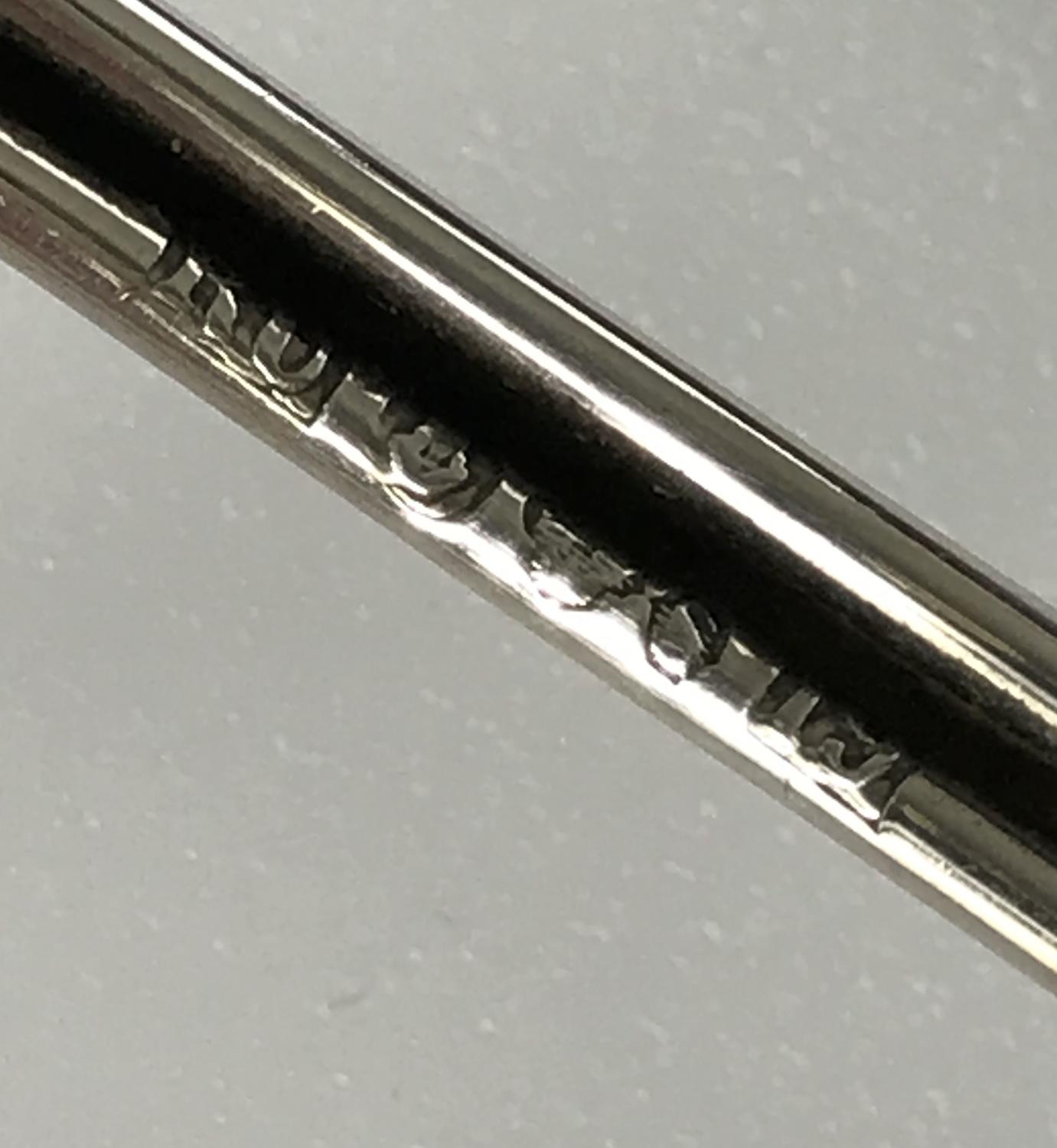