A design classic! Designed in 1950 and in production by Iittala until 1960 this vase, with its subtle etched lines and biomorphic shape, is the epitome of the simple elegance of Scandinavian glass design by one of its leading designers from Finland Tapio Wirkkala. The vase is numbered 3511 and is signed and dated on the base for 1955. 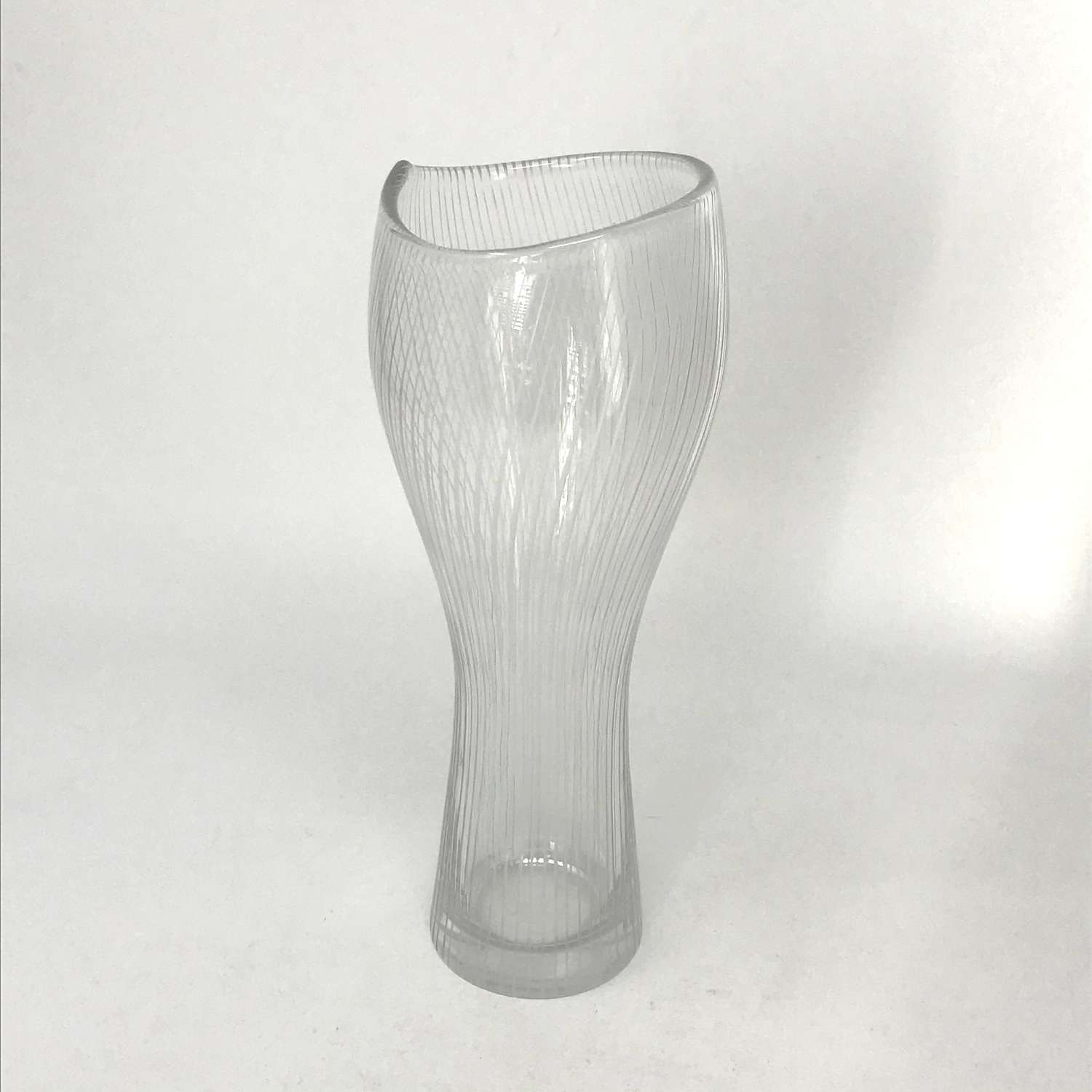 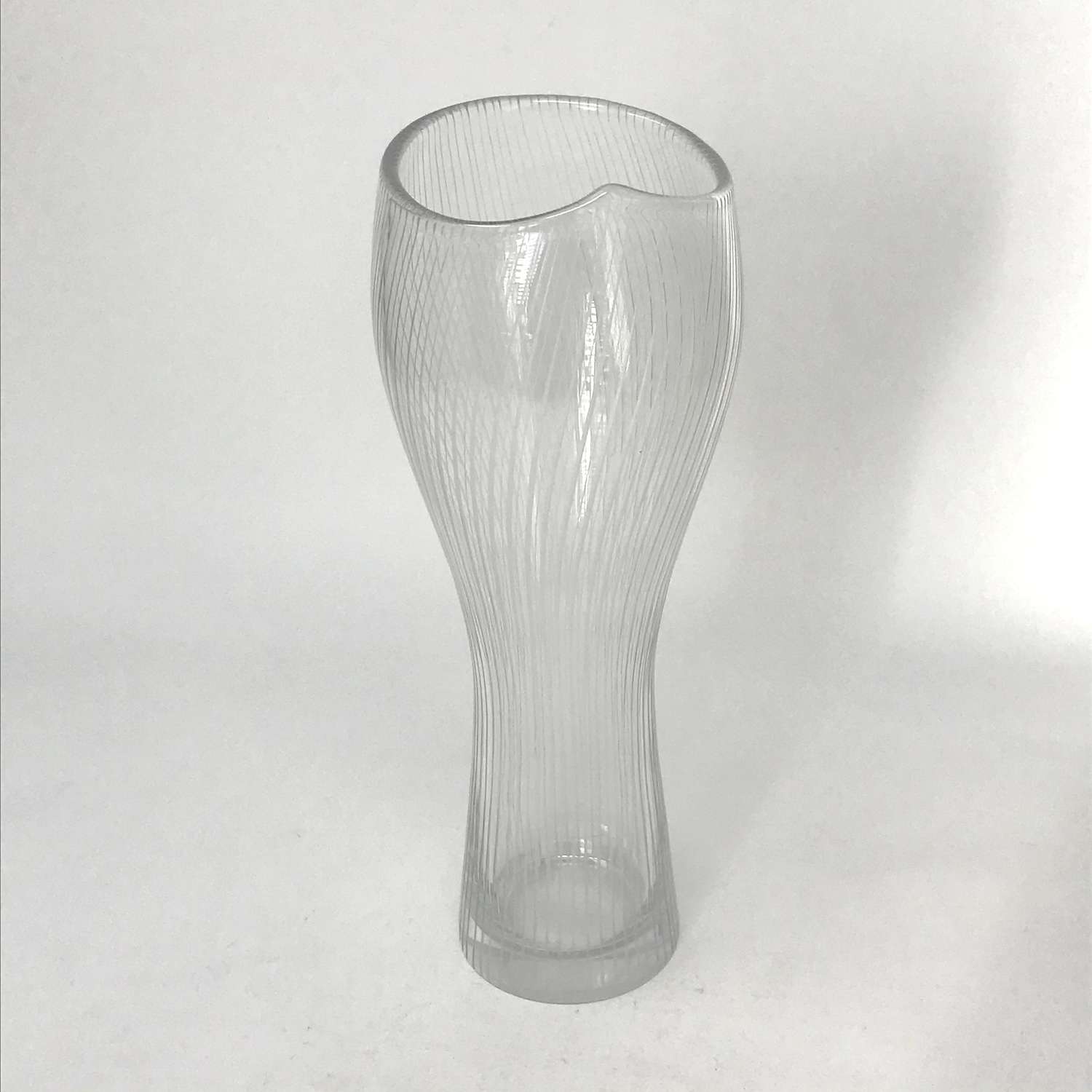 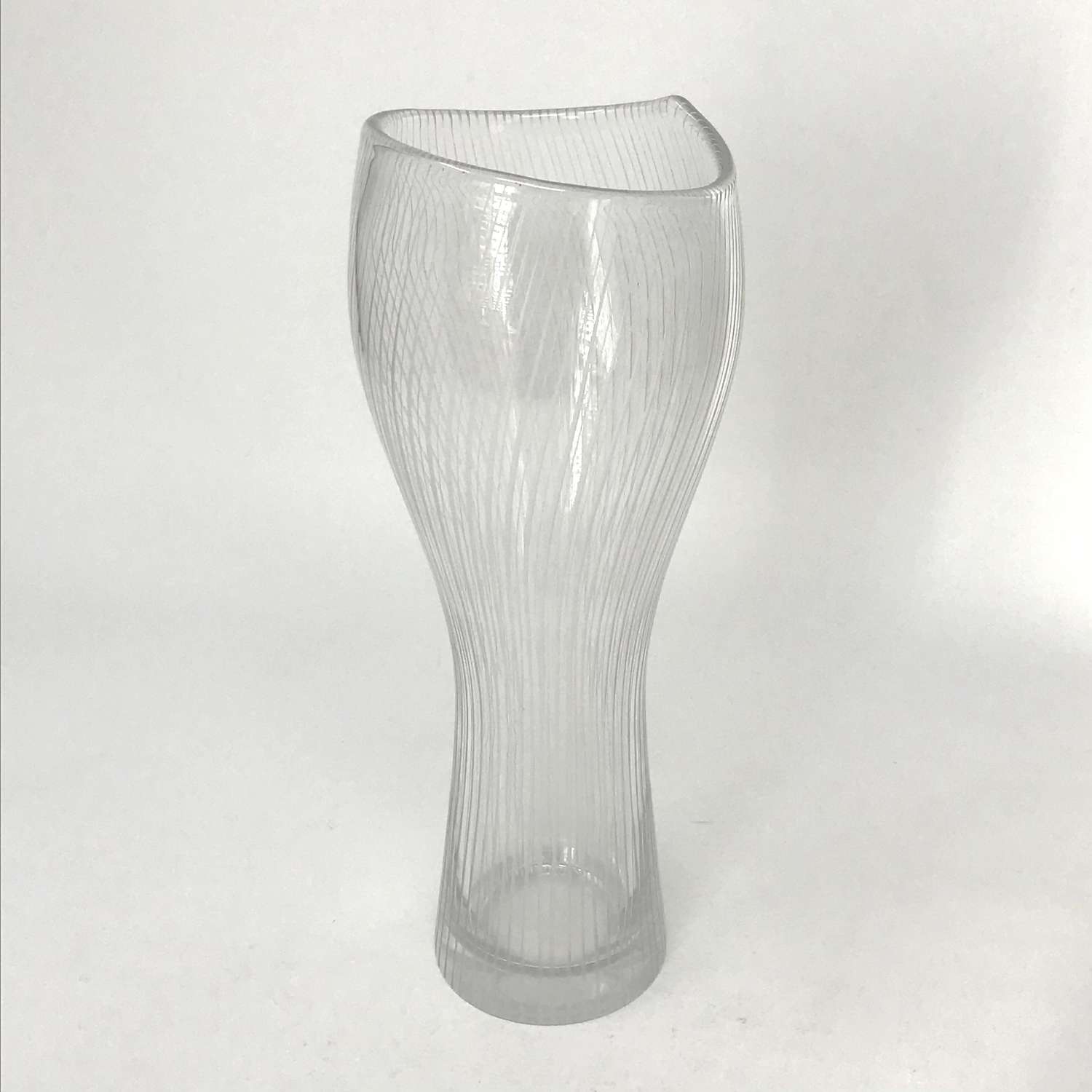 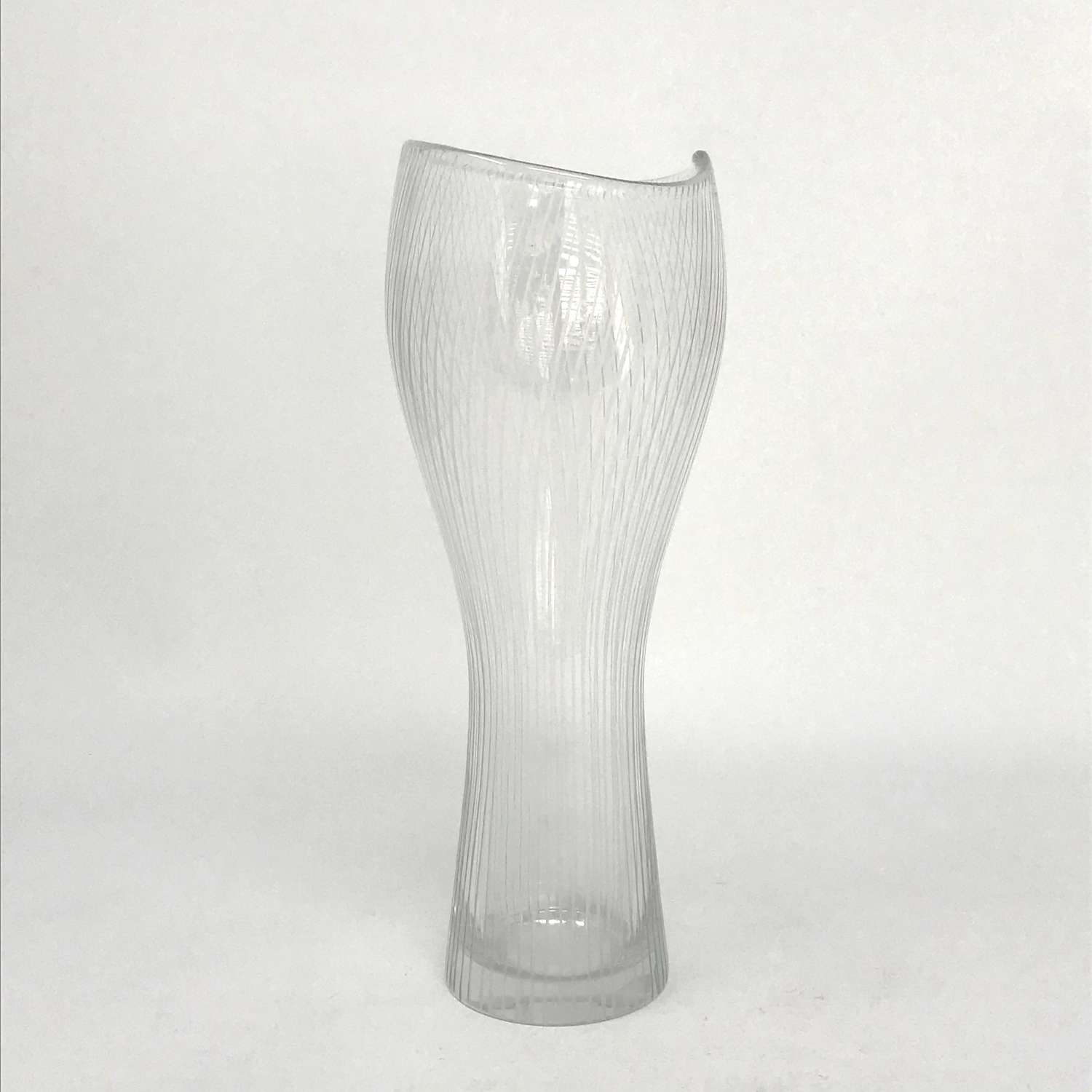 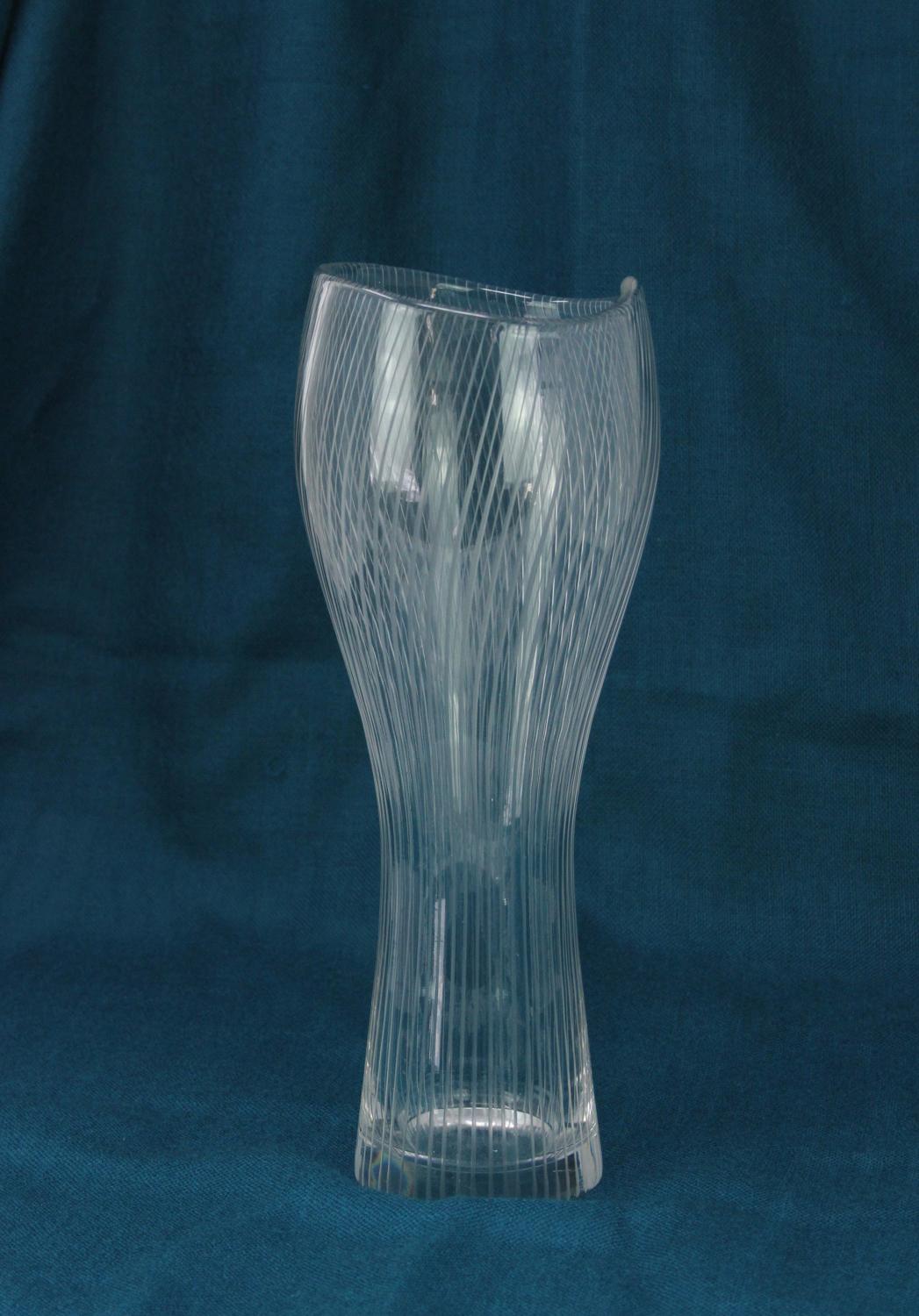 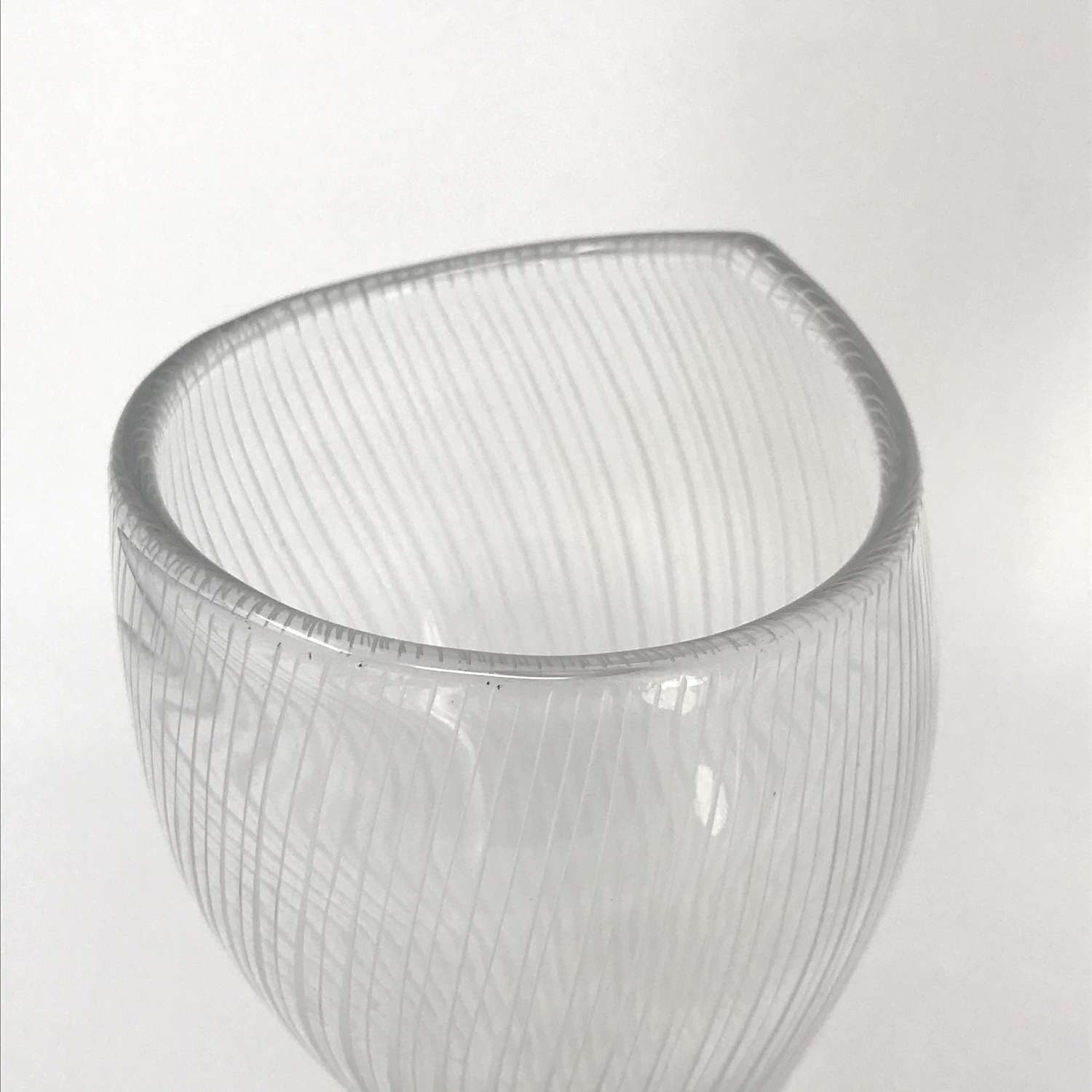 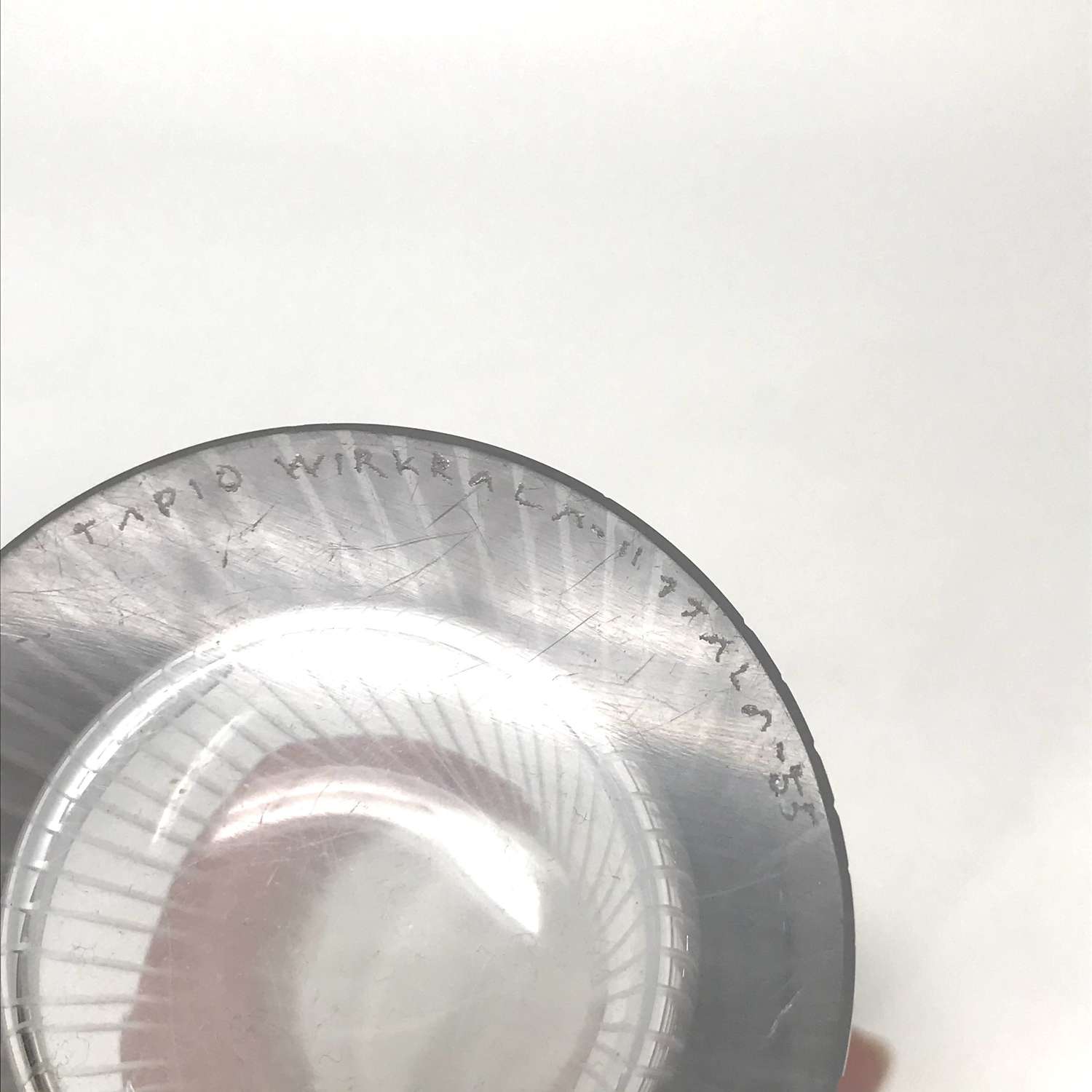 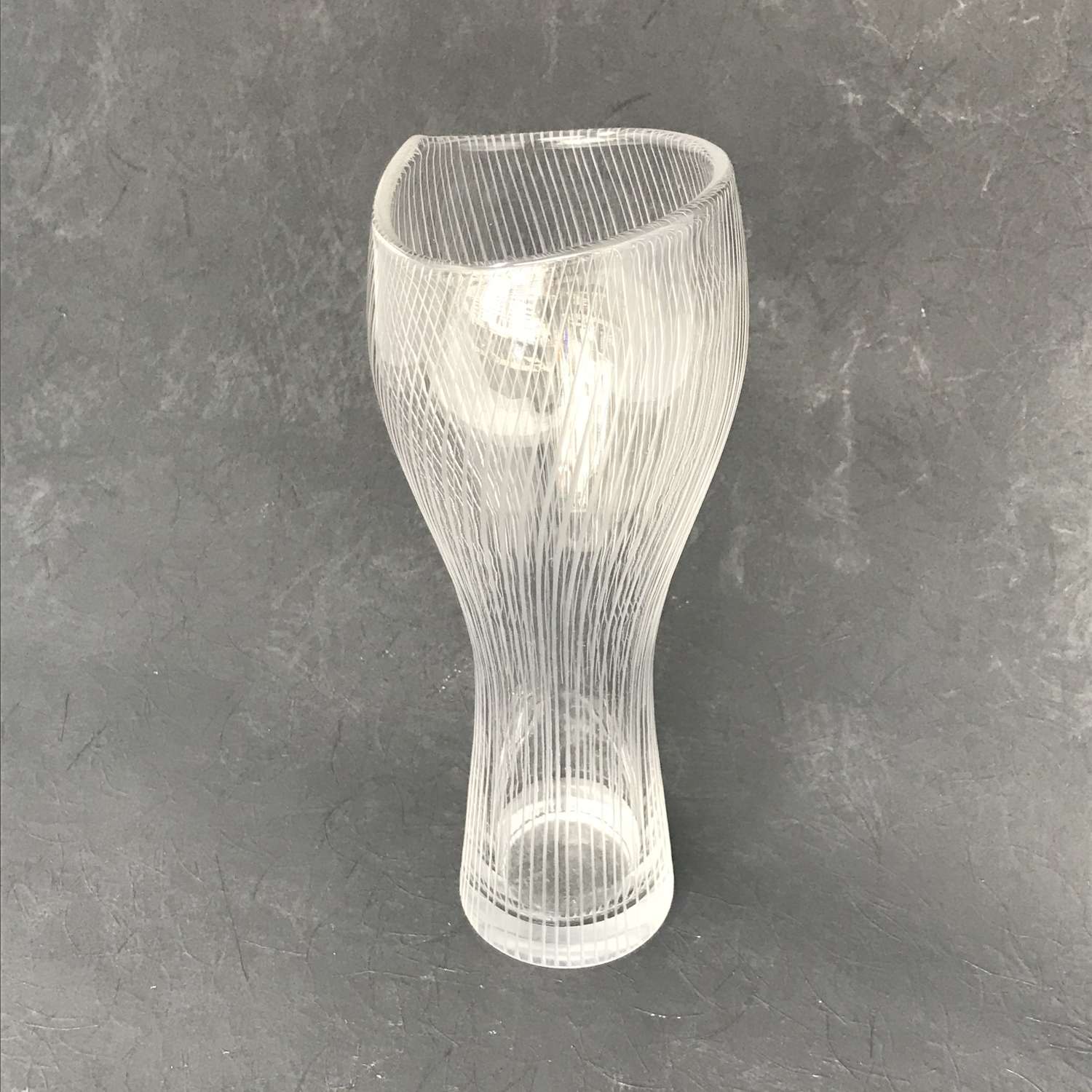