An imposing Kraka vase for Orrefors by Sven Palmqvist. The subtle mix of blue and amber glass is set off by an astonishing array of thousands of internal bubbles set in a net of colour. The vase is fully signed to the base: "Orrefors Kraka no 411 Sven Palmqvist. 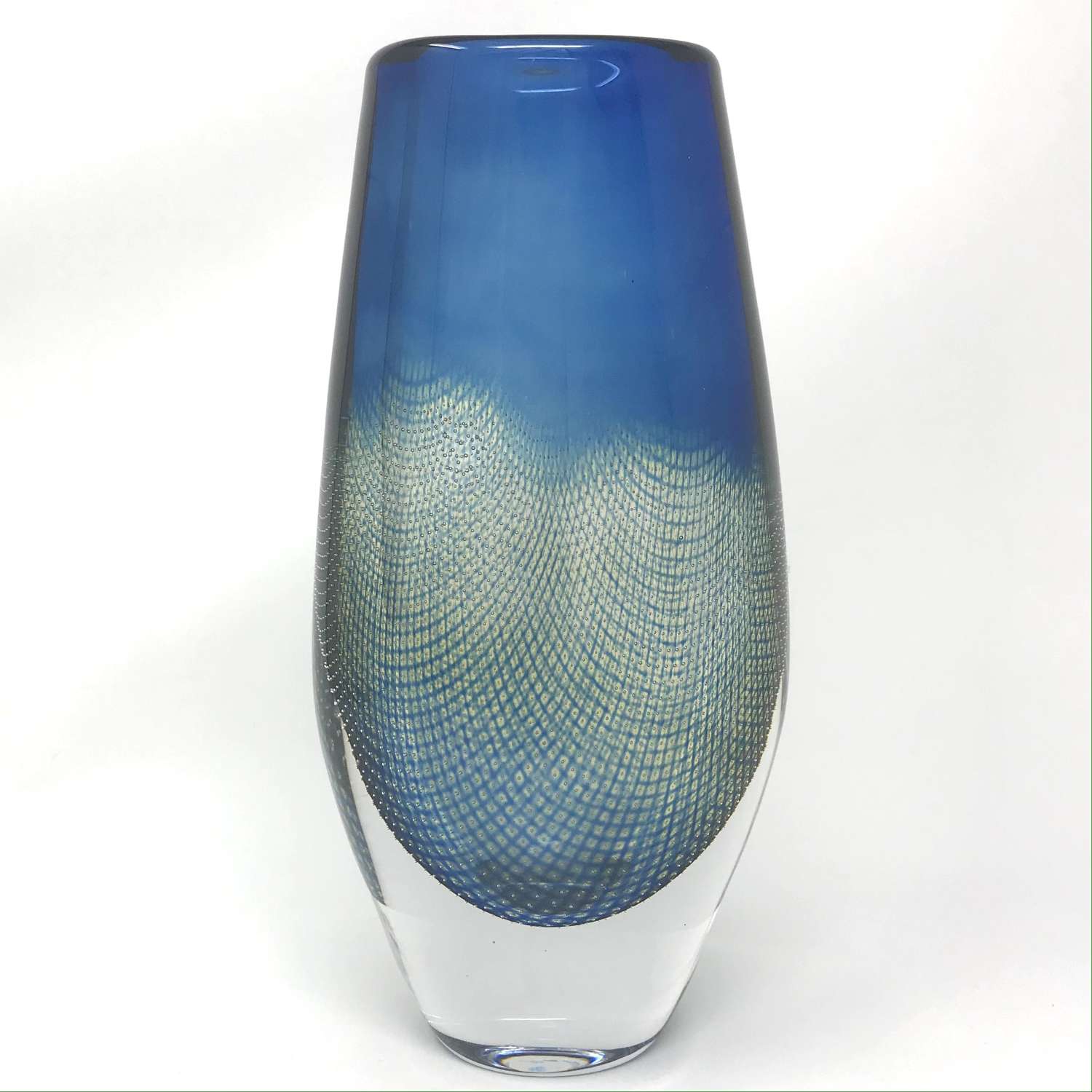 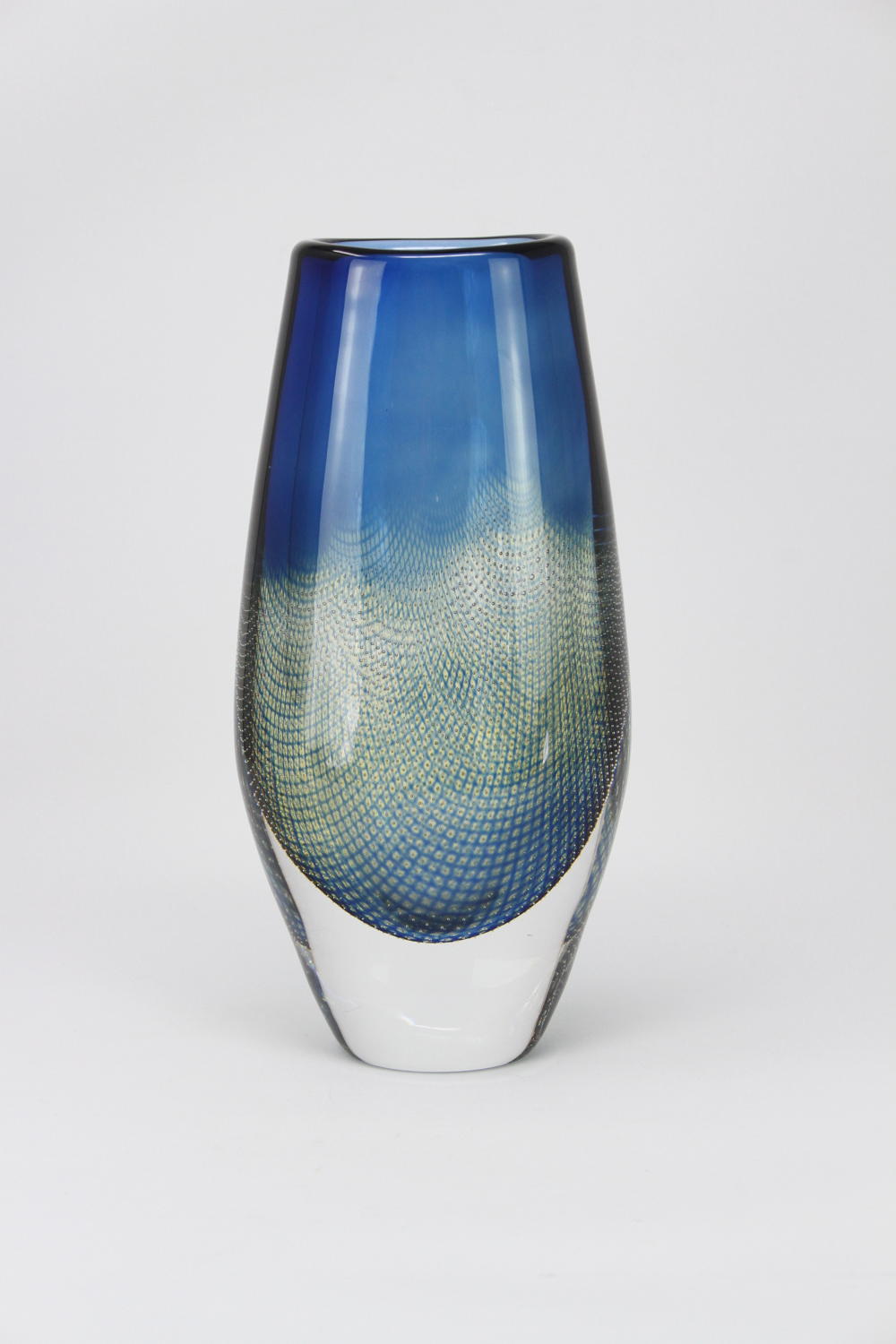 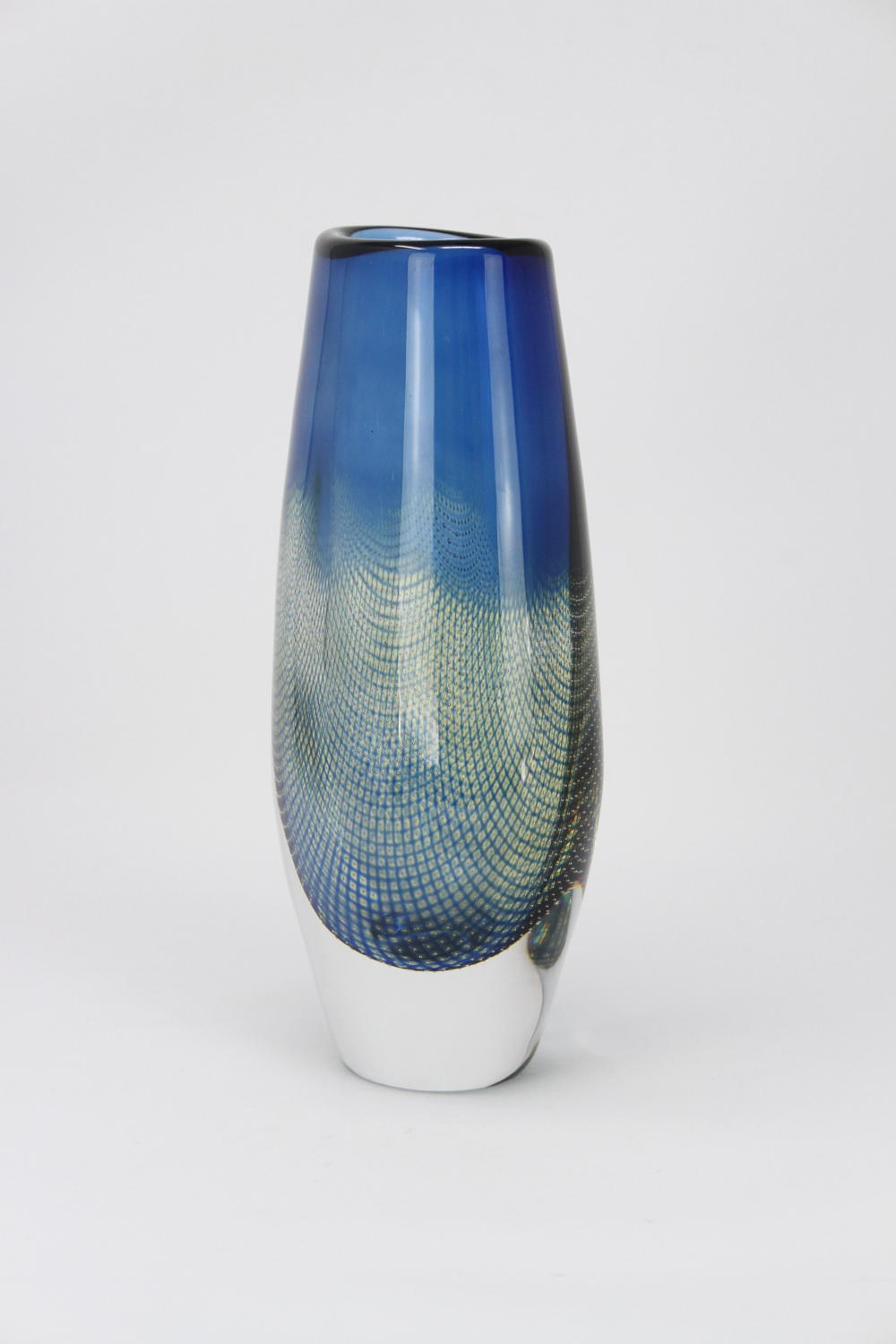 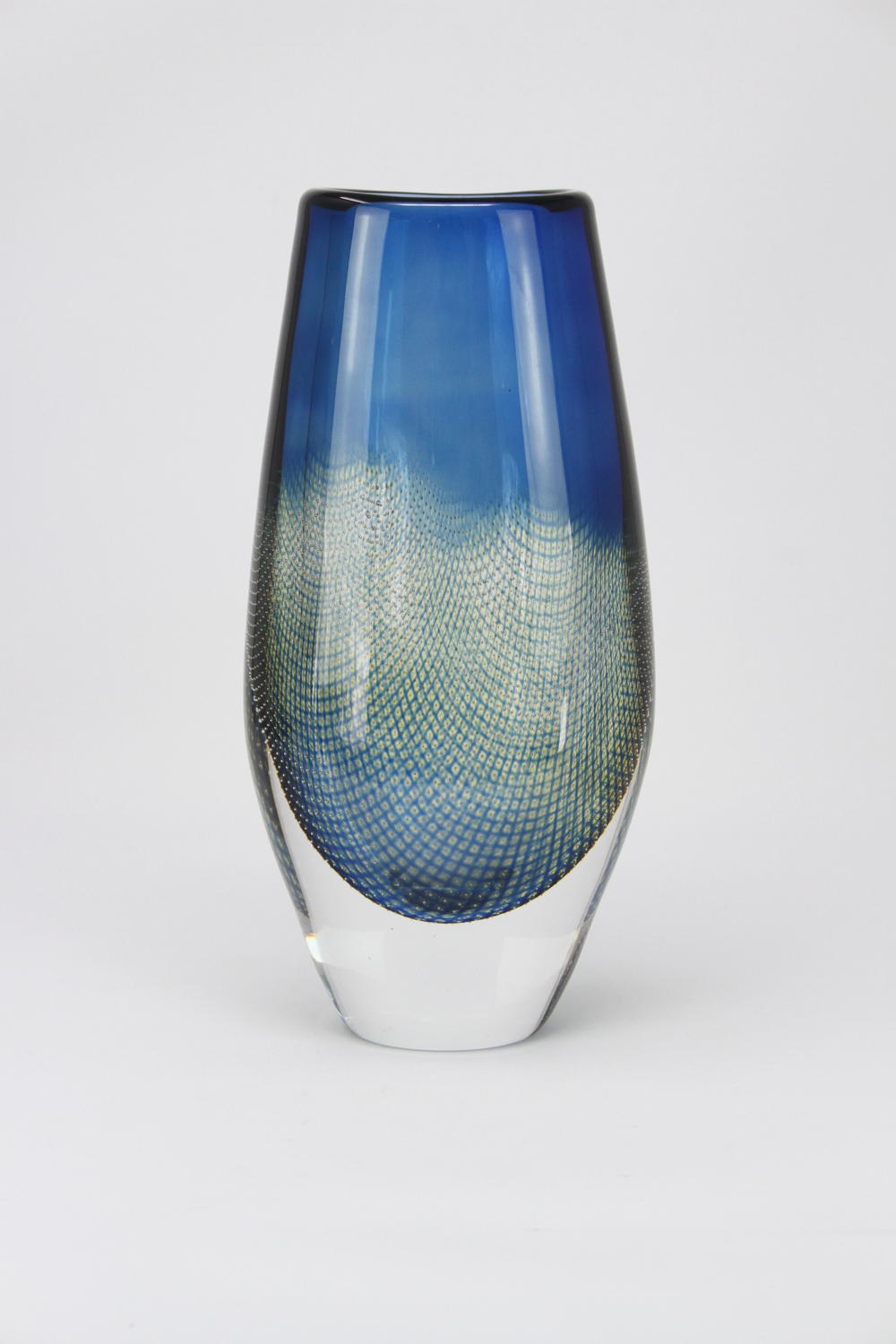 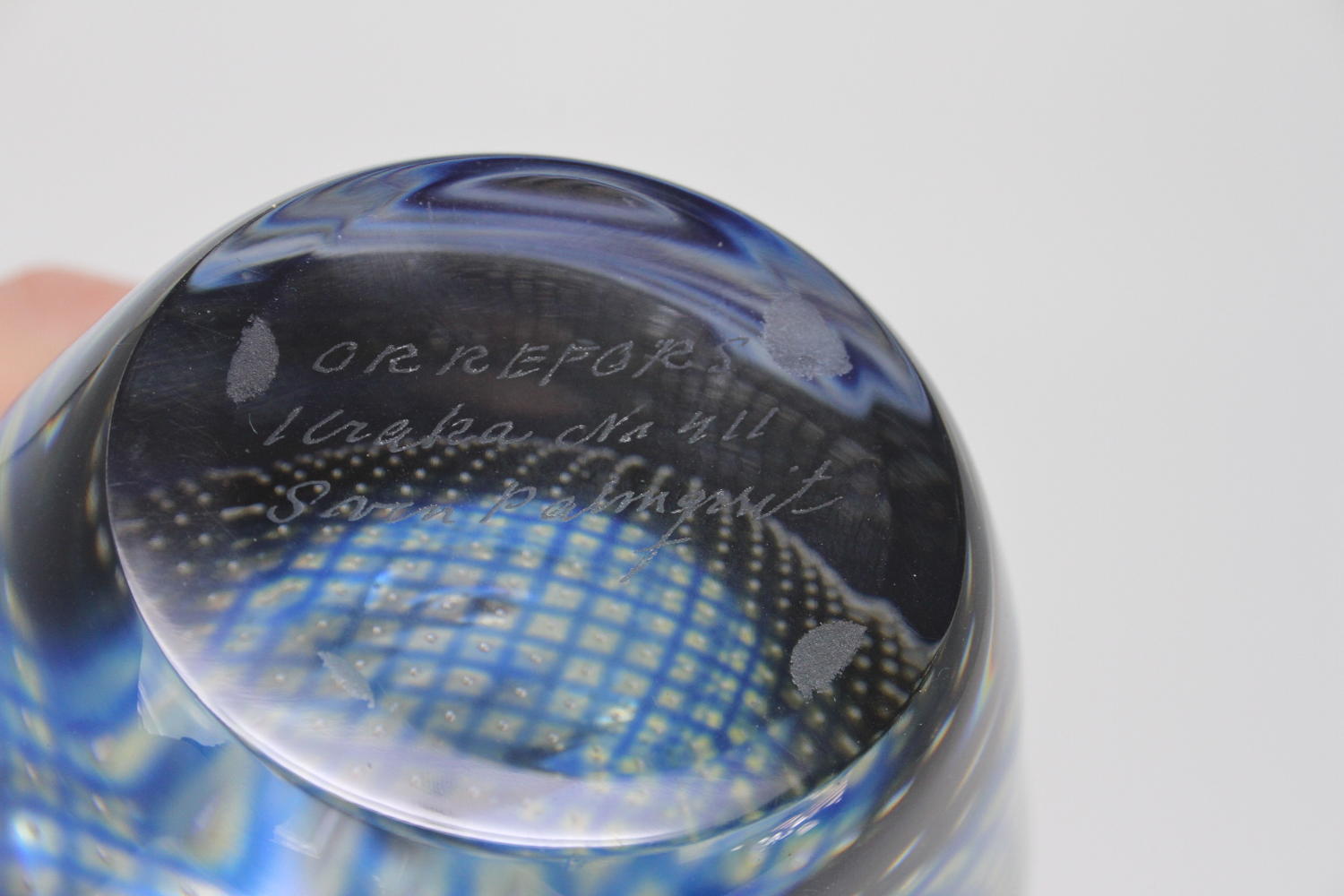 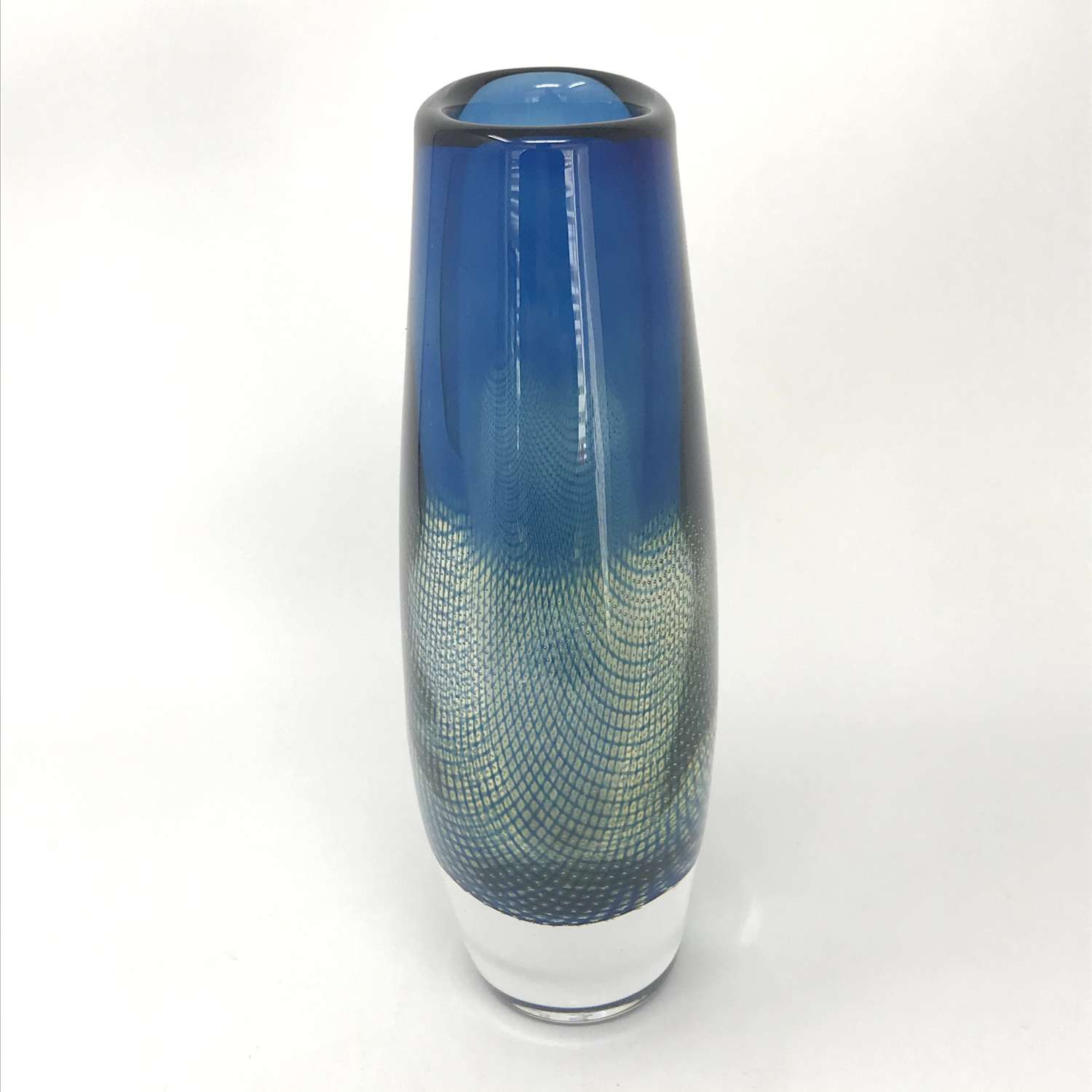 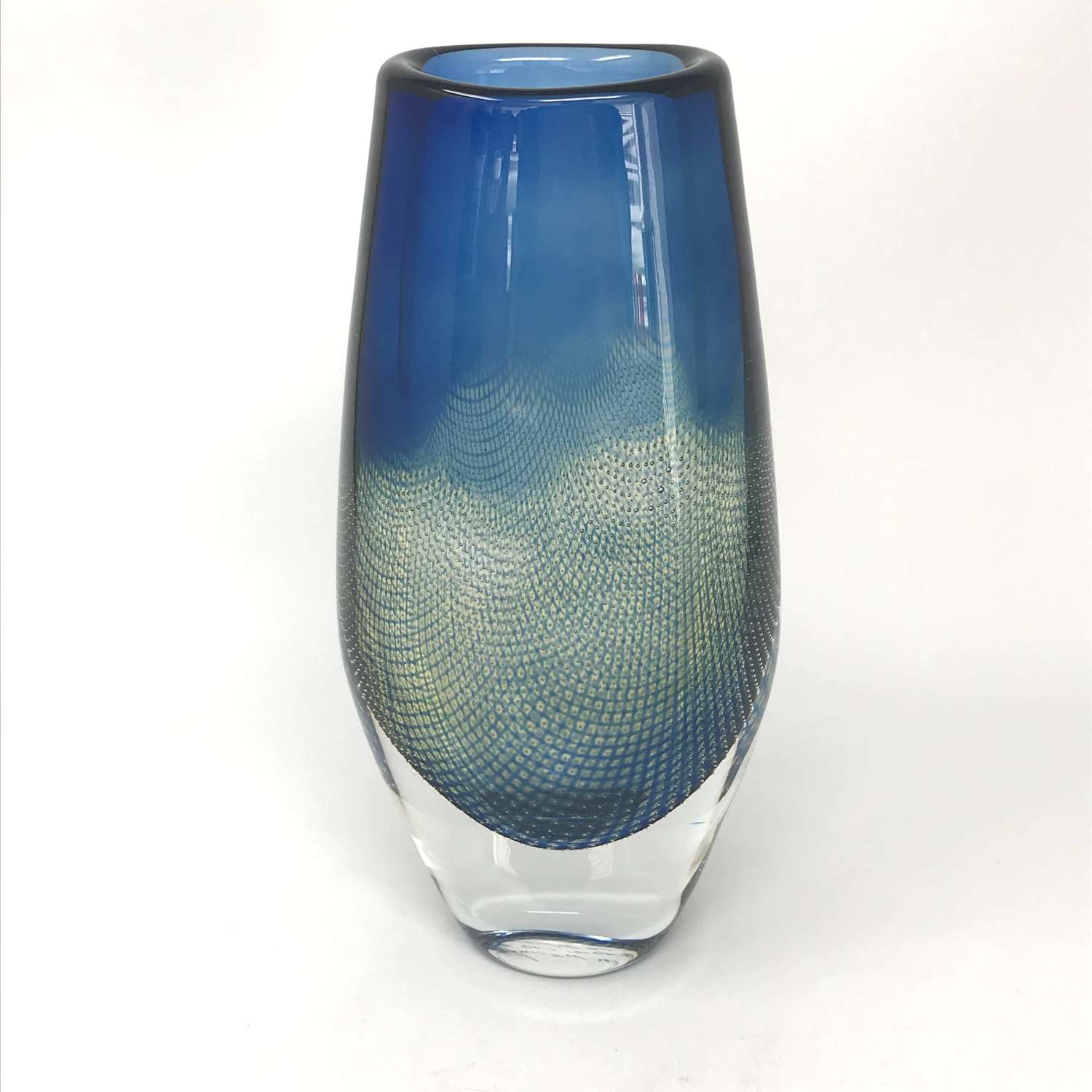 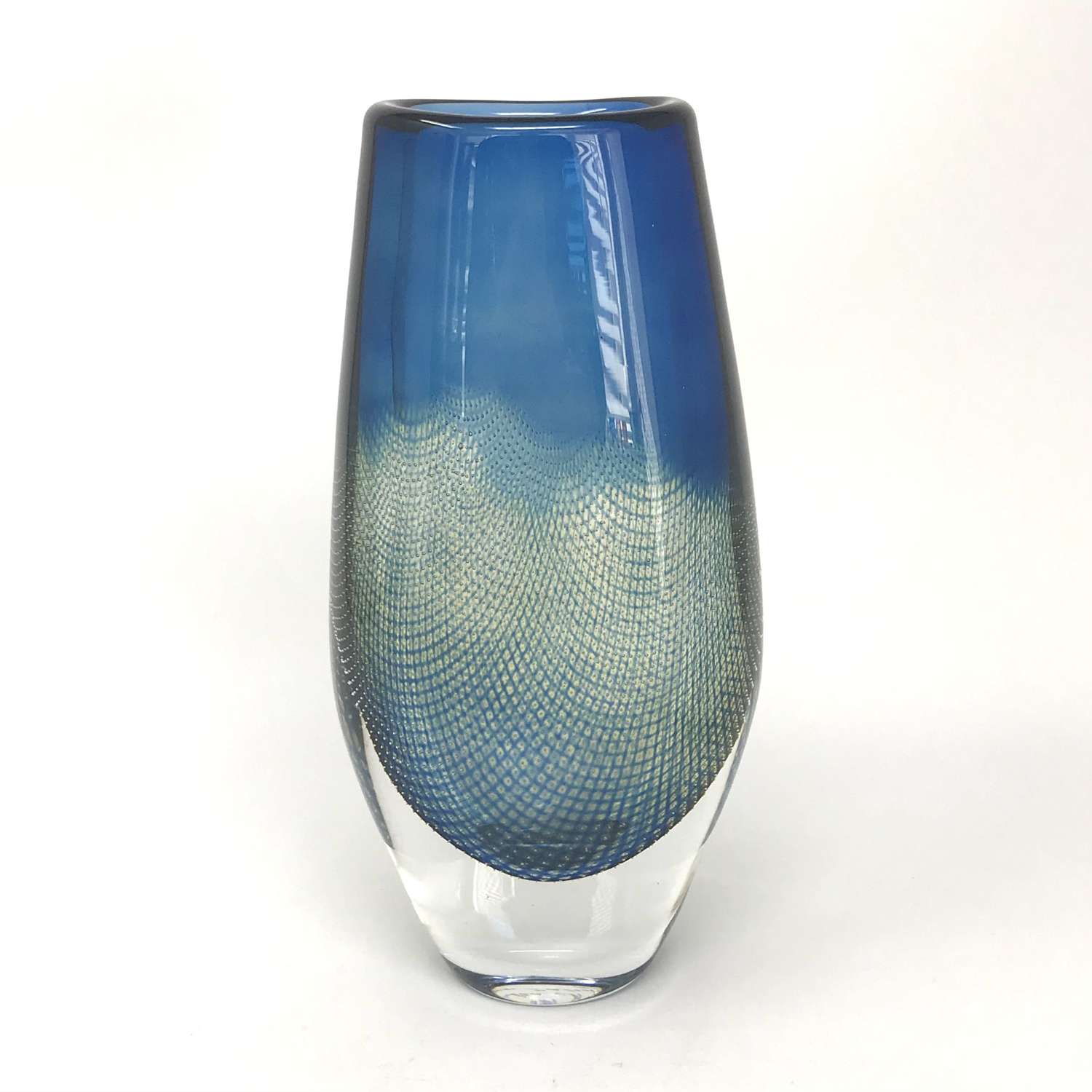 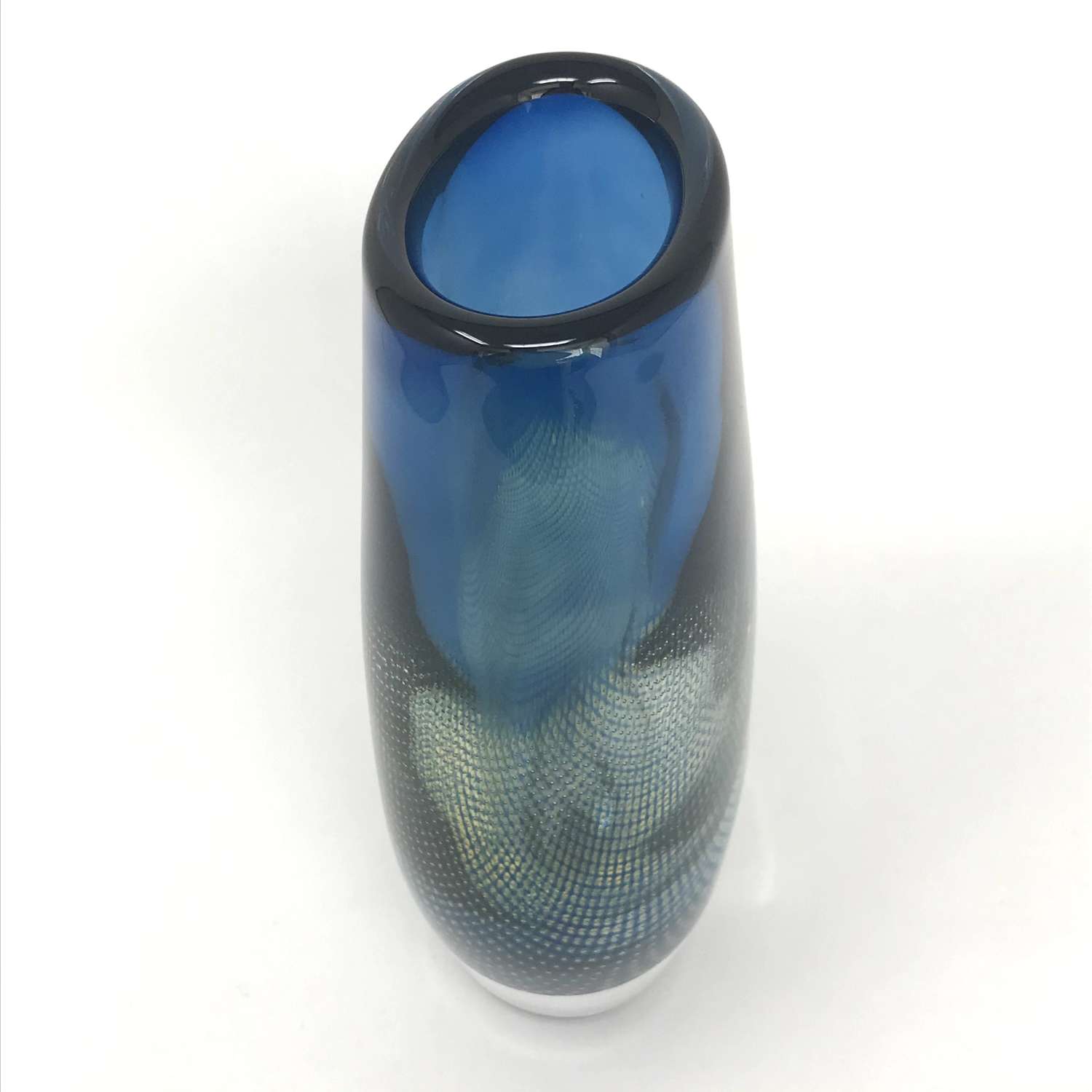 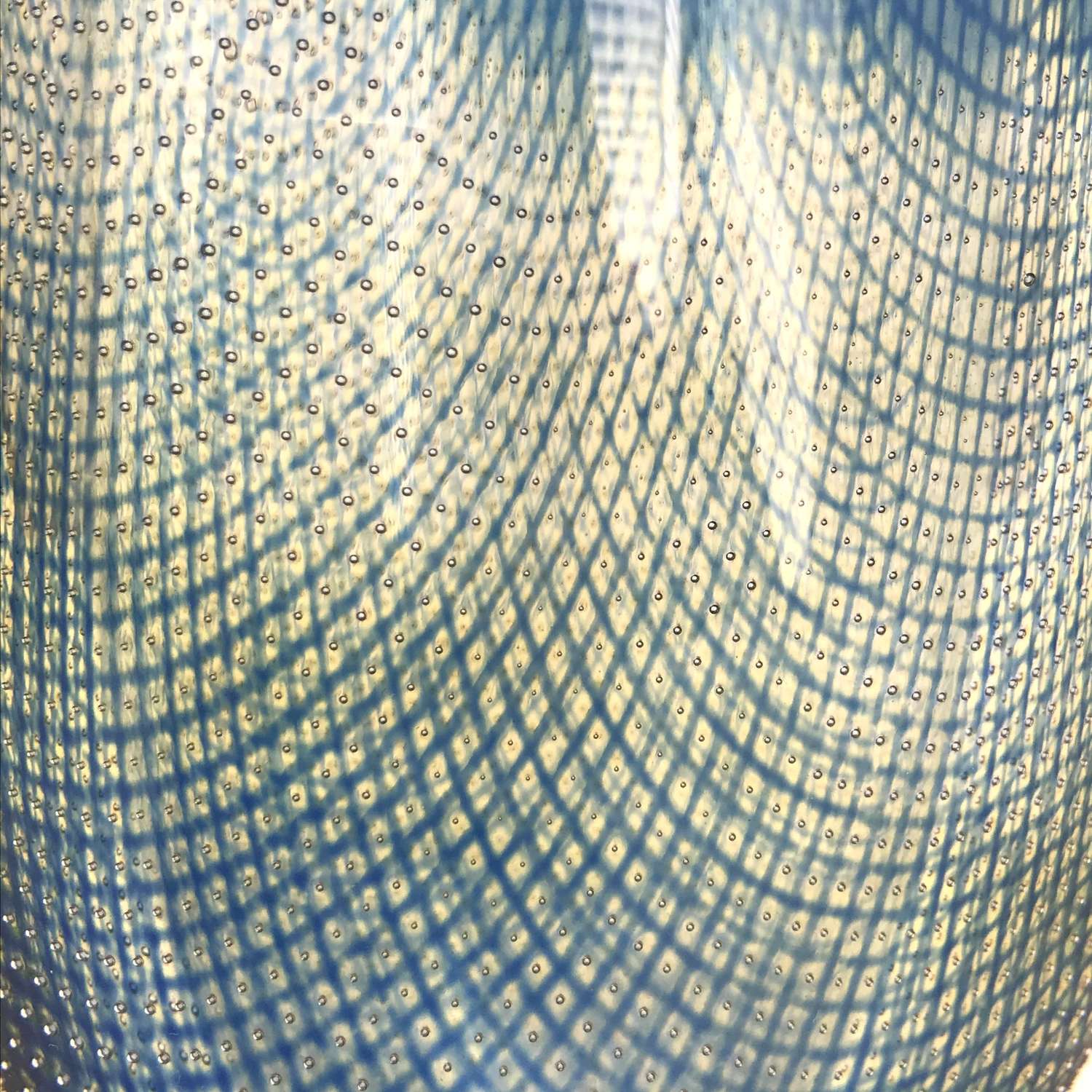 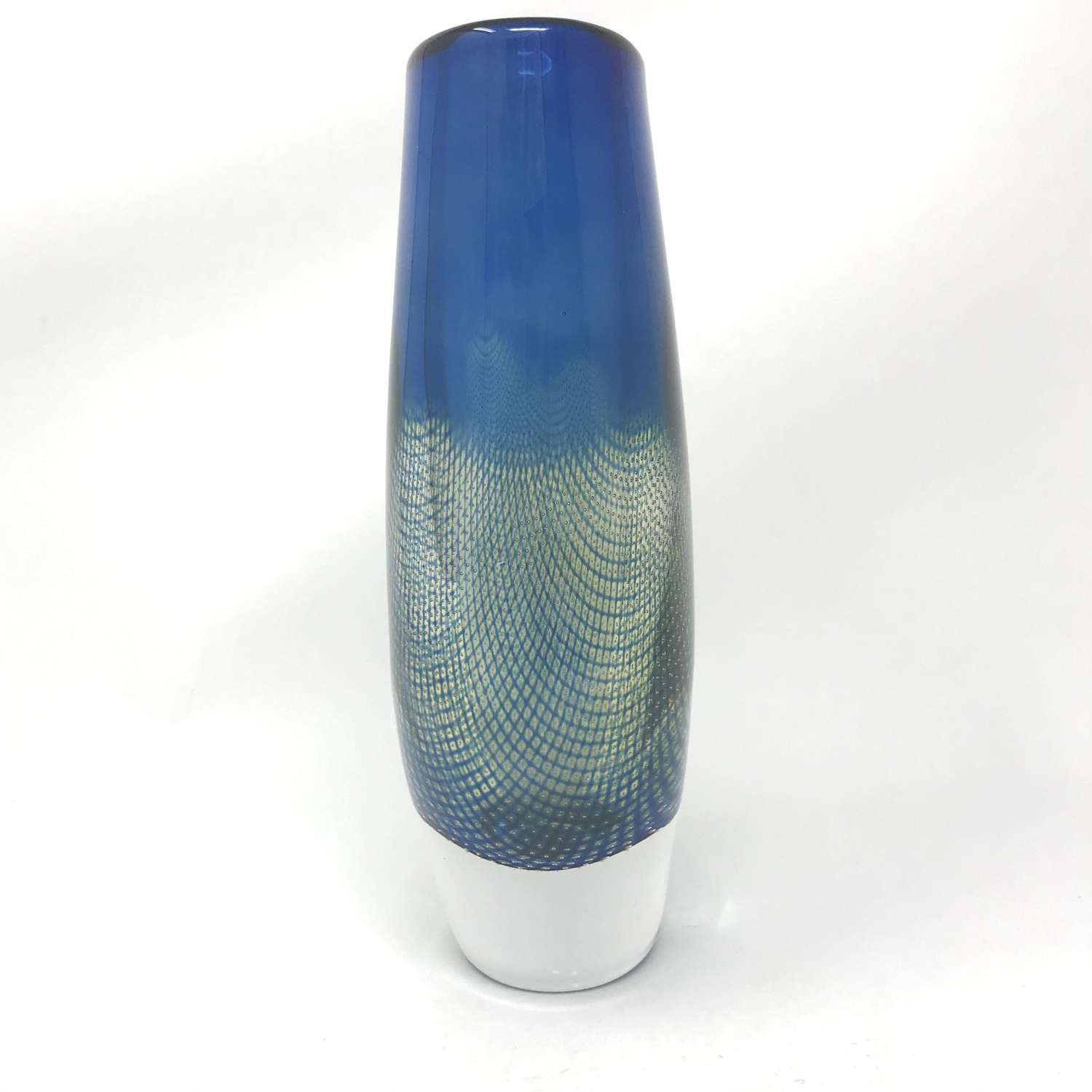 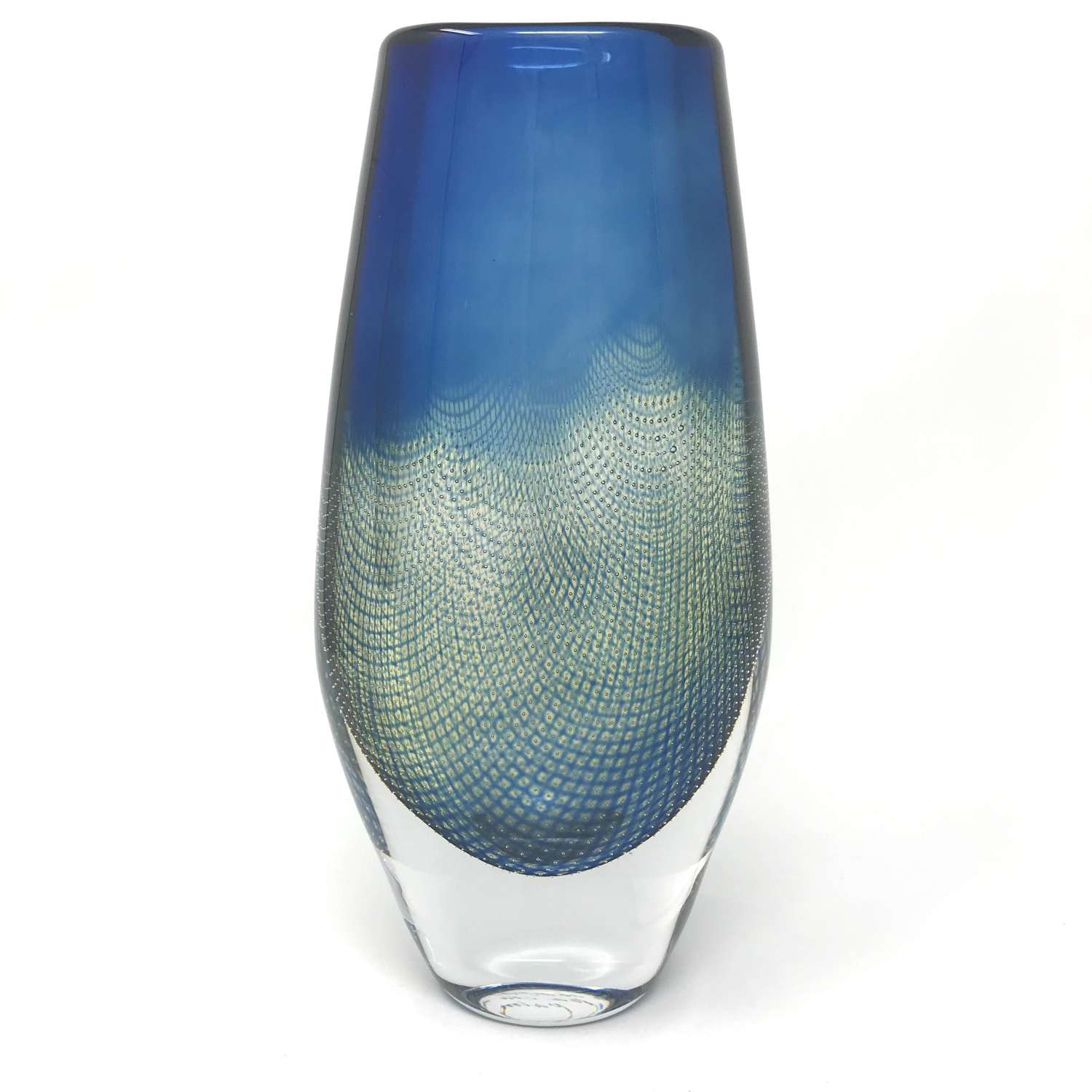 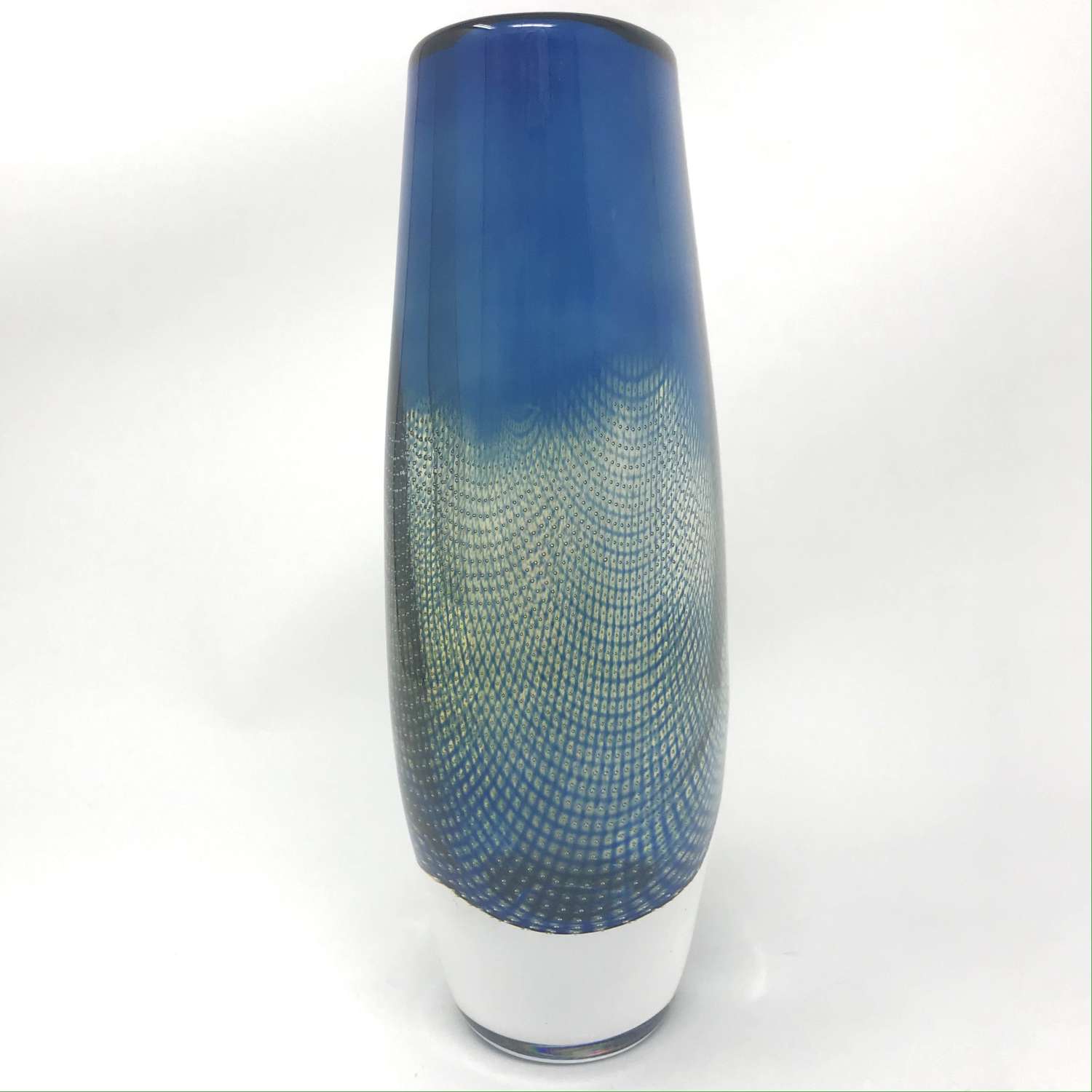 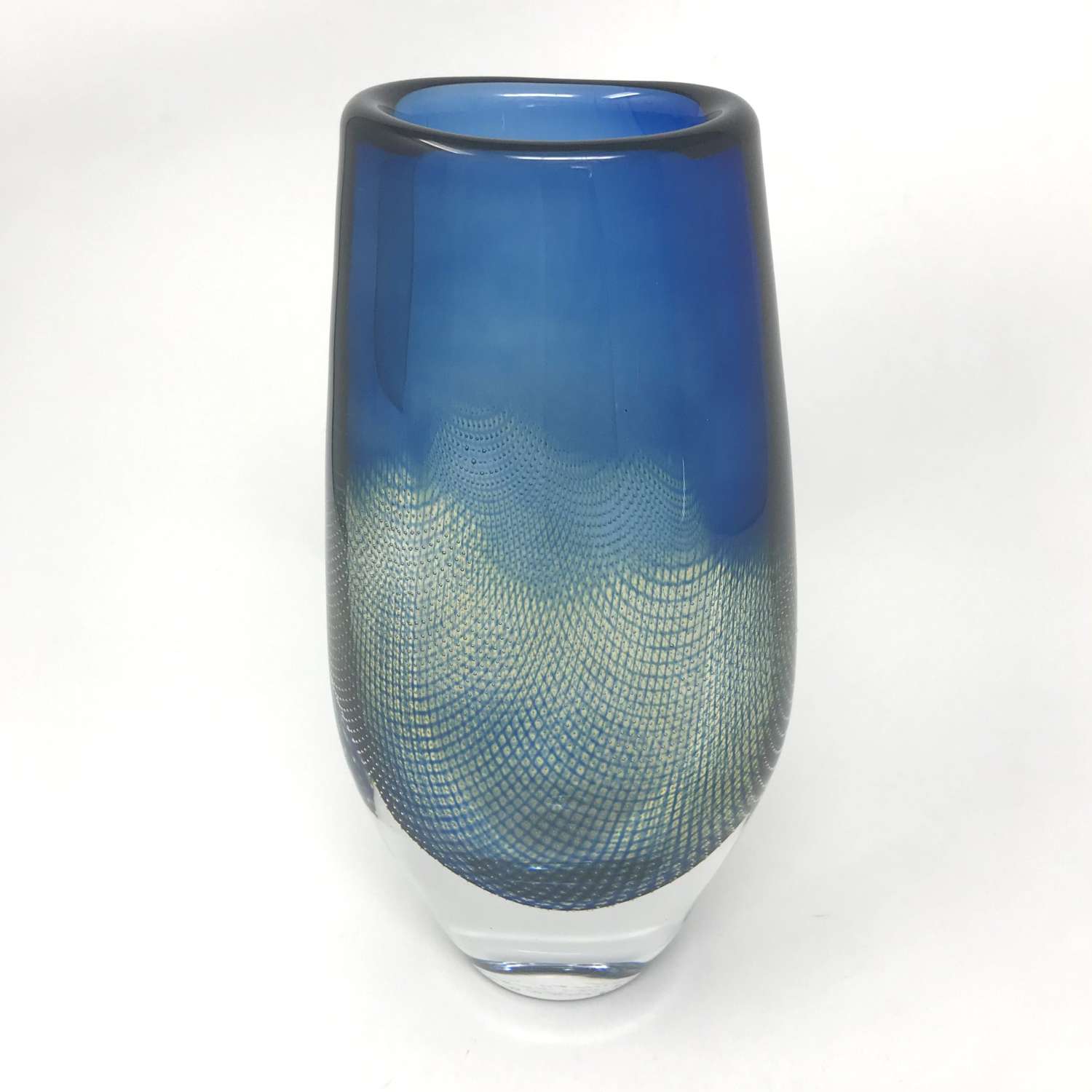 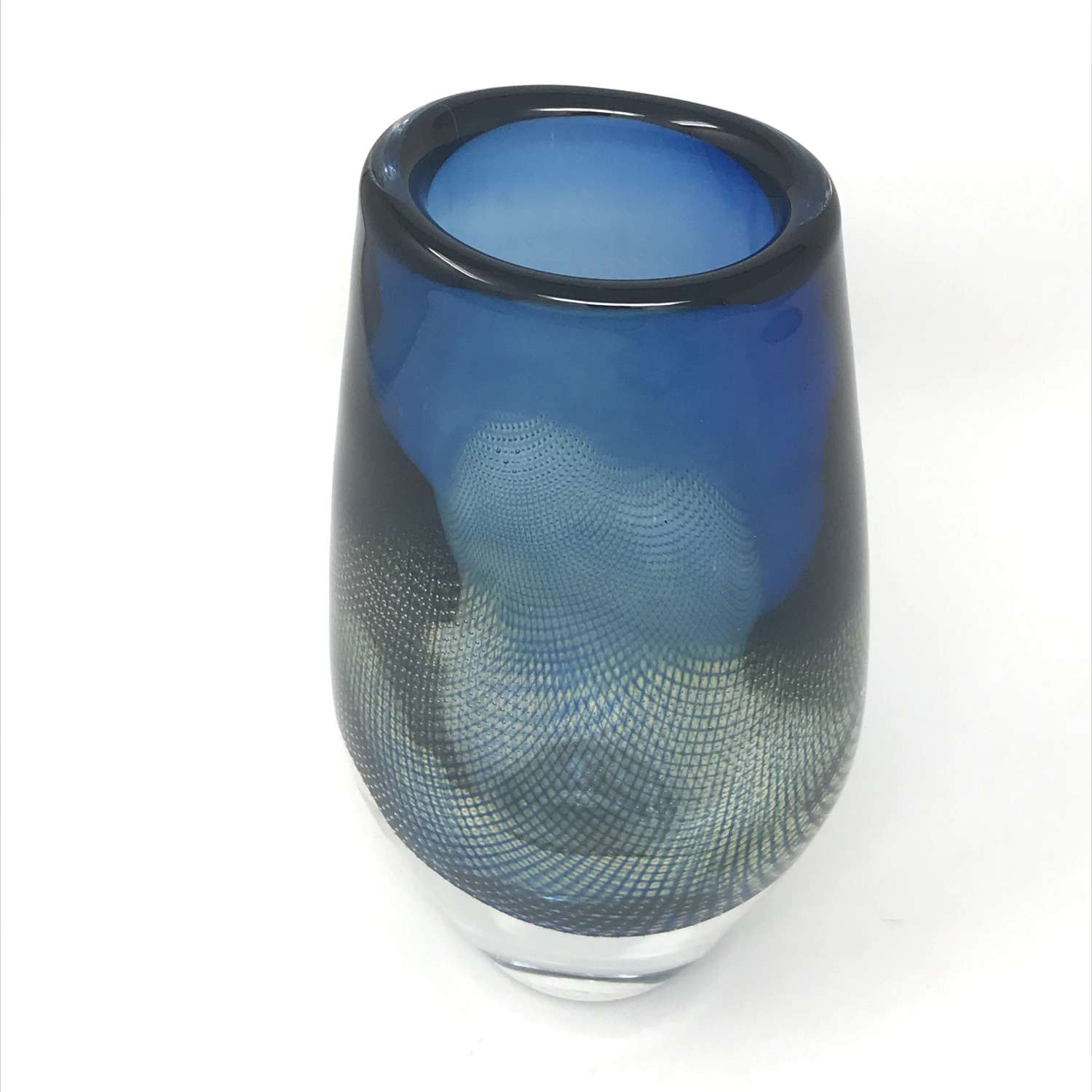