This fabulous modernist pendant has a subtle hammered finish. It was designed by Henning Koppel for Georg Jensen and bears the Jensen dotted oval hallmark and model number 121. The chain is hallmarked, though difficult to read.

The pendant and chain are in excellent used condition with only minor surface marks commensurate with age. 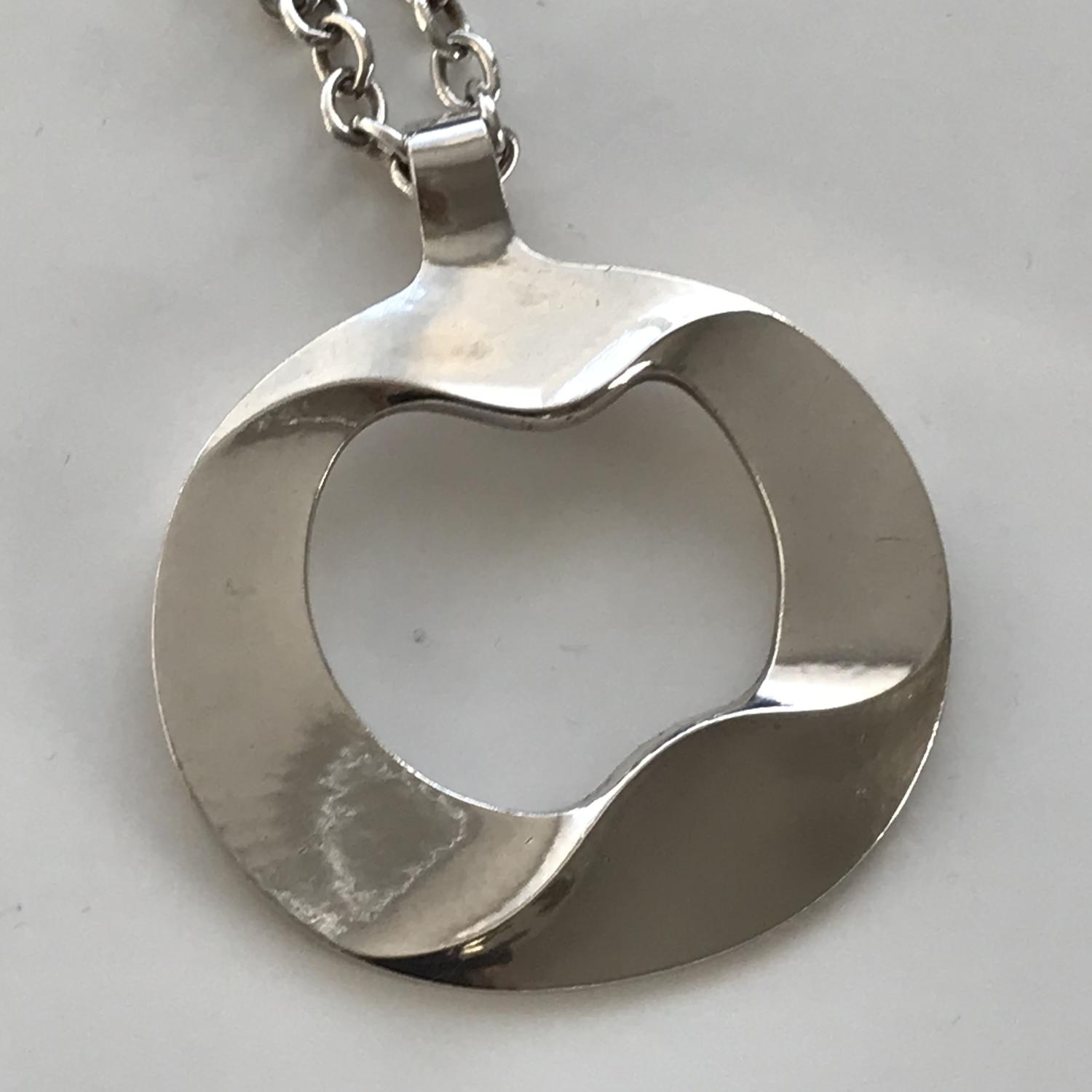 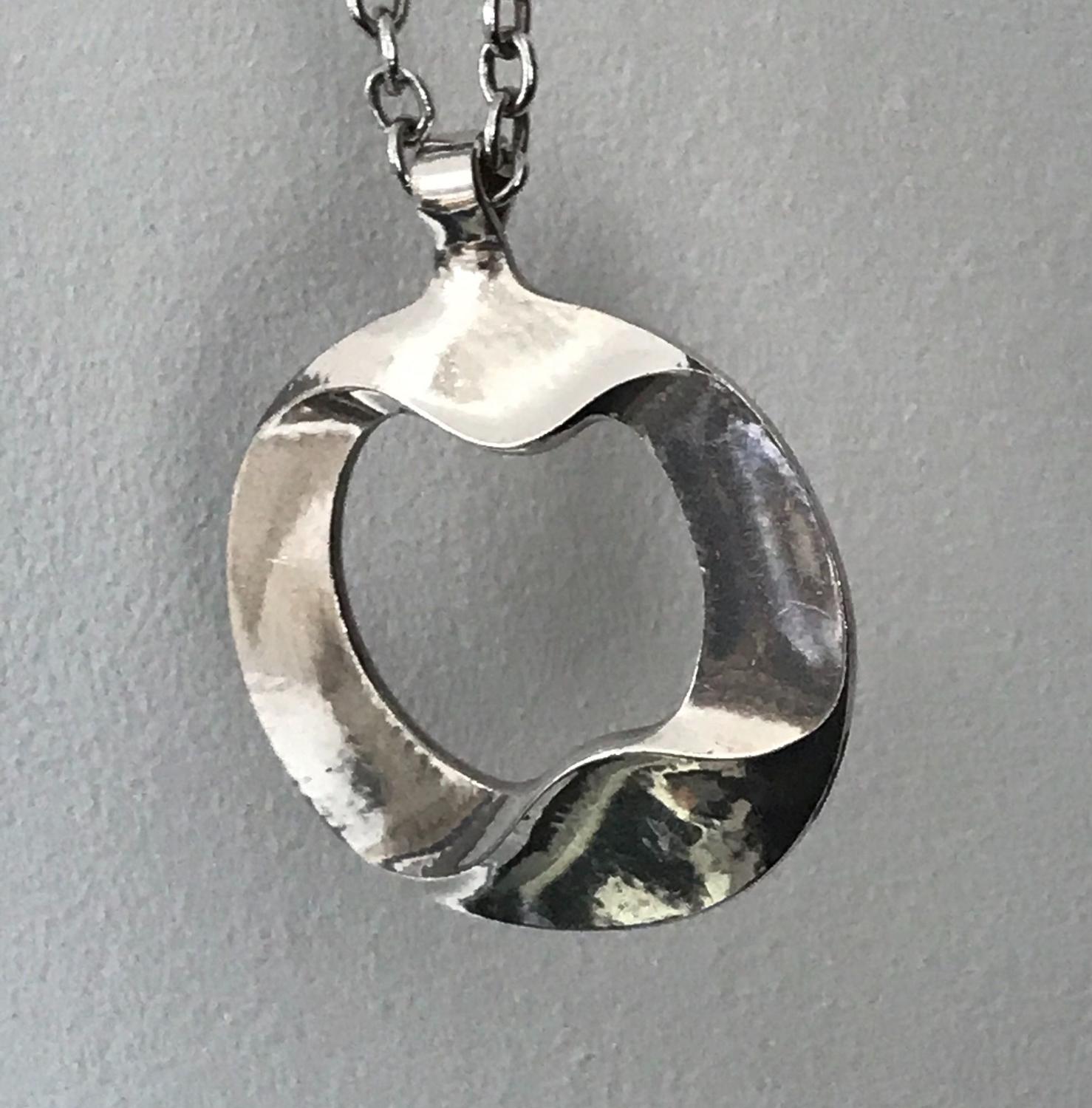 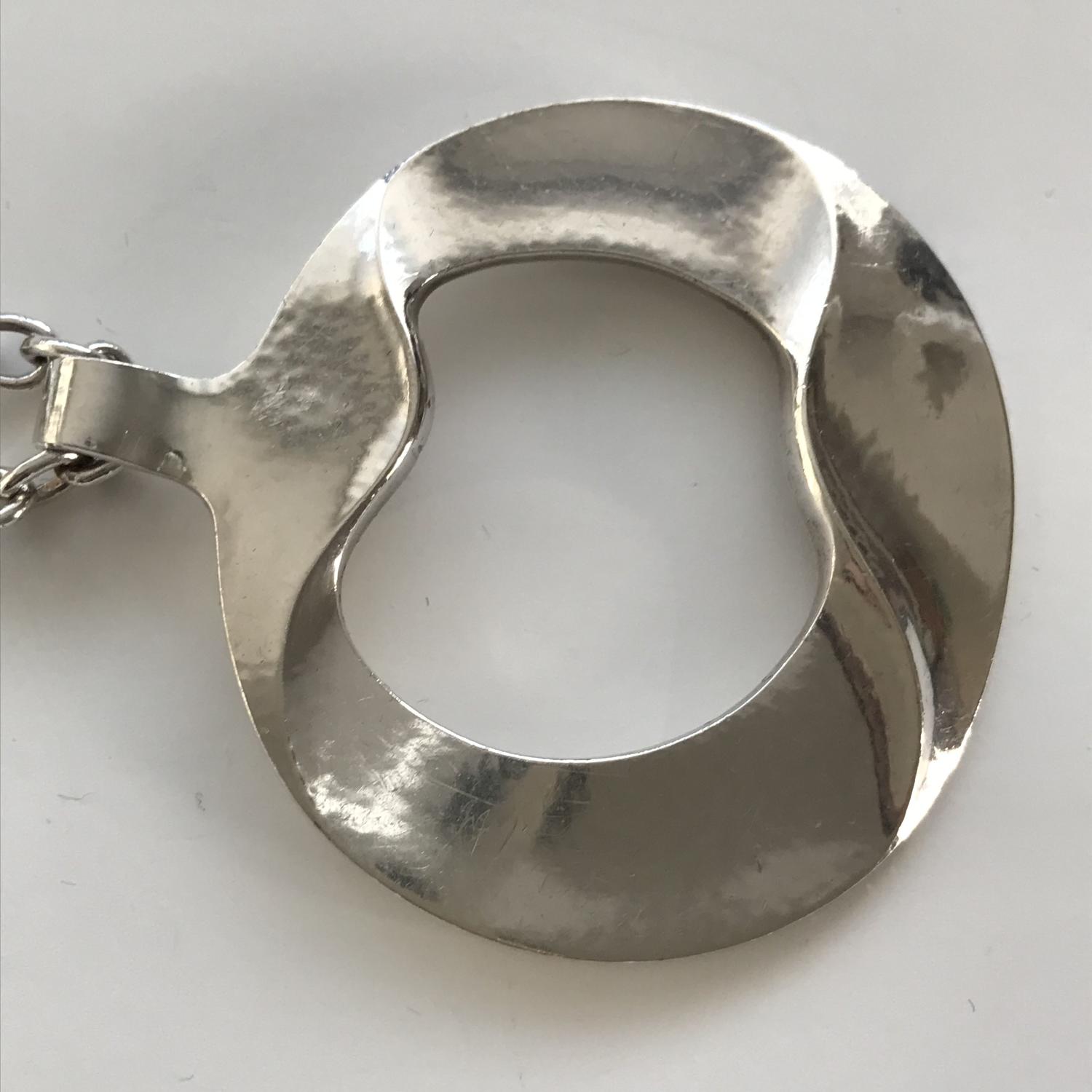 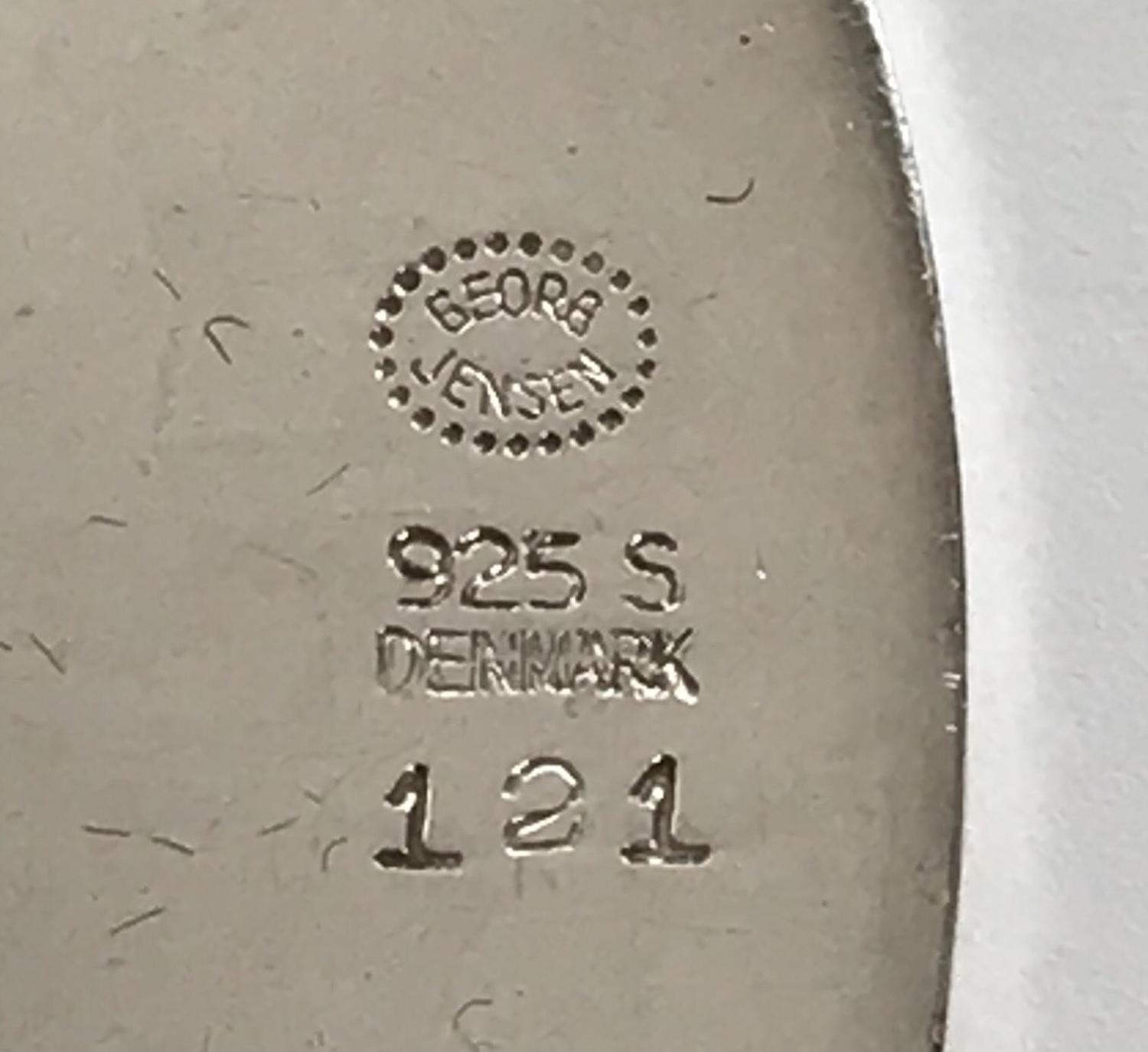 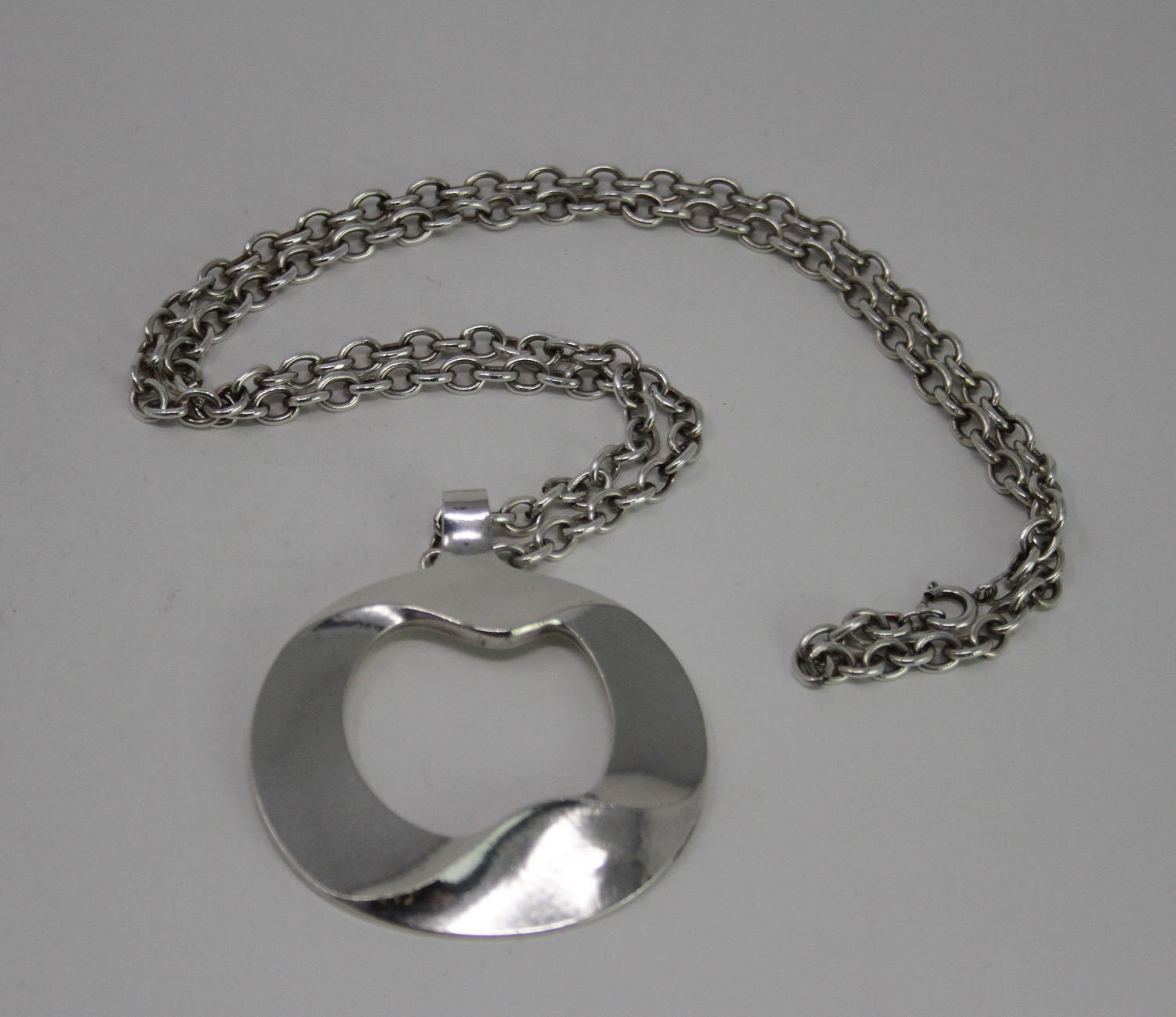 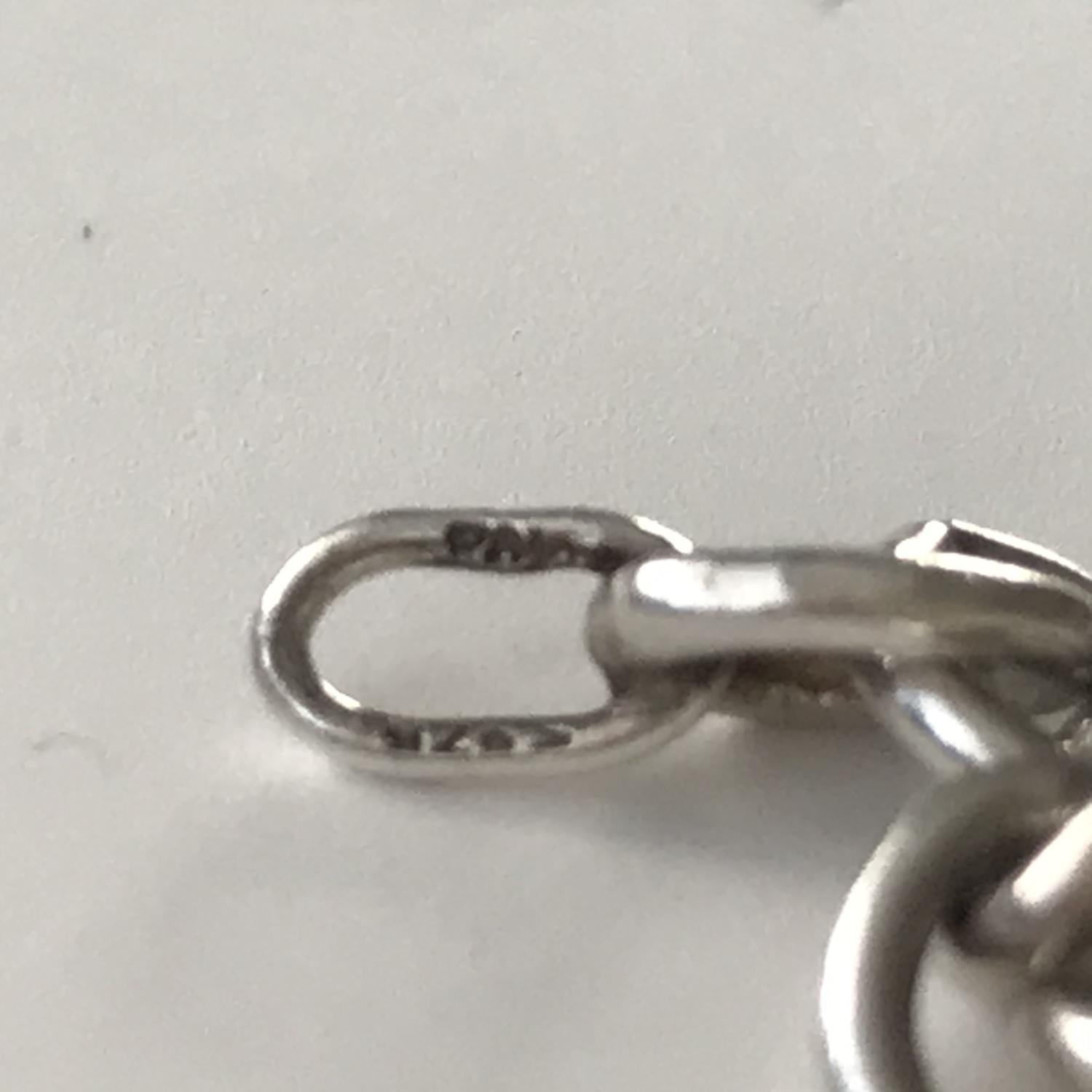