A beautiful blue jug by Jais Nielsen for Royal Copenhagen, Denmark. The jug has a raised design of two figures harvesting in a field. The vase is marked with the model number 21131. It is signed Jais and dates from 1962. 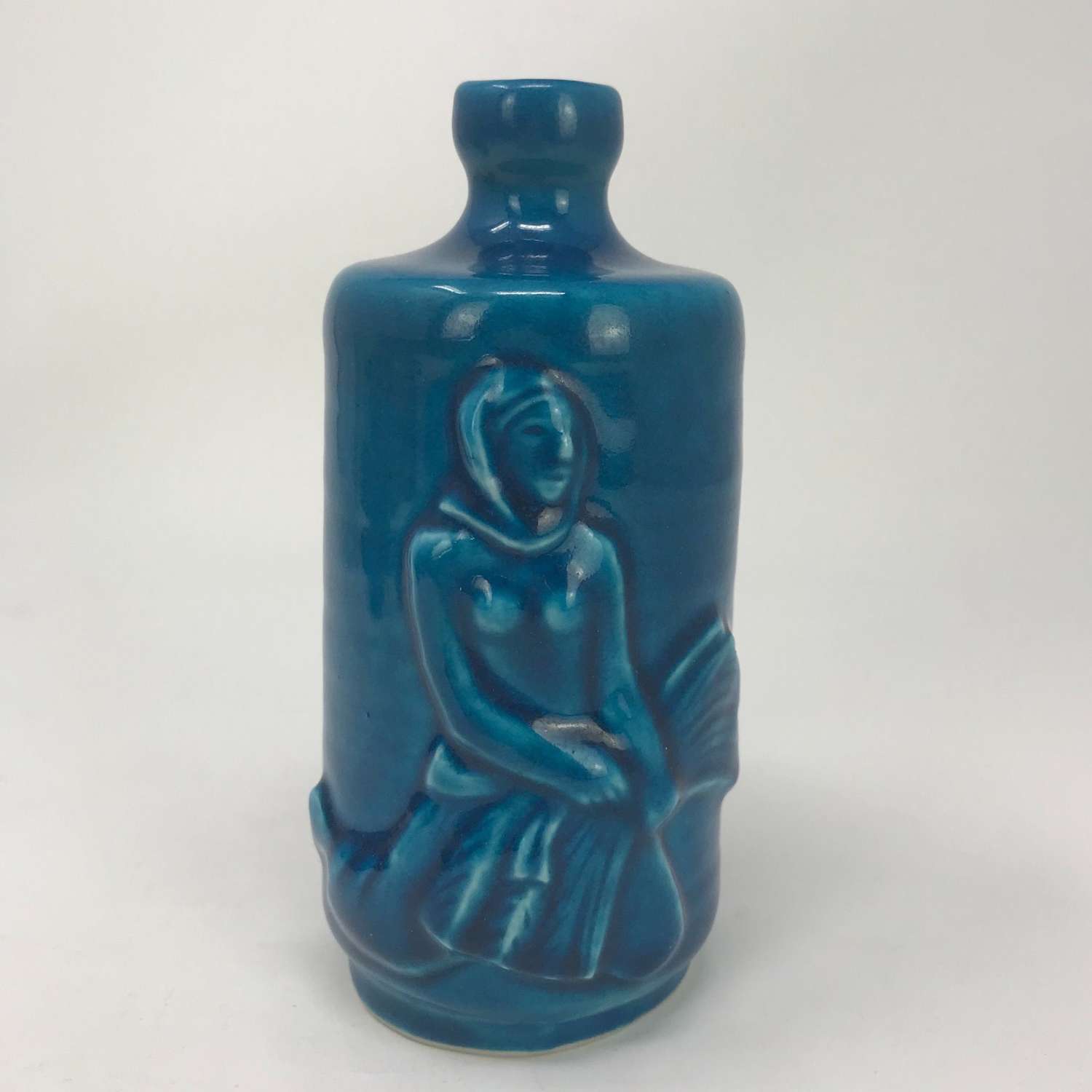 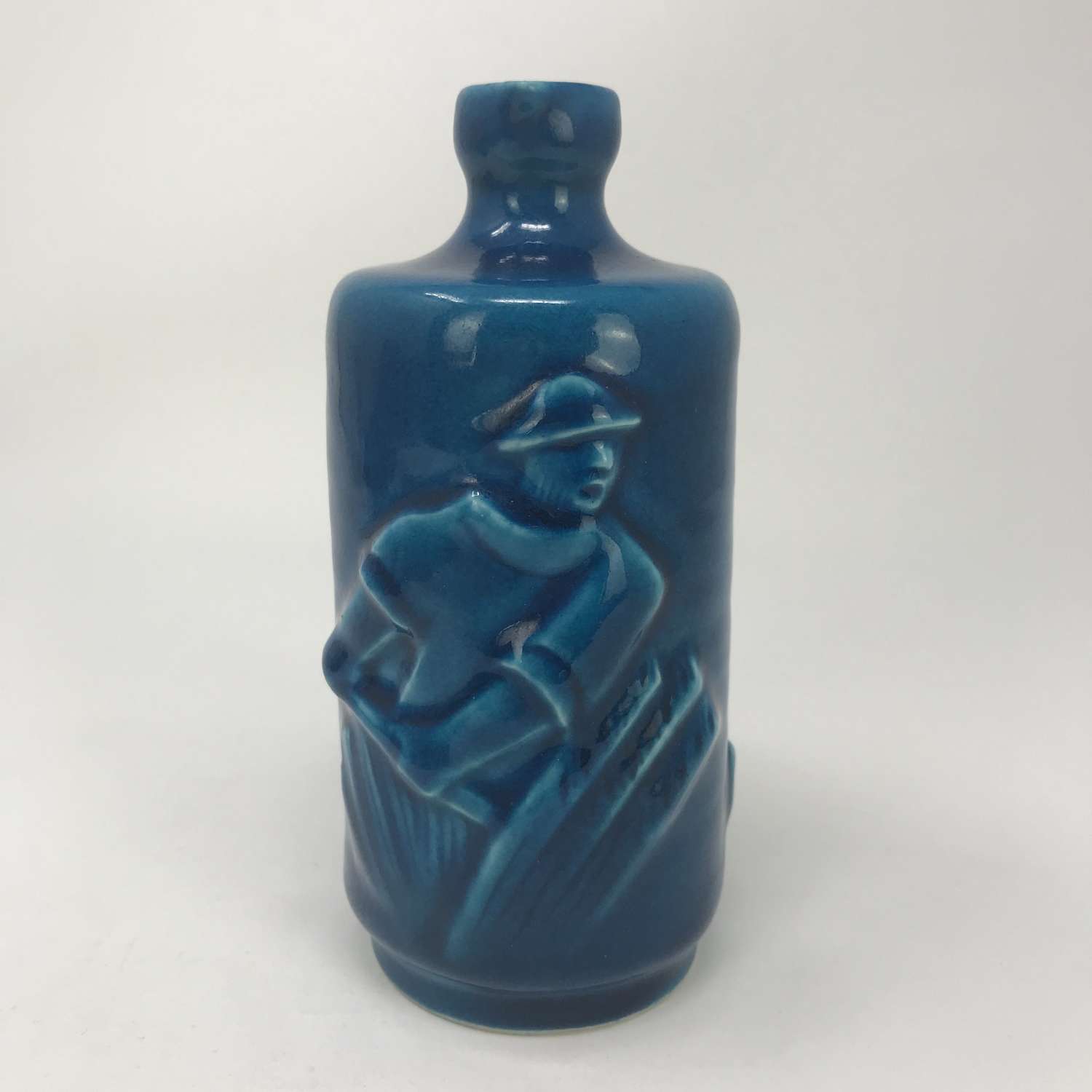 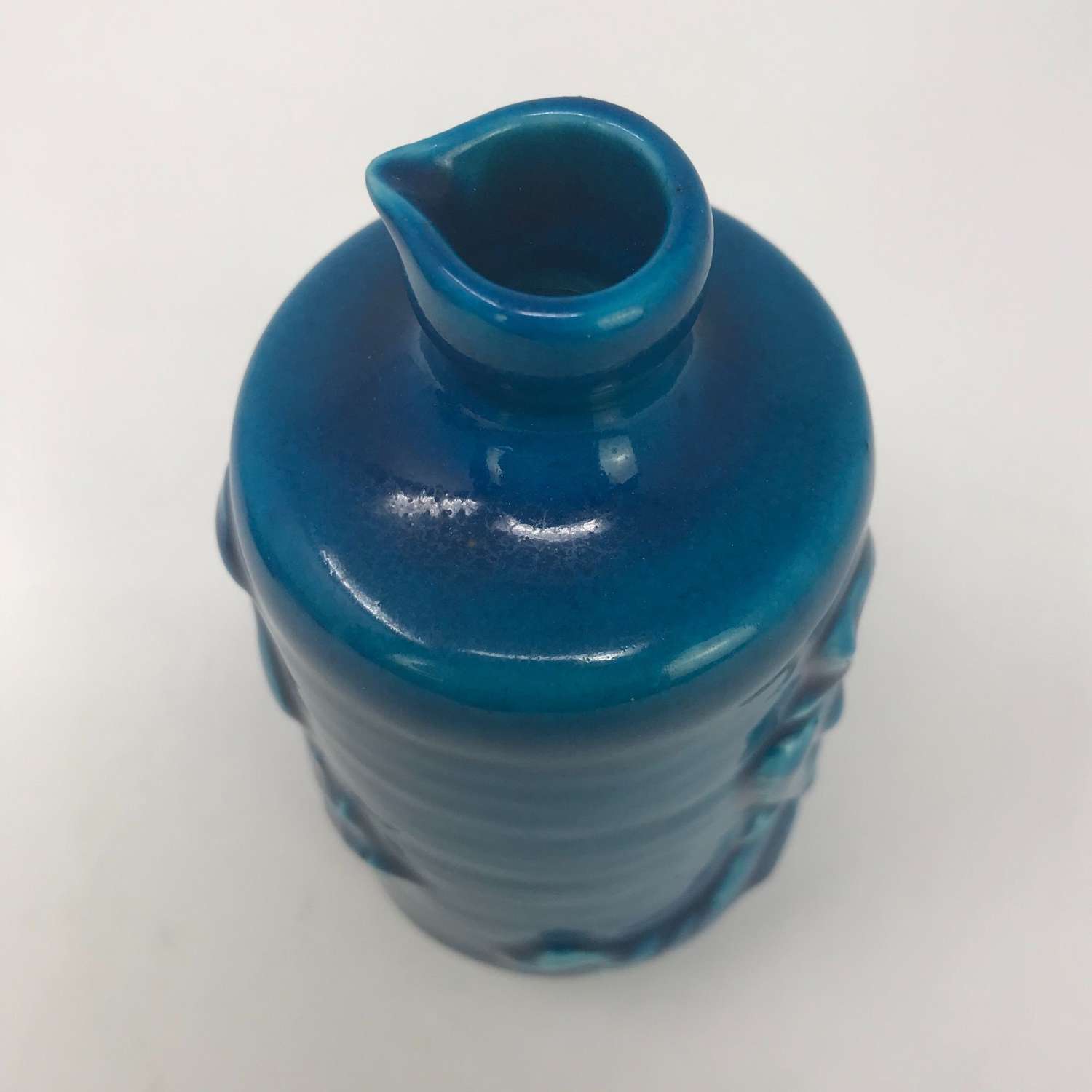 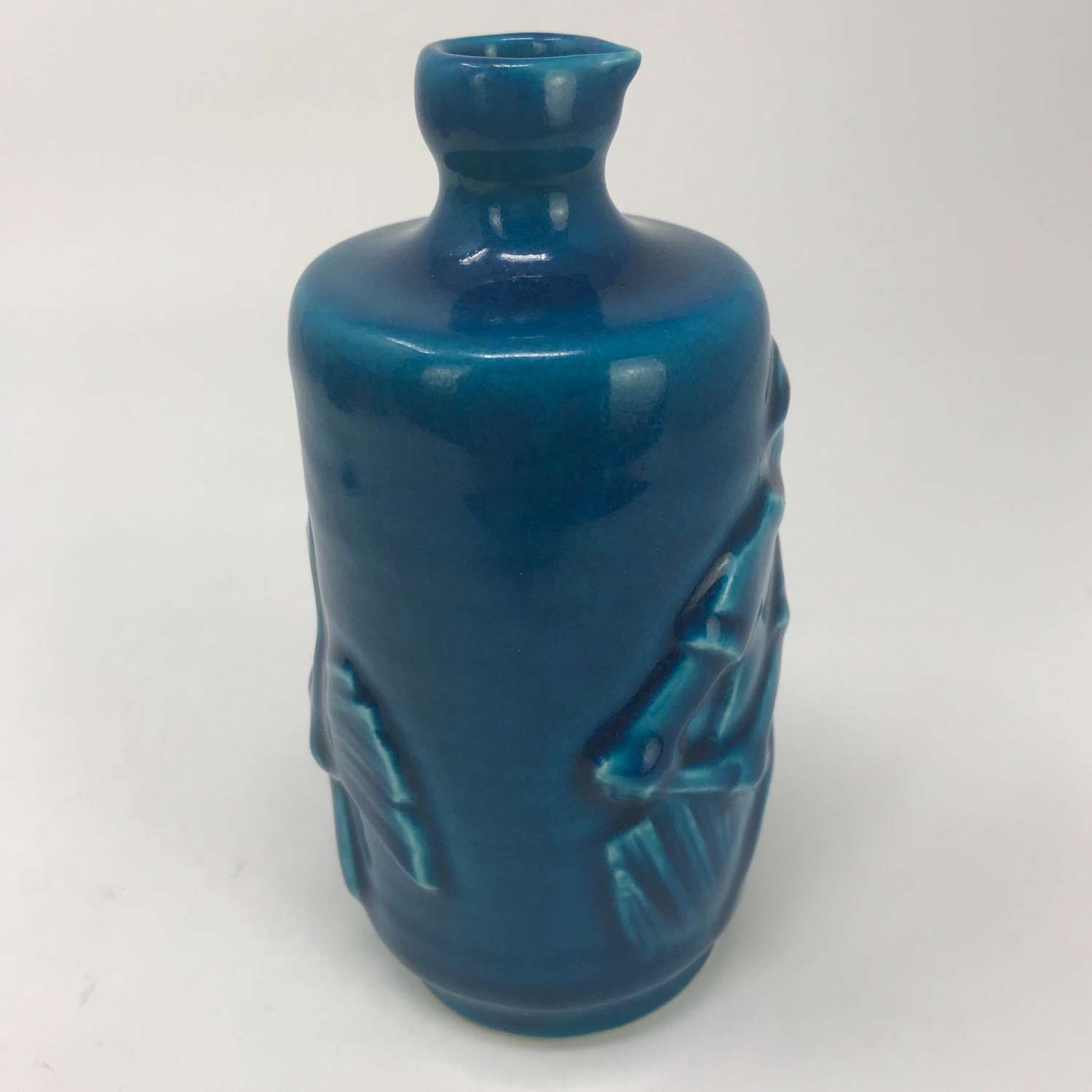 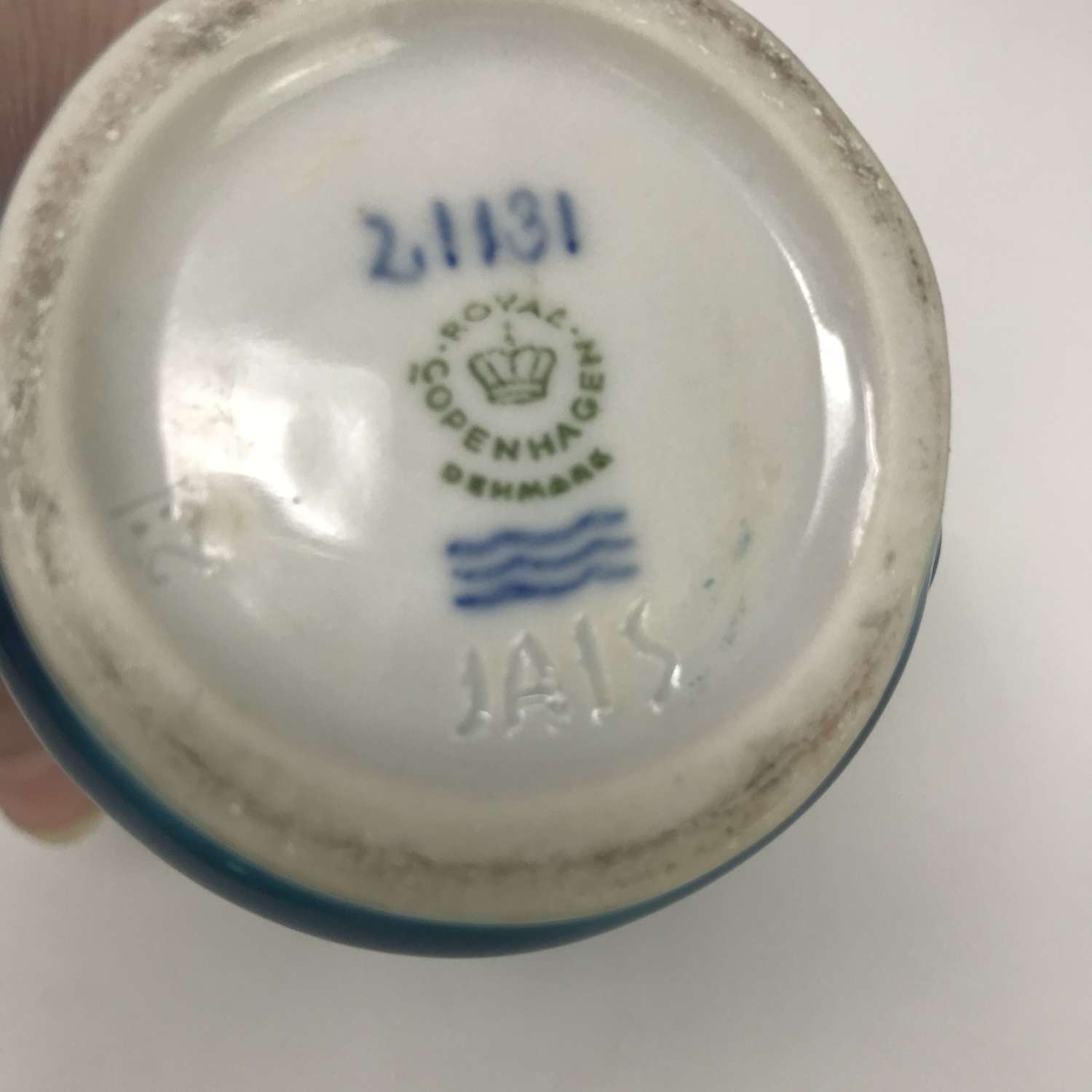