An unusual Vicke Lindstrand bowl with a yellow network pattern internal to the glass. Signed to the base with the square etched mark and numbered LH1045 from 1955. 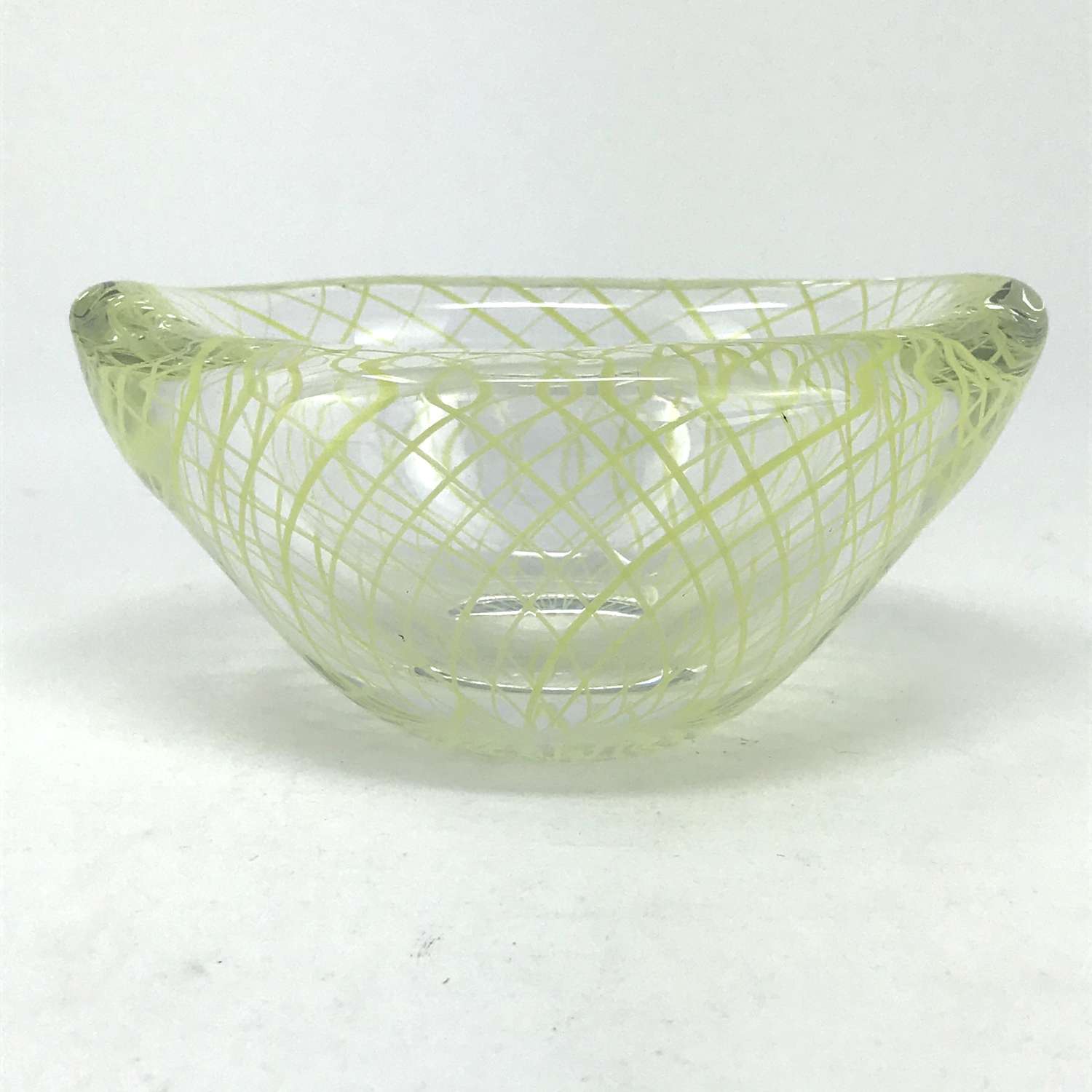 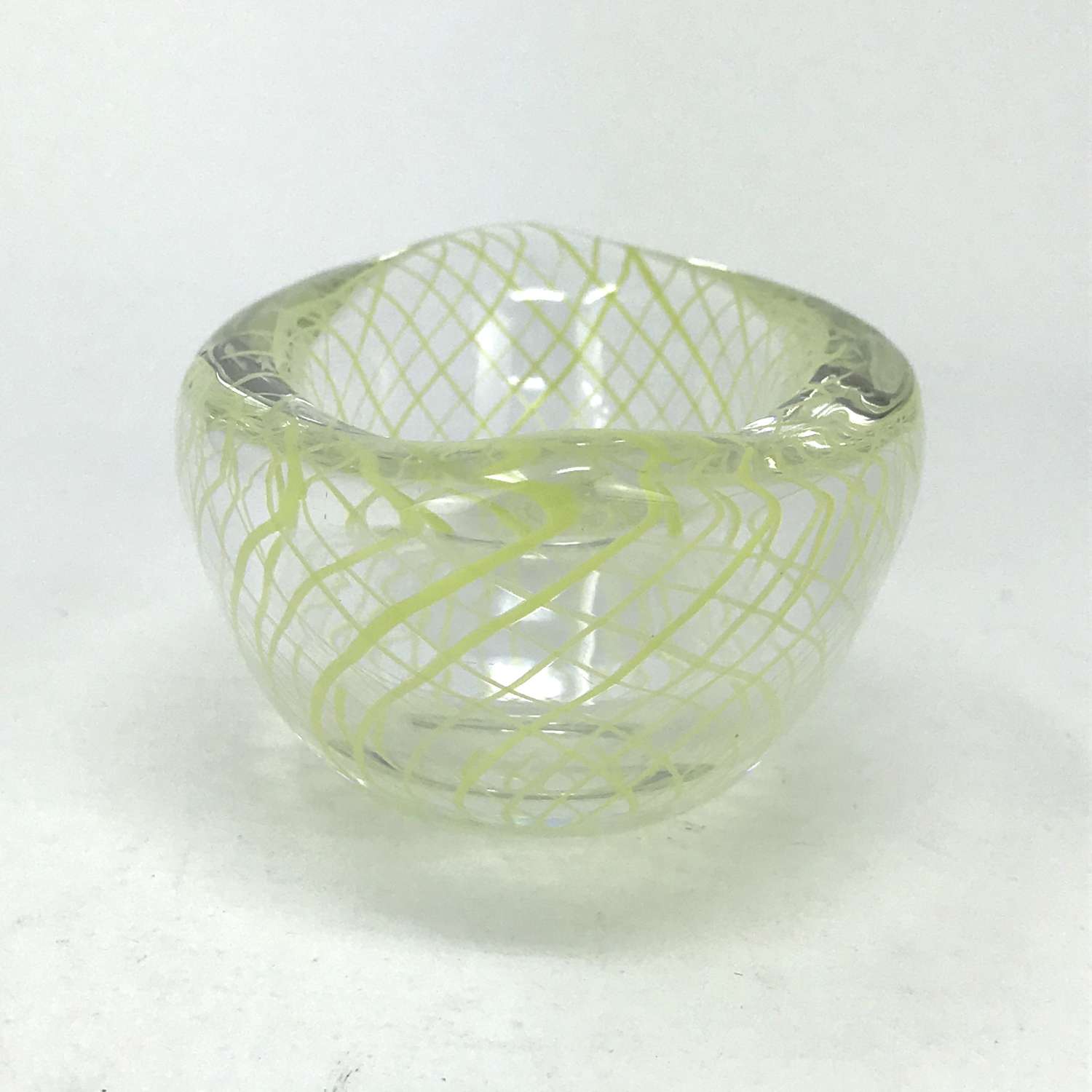 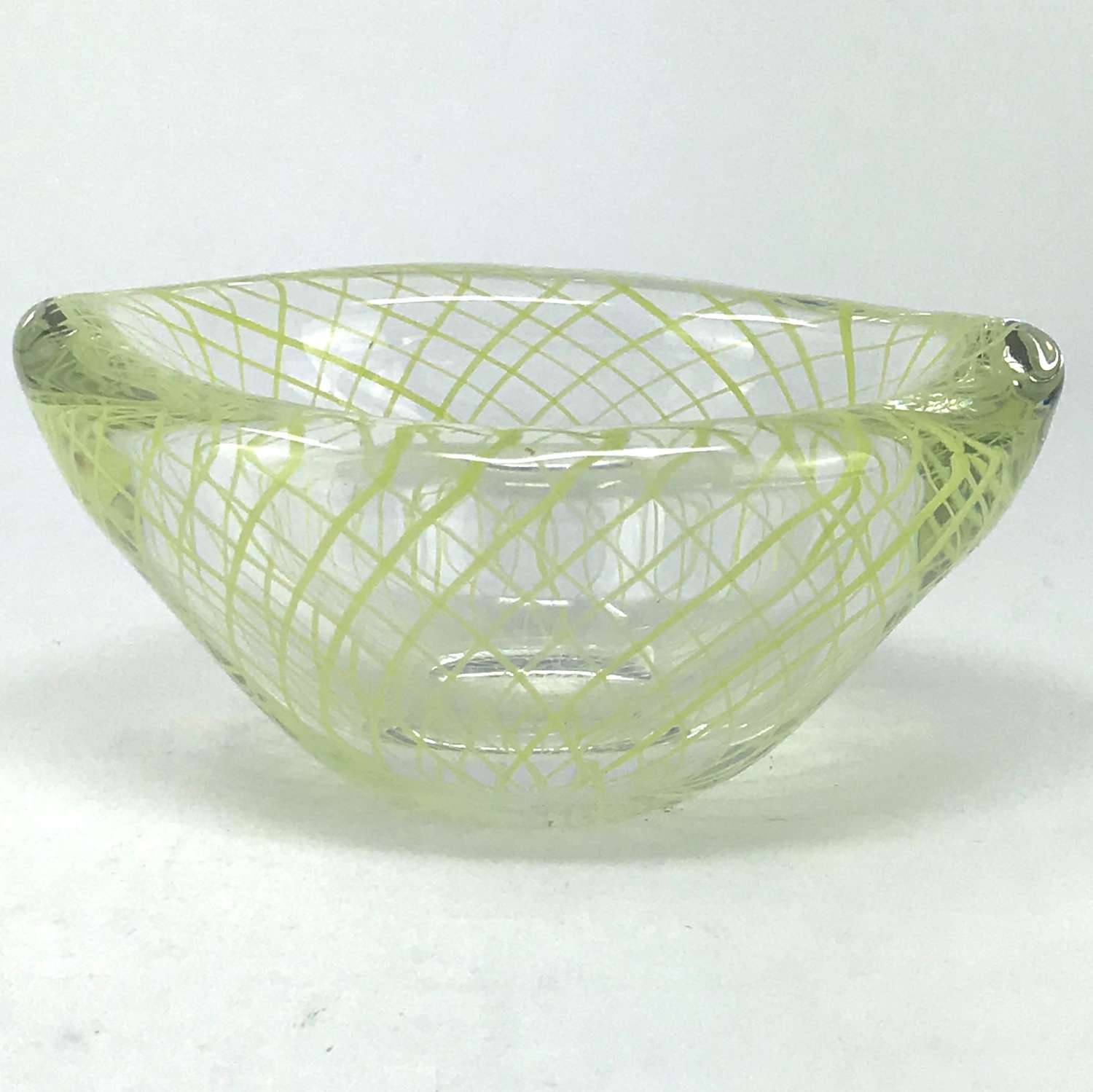 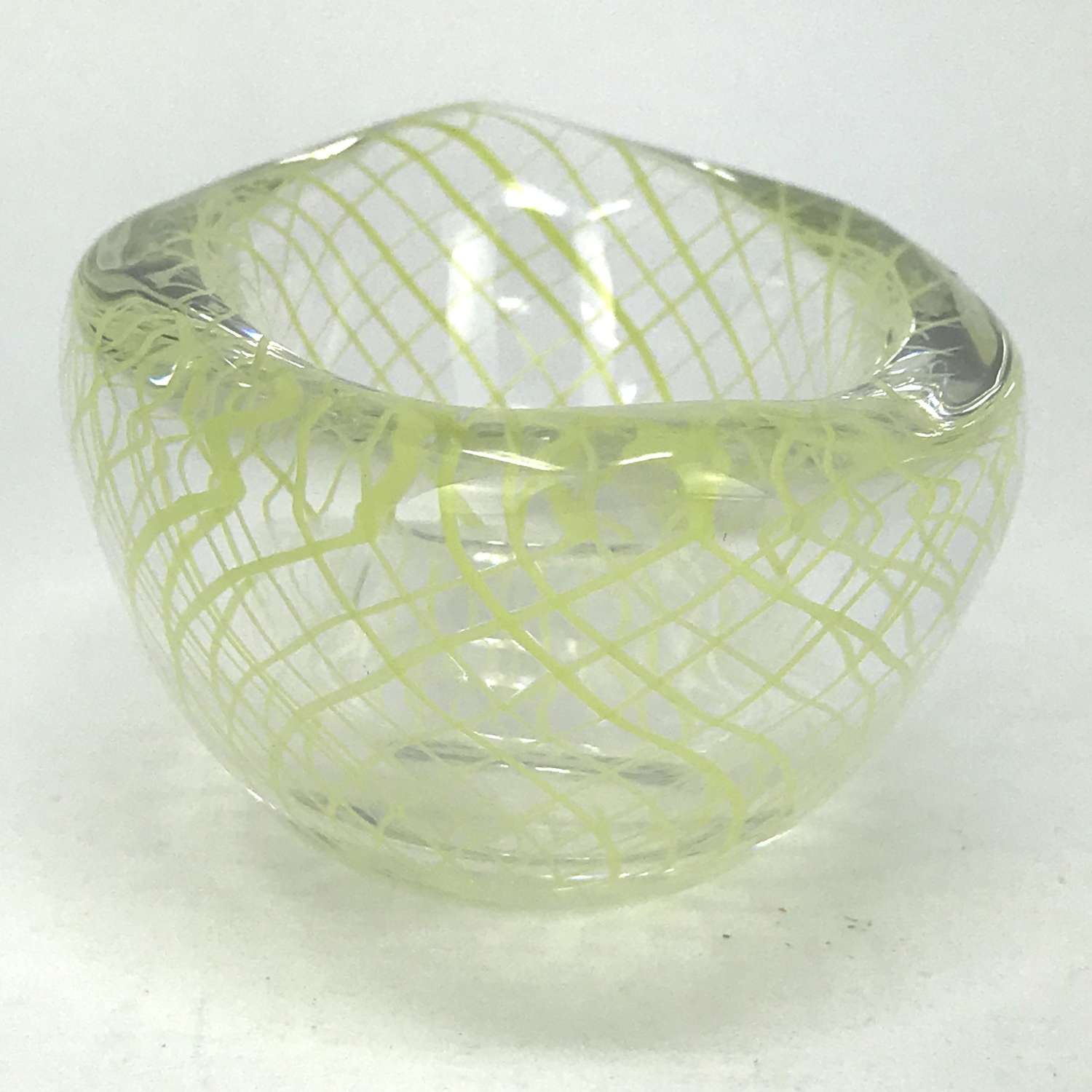 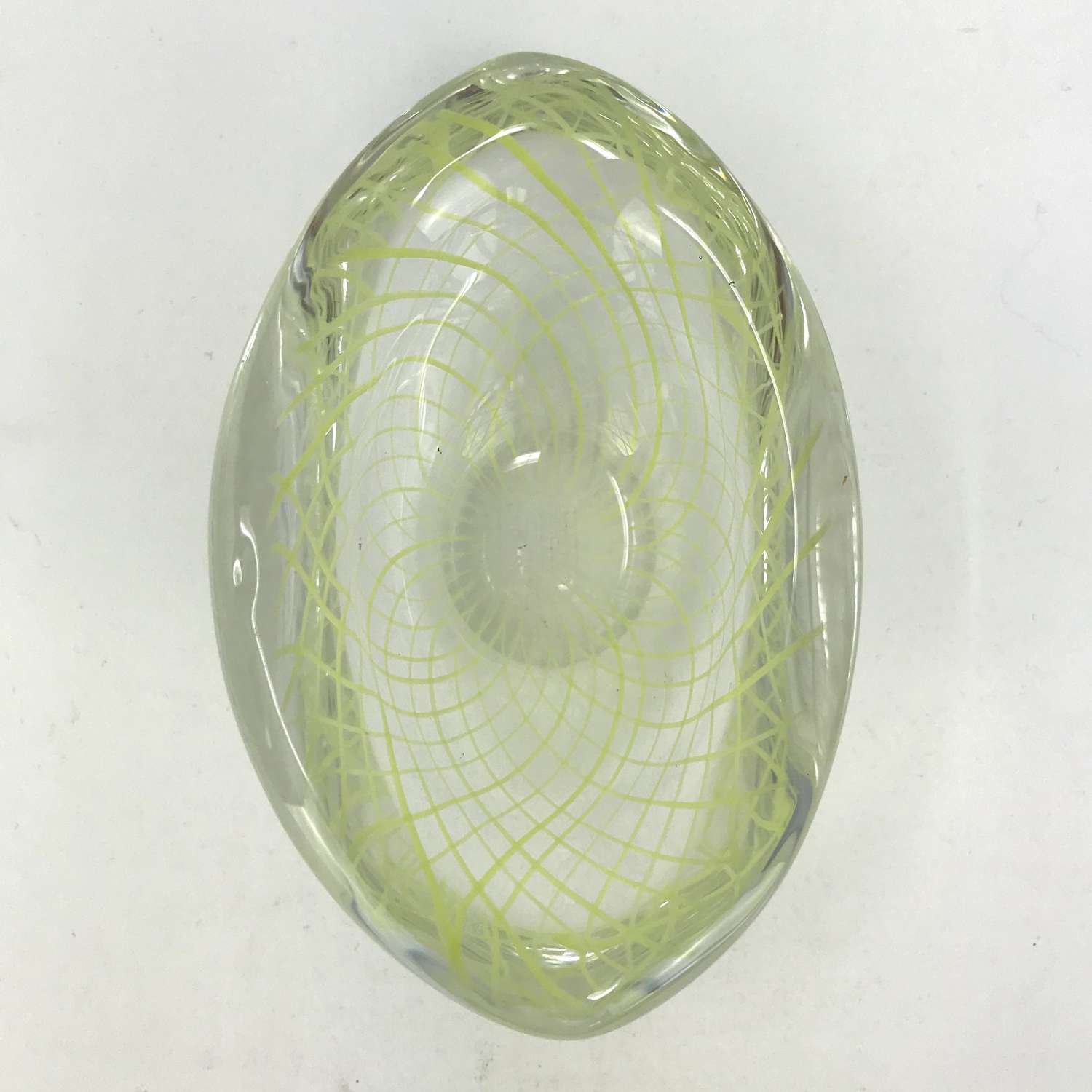 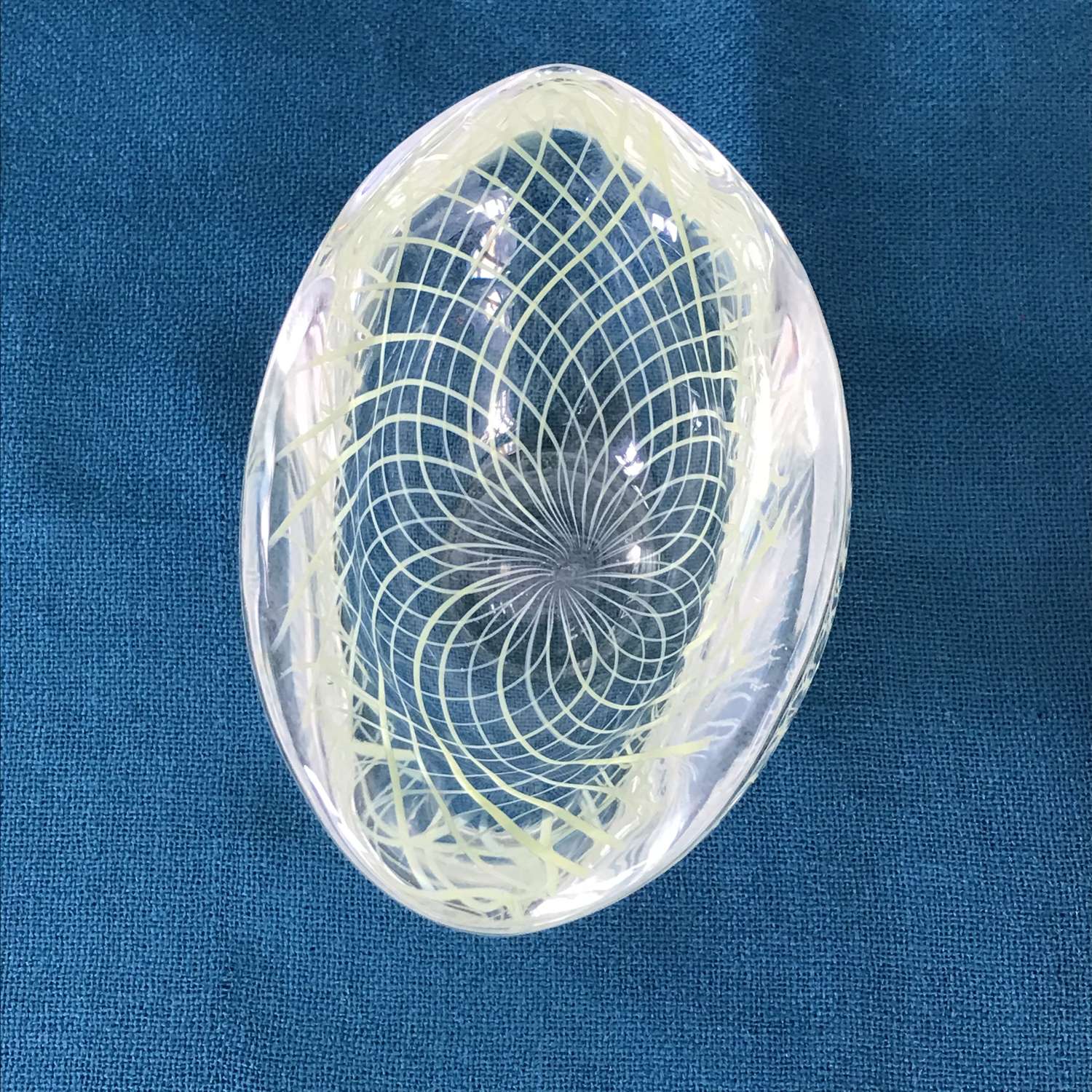 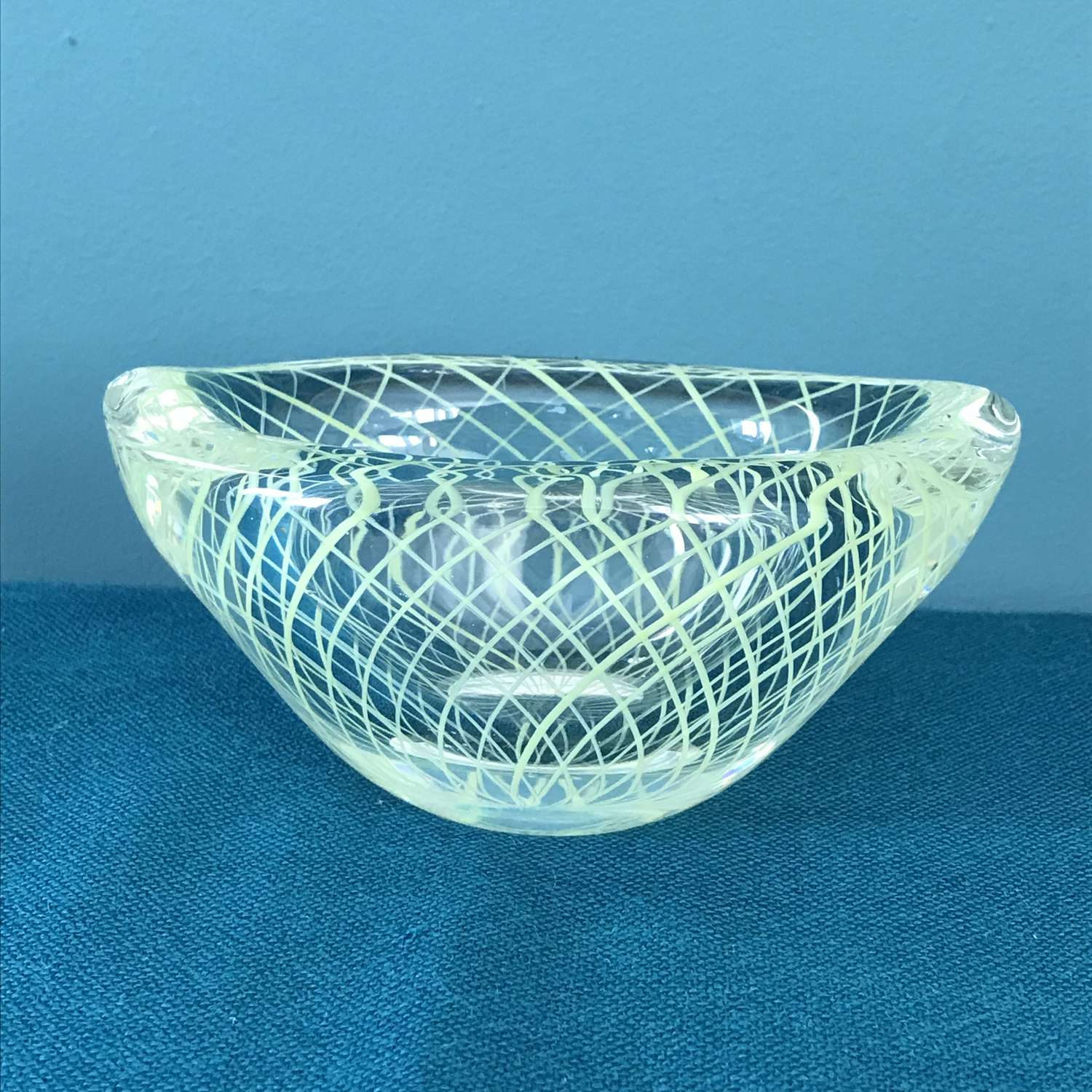 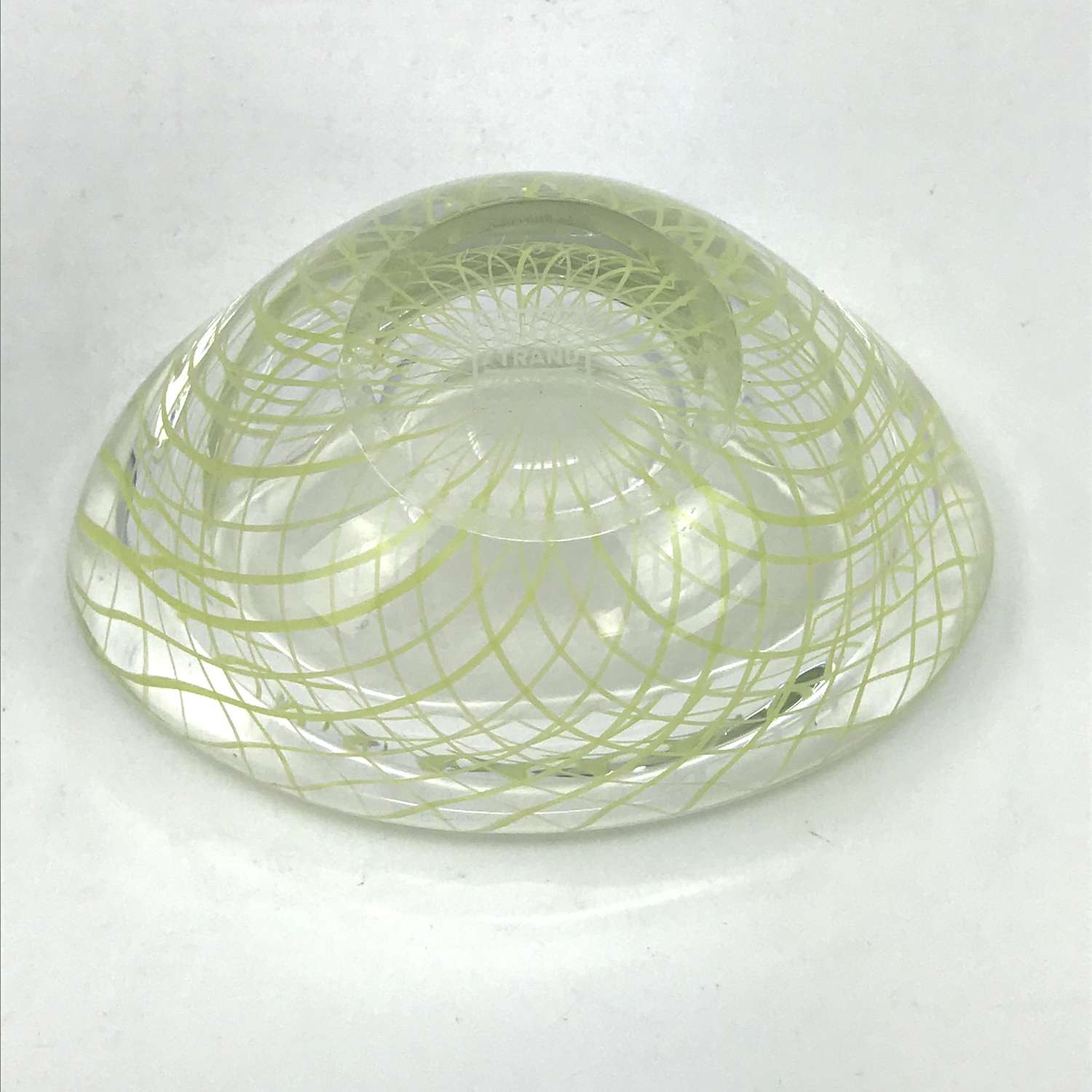 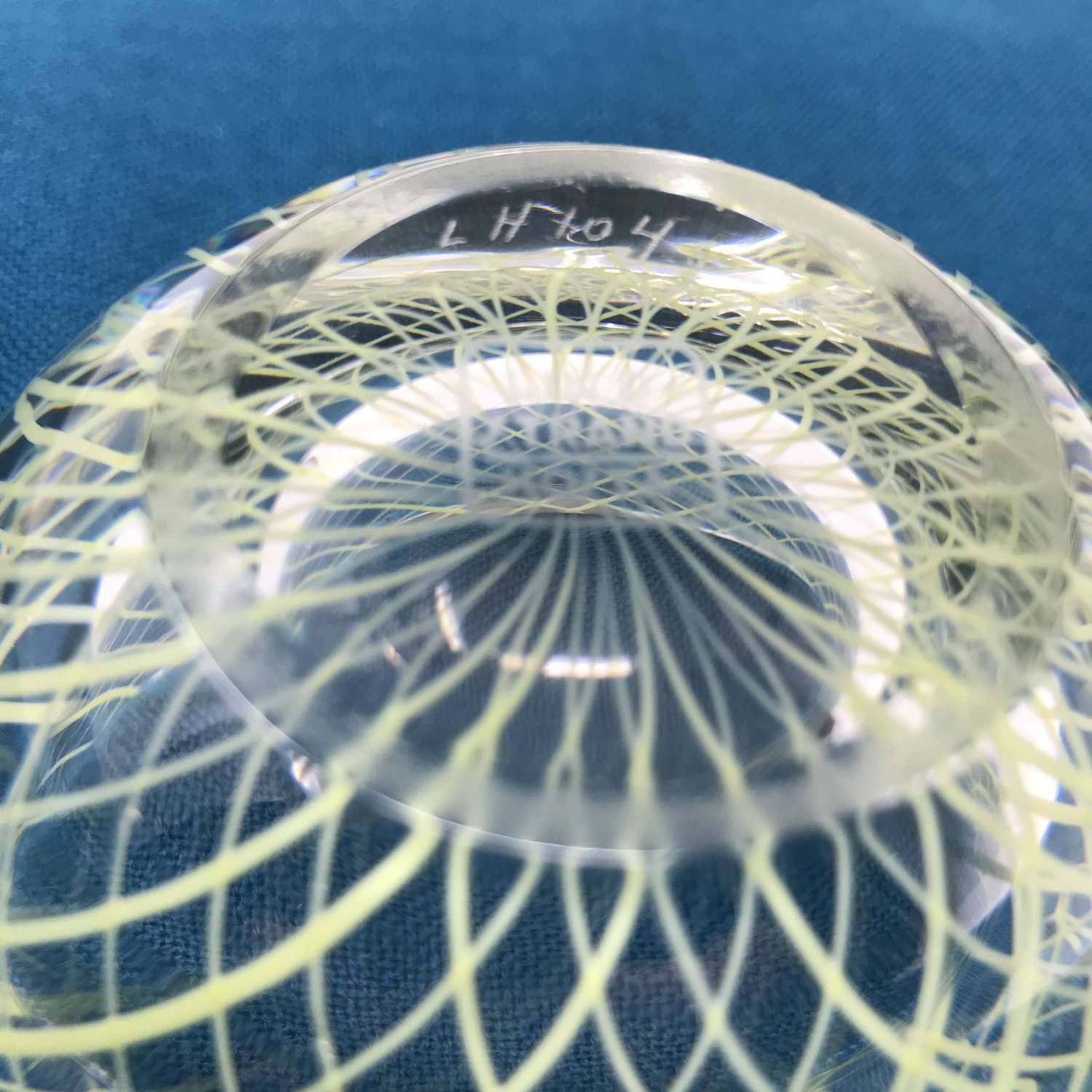