This heavy brooch takes the form of a stylised bird with its neck and head leaning backwards. It has a chiselled and striated texture which gives interesting reflections of light.

The brooch is in exccellent vintage condition and has the full set of Swedish control marks and the designer's name in script.

Rey Urban (1929-2015) was a leading Swedish silversmith and jewellery designer based in Stockholm who had his own company called Siversmeden Rey Urban. His work has been widely exhibited and has an international following. 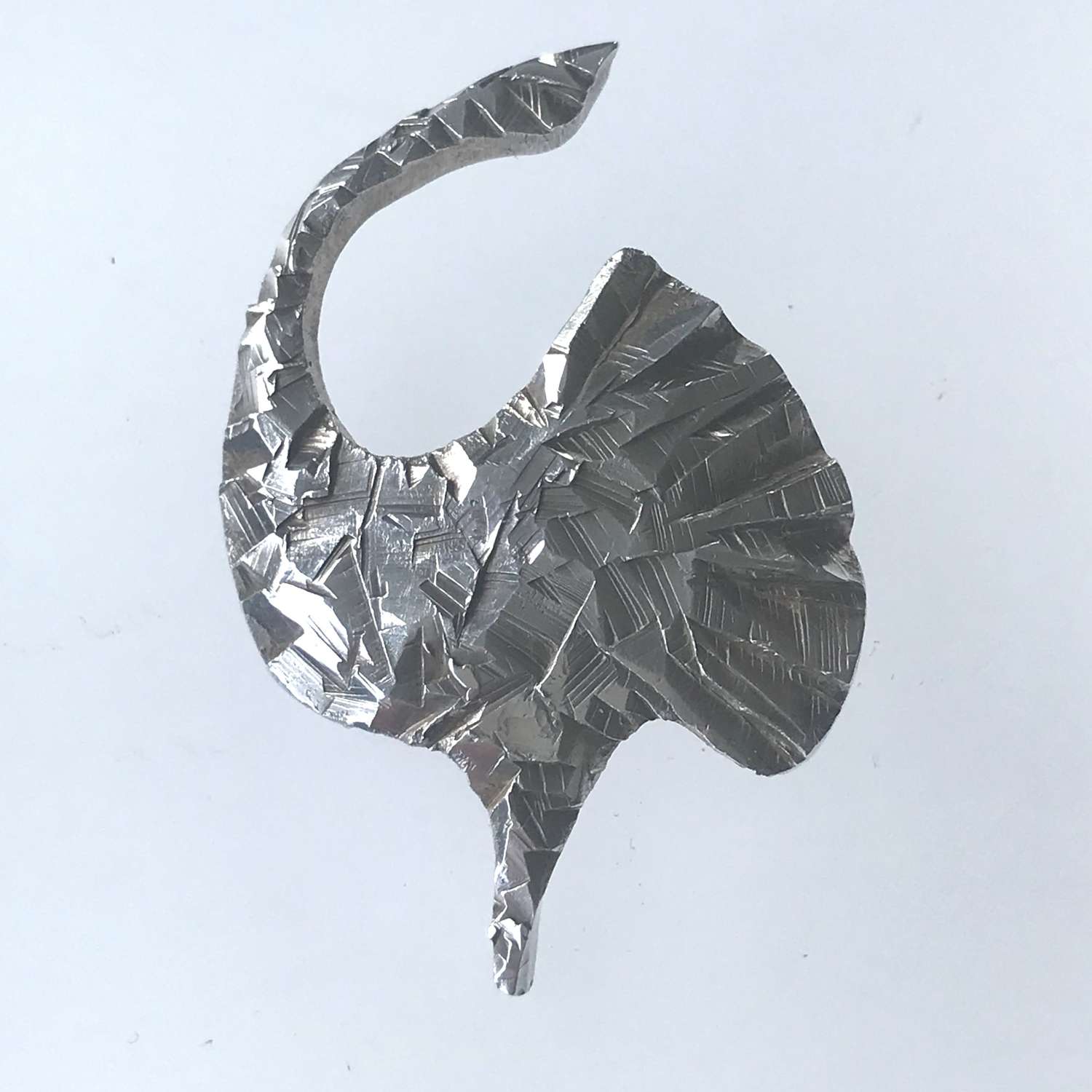 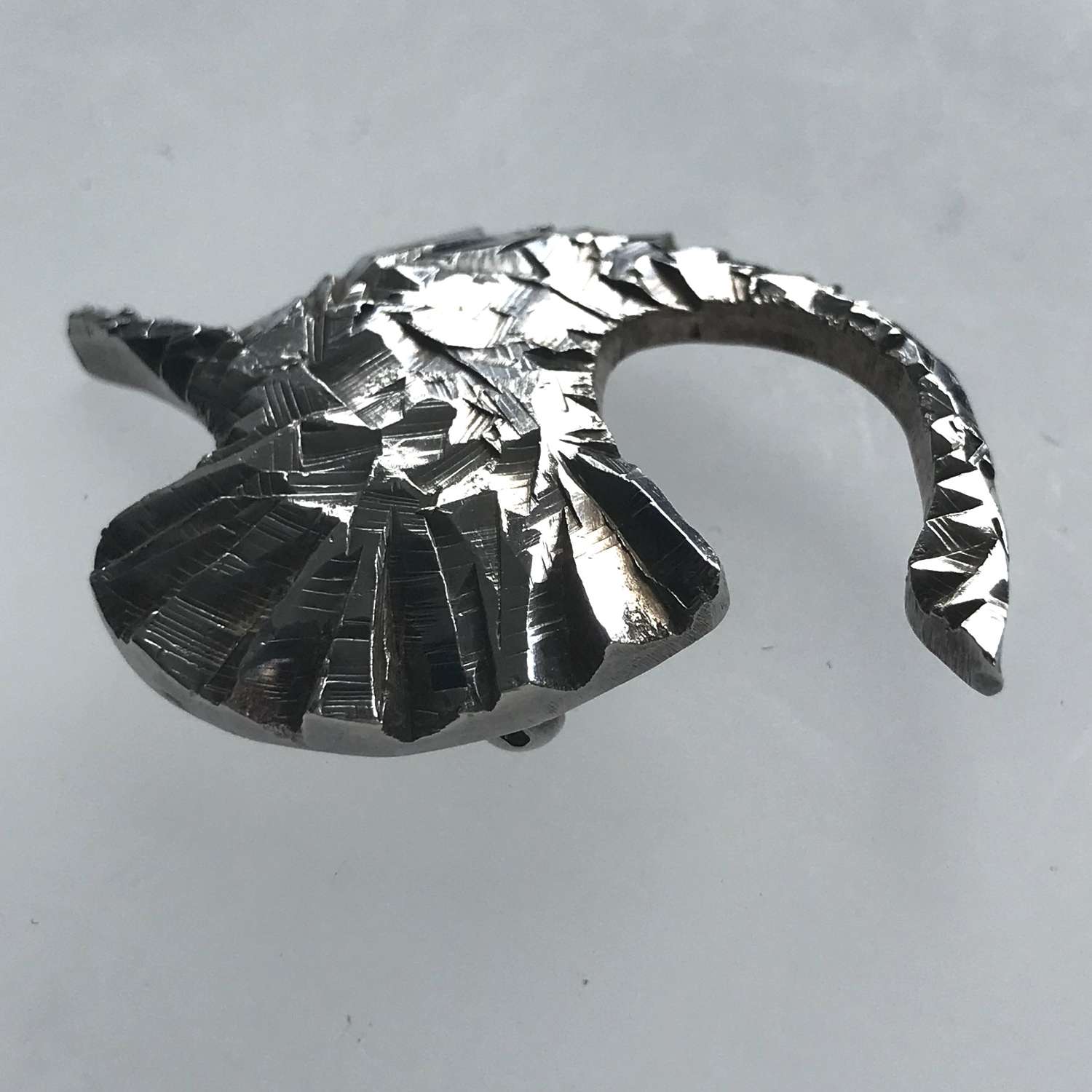 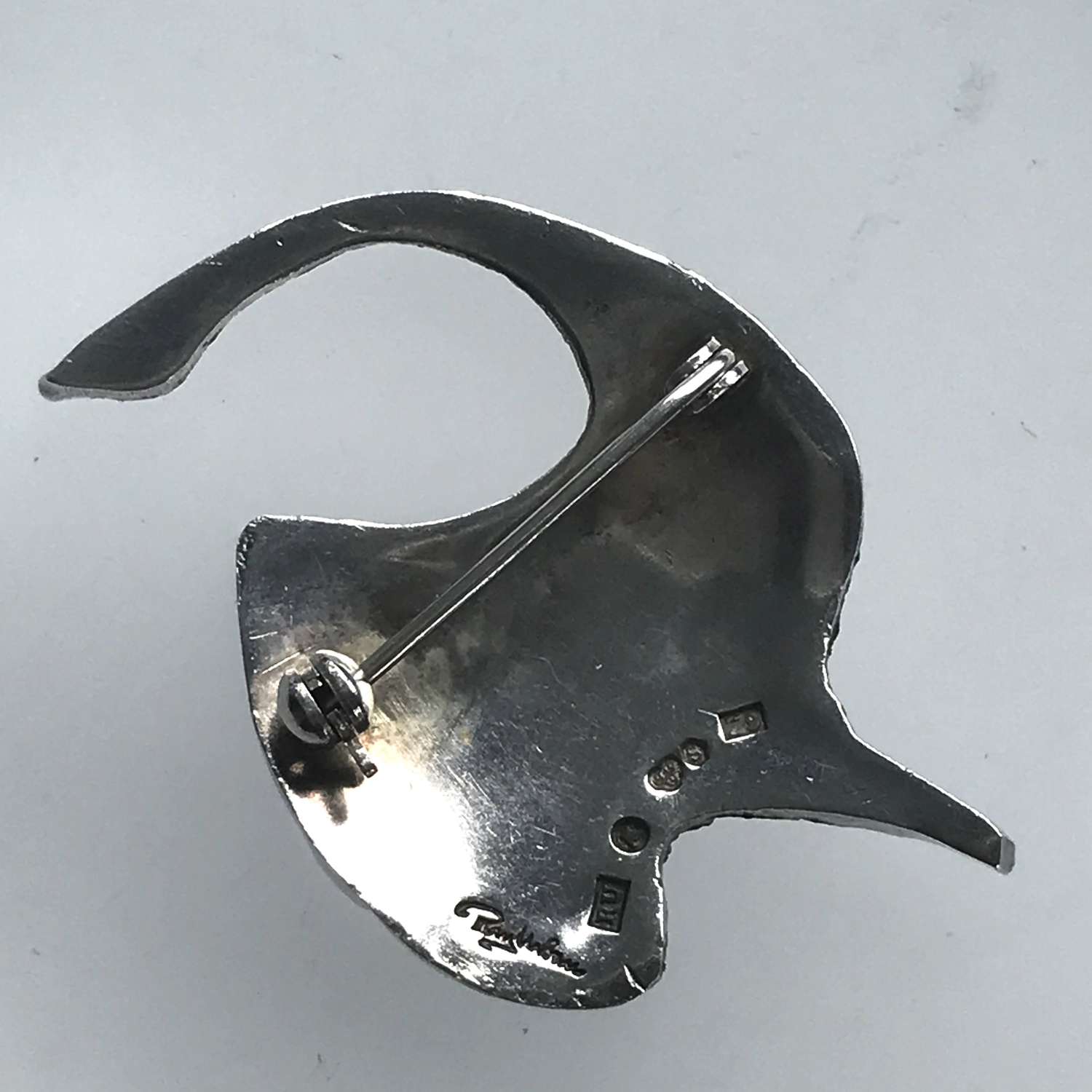 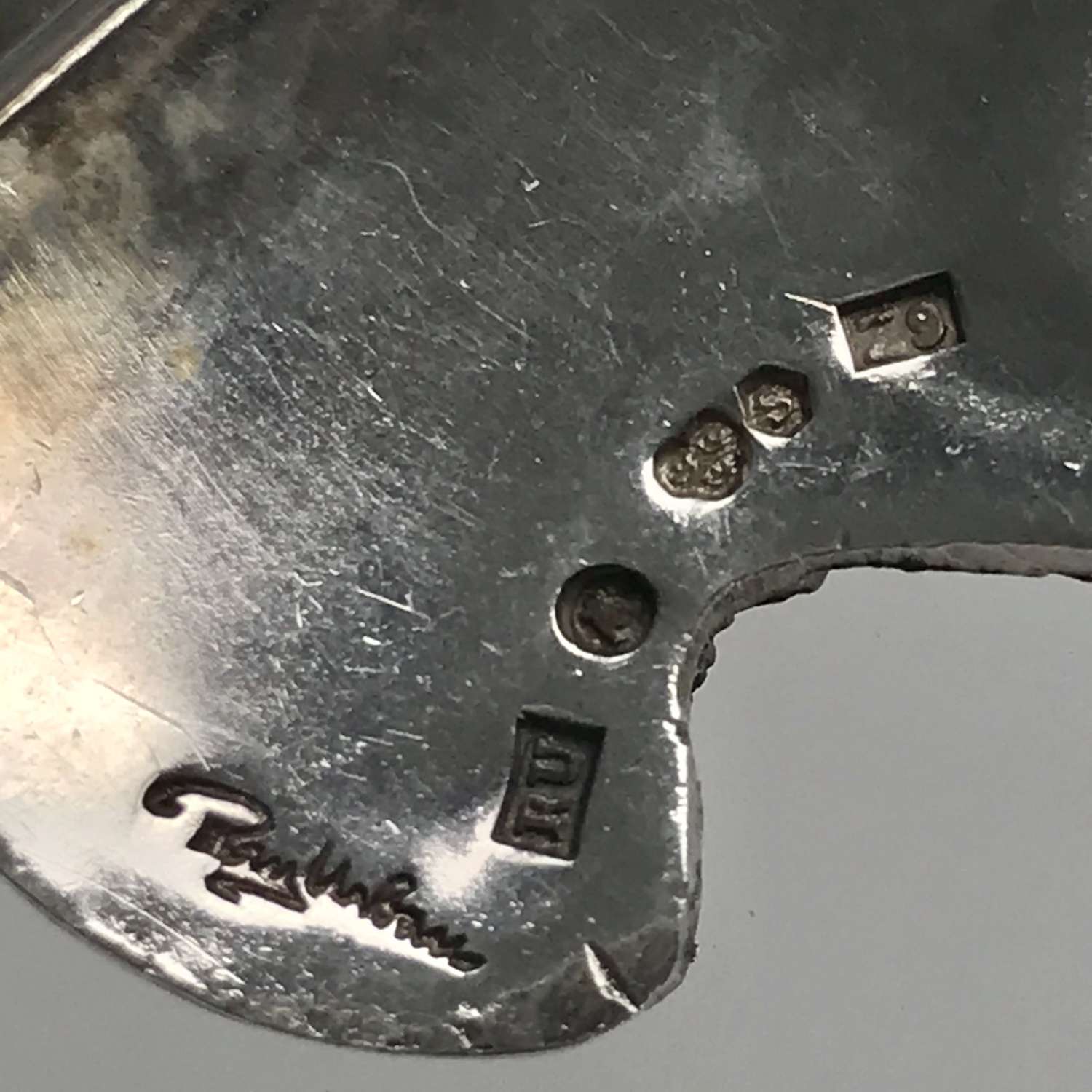