Bertil Vallien iron and glass chandelier for Boda Smide Sweden, 1960s. Five hearts in glass suspend from the metal work. The chandelier comprises a metal candelabra 50cm that is suspended from a chain 50cm. The candelabra hangs 1 metre in total and holds 2 candles. Candles not included.

Bertil Vallien (1938 -) is one of the greatest living glass designers from Sweden. Best known for his sandcast glass sculptures, he designed a full range of items from tablewares to art glass to one-off commissions. Highly expressionist in style with often coded meanings, his work epitomises the postmodern stylisic playfulness that came to prominence in the latter decades of the Twentieth Century. He has exhibited his work worldwide. 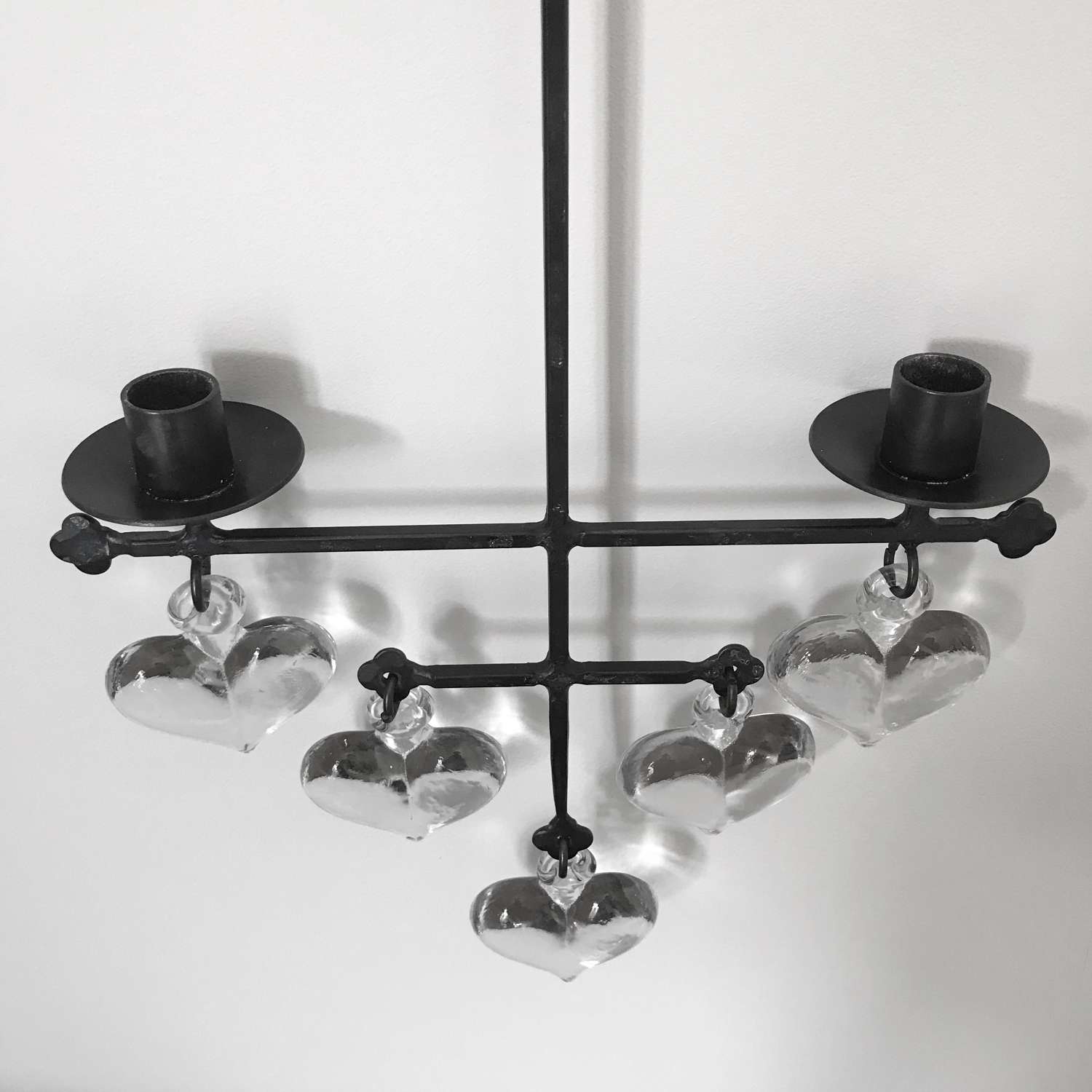 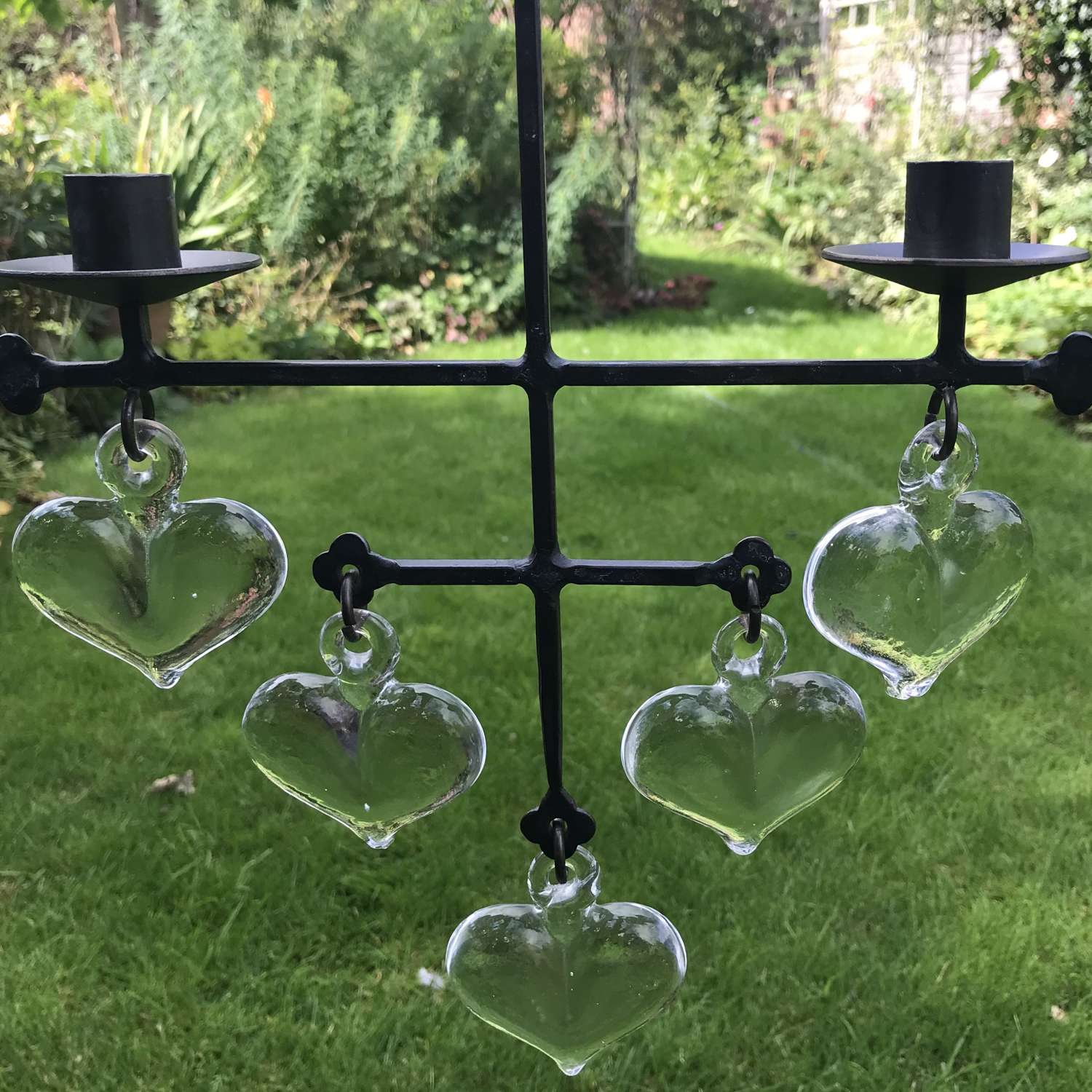 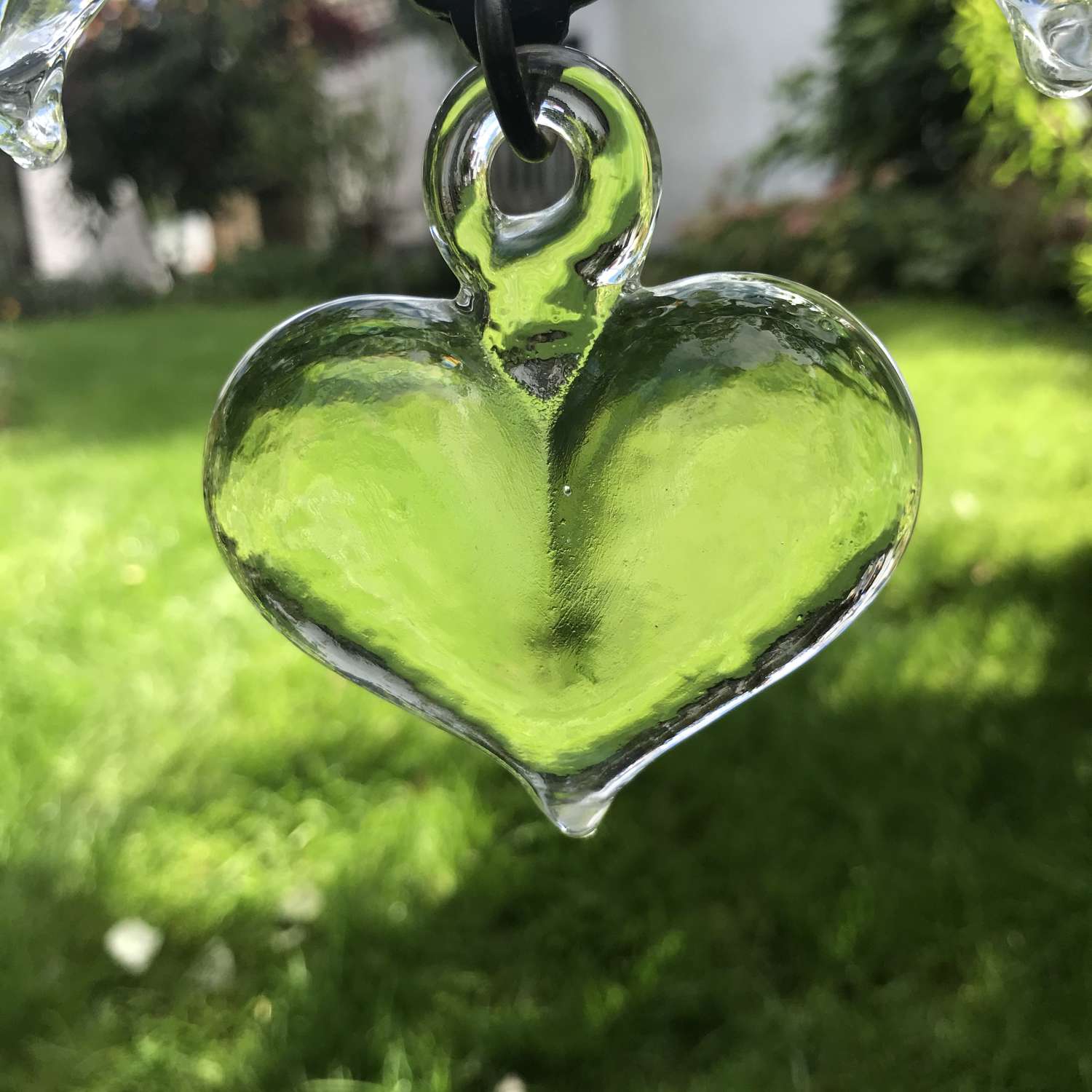 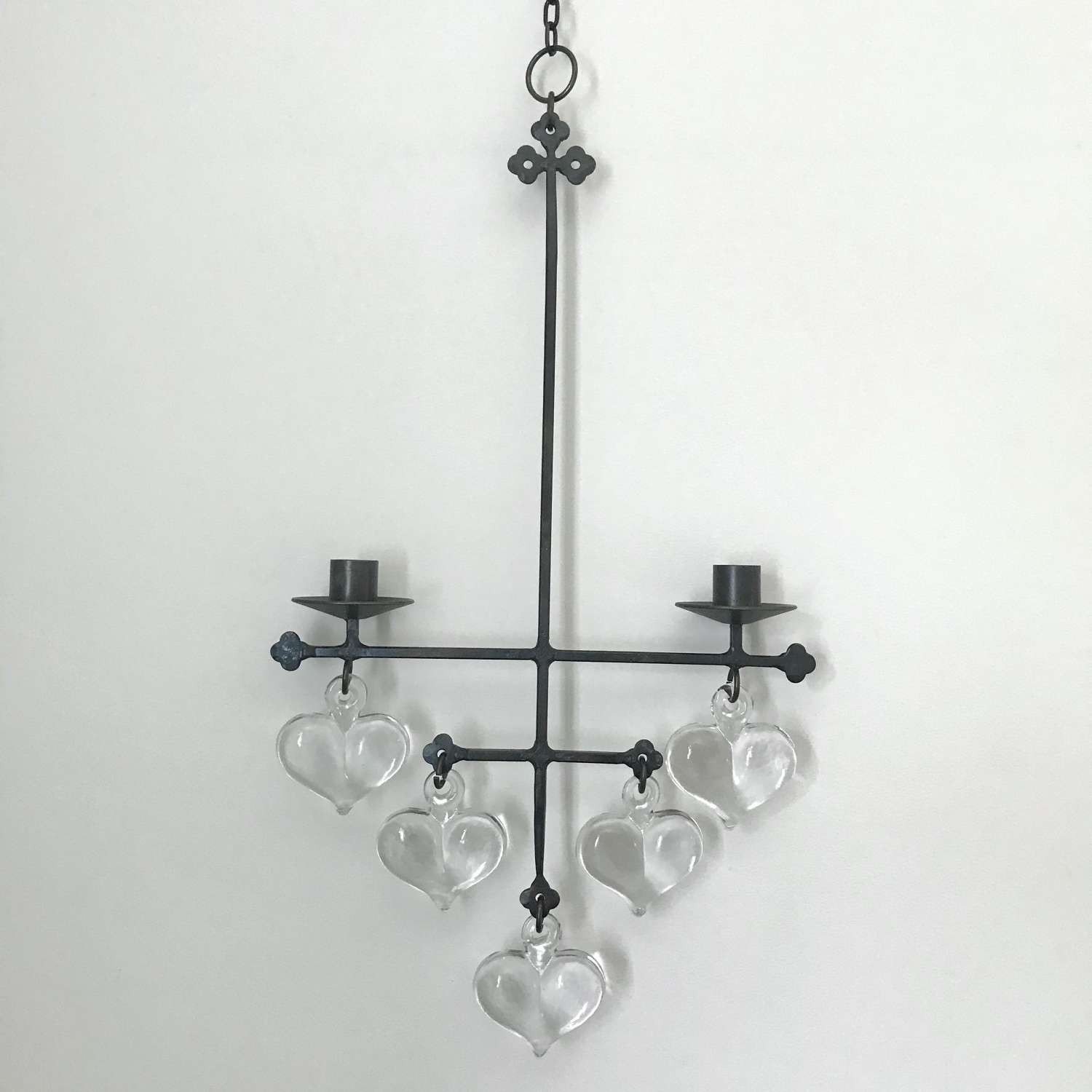 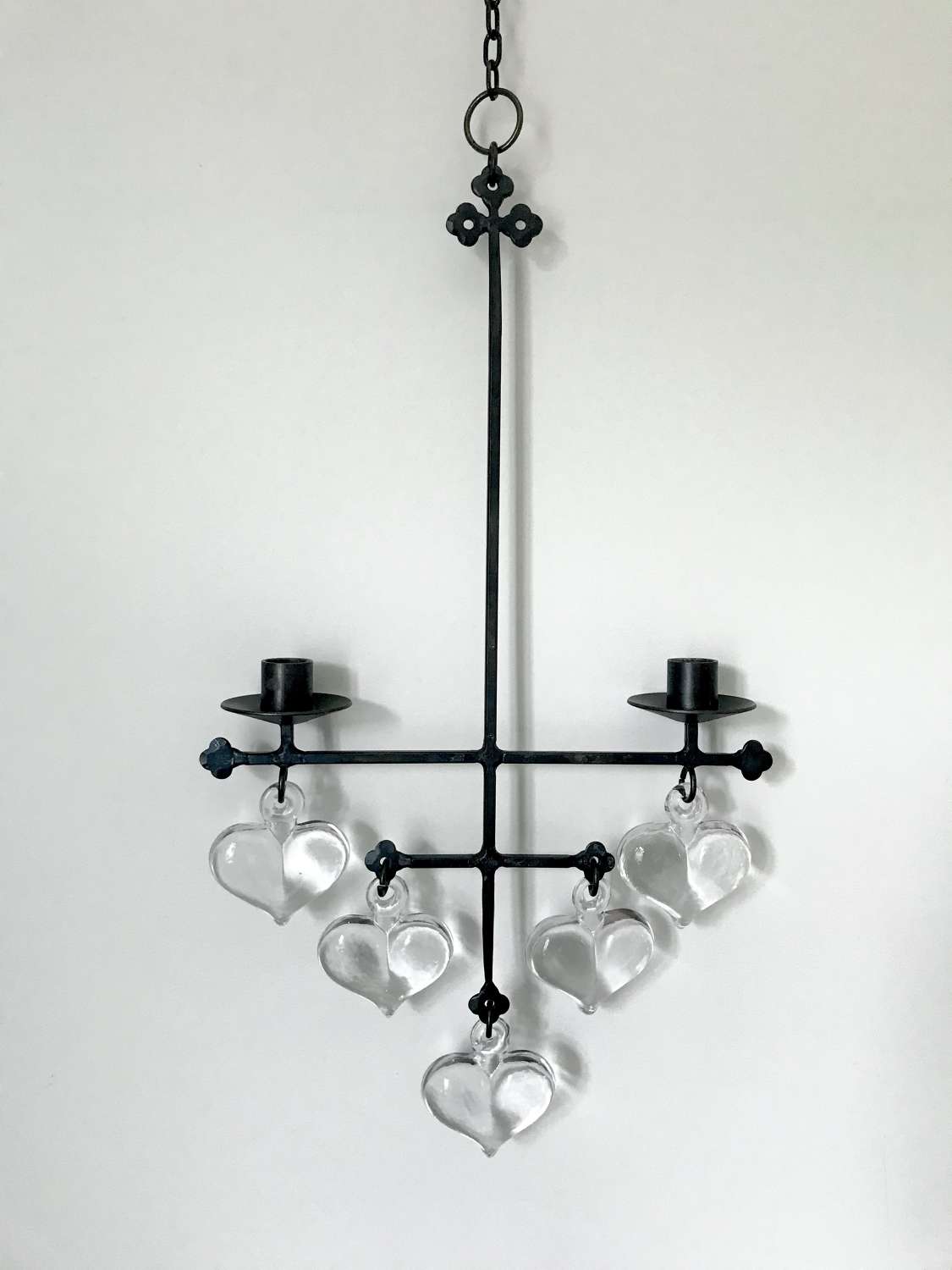 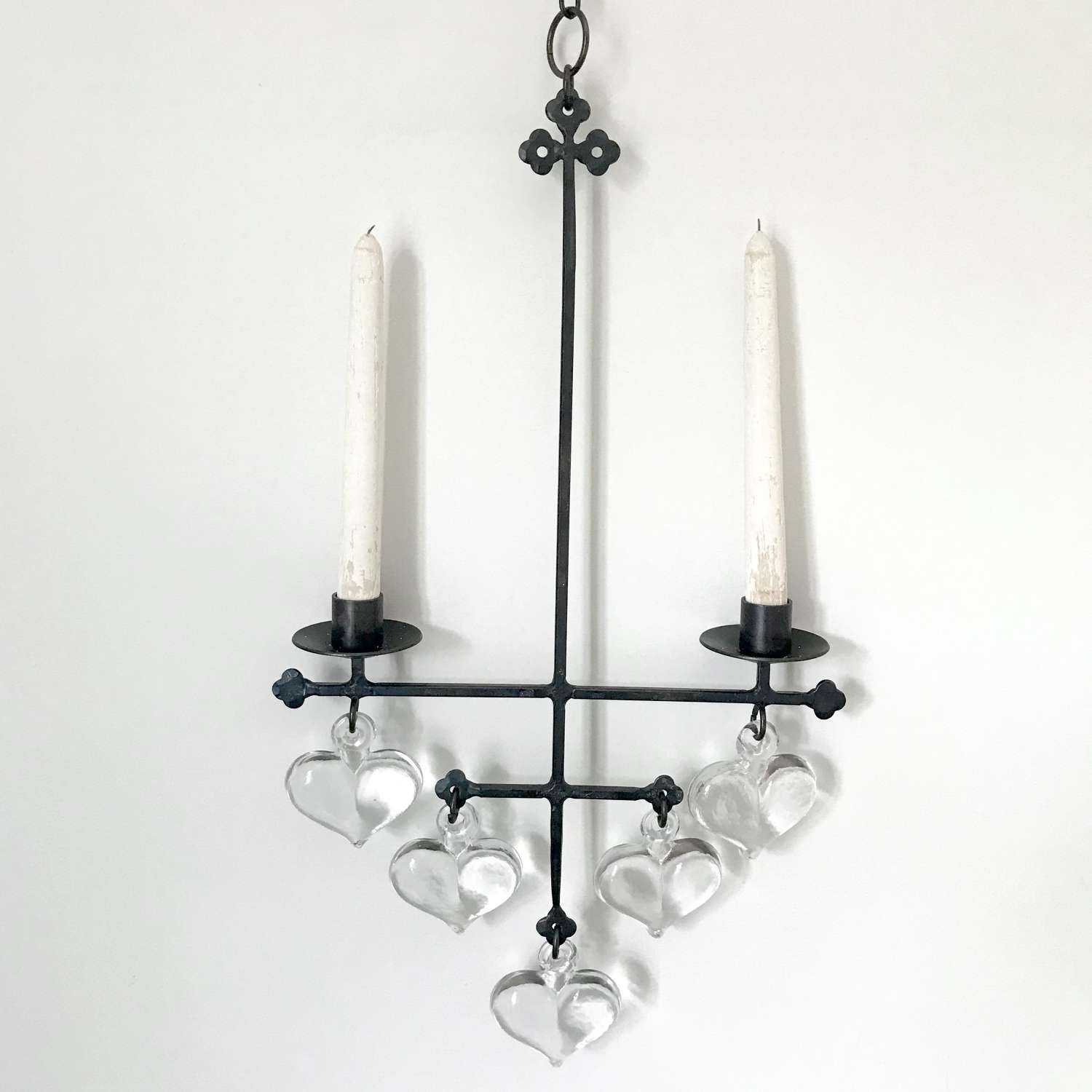 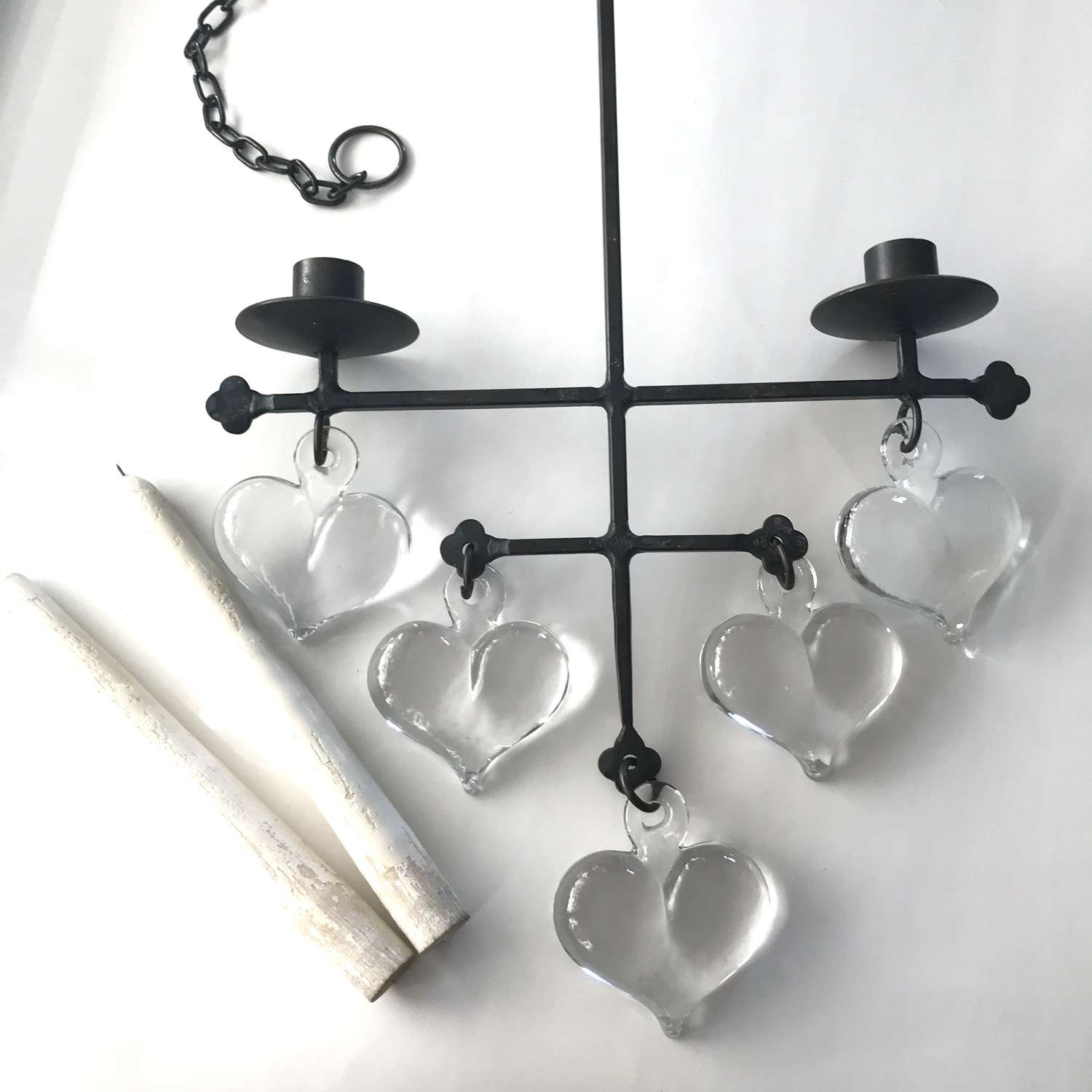