Carl-Harry Stalhane small shallow dish with dark blue glaze for Rorstrand, Sweden, 1950s. This has the mark for one of Stalhane's unique pieces and individual number I 210. 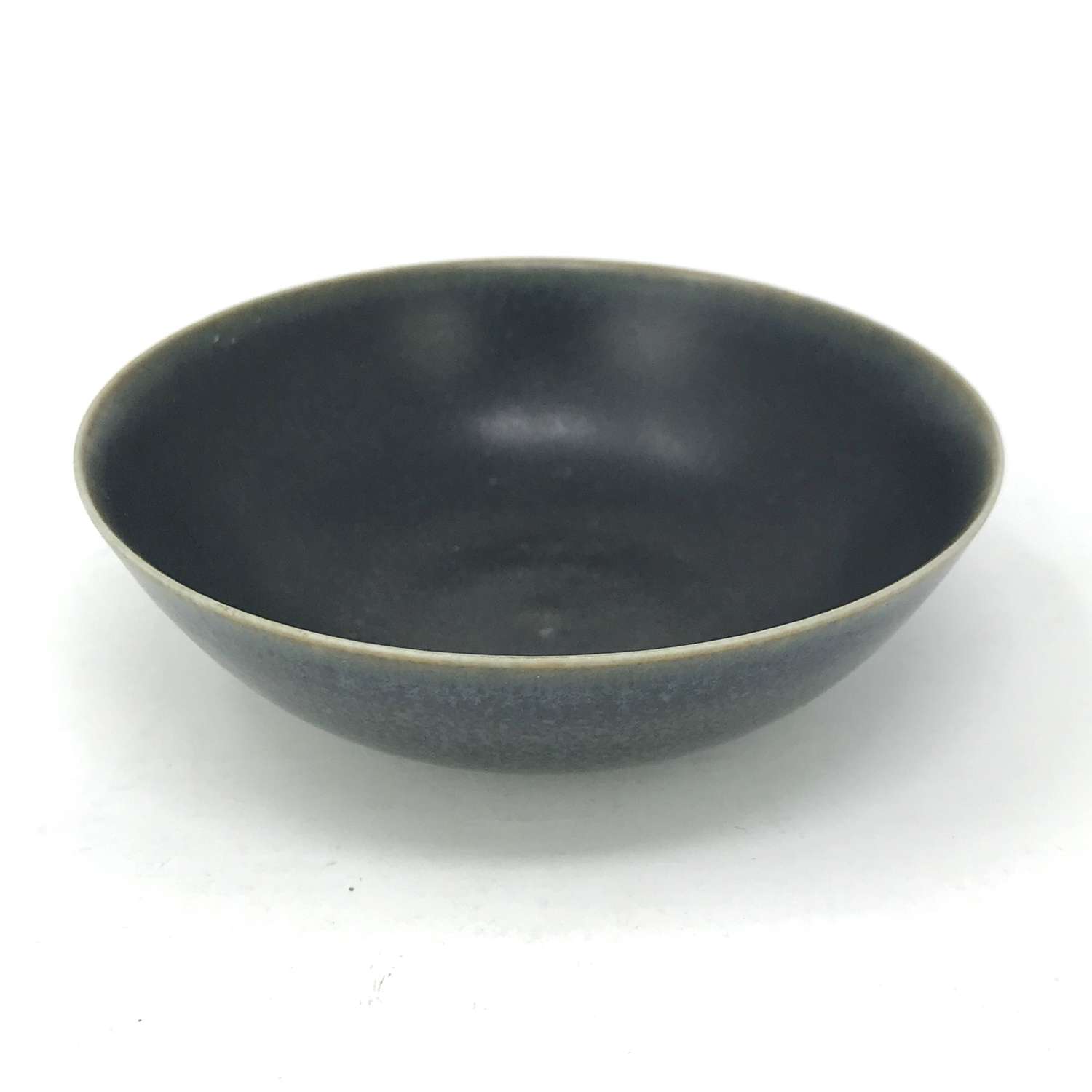 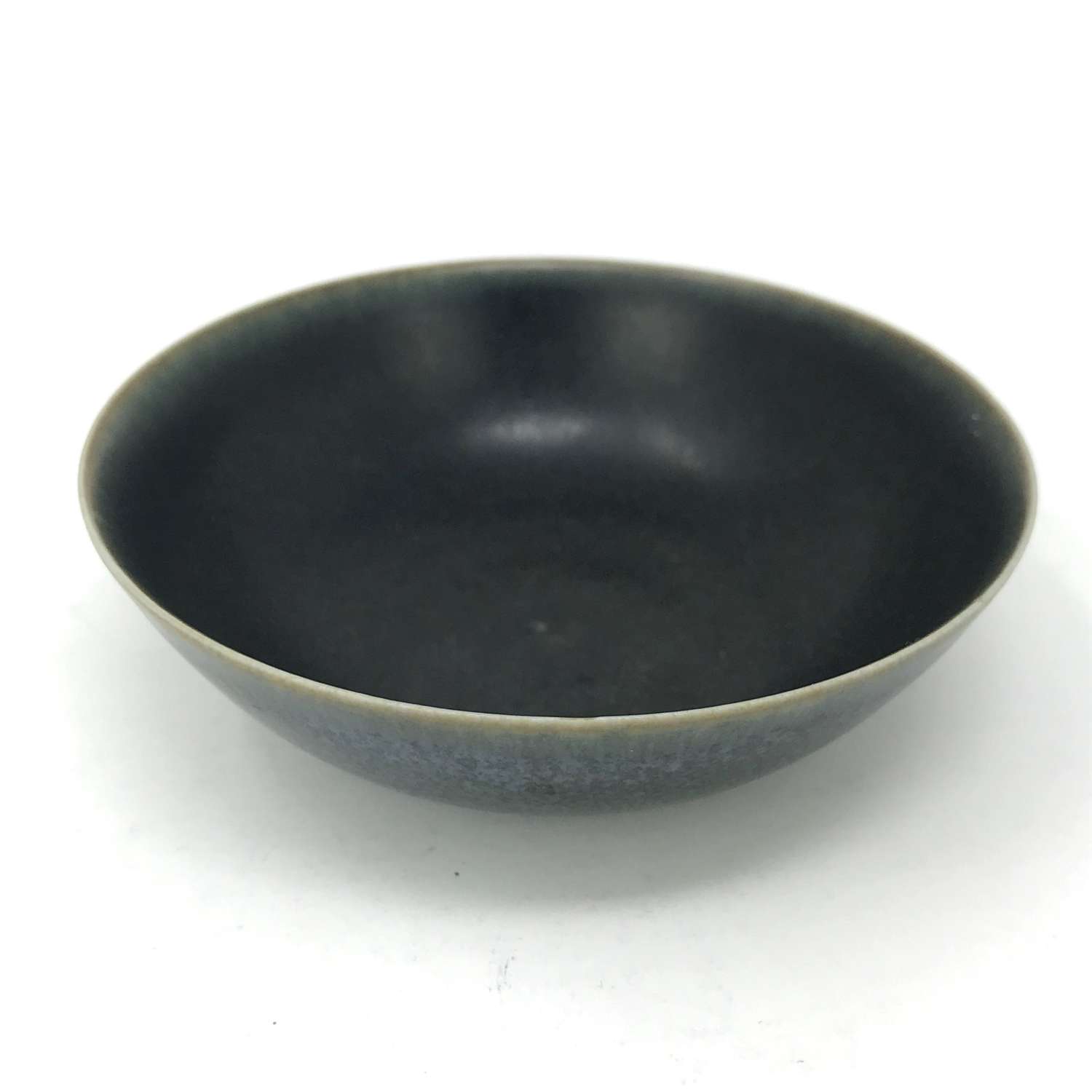 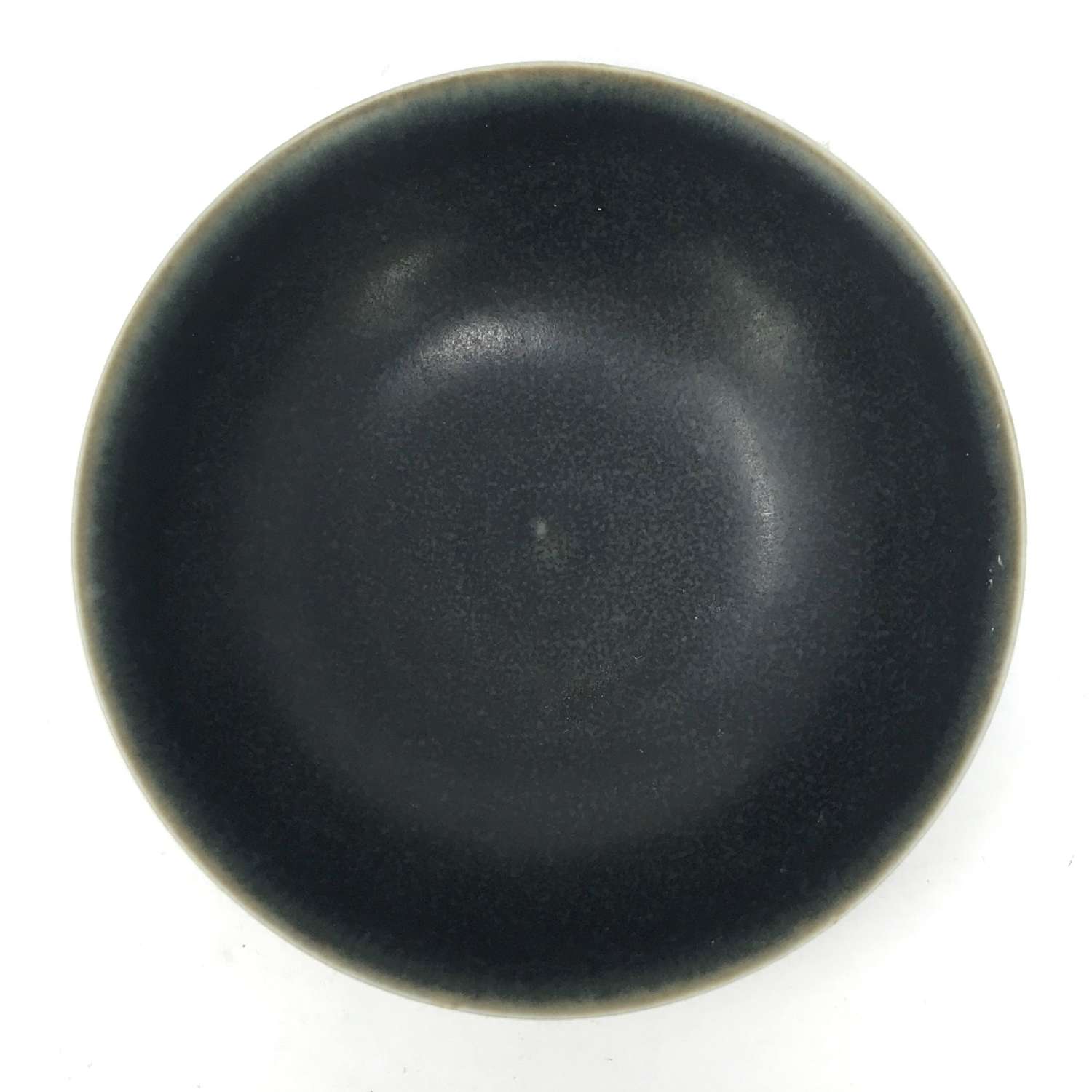 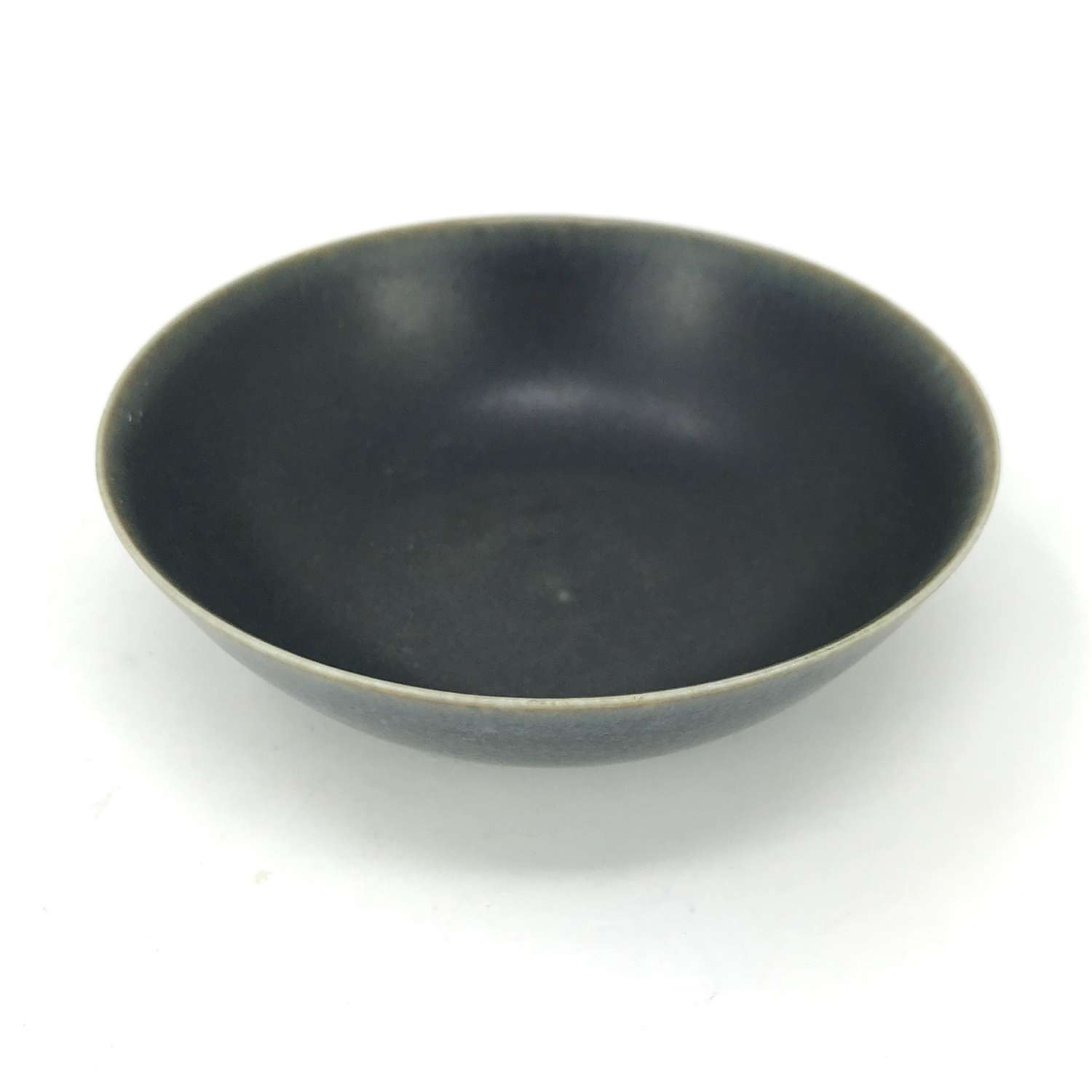 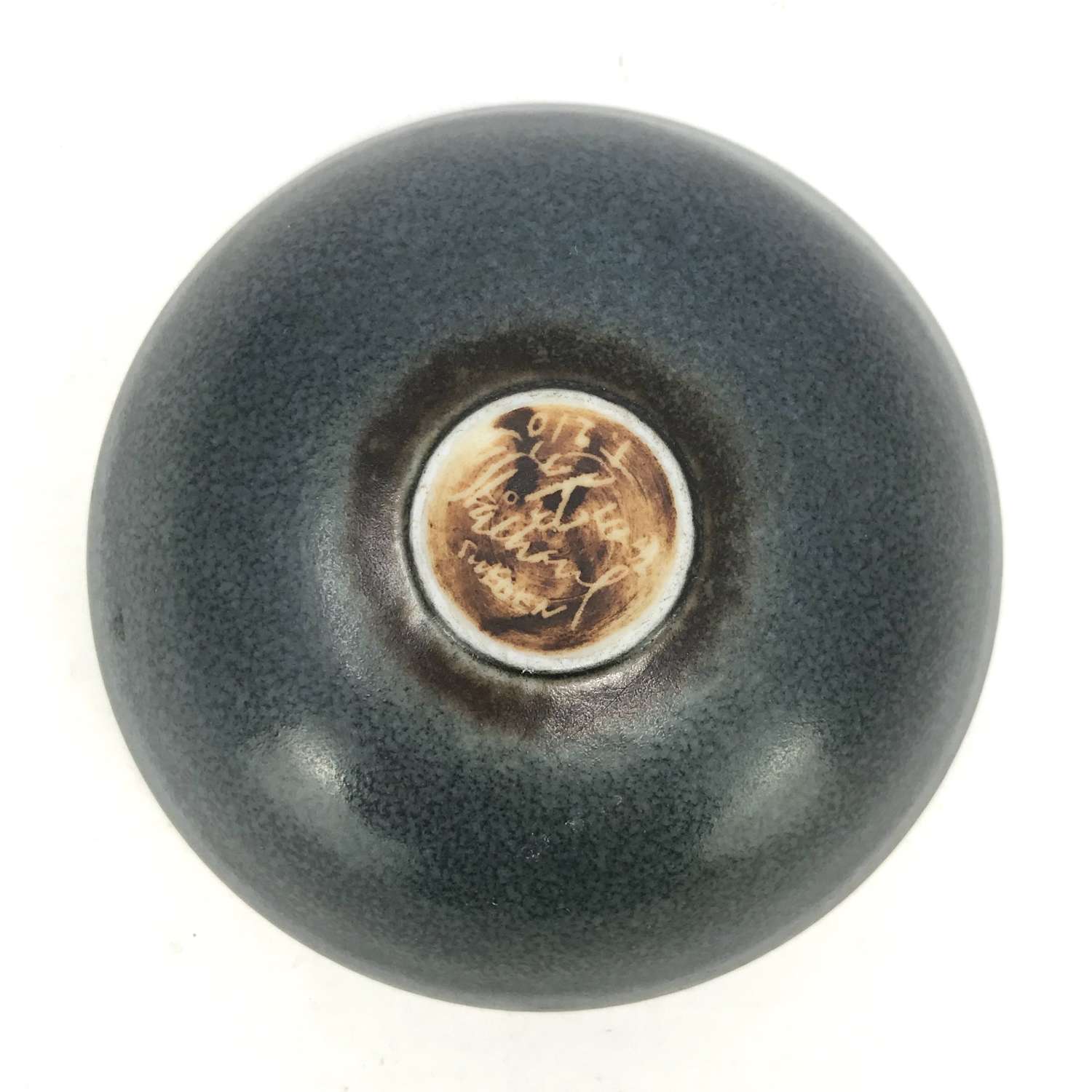