This necklace is part of the Troll series from the workshop of Uni David-Andersen and was designed by Marianne Berg in 1966. The pendant measures 5.5x4 cm and te total necklace length is 59cm. 30g. It is in excellent vintage condition. The back is marked with INV. M.B. UNI D-A [scales] 925S STERLING. 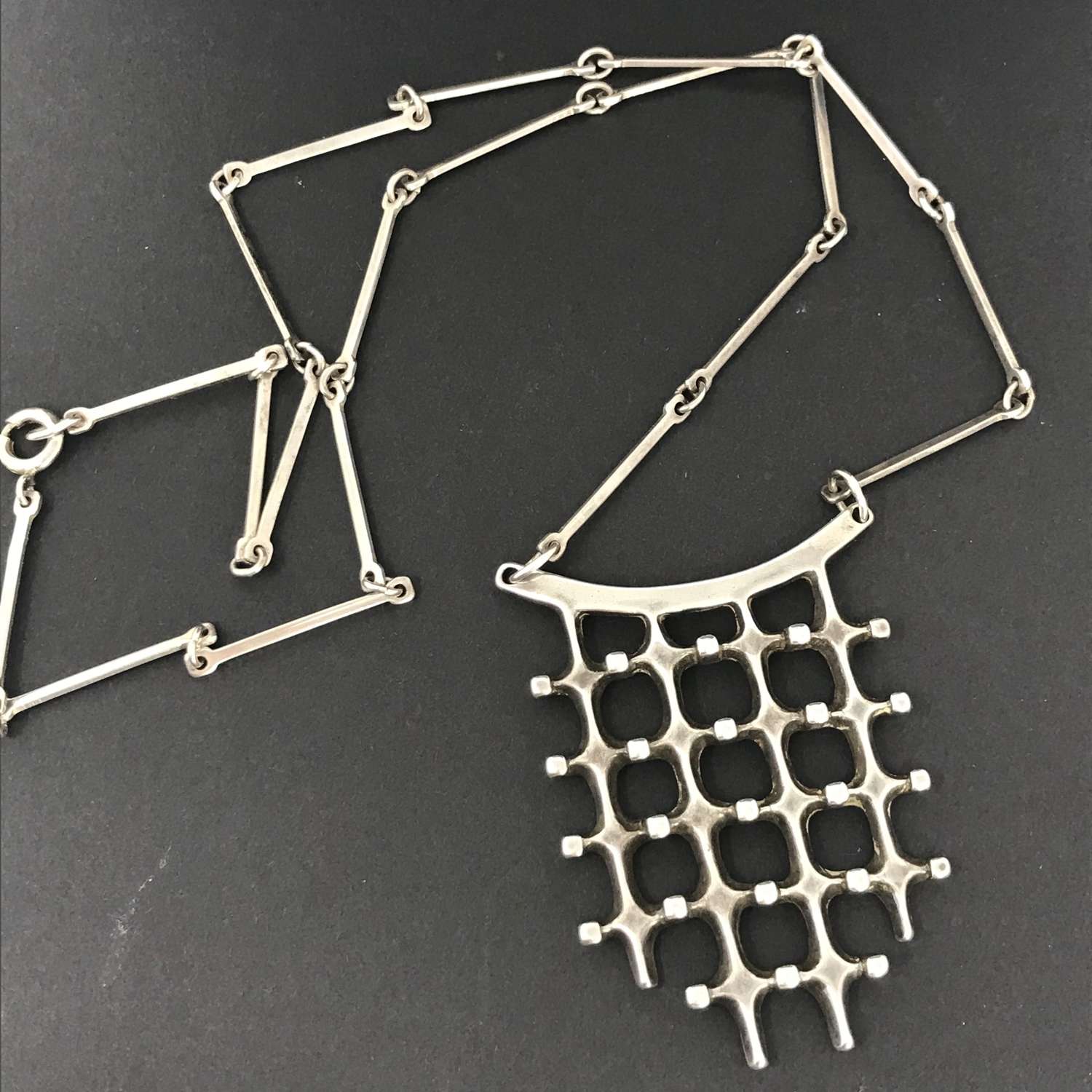 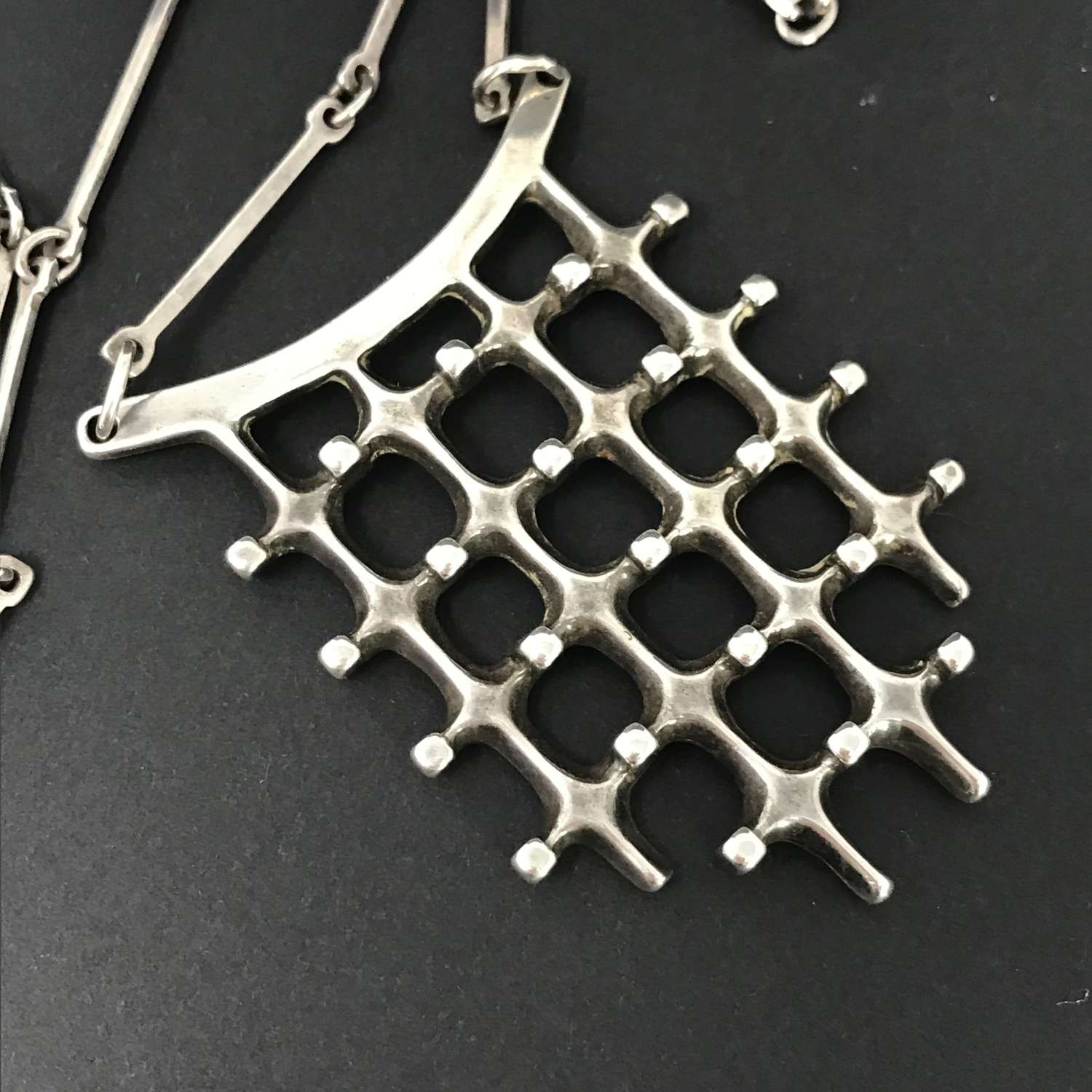 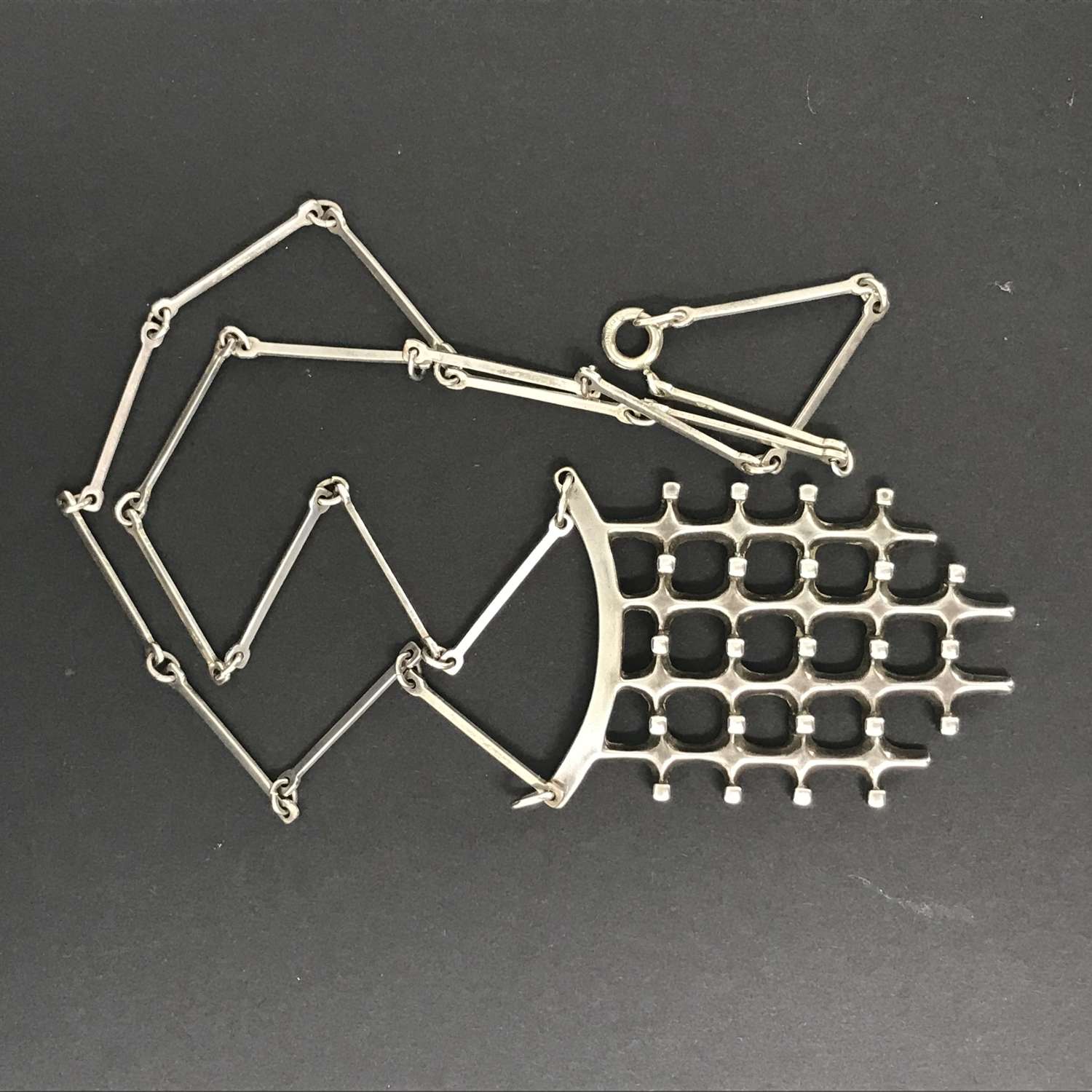 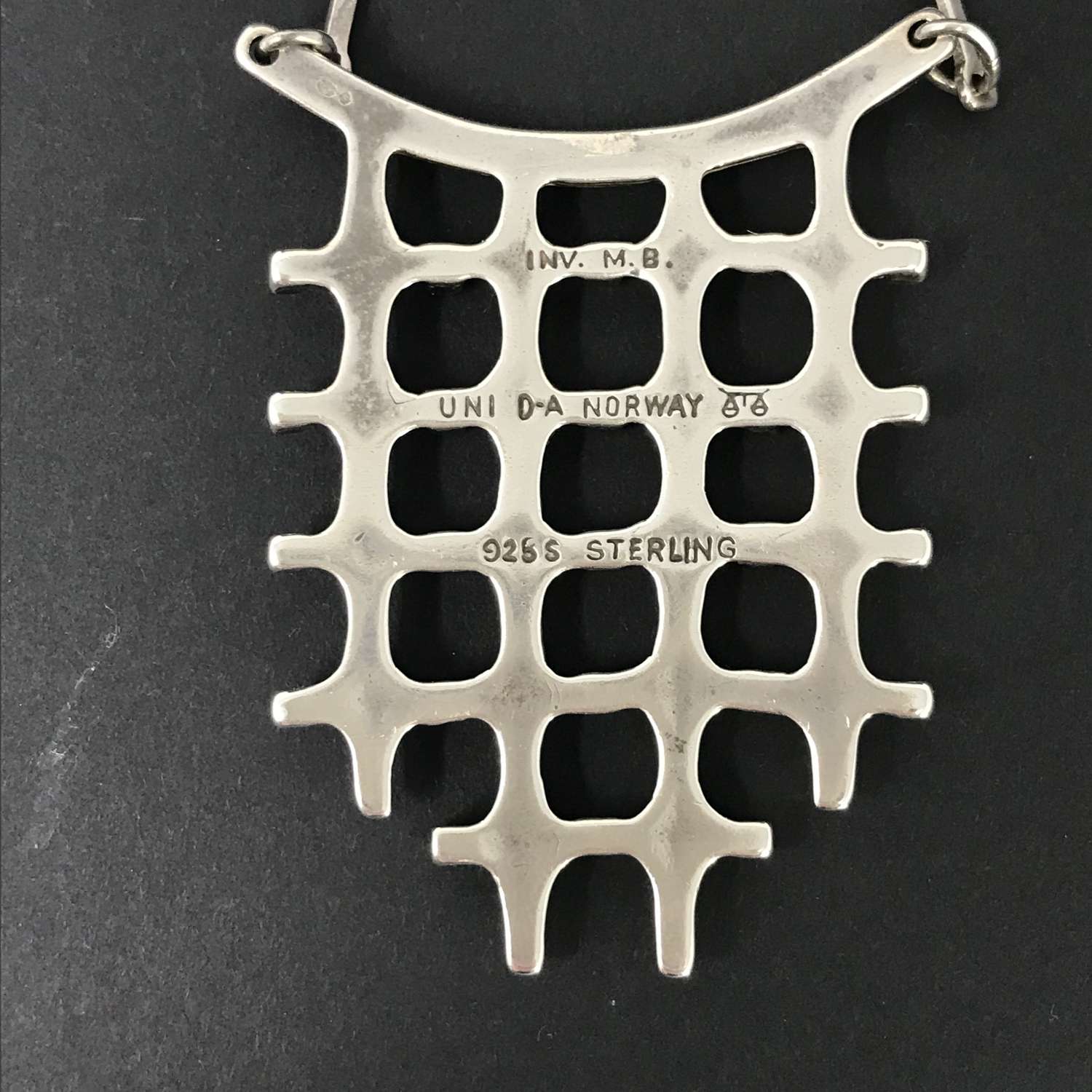 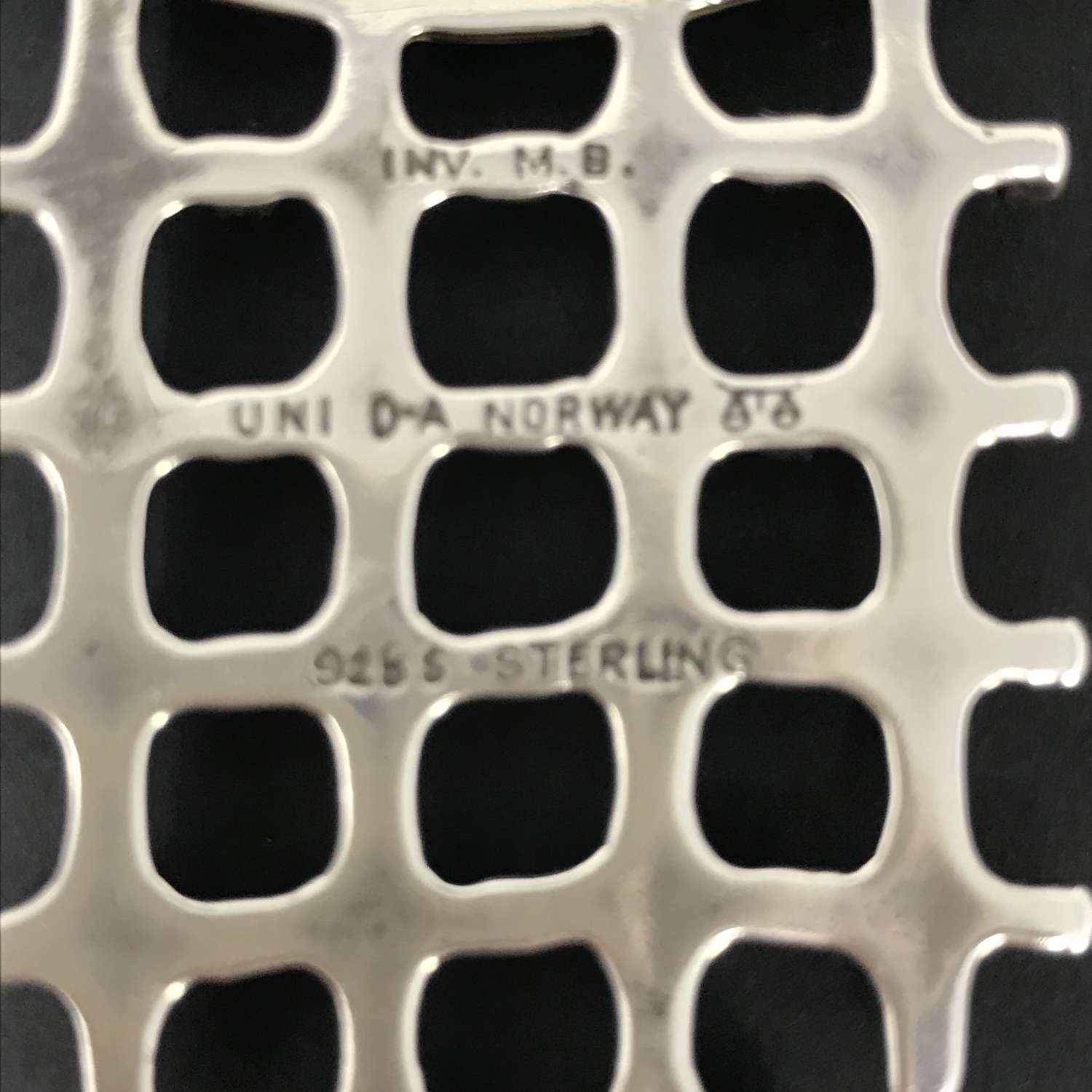