Timo Sarpaneva Devil's Pearl (Hiidenhelmi) pierced bowl with soda bubbles for iittala, Finland. Signed to the base and dated 1955. This bowl is one of Sarpaneva's iconic sculptural glass designs for iittala from the 1950s. It was designed in 1951 and in production until 1960. This examples comes from the middle of that period.

Excellent used condition. No damage, chips or scratches. Minor wear to base.

Timo Sarpaneva (1926-2006) was a leading Finnish glass designer who came to prominence in the early 1950s. He produced a wide range of designs for functional objects like glasses and candle sticks but is best known for his art glass where he focused on making beautific sculptural objects. He won the Grand Prix at the Milan Triannale in 1954 for the Orkidea vase design and his work is held in museum collections worldwide. 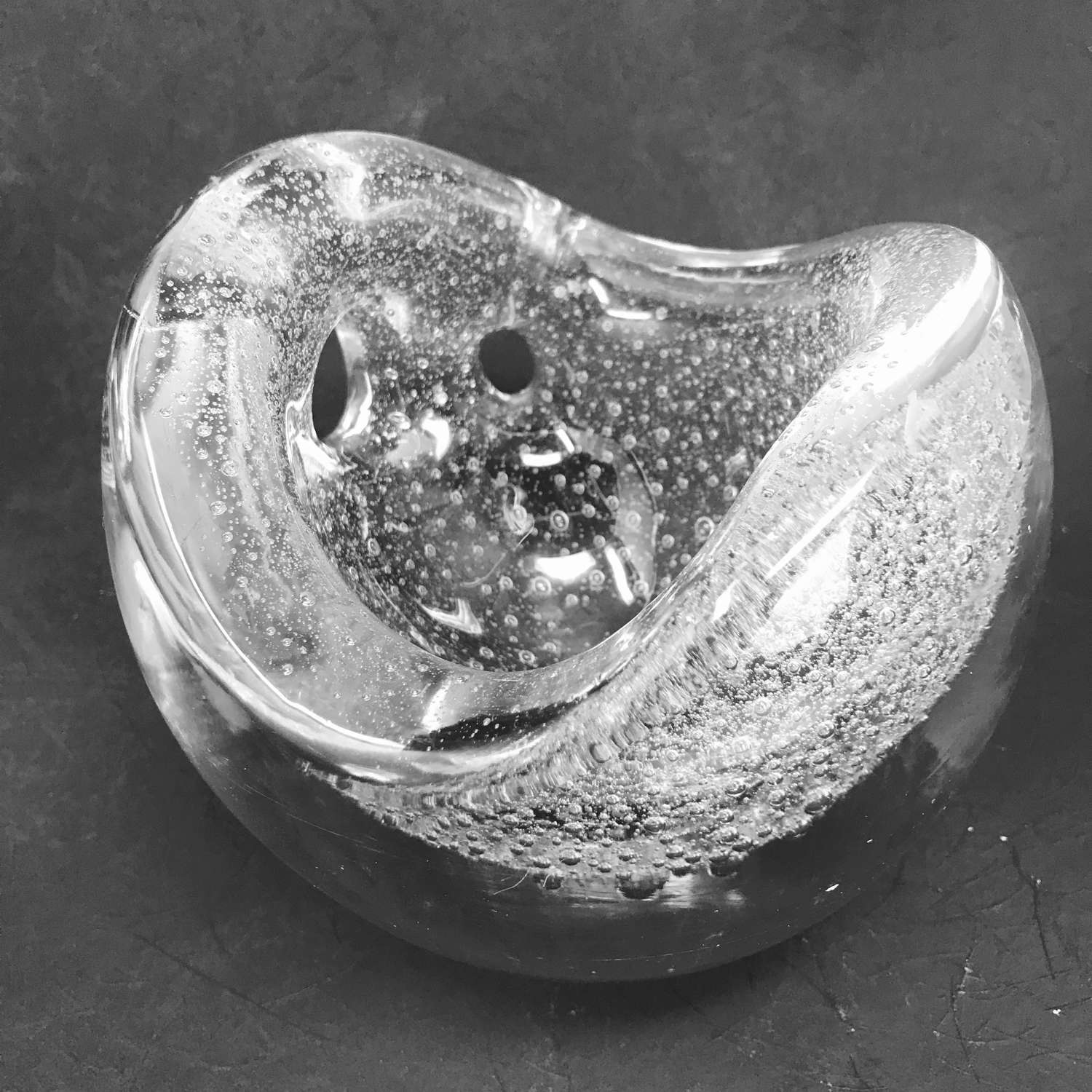 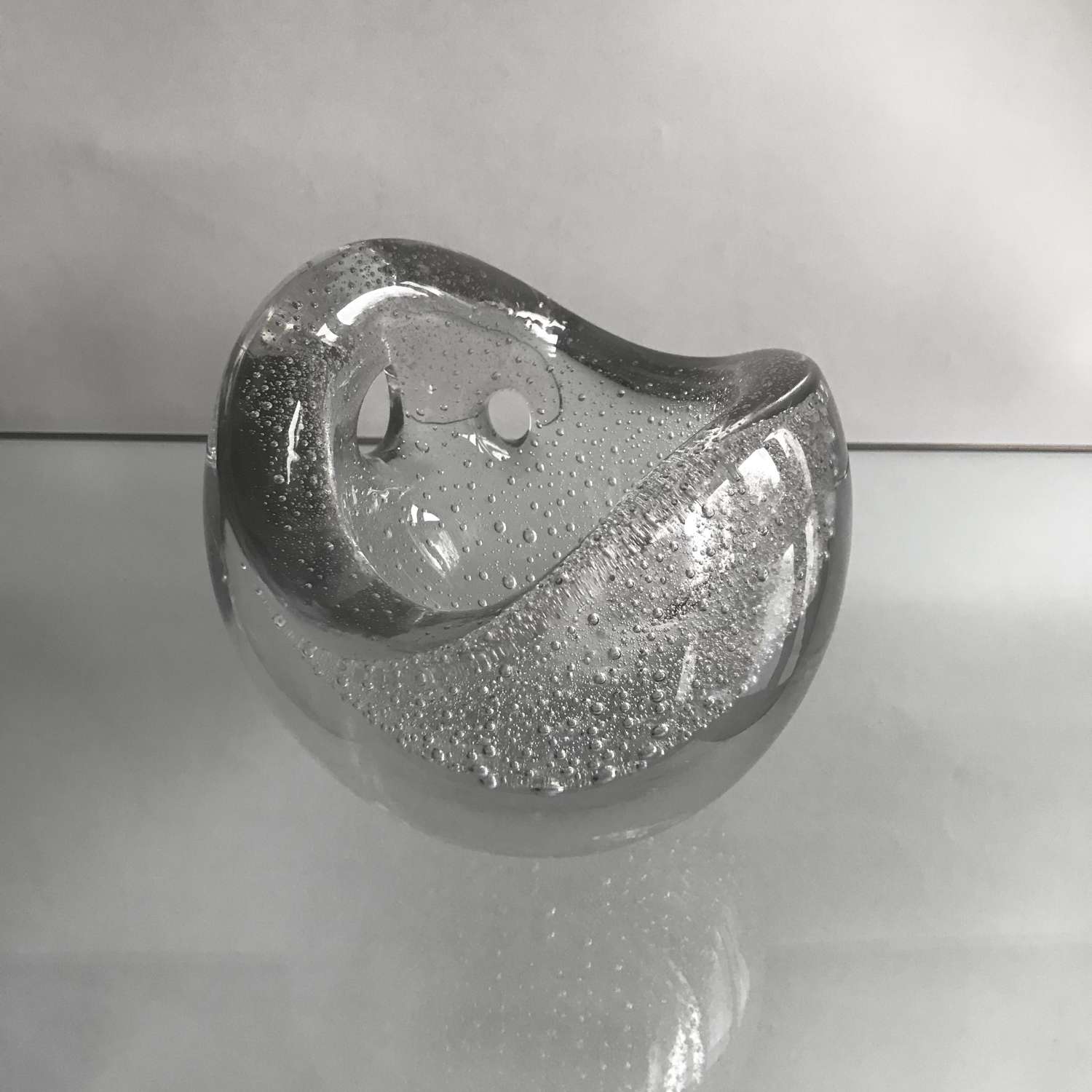 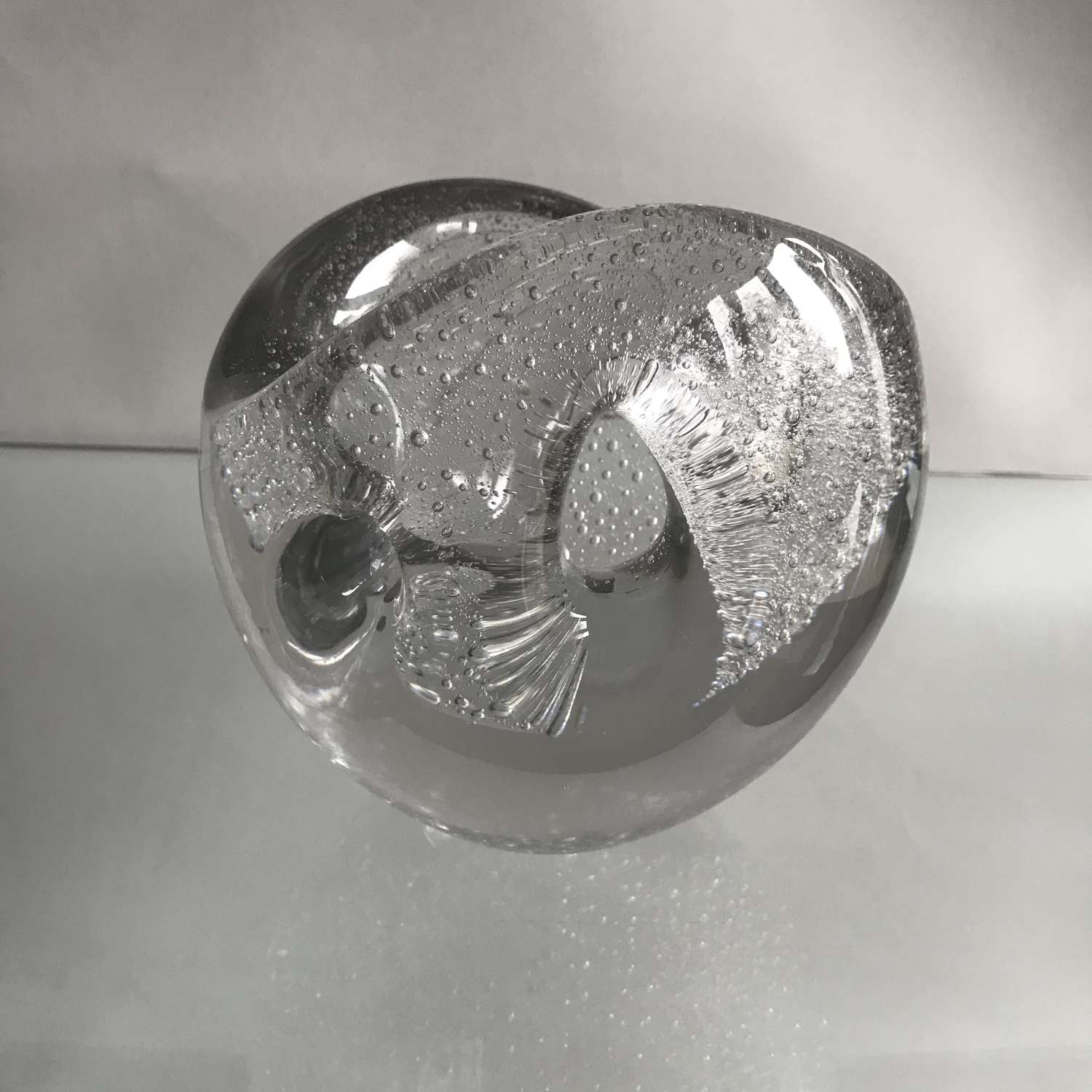 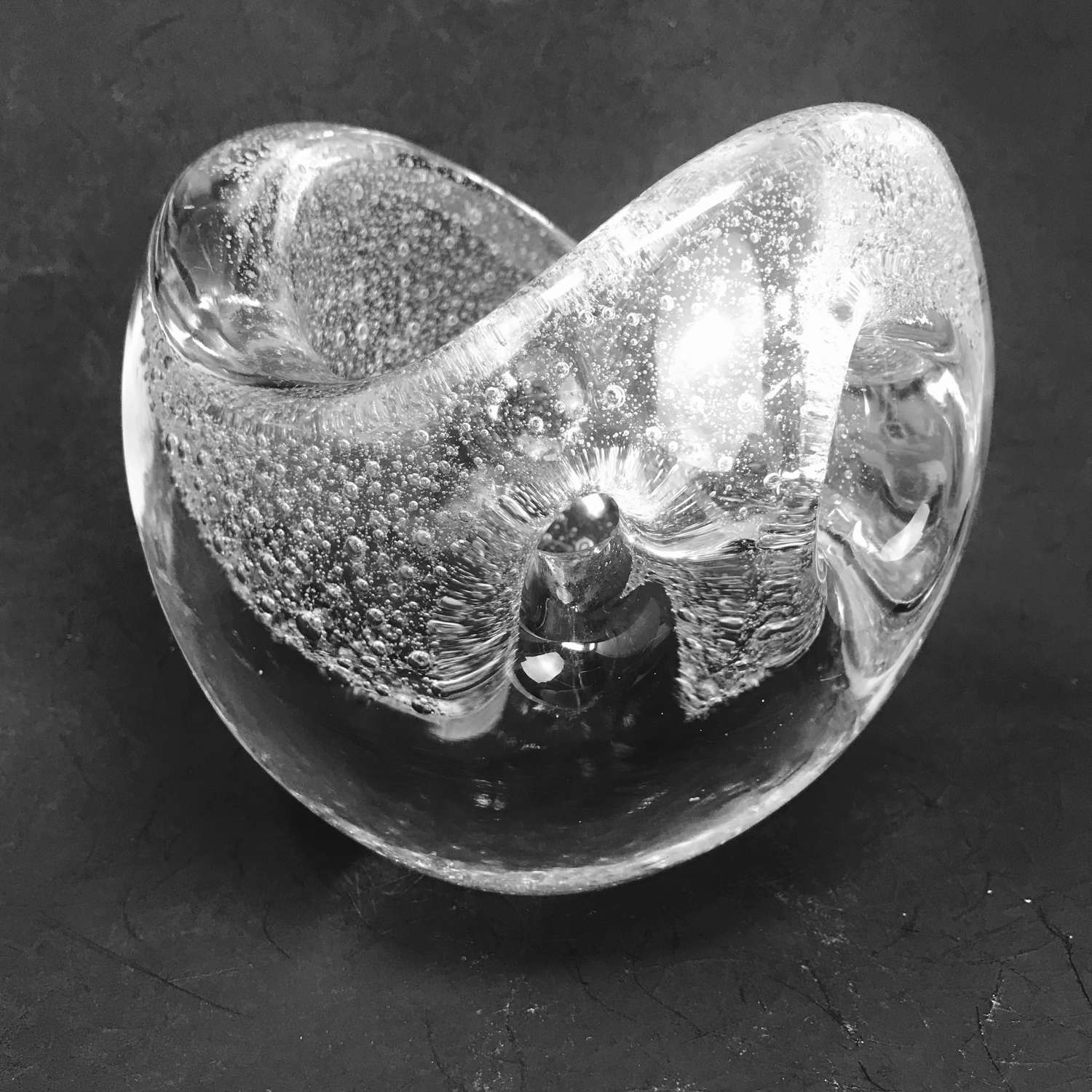 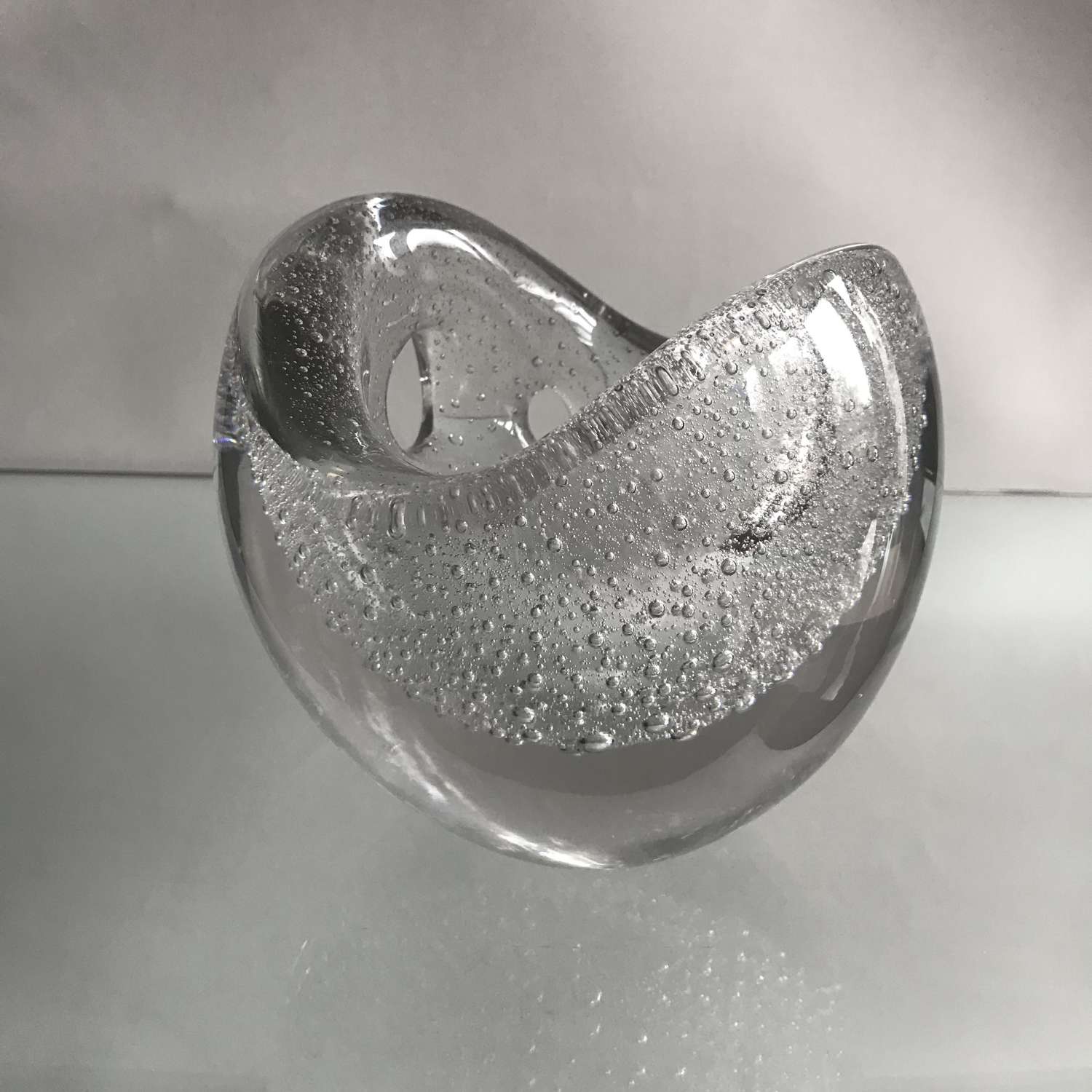 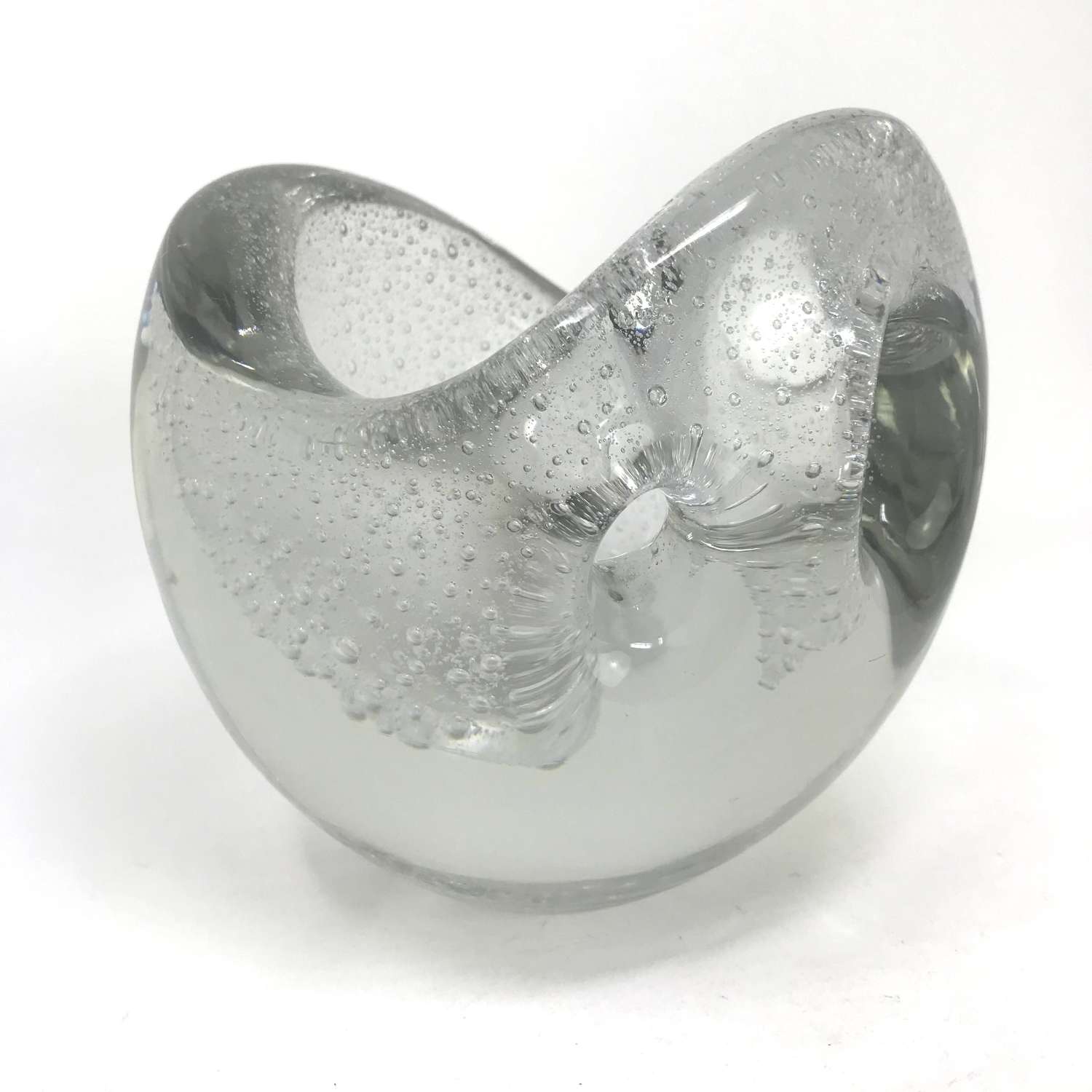 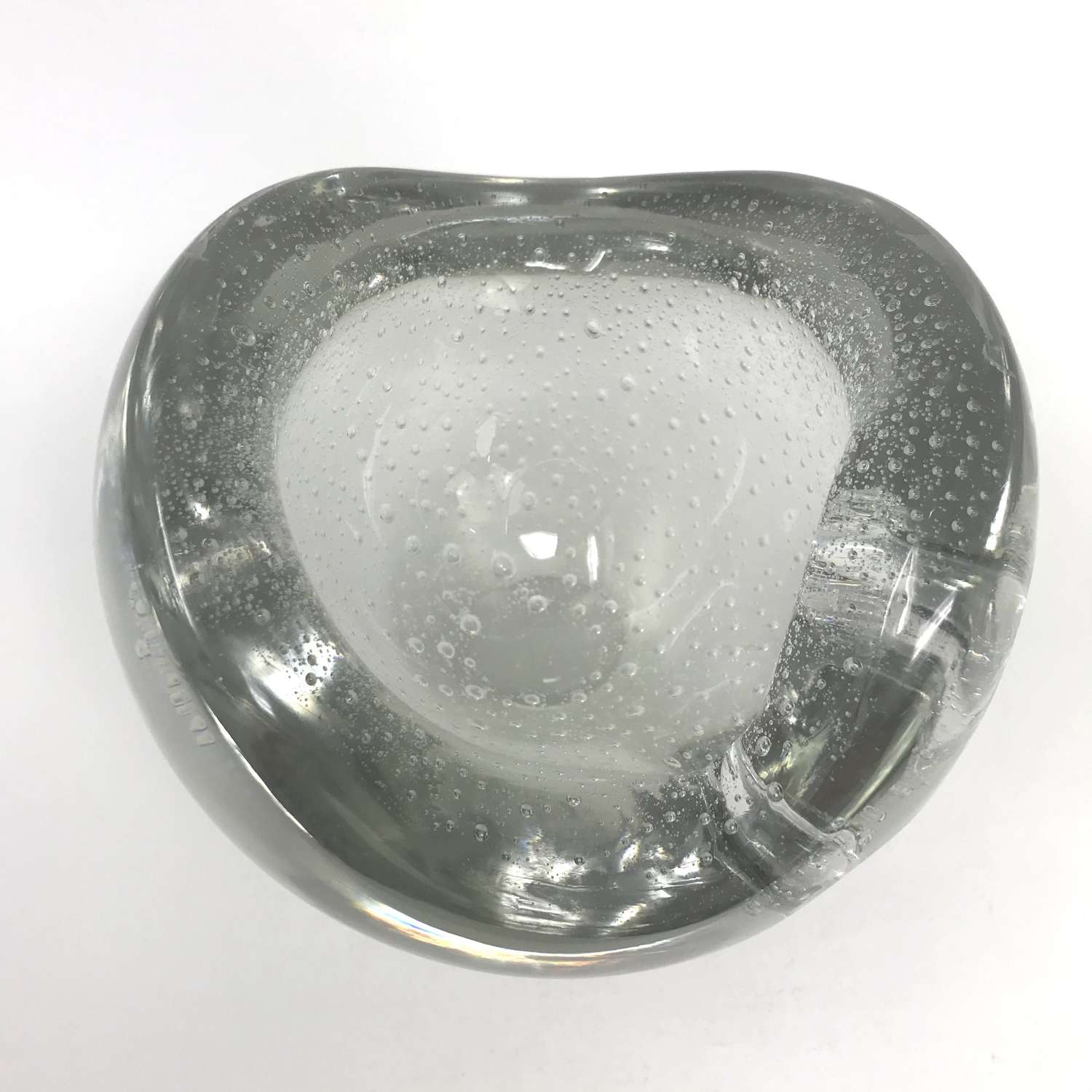 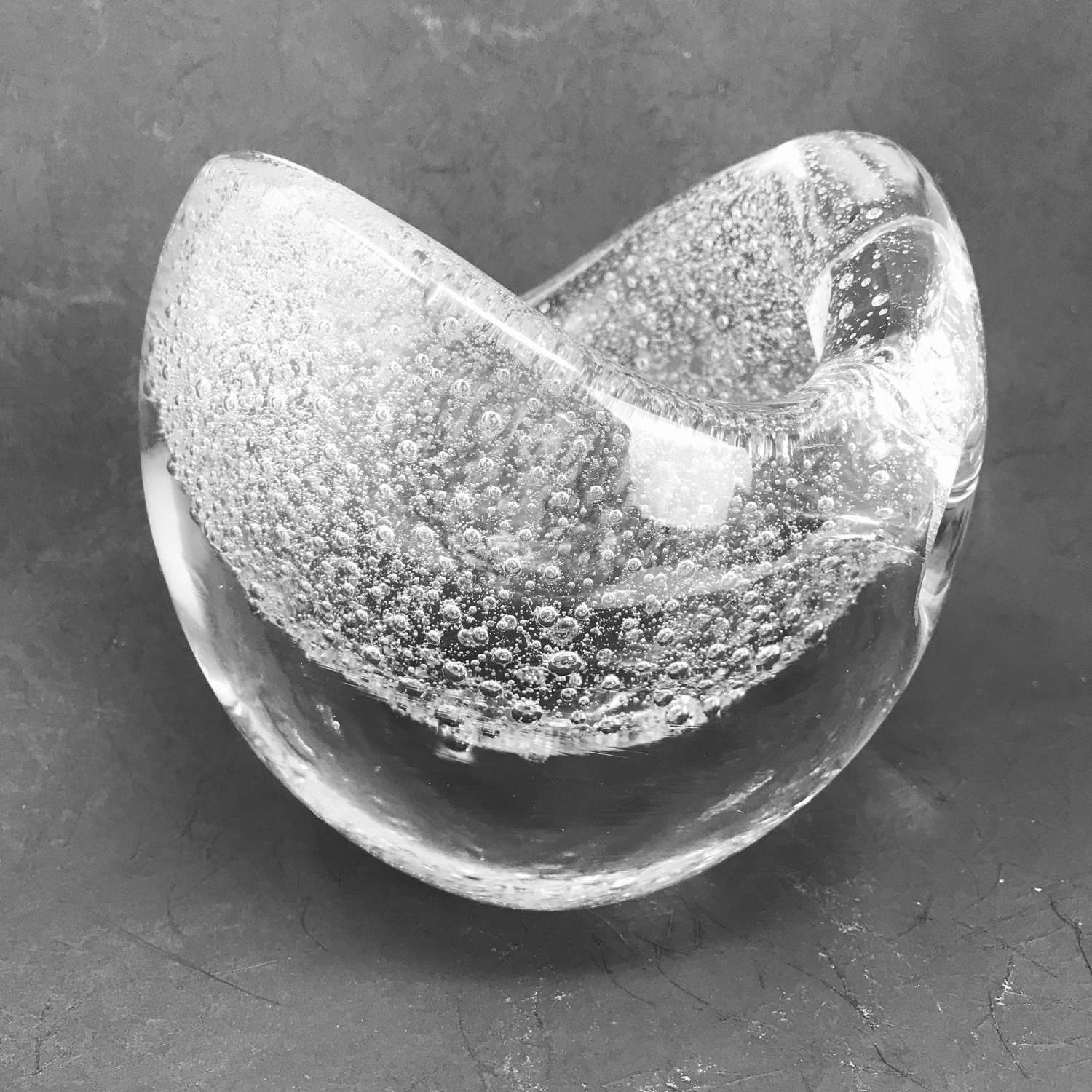 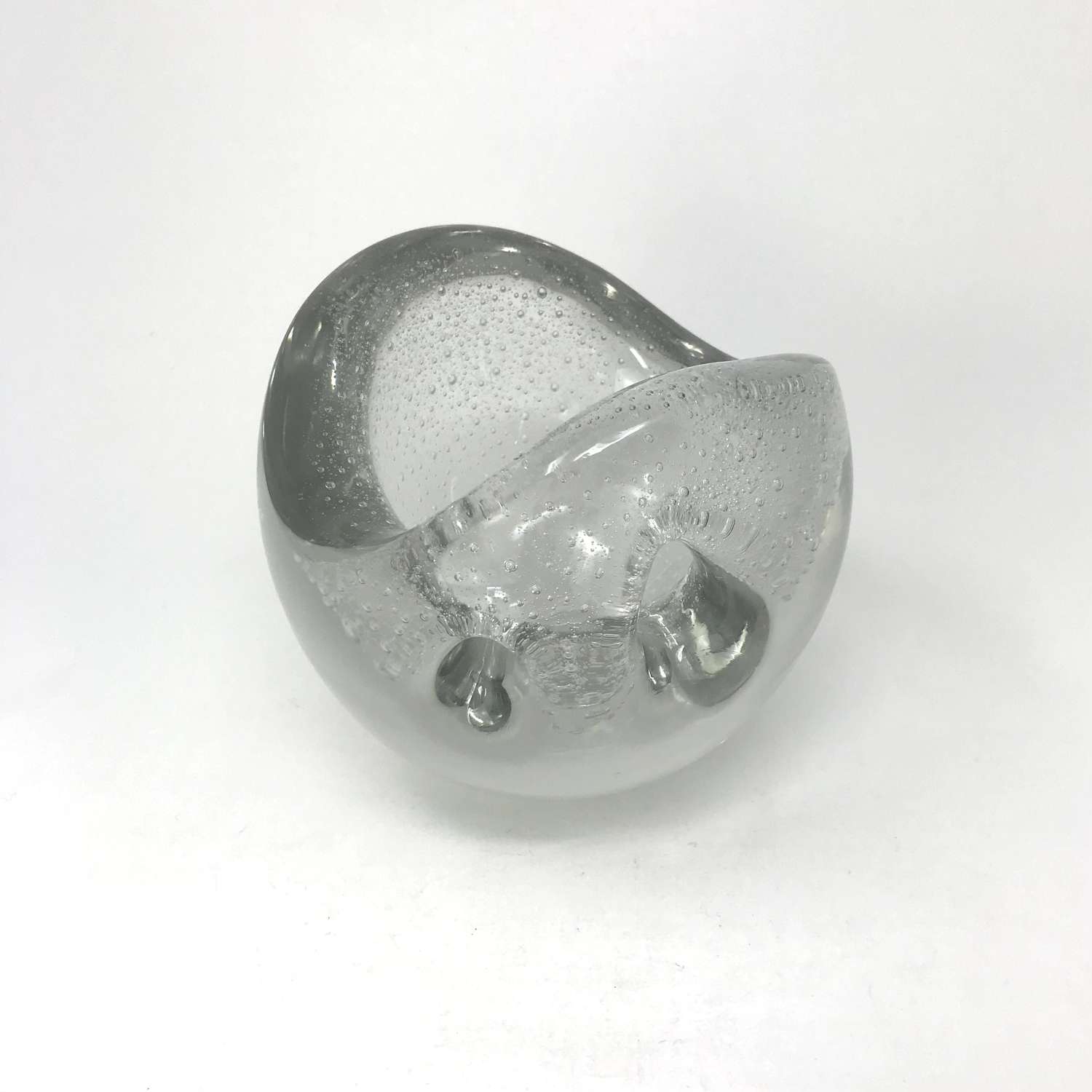 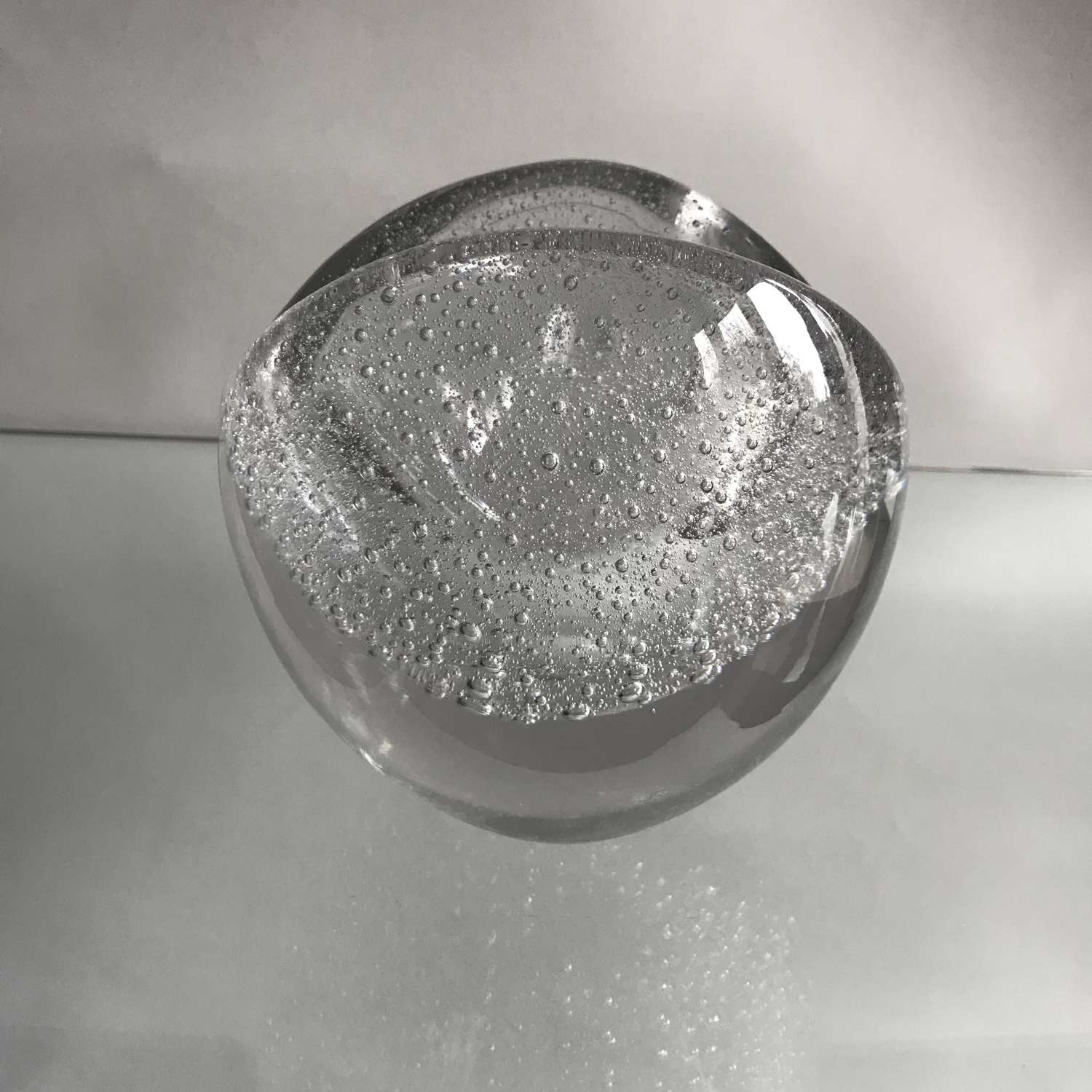 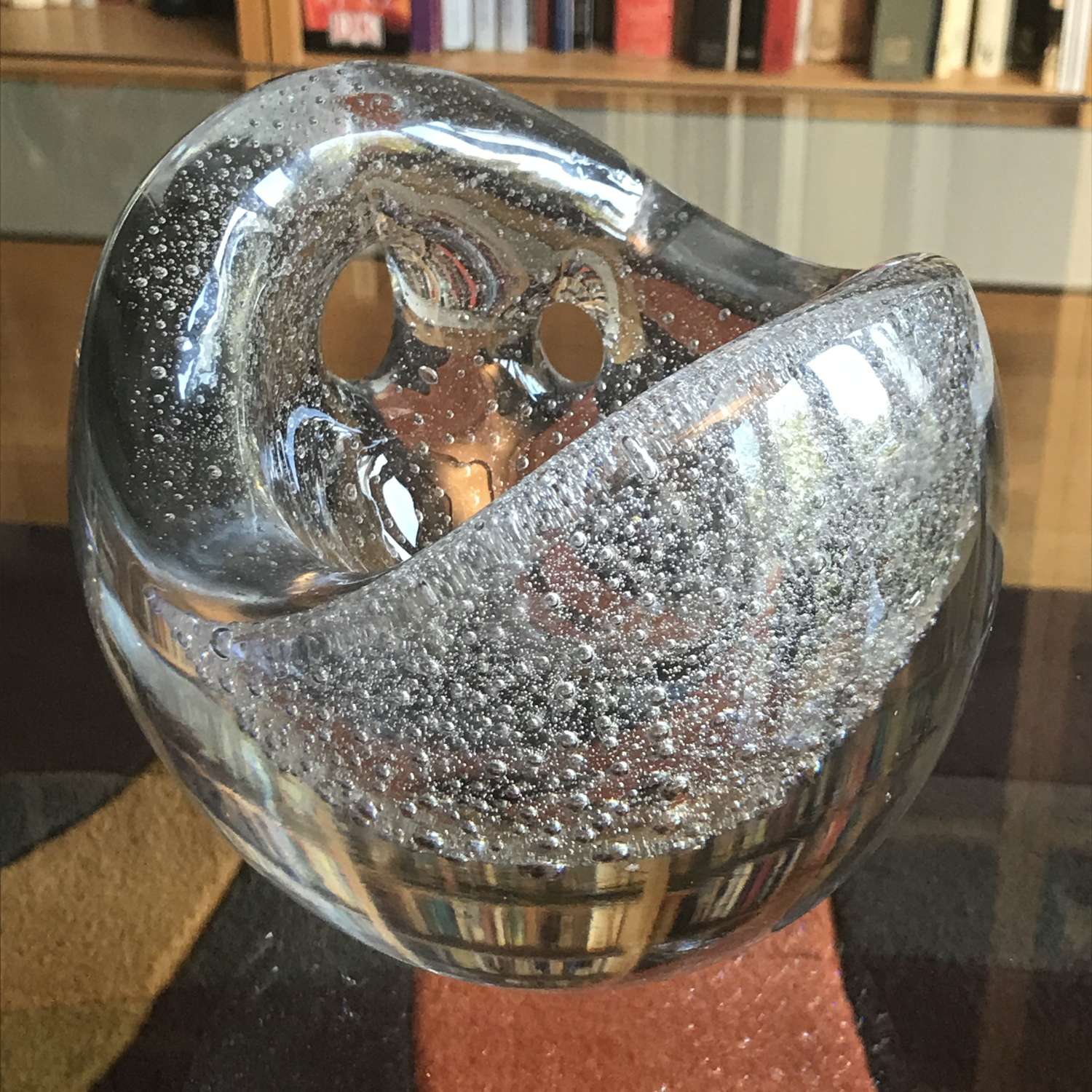 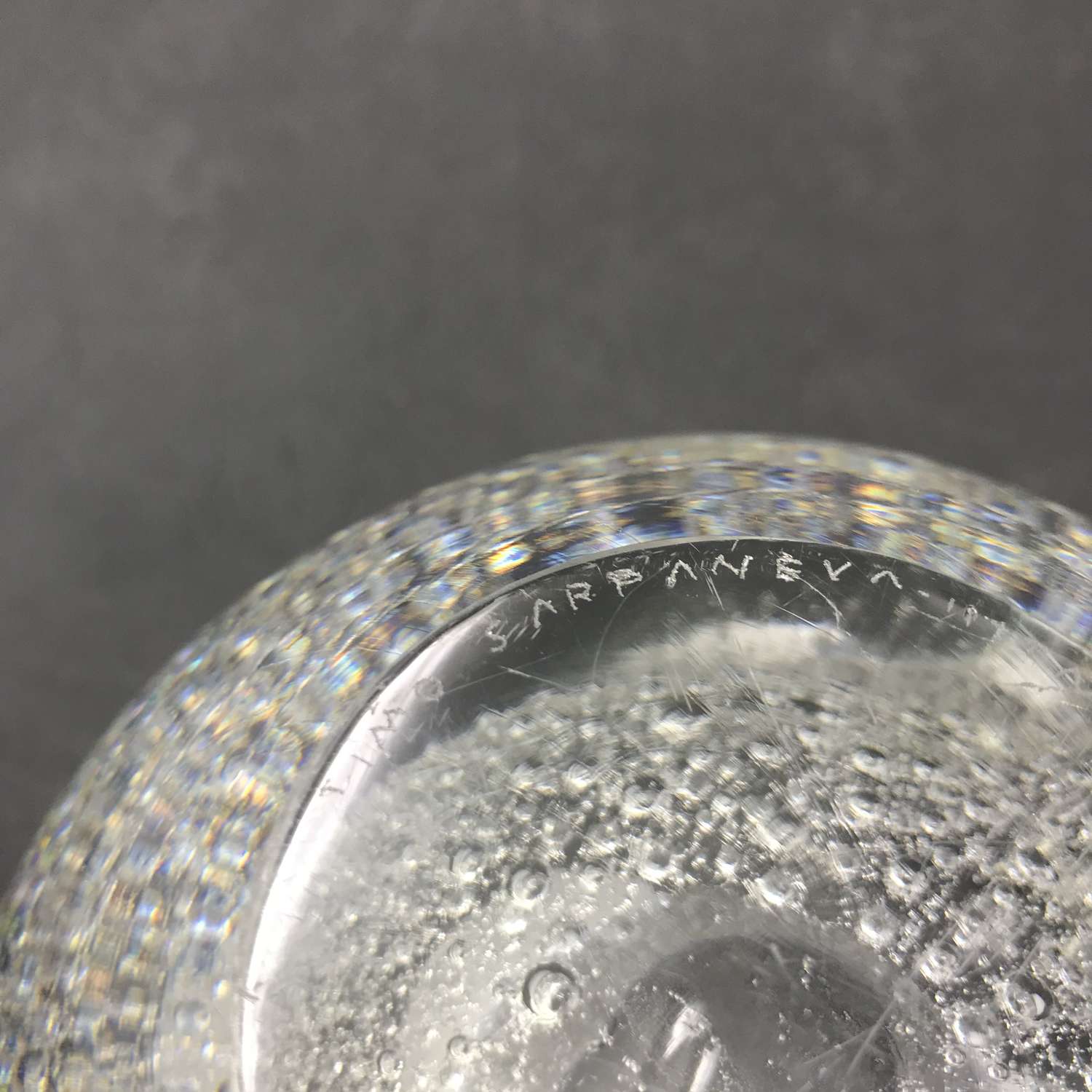 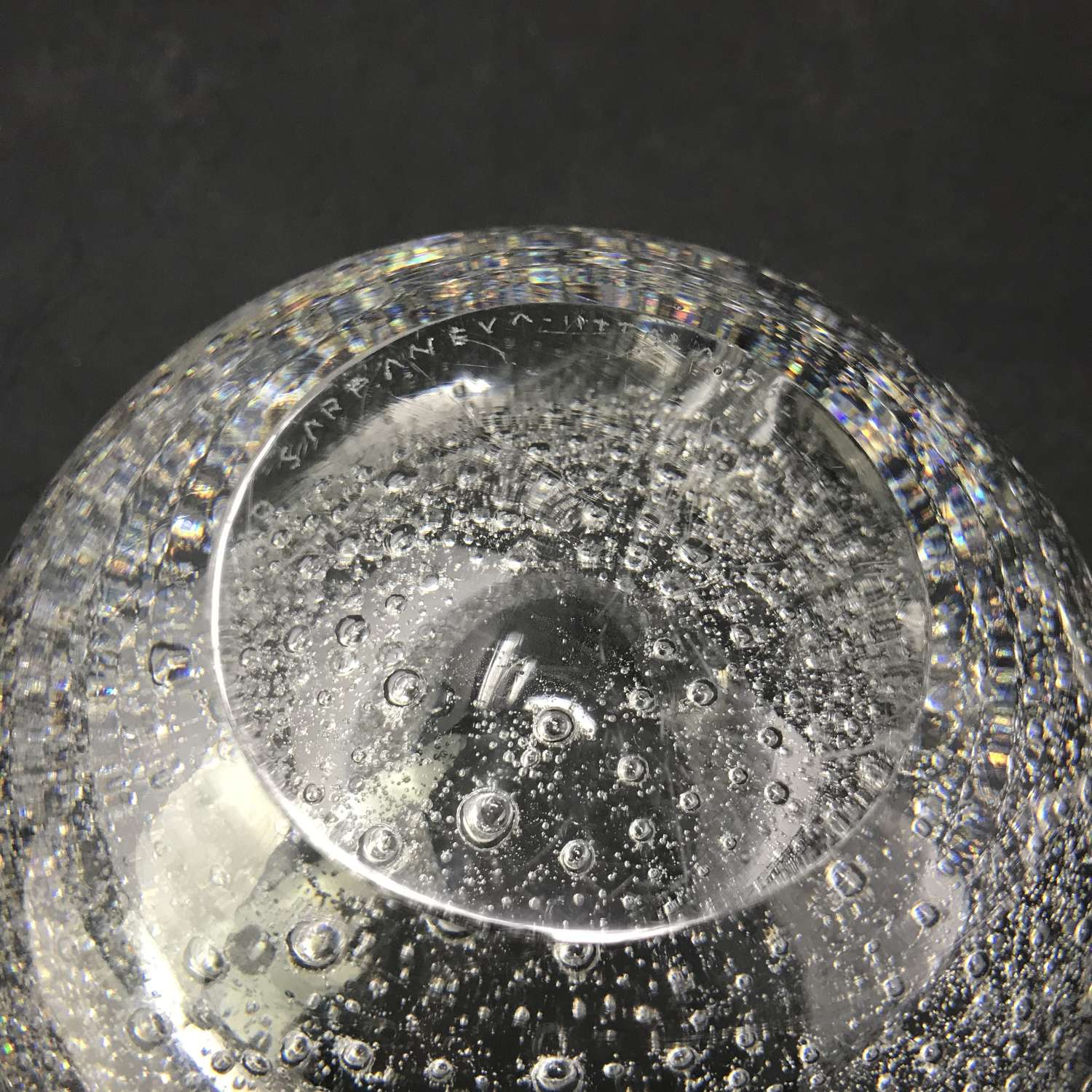