Lars Norrman, Woman on the Phone, small gouache on paper, Signed. Framed. Dimensions are for the frame size. 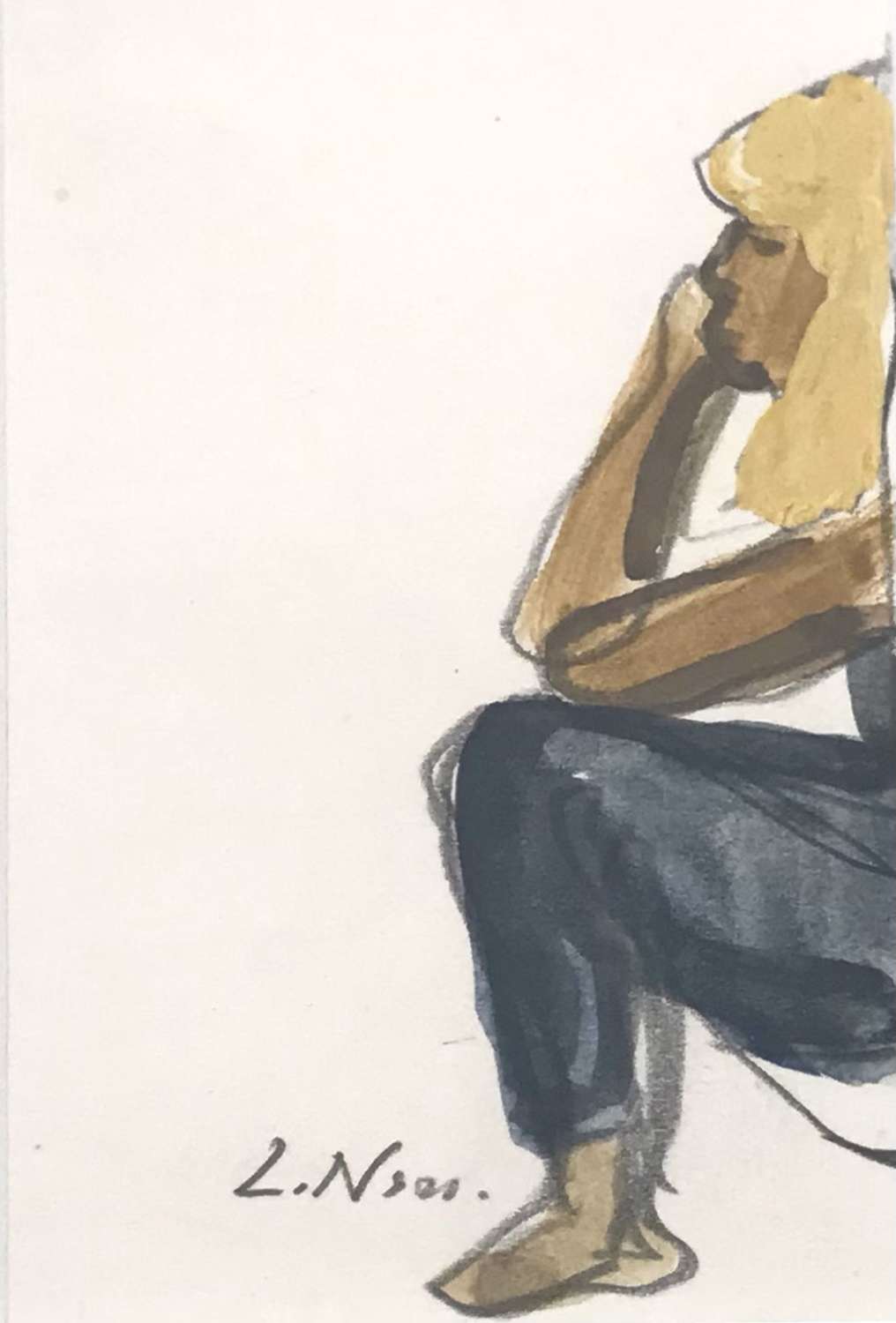 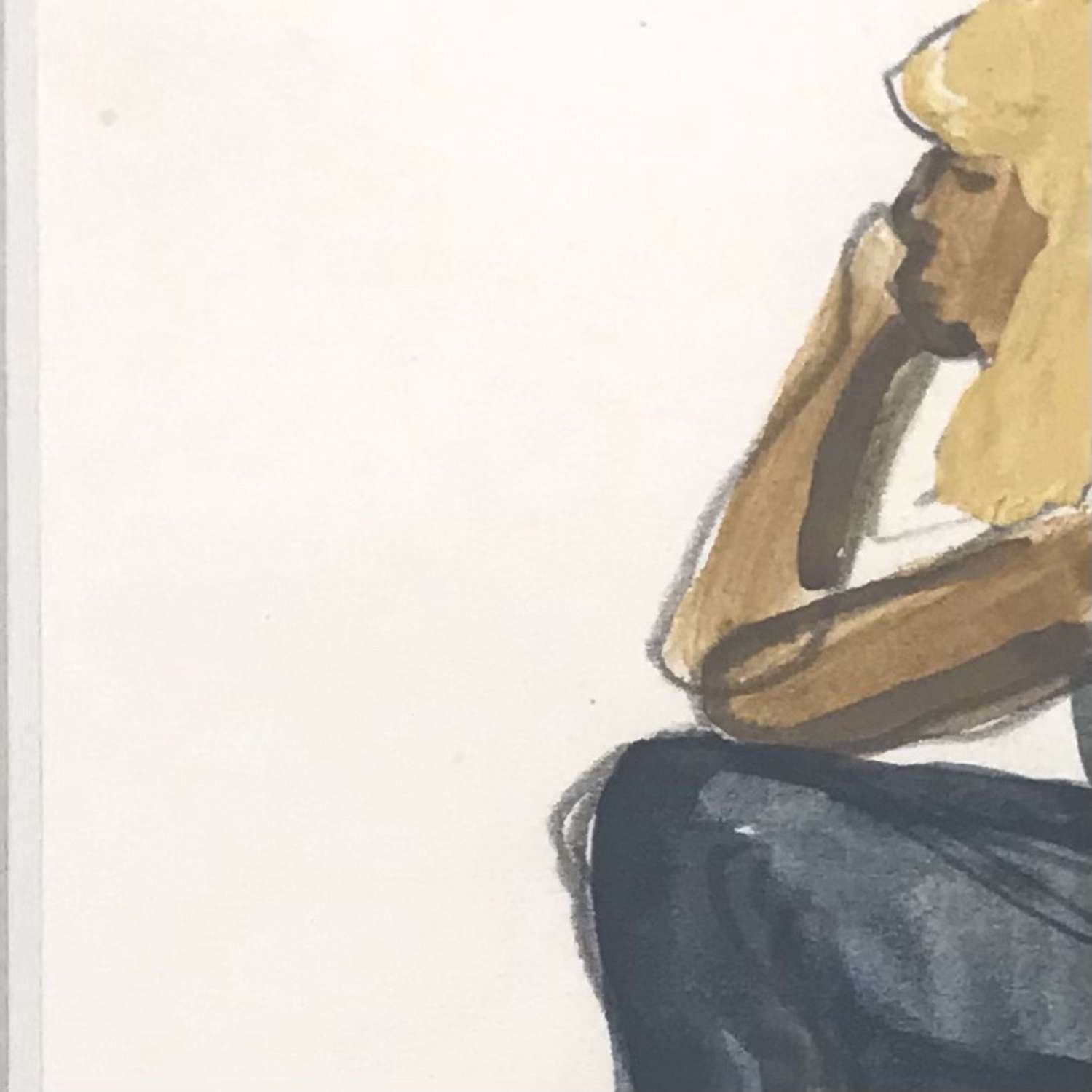 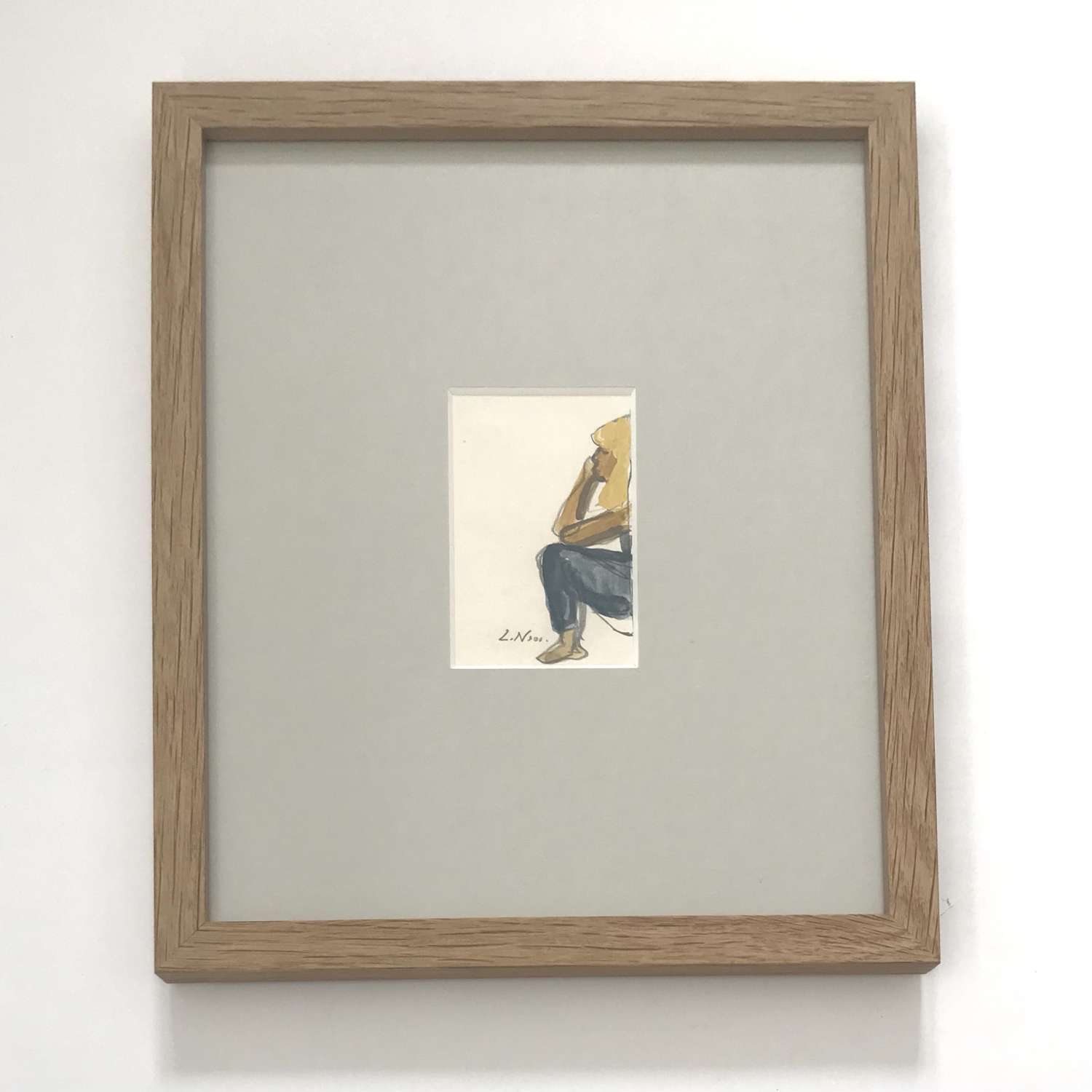 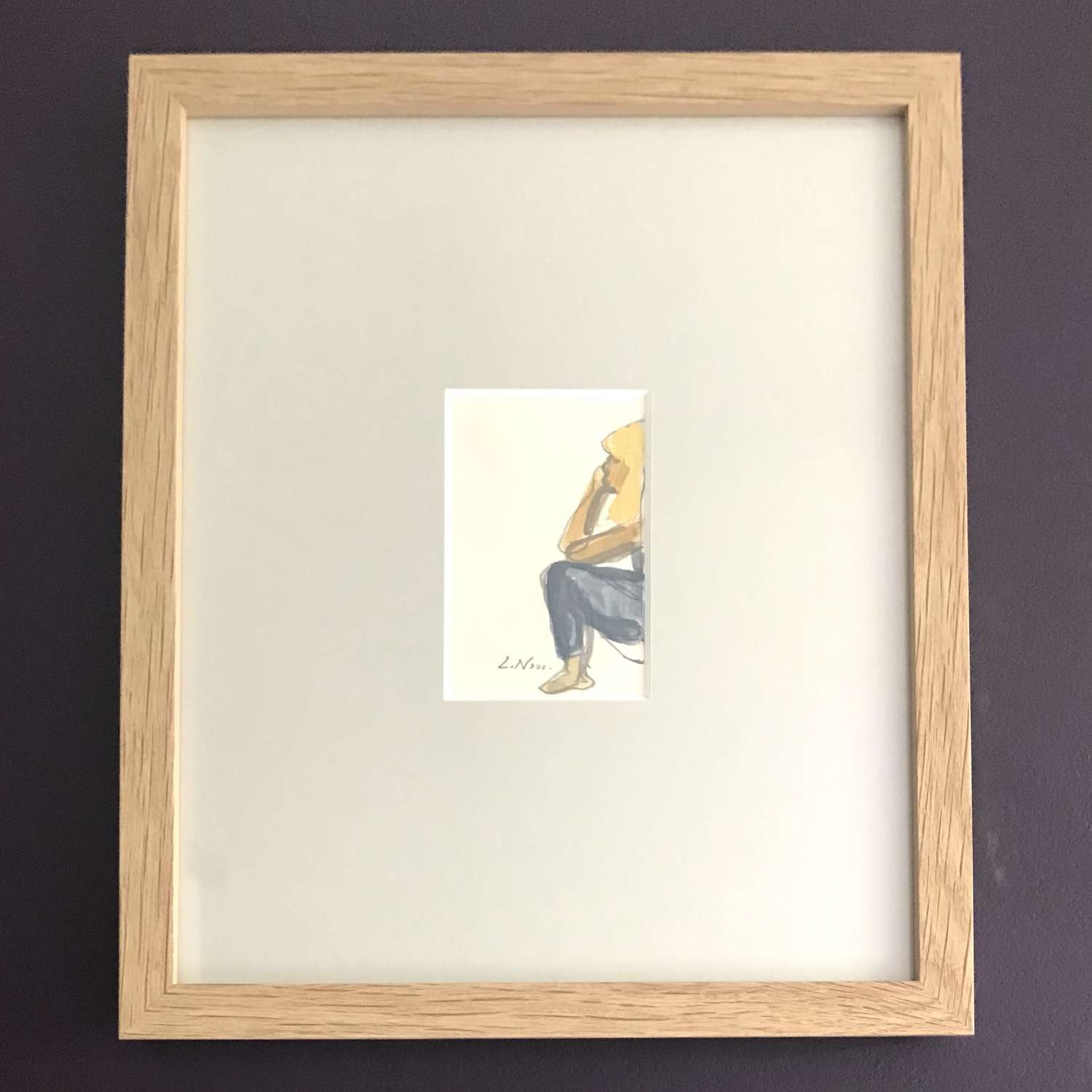