One of the most iconic examples of modern Scandinavian silver jewellery design, the splash brooch was designed by Henning Koppel for Georg Jensen in 1946. This was one of his earliest designed for the firm and remains one of his most recognisable.

The brooch is hallmarked with the Jensen dotted oval mark, HK, 88, 925S Denmark. It possibly an early eaxample and is in excellent used condition. 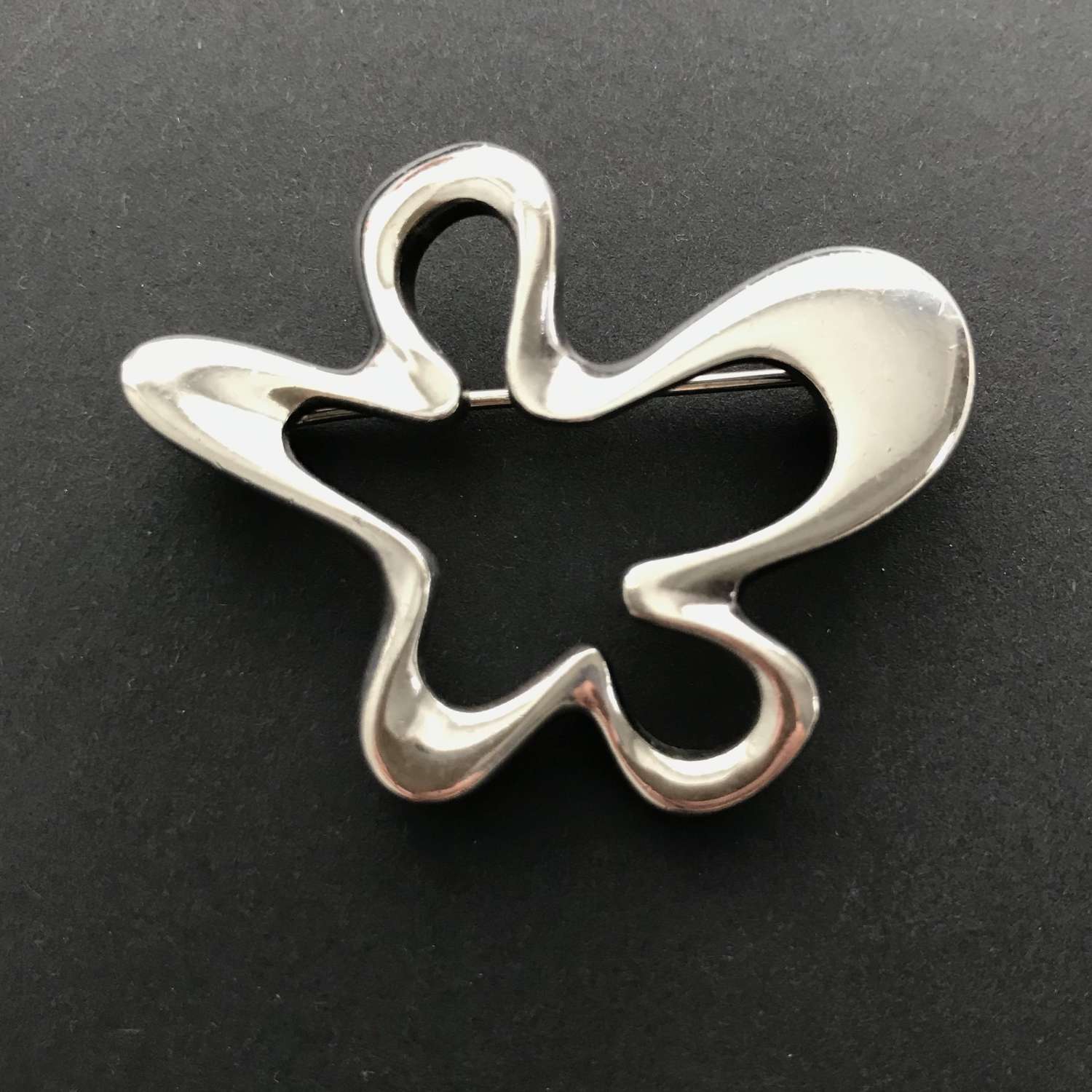 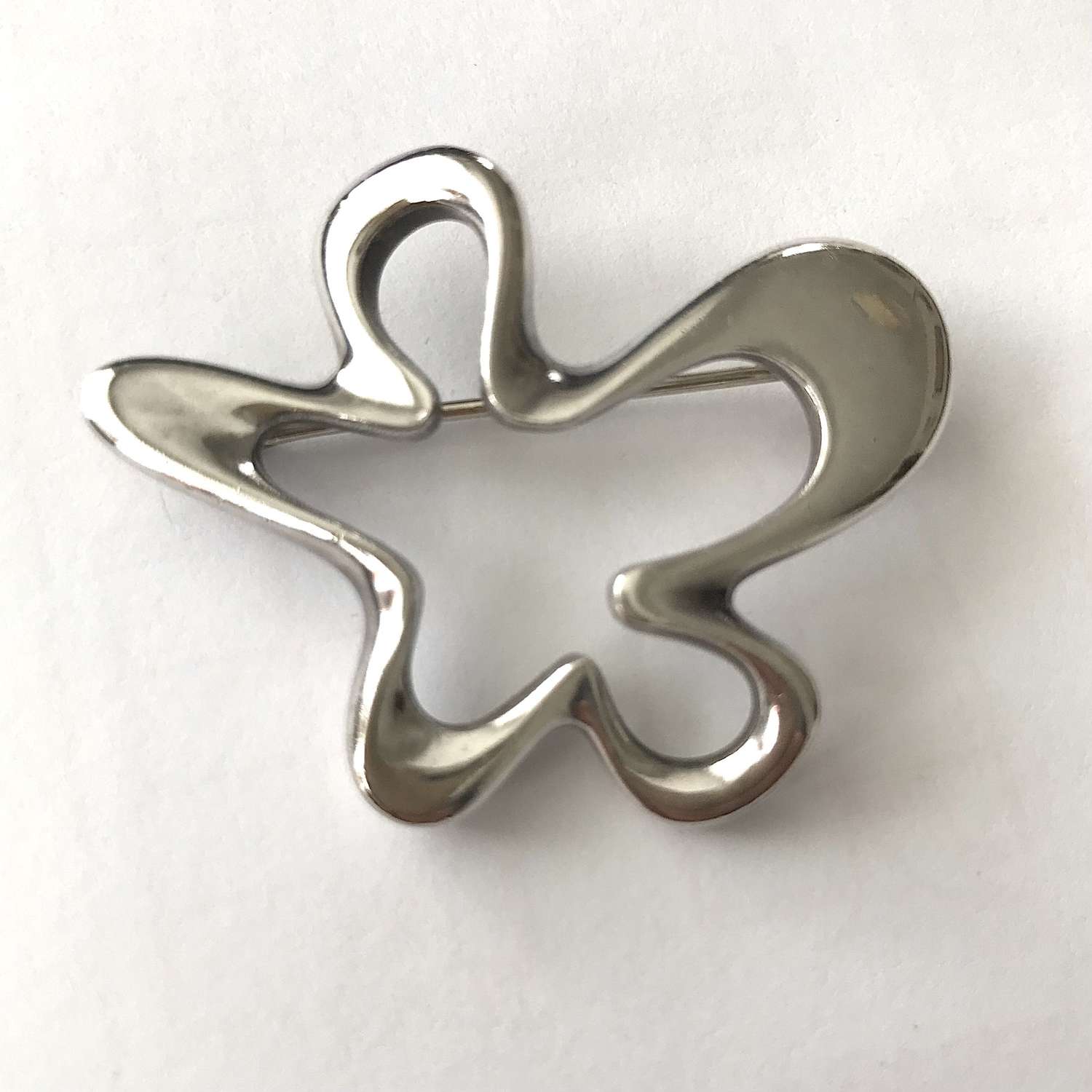 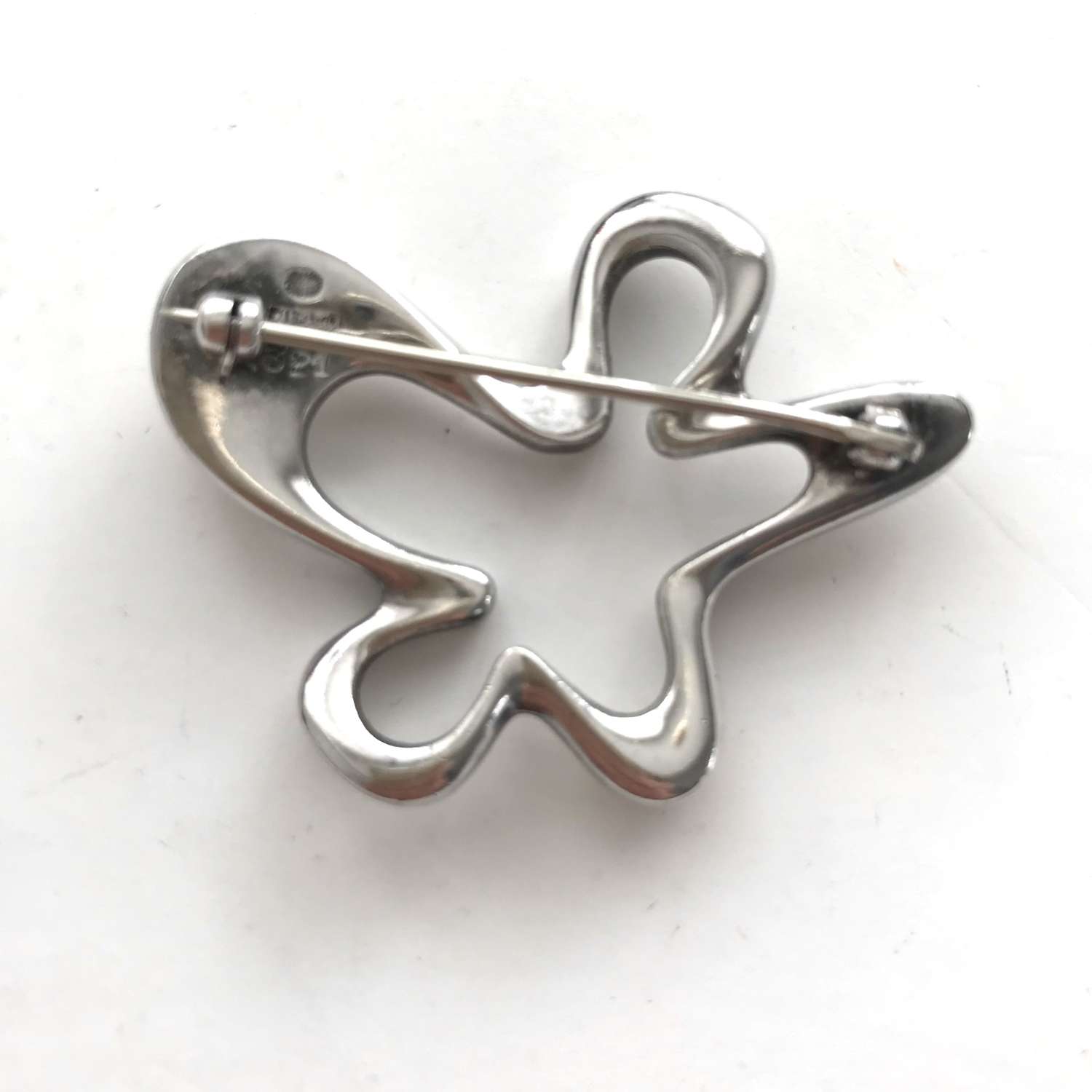 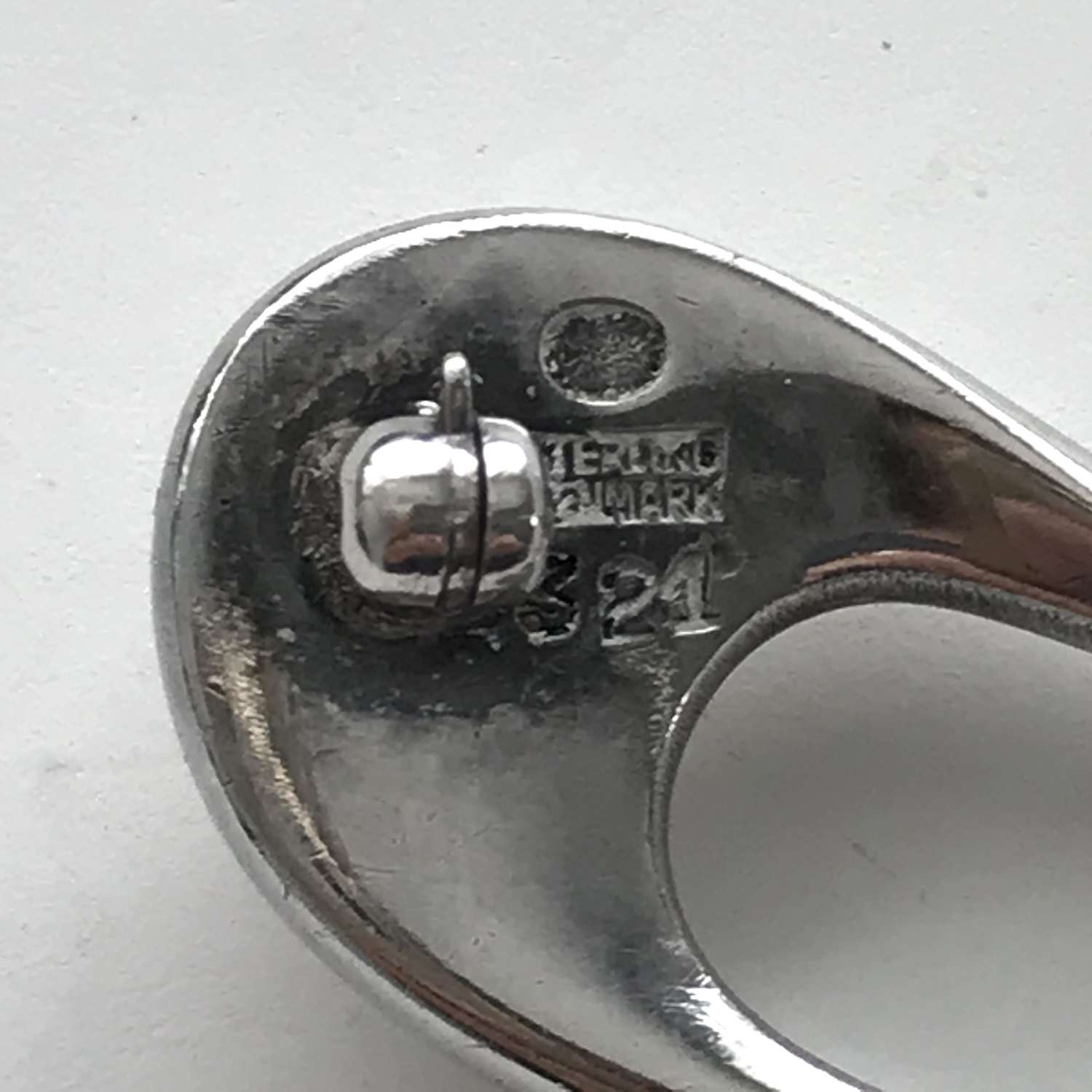